About Sonia! The Healthy Foodie 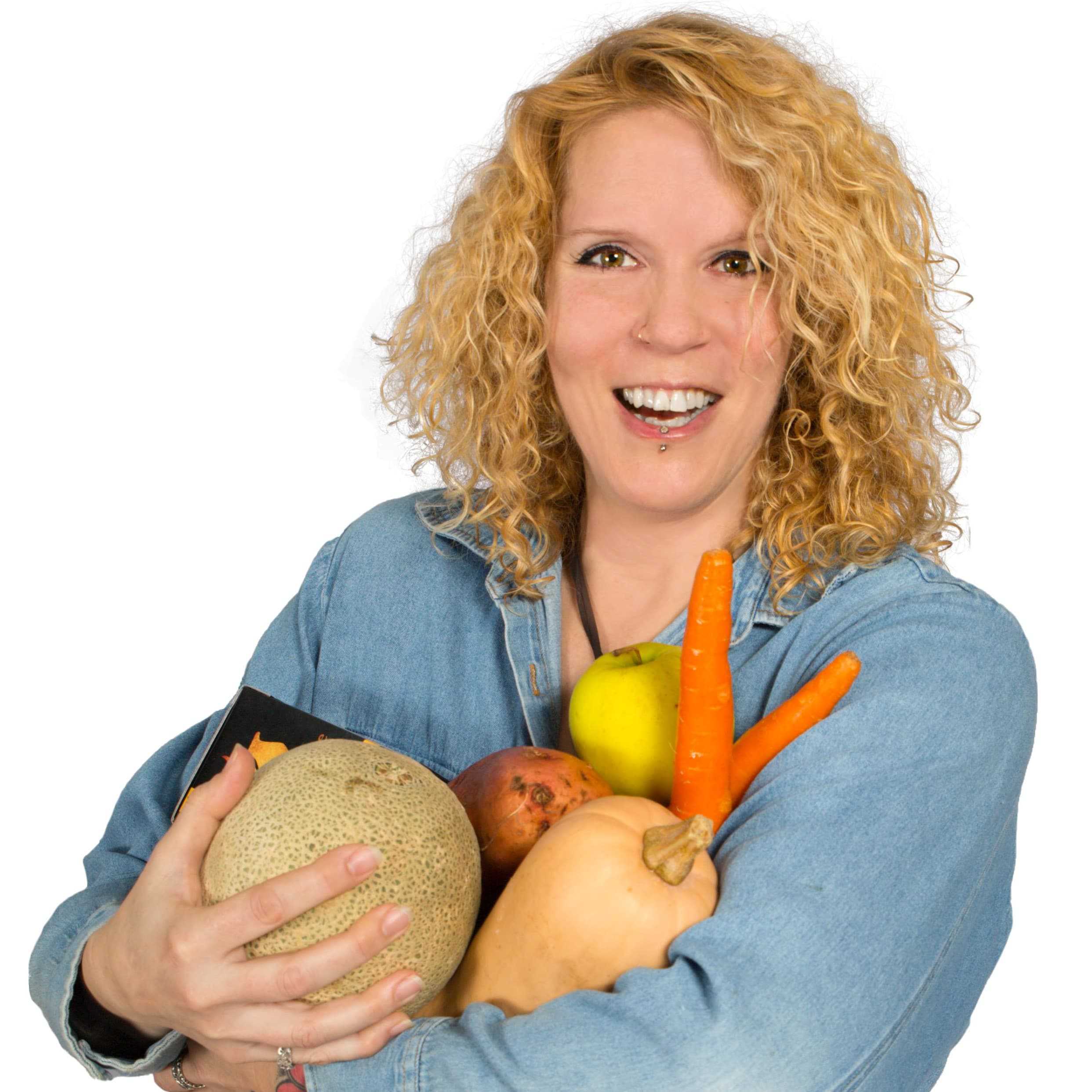 I am Sonia, a 46 year old French Canadian from Québec (Canada), mother of 2 [fully grown] kids, who’s turned her life around at age 35 and decided to embrace a healthy lifestyle and clean-up her diet quite a bit.

My whole life I have struggled with my weight, and many times I have fallen victim to the diet syndrome. I would starve myself and eat “rabbit” food for months. Sure, I would lose the weight, but it would only be a matter of time before I gained it all back, because I never knew how to feed my body properly and, more importantly, make it stick.

It started with a New Year’s resolution

In 2008, I decided that I wanted to shed some [ahem] 50-60 pounds and get in shape. I had already quit smoking 2 years prior and had dramatically lowered my alcohol consumption the year after that, going from several drinks a day to drinking only on the week-ends. Eventually, the need to drink alcohol completely subsided and I now have a totally appropriate relationship with booze.

My official resolution that year had been to be active for a minimum of 30 minutes a day, at least 6 days out of the week. I invested in an elliptical machine and a couple of sets of dumbbells and started training at home. I was extra motivated and the half hour a day soon became an hour… The pounds started to come off and I felt so much better, so energized, so pumped! I was looking forward to my exercise sessions, but I soon felt like I needed more, I needed a tangible goal…

I experimented with all kinds of different exercises 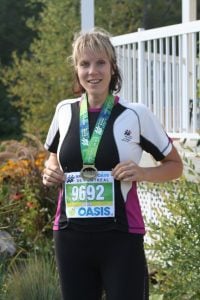 That’s when I started running and set a goal to run 10km at the Marathon de Montréal in September of 2010. Well, not only did I achieve that, I surpassed it! I actually ran a half-marathon, which I completed in 2 hours, 1 minute and 40 seconds.

My running career was short-lived because frankly, I didn’t care for it at all. However, I always found a way to stay motivated and keep my body active by alternating between different activities, namely resistance training, cardio, Zumba, aerobics, yoga, cycling, crossfit, weightlifting and rowing.

I also experimented with all kinds of different diets 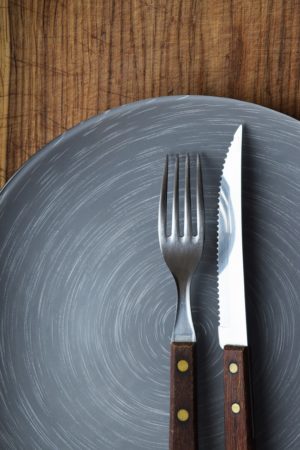 The “food” aspect of my journey is the main reason why The Healthy Foodie came into existence. It was a means for me to stay on track and keep a record of the recipes I’d created and meals I’d eaten. What started as a simple personal online food diary soon became a real passion for me. It inspired me and helped me expand my boundaries and make tons of new discoveries, through sharing recipes and ideas with other people just like me.

Throughout the years, I experimented with many different diets, from low-fat, and calorie restrictive to practically vegetarian, to omnivore again, to full-on strict paleo (I’ve stuck with that one for a number of years, and even wrote a cookbook) and now, strict vegan for totally altruistic purposes. But more on this later…

I gave tracking my calories, counting and tweaking my macros a real good shot – I tried taking all kinds of supplements, too, all in a vain effort to get what I considered to be “my ideal body”. I eventually became overly obsessed with putting nothing but healthy food in my mouth, so much so that it became almost detrimental to my health… and to my overall happiness.

8 years down the road, I came to realize that “healthy” doesn’t have to be flawless. In fact, there exists so many different versions of healthy that it’s impossible to get it perfectly right; it is pretty much what YOU make it, want it, or believe it to be.

Truth is, for every study out there, praising the benefits of one thing or another, you’re certain to find a bunch more that state the exact opposite. I’m sure we can all agree that refined sugar is bad for you and that Fruit Loops and Pop Tarts aren’t your optimal breakfast items and could under no circumstances ever be considered to be healthy. But when it comes to real food, though, i.e. vegetables, fruits, nuts, seeds, grains and the likes, I think that you need to do what works for you.

At least that’s where I am at now in my quest for a healthier me: working hard at finding my own healthy balance.

And then, I went vegan… For all the right reasons! 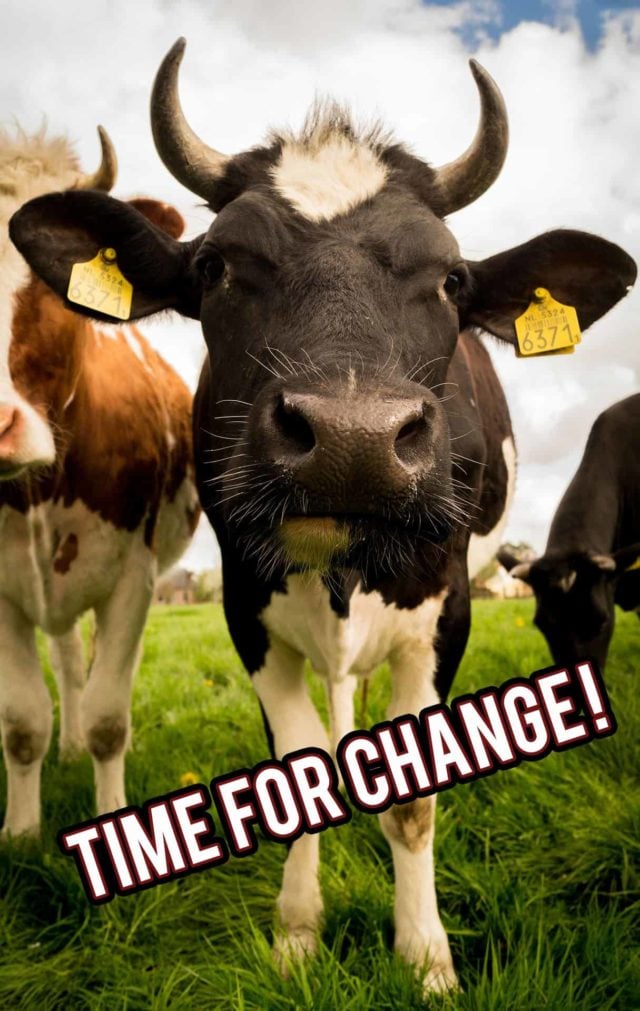 Then eventually, a magical thing happened: I went through a severe depression! But that was probably the best thing that ever happened to me, because I eventually sought help, and that led me to discover meditation and the teachings of the Buddhist philosophy. This has had a profound positive impact on my life. Through those teachings, I got to learn a great deal about love and compassion and I soon started to feel a huge amount of that towards our Mother earth, as well as all the sentient beings that she shelters. I soon established that I wanted to make a valid effort towards making a change for the better, starting with reducing my ecological footprint. And well, many studies prove that the fastest and most efficient way to do that was to switch to a vegan diet, because animal agriculture is what’s destroying the planet at the scariest and fastest pace.

To say that my mind was resisting that change would be an understatement — like seriously… giving up meat for good? Are you insane? — but I was determined that it was the right thing to do. To help me reinforce that feeling, I worked up the courage to face my aversion — who wants to actually watch innocent animals get mistreated and abused? — got my head out of the sand and watched a few ground-breaking documentaries (all available on Netflix) namely What the Health, Fork Over Knives, Cowspiracy and Food, Inc. That totally did it for me, it was like an awakening from which you can never fall asleep again. My eyes finally opened up to how insanely badly the animals get treated, how we managed to turn them into actual products, and how extensively we’re destroying the planet to produce our precious meat. I wept.

This also lead me to finally realize the true meaning of “voting with your dollar”. Every single time I purchased a product from one of these monstrous corporations, I was in fact not only telling them that I was in total agreement with their ways and actions, but I was also FINANCING them! I no longer wished to be a part of this. Even if I did purchase most of my meat from local, sustainable farms, I was still contributing to the destruction of the planet, because the impact of raising the animals is the same. Plus, all the animals end up going through the same slaughtering process, and well, there is simply no humane way to kill an animal. And so I became vegan, practically overnight.

For the first time since I started this journey, I switched diets for entirely selfless reasons. And seeing as how it’s impossible for me to un-know what I now know, or un-see all that I’ve seen, I know that I’ll never be able to go back to consuming meat again. I can no longer be a part of the carnage, the torture, the abuse and killing of innocent sentient beings, all for our own personal egoistical pleasure.

And that is why I feel so strongly about this new lifestyle. I’m not doing it for me: I’m doing it for you, for the future generations, for the planet and mainly, for the animals.

I sincerely wish that you will consider going vegan, too, if you aren’t already. Or at the very least, reduce your meat consumption drastically. For me, for the future generations, for the planet, and mainly, for the animals.

I hope to inspire you to become a healthier you!

In the end, what works for me might not necessarily work for you, but still, I have no doubt that you’ll have no trouble finding a few recipes that fit YOUR current beliefs and circumstances.

So, feel free to flip through the pages of my food diary and, by all means, leave your comments and feedback: I absolutely LOVE hearing from you!