Burger and Fries For A Troubled Brain…

I’m just useless today… it’s been a real tough week-end for me, as I got to say my final goodbyes to my dad.

Food wise, I’ve been extremely bad all week-end, starting Friday… In fact, you are looking at the healthiest meal I’ve had in 3 days! I mean seriously, I’ve had ice cream for breakfast on Sunday morning.

If it was only that, it wouldn’t be so bad, but the thing is, I’ve also had ice cream as a late night snack on Saturday, and ice cream for lunch on Friday. Plus, I must’ve eaten the equivalent of at least half a dozen brownies for supper on Saturday.

Did anyone say emotional eating? I was the very definition of it all week-end long. I needed comforting and found it in junk food.

For real, I couldn’t bring myself to eat anything but sugar or fat. I felt like a drunk who couldn’t stop himself from having that “one last drink”, even though they knew they’d had way more than enough already. I guess that was my way of dealing with saying goodbye to my dad. Looks like I didn’t handle it very well.  🙁

Do I need to tell you I feel like total crap now? And guilty? And ashamed?

I guess this whole cremation / funeral thing has put a lot more stress on me than I had initially imagined it would, but now that it’s behind me, I hope I can resume eating normal food and feeling great about myself again.

Looking at this hamburger, I’d say there’s still hope for me… 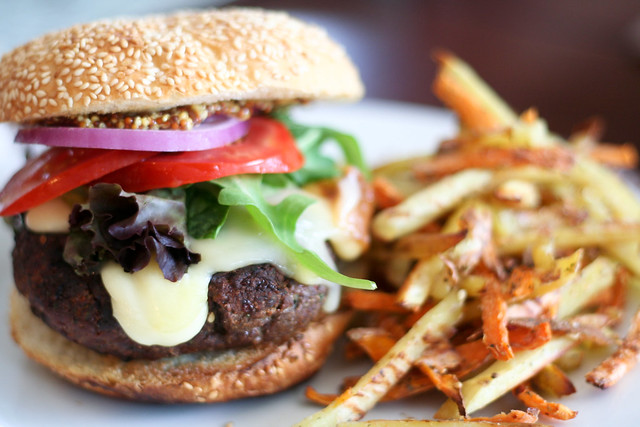 You see, for some reason, besides sugar and fat, one of the things that I’d really been craving all week-end is beef, in the form of a big, juicy hamburger. So I decided that I would give in to that insane request from my brain gone mad too, but that I would at least try and make that one somewhat healthy.

No problemo! I only needed to come up with a new recipe.

Since I had no beef in the house, I had to pay a visit to the closest grocery store (which is more like a convenience store, really) to get some, as well as some hamburger buns. Unfortunately, they didn’t have any “fancy” bread, so whole wheat was out of the question… I ended up having to buy plain, white kaisers. 🙁

I also got to give Nora’s Crispy Sweet Potato Fries another go! I got much better results this time, the fries were nice and crispy, but since I was a bit short on time, I didn’t manage to give them the complete cooking / drying time that they needed… so I guess they could’ve been even crispier still.

Looks like I will have to give them a third try and REALLY plan ahead, this time. I need to keep in mind that I need AT LEAST an hour and a half to make these babies. Hey, you know what they say: third time’s the charm! 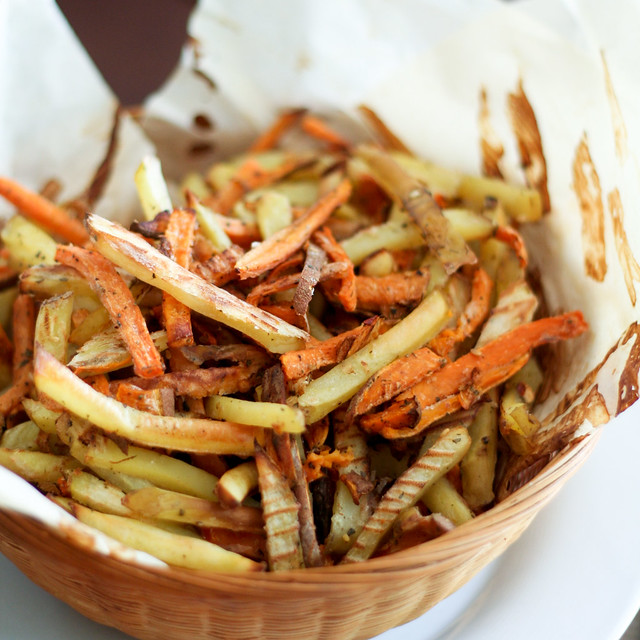 As for the hamburger? It was just what the doctor ordered. My brain didn’t even realise that I had pulled a prank on it and served it a healthy version of the junk food that it was badly craving.

Now I really have to get busy and start working on healthy sweets, in preparation for the next crisis…

Hey, you never know when it’ll hit next! 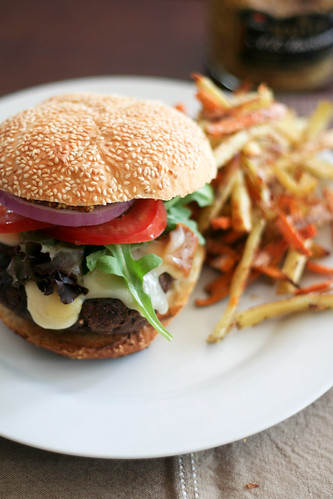 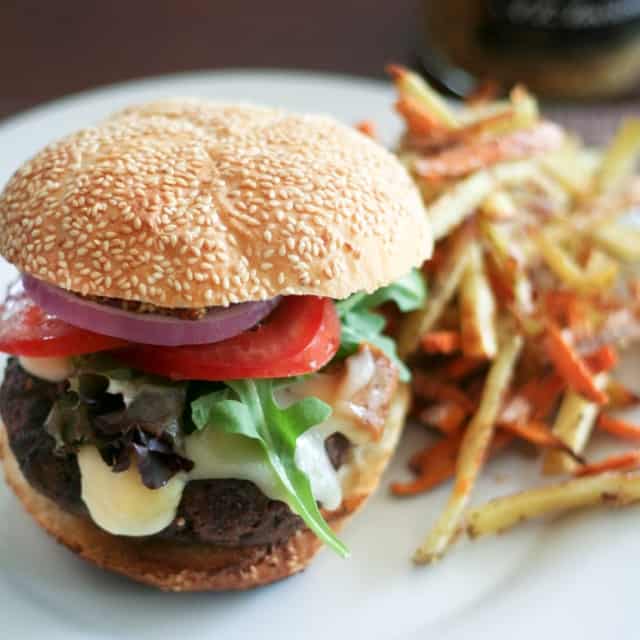 Did I mention I was also craving cheese? 😉 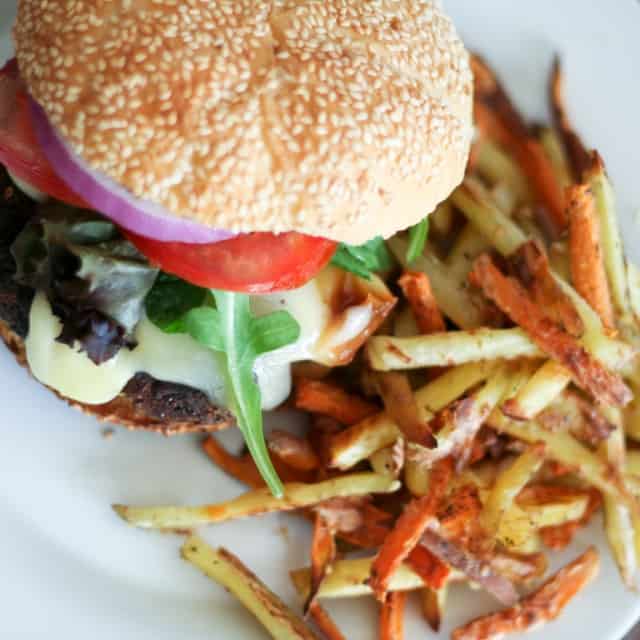 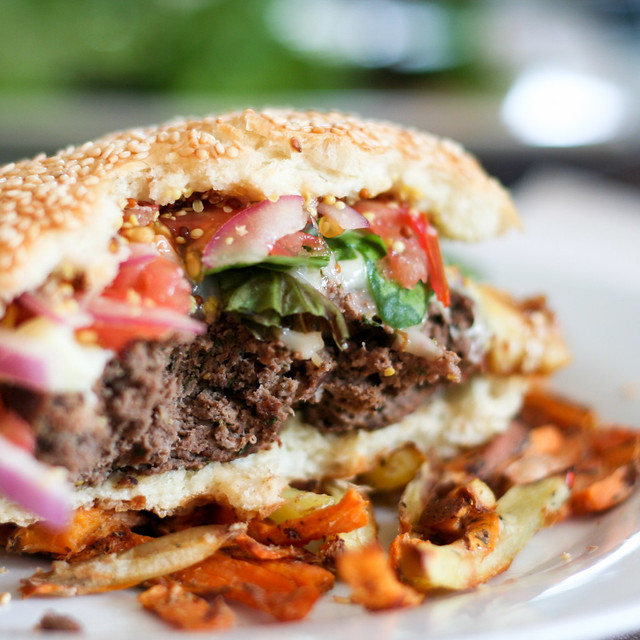 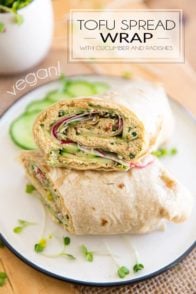 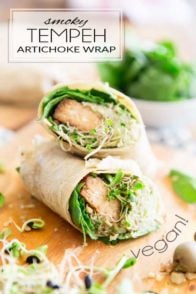 17 Comments on “Burger and Fries For A Troubled Brain…”