I saw my brother last Friday and he gave me the most awesome birthday present : this absolutely gorgeous olive oil and this superb white wine vinegar. 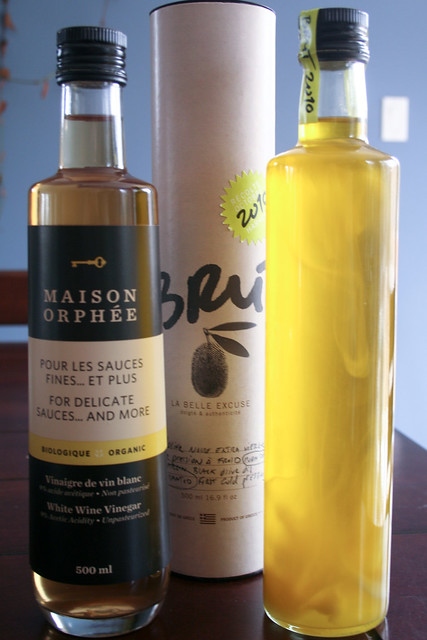 The timing was absolutely perfect, for I had pizza on the menu for the week-end, which I was planning on topping with a handful of arugula slightly dressed with… olive oil, lemon zest and vinegar!

Another fairly good timing was my stumbling upon this recipe. I was happy with my usual pizza dough, but not ecstatic. I mean it was good, but a little too doughy for my taste. I wanted something with a little more crisp and crunch. Now this new one really delivers! While not perfect as is, it’s still a major improvement! Now I have a serious base to work with.

It does require a little bit of work, well, no, not work… prep and thinking ahead of time. I had to get that one started when I got home in the middle of the night on Saturday. I had my mind set on giving it a try that week-end and it was the only way this was going to happen… I refused to wait for the next pizza.

Thank goodness it doesn’t take that long to get the dough started. Not being familiar with the recipe, however, resulted in a lot of questioning and hesitation. For instance, I expected the soaker to be a lot looser than it actually is. But alas, both the soaker and the biga looked exactly the same when done. The only way I could think of to be certain I would be able to tell them apart the next day was to remember that I had put the biga in a bigga’ bowl. Yeah, I know…  go easy on me, please… middle of the night, remember?

Also, the recipe doesn’t say to let the dough rise after forming the tight little balls. I thought it very odd and decided to let mine rise for about an hour and a half, and I am sure it could’ve used another half hour.

All this work resulted in a light and crispy pizza dough. I was fairly impressed, especially since it’s made entirely from whole wheat flour and doesn’t call for the addition of gluten flour.

As for the toppings I chose to use? Oh my YUM! Even better than the apple version I did not so long ago. This was by far my ultimate favourite pizza ever! (I know, I know, I say that every time…) The addition of arugula, with the hint of lemon and the freshly grated nutmeg. OH! I can’t even find the words. Don’t they say a picture is worth a thousand of those? Well, here goes… 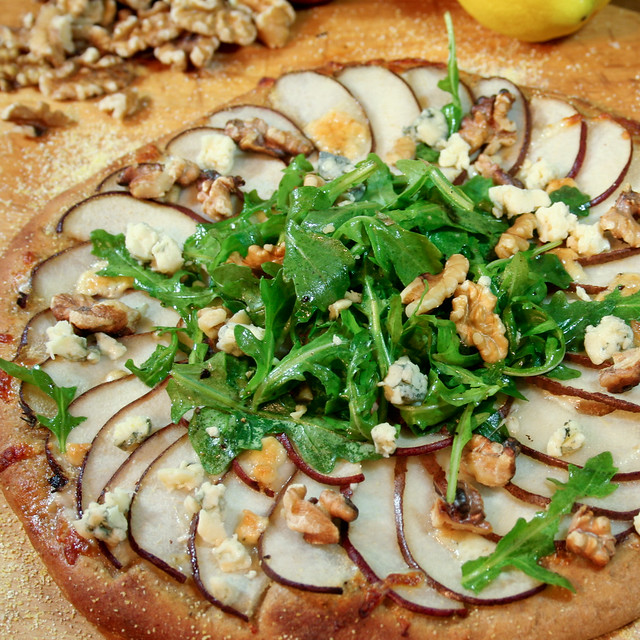 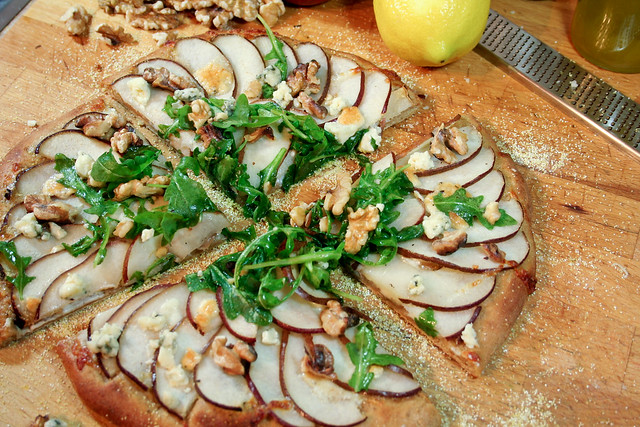 For each pizza, you will need: 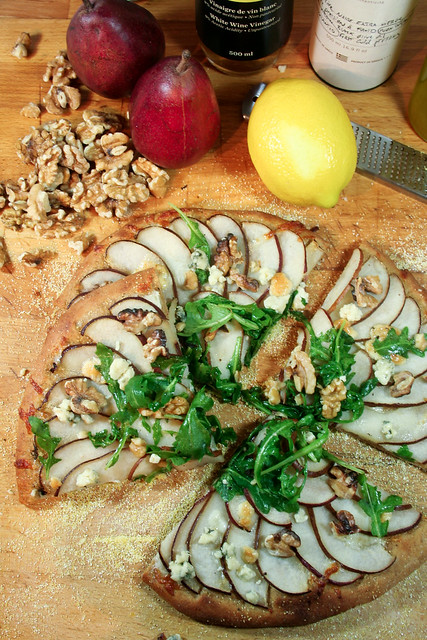