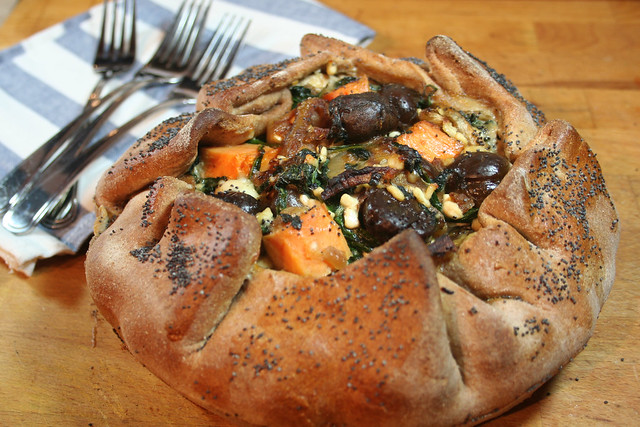 Tracey, over at Tracey’s Culinary Adventures, gave me the inspiration for this dish . When I saw it, I thought that tart looked so amazingly good but I really didn’t like the idea of using so much butter in the crust. I think that, unfortunately, good old pie crust is a thing of the past for me… It requires way too much fat to be a part of my regular diet. But I refuse to cross pies entirely off my list! I like them way too much for that. I simply have to look for ways to make them a whole lot healthier.

Back to Tracey’s tart, I thought that the “bready” crust I had used for my rustic spinach feta galette would work great! Then I thought maybe if I was going to use that crust, that I could do the exact same technique as the one I had used for said galette but change the stuffing to match that of the tart! Aaaah, now there’s a great idea!

From there, I totally forgot about the recipe and let my imagination run wild. I had to use sweet potatoes, as to me, that was the base ingredient. I also wanted chestnuts in there. And spinach was also a must. For some reason, I really wanted to try the spinach, chestnuts and sweet potato combination. I wasn’t convinced it was going to work well with the feta cheese but still, I had to try it. If it didn’t work out, then I could always make a few adjustments next time…

Well, I think I made a pretty good call in the end. No adjustments necessary here. I think all the flavours and textures complemented each other just fine. This is another keeper, for sure. Oh, and I have some leftover in the fridge, so now I look forward to trying it cold. I’m hoping it’ll be just as good as the spinach / feta version was!

I just love easy, versatile dishes such as this one! 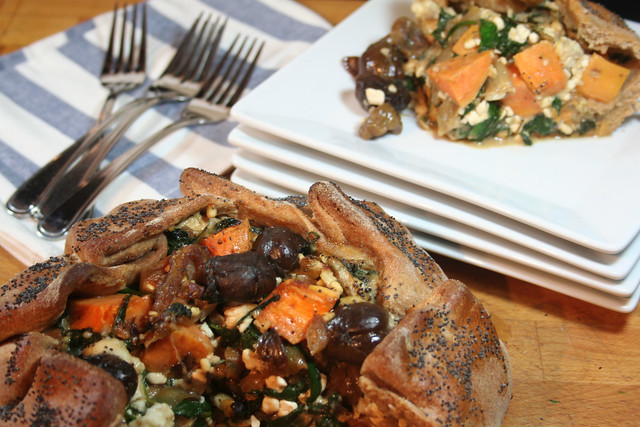 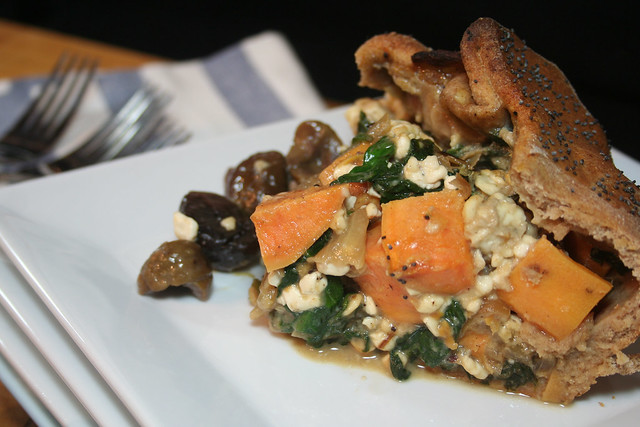