First off, I want to thank each and every one of you for the awesome comments that you all left me for my 1st blogiversary. You are all so incredibly nice to me, I can’t even begin to tell you just how deeply touched I am. You ARE my inspiration, all of you. I couldn’t have asked for a better blogiversary, really! (although sadly, it looks like TS didn’t care for my cake and rejected my submission, which saddened me a little… Rejection is never easy, especially not when it’s something that you are really proud of that gets rejected. But hey, there will be others!)

You see, my mostest ultimatest favorite thing about blogging is hearing from you guys! This, to me, is what makes it all worthwhile: to know that I am making a difference, to know that there are others like me out there who appreciate good, healthy food, and to get the impression that I am having some sort of an impact on other people’s lives and health.

And of course, the fact that I get to meet all kinds of fantastic people. That just can’t be beat. You guys are the best followers in the whole wide world! For real!

Thank you all so very much, from the bottom of my heart. I really wish I could send a gift card to each and every one of you. And a piece of cake to sample! 😉 (btw, if you haven’t entered the giveaway yet, there’s still time to do it! Winners will be announced on Friday!)

Now, today’s recipe was inspired to me by a fellow Canadian blogger who also happened to have her blogiversary yesterday: the very beautiful and extremely talented Angela, over at Oh She Glows. 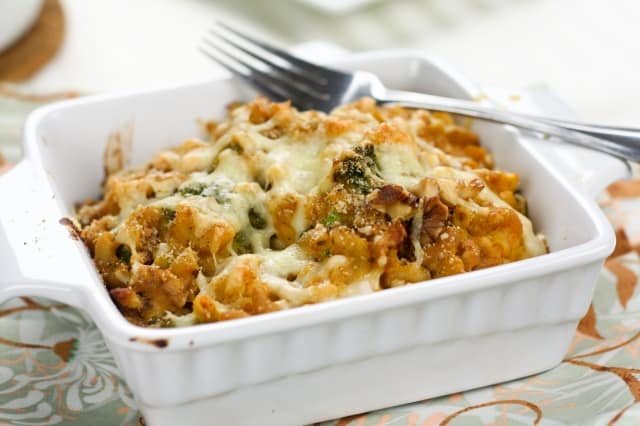 I had heard many times of using natural yeast as a replacement for cheese in sauces and really meant to give it a try, eventually. However, when I saw that Angela had combined it with pumpkin, that “eventually” status just changed to “immediately”.

I happened to have some cooked buttercup squash in the fridge that I had made with the intent of revisiting my stuffed squash recipe, but I kind of forgot them in the oven, so they were  too cooked to be used for that purpose. Bah, no big deal, I simply changed my plans for that night, scooped out the flesh, mashed it and put it in the fridge, thinking I would find a way to use it, eventually.

And then I remembered Angela’s recipe. That’s how I was going to use the squash! I used it instead of the pumpkin puree that the original recipe called for.

I’ll be honest with you, I made this recipe twice in the same week. Hey, I had LOTS of squash, ok? 😉 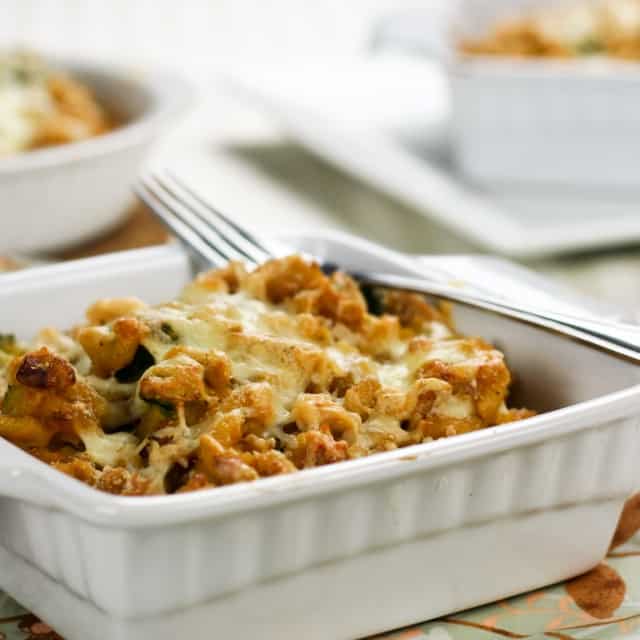 But that wasn’t the only reason. The dish turned out to be REALLY good, and I didn’t mind eating it 2 times in a row. The first time, I used spinach instead of broccoli, and it was amazing. However, I found that I wanted a little more sauce than the recipe had to offer, so I doubled the quantity the second time. Oh, and, I also added a tiny little bit of sharp cheddar, for a more cheezy taste.

The verdict? This is a definite winner!

While no mac and cheese can ever be as creamy as the real, fully loaded with full of full fat cheeses mac and cheese, this one is still very creamy and tasty, it does have a nice cheesy taste and feel to it, and the addition of walnuts gives it a great crunch, which you all know I am a big fan of!

Tell you what… it’s about 3 million times better than the blue boxed stuff, and if you’re going to use canned pumpkin puree, it probably takes about the same time to make.

The choice is a no brainer, really! 😉 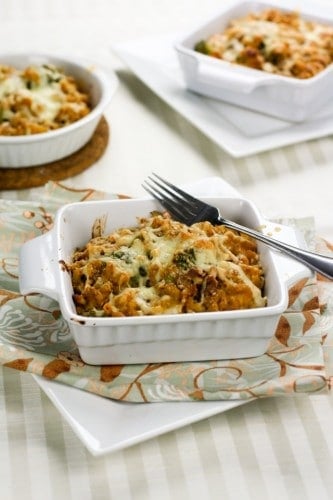 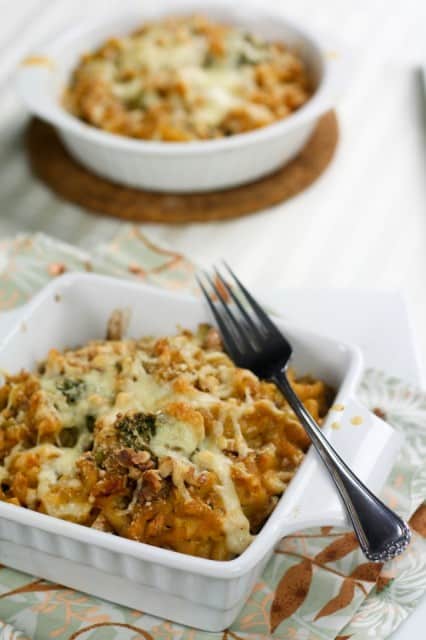 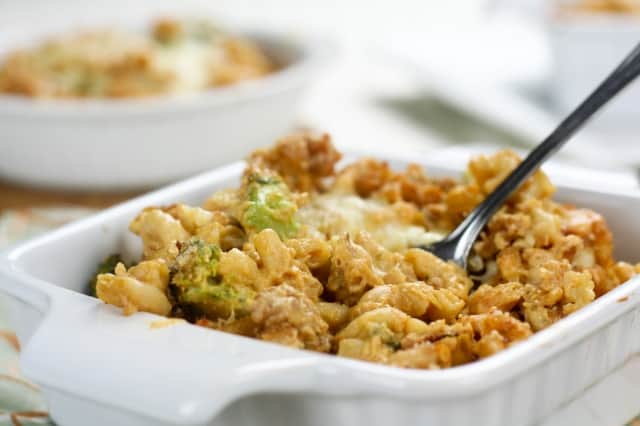 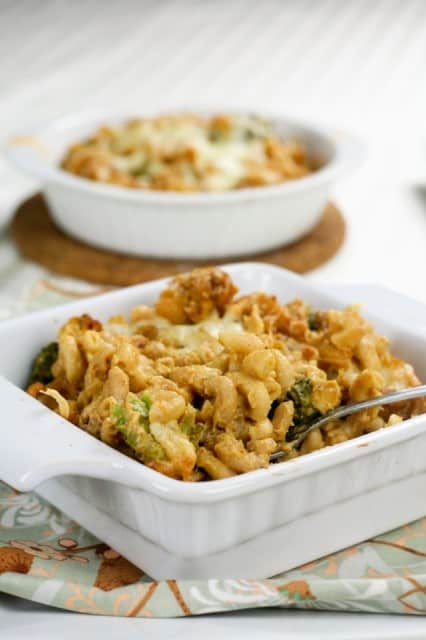 posted by Sonia! The Healthy Foodie on November 1, 2011