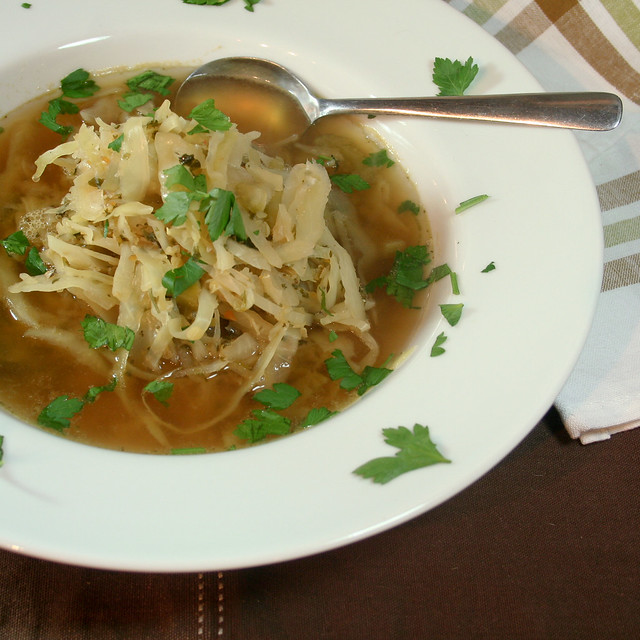 I had leftover cabbage in the fridge. It was just laying there, all sad and lonely, and if I hadn’t done anything to save the poor thing, it would’ve just gone to waste. I hate letting perfectly good food go to waste, so I had to think of an idea quick, before it was too late. But what do you do with cabbage, aside from coleslaw and cabbage rolls? SOUP, of course!  There’s a brilliant idea. The only problem is, I’ve never had cabbage soup in my life, let alone MAKE one from scratch.

I started looking on the Internet for sources of inspiration, to find out what usually goes into cabbage soup. All the recipes that I found called for all sorts of vegetables, namely tomatoes and carrots, or even worse, potatoes. I didn’t want to make vegetable soup, I wanted to make CABBAGE soup. So I decided to just take a shot at it. I didn’t even have a plan, per se. All I knew is I wanted the broth to be fairly clear and the cabbage had to really shine. The poor thing had suffered enough as it was, I owed it to him to make it the true king of that soup. However, I also wanted to add a source of protein, so I chose red lentils for their sublte flavor and color. I thought they would find a way to make their presence known, but wouldn’t even dream of overruling King Cabbage. They would actually be an excellent ally. And that, they were…

That soup proved to be excellent. Even my daughter, who wasn’t convinced she would care for that soup all, ended up liking it so much that she took the leftovers with her to my parents’. One thing is absolutely certain now: I will never again wonder what to do with that poor piece of leftover cabbage, laying in the back of the fridge, all sad and lonely and waiting for someone to hopefully save him. In fact, there is a very good chance that I will be buying cabbage for the special purpose of making that exact same soup. 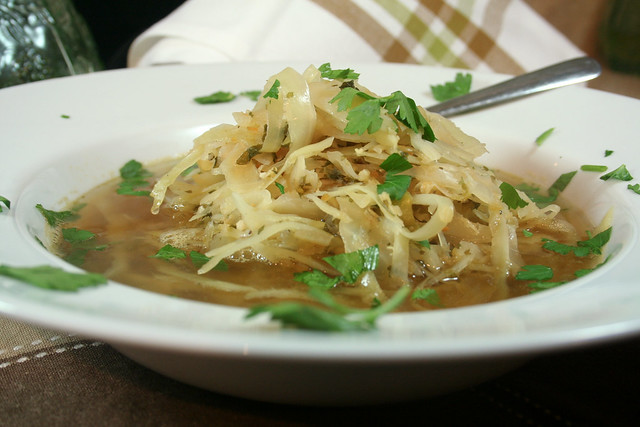