Right after I’d made this big batch of peanut butter, I logged on to Twitter one morning and was greeted by a tweet from my good friend Kris, over at Young Married Chic, stating that she was heading out to the store at 7:3o in the morning to get some pumpkin puree because she was all out.

I then answered something to the effect that she was seriously addicted to pumpkin puree if she was willing to go out that early in the morning just to get that.

And  right there, as I was typing these words, boom, just like that, I got inspired to create this crazy, creamy, sweet and spicy pumpkin nut butter.

Must be ‘cuz I know just how much Kris loves her peanut butter… but even more so her pumpkin puree!

Hey, looks like good things can come out of social media addiction, sometimes! 😉

I immediately started working on it. I just had to taste it, like RIGHT THEN AND THERE!

BUT… I decided I wanted to strain my pumpkin puree, for I didn’t want to incorporate too much water into my nut butter.  I like my butters to be on the firm side, you see!

So I’d have to be a tad patient…

It wasn’t until the next morning that I got to seriously start working on this awesome inspiration. I was soooo looking forward to getting up that day. I felt like a kid on Christmas morning. Good thing it was my day off training; at least, I could get an early start.

Good things usually happen when I’m super excited like that.

This time was no exception. 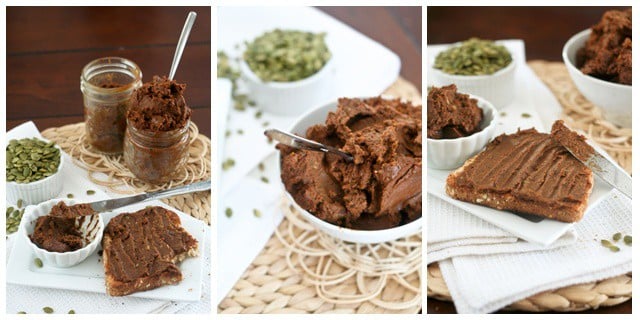 This new nut butter creation is serious good stuff! I decided to sample it on a piece of toast first, but the whole week after that, I enjoyed it with a sliced apple, instead, and it was just To.Die.For!

But really, that pumpkin nut butter is just so good, you just want to keep eating it on its own. I basically ended up eating the apple and butter separately, most of the time. 😉

So of course, the good ole spoon or finger dippin’ are always a very good option!

And always my favorite, too!

…
This stuff is seriously creamy, looks and feels like frosting! 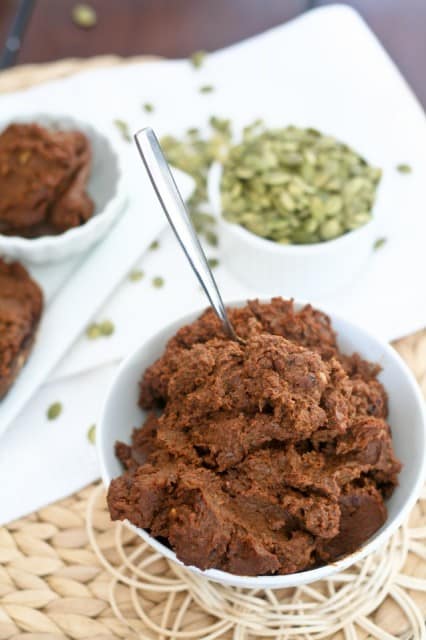 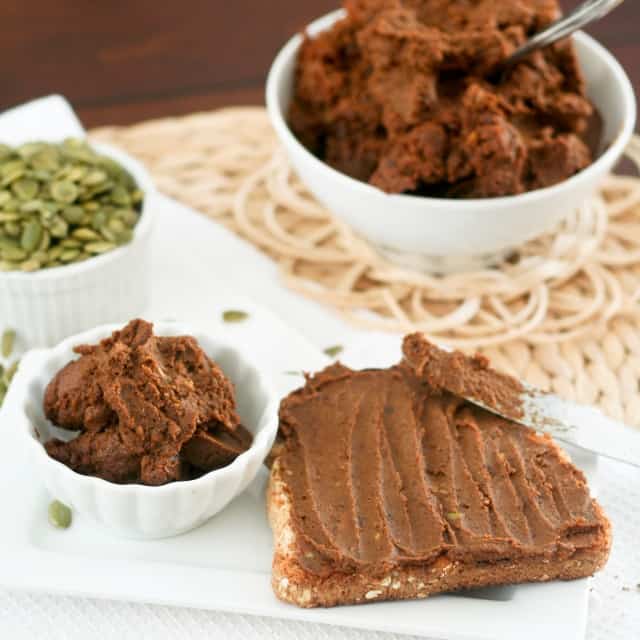 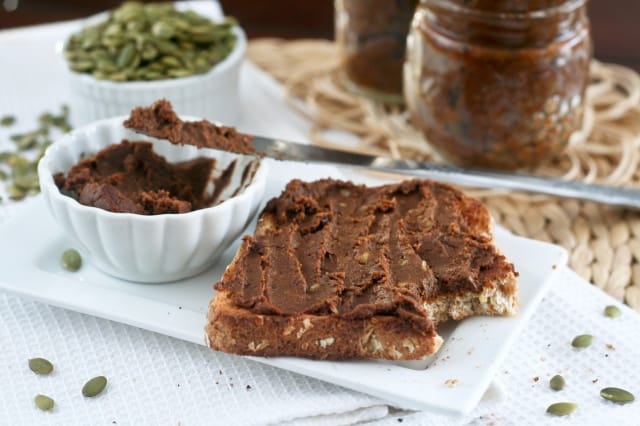