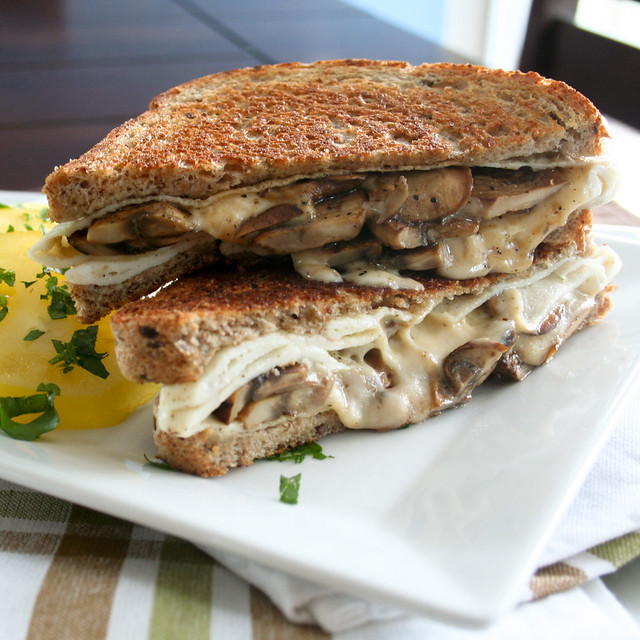 Allright, I admit… not much green happening here. BUT, to my defense, there’s got to be at least a million mushrooms in that sandwich! AND I did eat a whole yellow tomato as a side dish. So I think this qualifies as being healthy!

You see, I was really in the mood for a grilled cheese sandwich but I needed to find a way to make it somewhat healthy. Not that whole grain bread and cheese alone is entirely bad for you, but let’s just say it lacks a little bit in the nutrients department! So I decided I would add some veggies. My fridge being almost empty, I didn’t have that much to choose from: Mushrooms, tomatoes, lettuce and broccoli. Let’s just say mushrooms became the obvious choice.

I was going to also add the tomatoes, but I thought that my sandwich was still lacking something very important: protein! Then it hit me. Why not make a very thin egg white omelet, then put my mushrooms and cheese in the middle, fold the edges of my omelet to make it into a  neat little pocket, put that pocket between two slices of bread and then grill the resulting sandwich to melt the cheese! BRILLIANT! Suddenly, poor missis tomato didn’t seem like she belonged anymore, so I had her as a side dish instead. 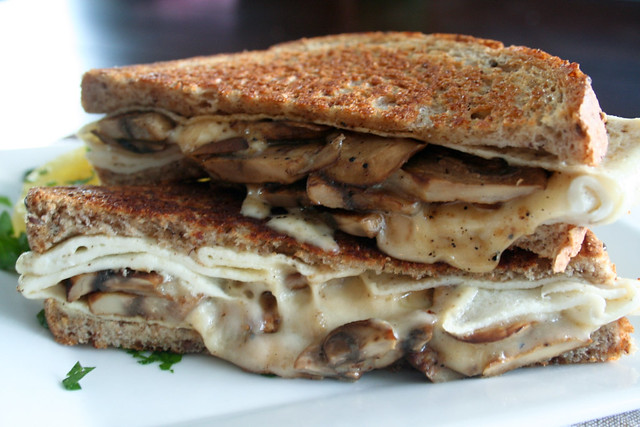 Man, that sandwich was good! I think this one will become a classic lunch for week-end days… with endless variations on the subject, of course!

The ingredients that went into that one go as follows: 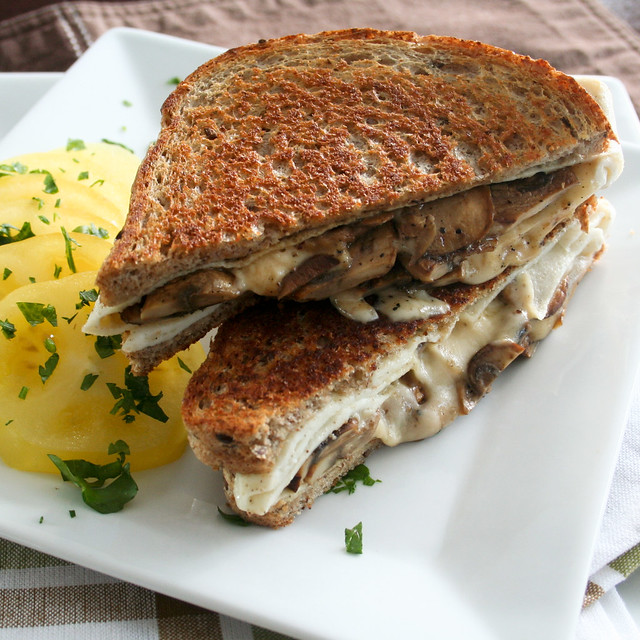 9 Comments on “Grilled Cheese Sandwich – Kicked Up A Notch!”