Lobster being on sale this week, this is what I ended up eating this week-end, instead of the pizza I had originally planned. I guess that pizza will have to wait again… I simply couldn’t pass up on live lobster at 5 bucks a pound, and, frankly, I think I wasn’t the only one. Just the morning when I went to buy mine, they had already sold over 600 pounds worth of the little beasts at my local supermarket.

I can’t say that I am a huge fan of lobster. Don’t get me wrong, I LOVE its great taste and texture as well as good nutritional values and low cal density (bonus!!!) but I hate the fact that eating it has to be so unbelievably messy. Sure, you could always prepare it ahead of time and make it into something, instead of just eating whole lobsters, but it does take away from the experience. Plus, it would be just as messy, only not AT the table… 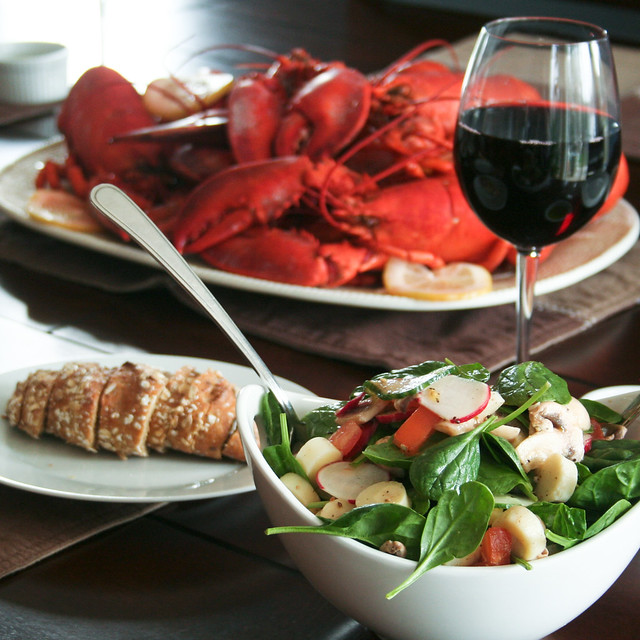 Messy or not, I would say that this was a feast fit for a queen (hey, it was mother’s day, wasn’t it?), served with a nice light salad, cute little loaves of multi grain bread, red wine and garlic butter, although I stayed away from that last item, for very obvious reasons! I wouldn’t want to annihilate the low cal density bonus, now, would I? 😉

Now, don’t ask me how to cook lobster. I’m not even going to touch that subject with a 10 foot pole, for fear that the lobster police will come and arrest me for talking about something I know nothing about. Heck, I wouldn’t even be able to drop the poor things in the water… my ex has always taken care of that for me, and this time was no exception! 😉 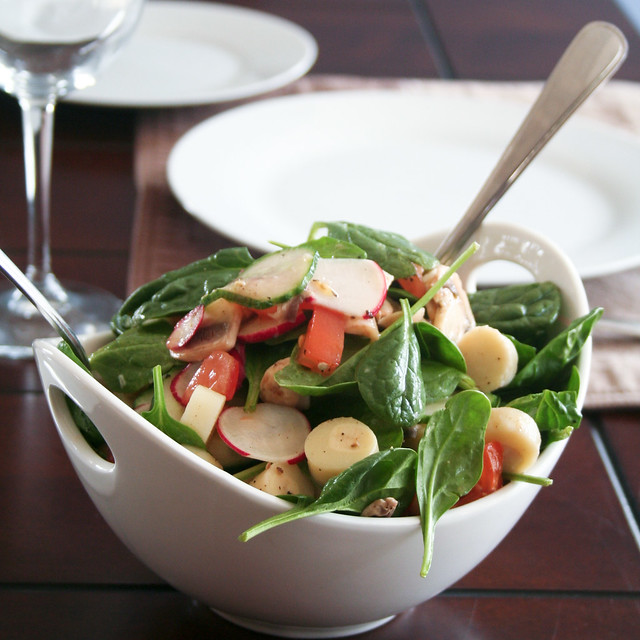 What I can tell you about, however, is what went into that beautiful salad! (even though my ex took care of that one also… hey, it was mother’s day, was it not?) 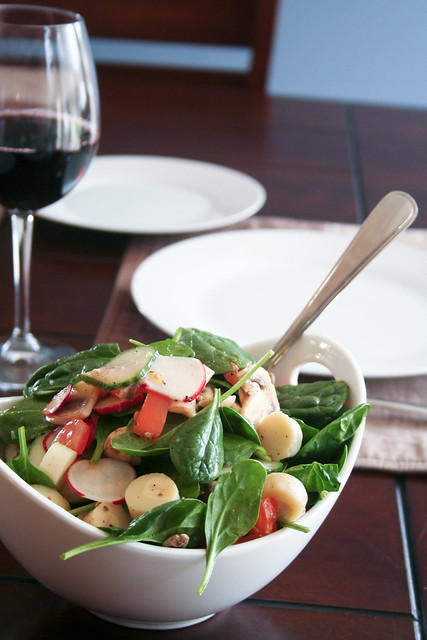