I had bought an extra lobster, just in case… I wasn’t sure whether my son would be home for dinner or not, so I decided to play it safe. Turns out he didn’t, so I ended up with one leftover lobster.

Great!!! I was gonna get to make lobster something. But lobster what? I never made lobster anything before. I always had lobster lobster, period.

I thought about it for a long time, came up with many ideas, but I don’t know, for some reason, none of them seemed to really inspire me. 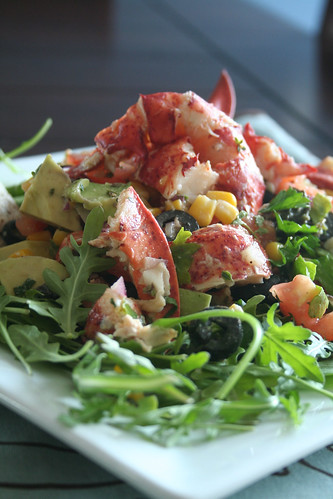 Creamy Lobster Pasta? Naaah, way too similar to the creamy salmon pasta I just had…

Lobster crêpes? Nope. Way too fancy. Not in the mood for fancy.

Lobster pizza? Yeeaaah, maybe… that could be an option, but on a weeknight? I don’t know… Plus, I really have my heart set on that chicken, sundried tomatoes and goatcheese pizza and having lobster pizza now would mean I’d have to push the chicken one back another month or so. Not good.

Lobster sandwich? Han han, I think that would be a waste… You don’t make a sandwich out of something you only get to eat once a year.

I needed to find something that would be visually pleasing, (I really wanted to eat that lobster with my eyes first), and that wouldn’t completely overpower the delicate flavour of the lobster flesh. Something light, something fresh… something that would celebrate that little bit of sunshine we’re finally getting…

A SALAD! What else? And there you have it…

It fit the bill, perfectly! 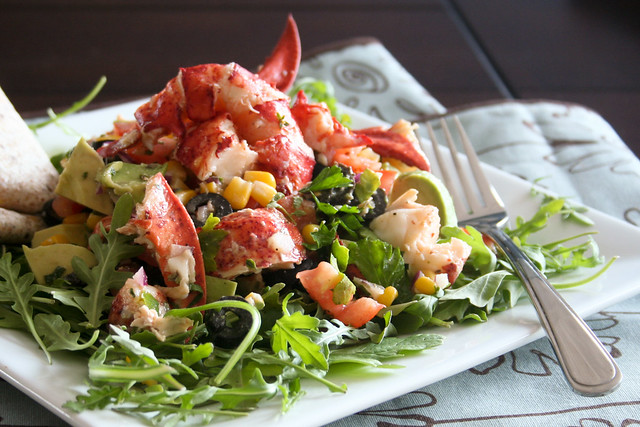 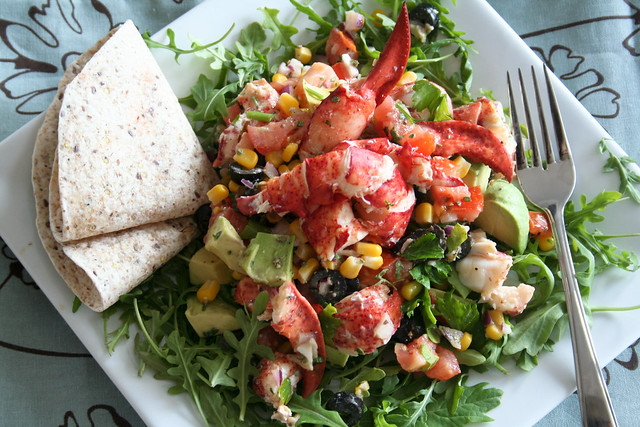