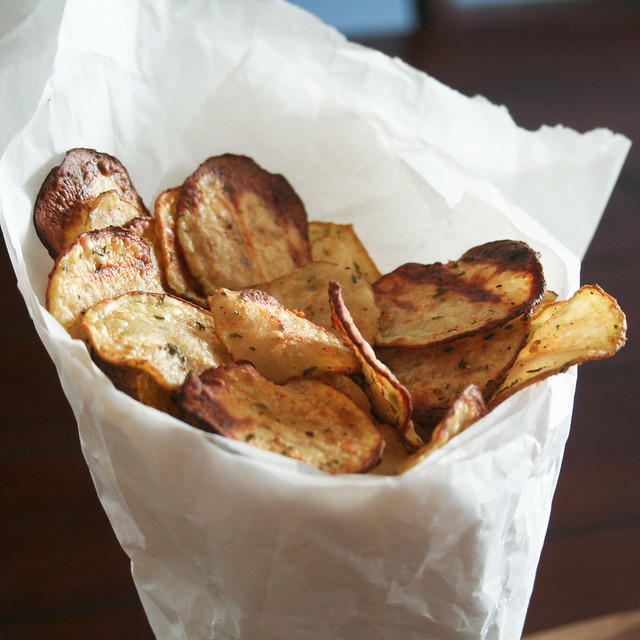 You guessed it allright! You SHOULD in fact be looking at a mouthwatering plate of this English classic we refer to as Fish and Chips. But, you see, Mr. Cod here had some very important business to attend to and had to send his regrets when he got invited to this photo shoot. Boooh!

Seriously? My attempt at making pan fried buttermilk battered cod failed miserably. Shamefully! It didn’t even pass the taste test. Well, barely. I think next time, I ought to use a non-stick pan…

The chips, however… while they too were “THAT CLOSE” to becoming a failure, I managed to save them and almost succeeded at making this home made, healthier version of a classic potato chip.

I know, I know, I can hear you say Fish and Chips are called Fish and Chips but are in fact served with FRIES! Typically, our friends from over the pond call French Fries chips and chips crisps. How’s that for confusion! But it’s not because I was confused that I decided to make chips instead of fries. I wanted chips…. Well, crisps… well, you know… those! 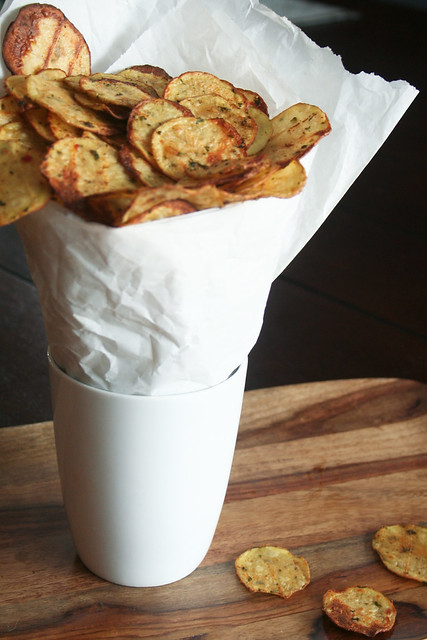 So, to make them, I sliced 3 beautiful medium sized Yukon Gold potatoes very very thinly. You definitely need to use a mandoline for that! I patted them dry and then coated them with 1 tbsp olive oil, ½ tsp salt. ¼ tsp pepper, 1 tsp dried parsley, ½ tsp organic unsalted seasoning (Ms. Dash type) and a pinch of cayenne pepper. I gave that a good stir to coat the potatoes evenly, laid them in a single layer on a cooling rack and cooked them in a 475F degree oven. 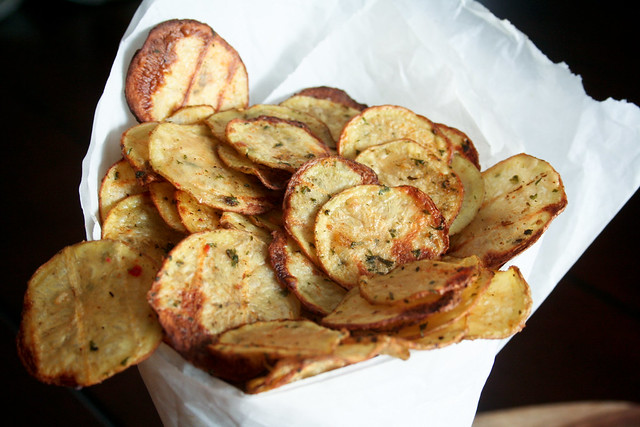 While extremely satisfying (and much better than the bagged stuff), this cannot at this point be made into an official recipe because, one, I let my potatoes “marinate” in the seasoning for a good 10-15 minutes while I was researching buttermilk batter options, which resulted in the potatoes rendering a lot of liquid and I am not sure as to whether that was desirable or not, and two, I had to also use the broil feature to finish “drying” the chips and I can’t tell for sure that this step would’ve been necessary had it not been for reason number one stated above.

Still, they were too pretty and way too good to pass up. I HAD to log this attempt. This will help me with my future experimentations (or anyone else’s who would feel like giving them a try!) 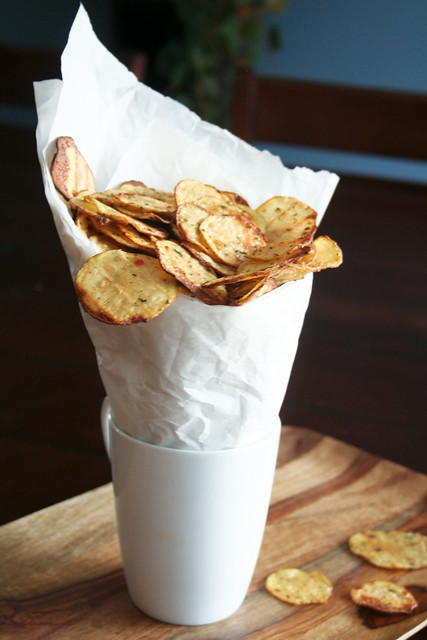