I had pizza guys!

The real deal, too. Grains and all!

I’d been craving it for so long, it wasn’t even funny. I was having dreams about it! It was THAT bad… I just HAD to have some. Well, I finally did, and it turned into such a great party too!

Remember how I used to have pizza nights before, with my mom and daughter, and sometimes son and girlfriend? Well, we had one of those last week and we had a major blast! Especially since it all got decided at the very last minute.

That’s all it took.

A mere few hours later, she was at my house, and so was my daughter.

As luck would have it, my son wasn’t working that night, and his girlfriend was also able to join us. 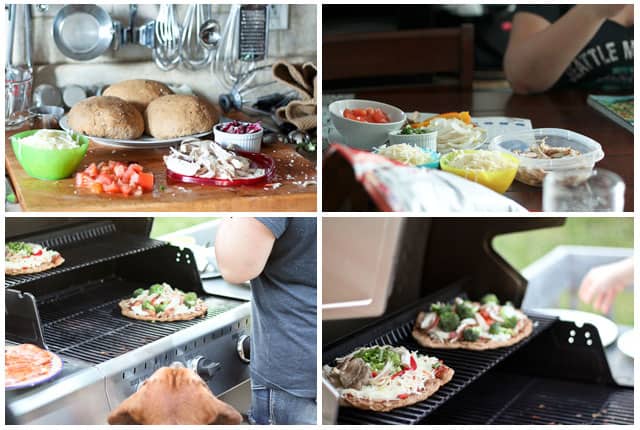 The girls were brave and decided to make their pizza on the BBQ.

Even Shamba the Ridgeback was keeping an eye on the operations to make sure everything was running smoothly. Of course, he was also hoping for some tasty morsel to find its way to the ground… 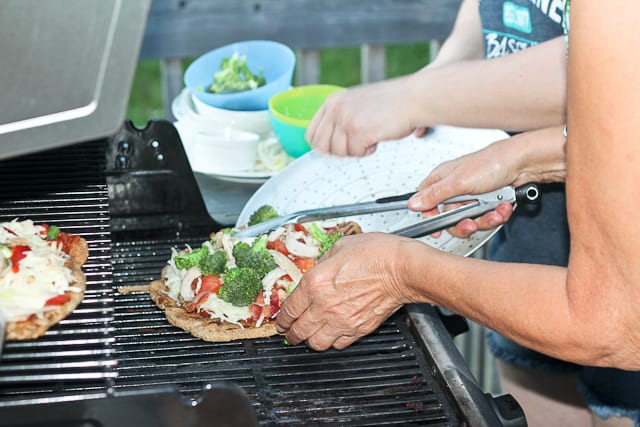 Hey, this might look easy like that, but apparently, shoving a piece of pizza dough on a hot grill is no easy task! 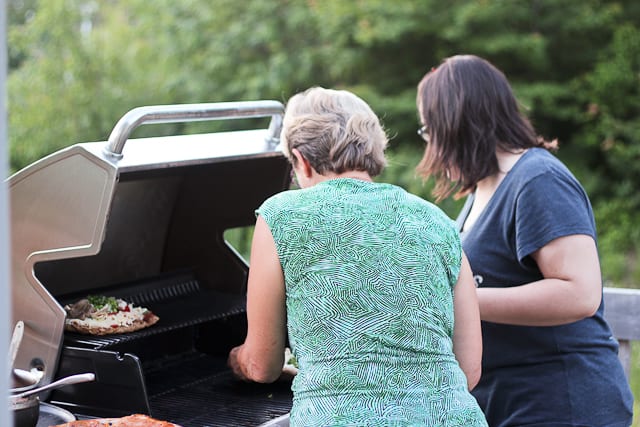 Gauging the temperature of said grill also proved to be a bit of a challenge, and the girls’ pizza crusts may or may not have ended up somewhat charred on the outside and raw on the interior.

Hey, isn’t that what they call Pittsburgh Style? 😉 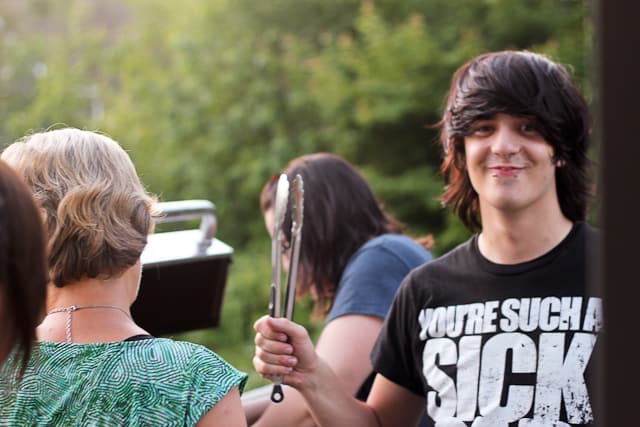 My son didn’t care for pizza (hey, the dough has got grains in it. As in WHOLE grains, can you imagine?) so he went and bought himself some meat.

Hey, that’s the way real men do it, isn’t it? Ask any man what goes on a grill? – Why MEAT, of course! – is the answer you will most probably get… 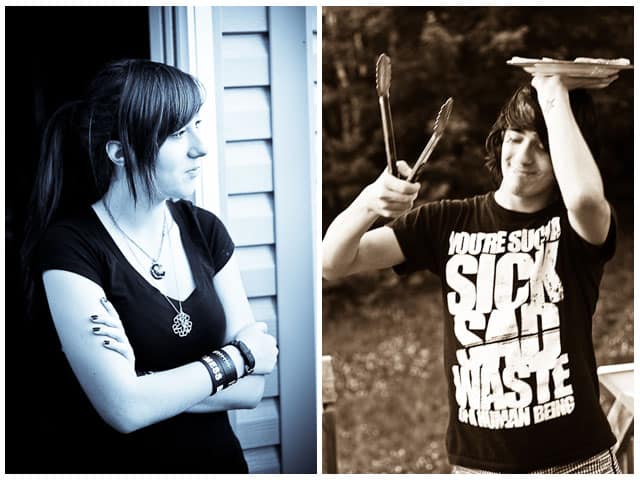 Awwww, to be young and in love again… what I wouldn’t give.

What a cute couple, are they not?

Oh, need I mention I had a little bit of fun with the pictures. Hope you won’t mind the funky colors and all… 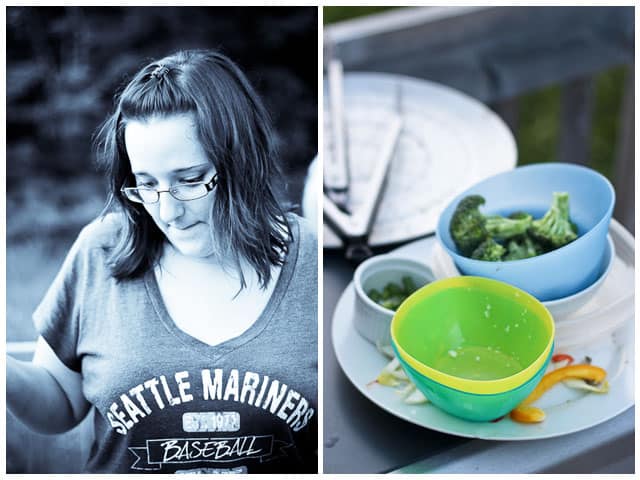 Tasha just LOVES broccoli. Whenever she’s making pizza, you can be certain that there WILL be some broccoli on it. Sometimes, she gets carried away and steams a little too much… like the entire head!??!?!?

Not surprising that there would be SOME leftover! 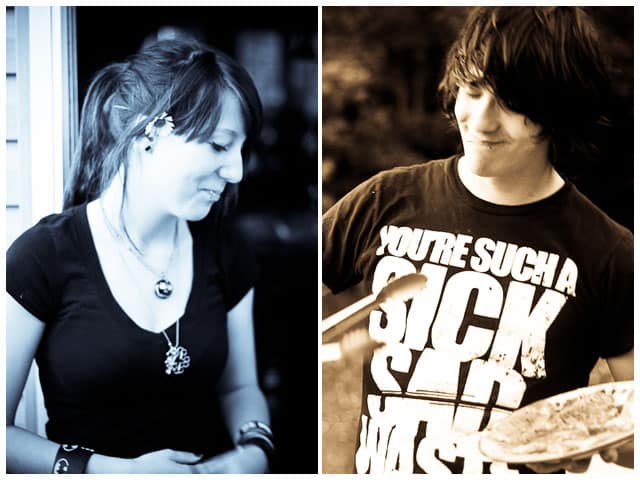 Here’s my son and daughter in law again. Ah, so precious…

Felix had taken the time to pick some lovely daisies for her… as well as for his mom!

Now how’s that for sweetness? 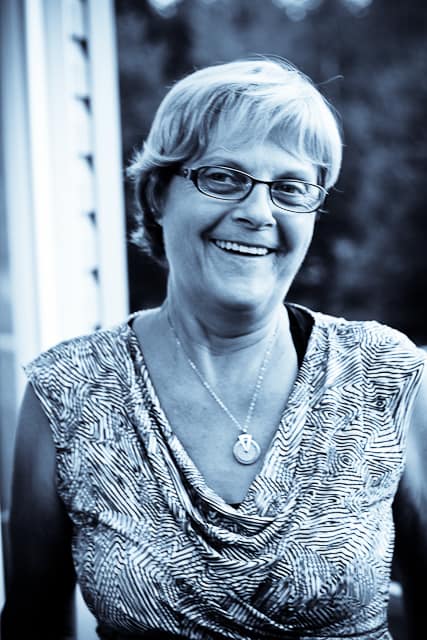 My beautiful, ever smiling mom! She’s the best and I love her dearly. I truly cherish every occasion that we get to spend time together!

I was so happy that she could make it and join us that night!

Thanks for coming mom, it wouldn’t have been the same without you there! 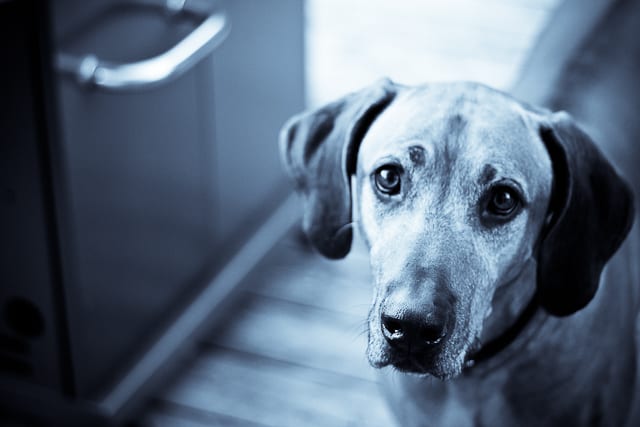 Even Shamba got to have his picture taken. I think he really wanted some food! Problem is, he knows too well how to get it… Seriously, could you resist THAT look?

Hey, care to know what his ultimate favorite is? 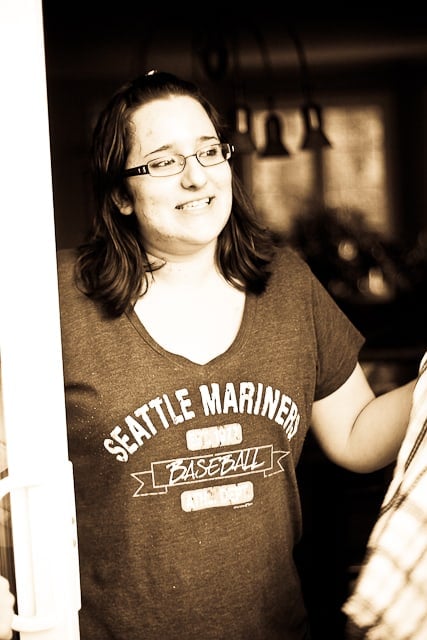 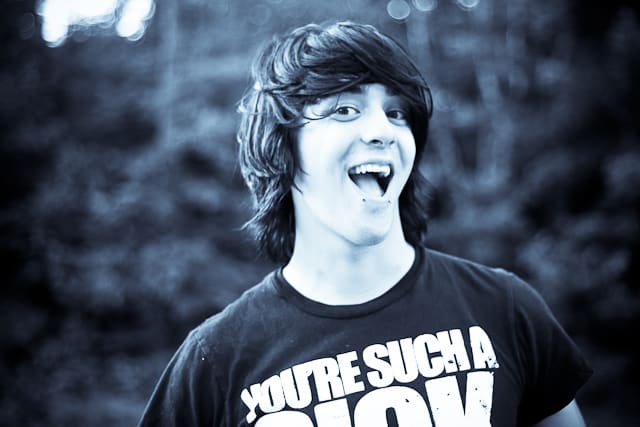 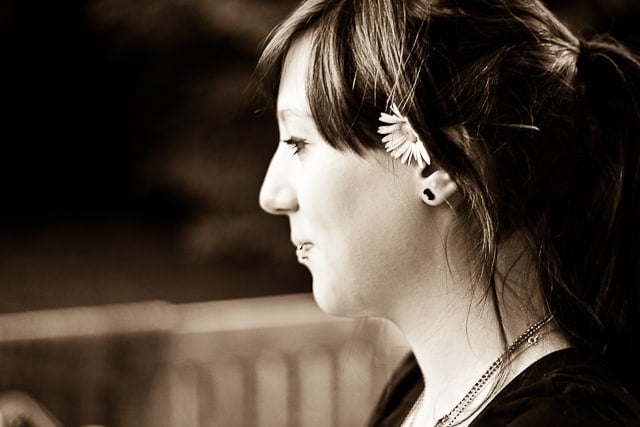 And adorable son’s girlfriend with the pretty flower in her hair. 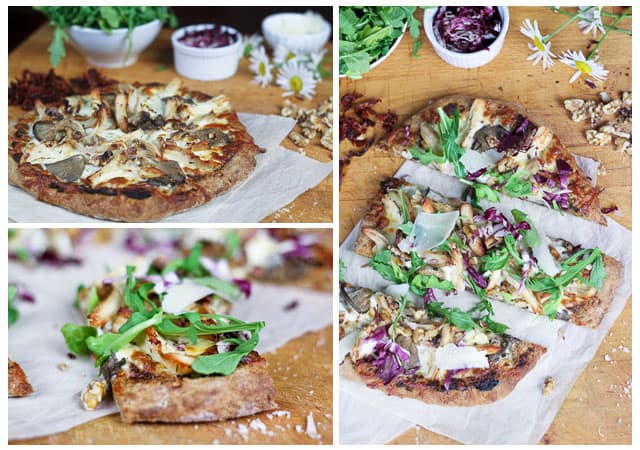 Right! I almost forgot! There was food too! Pizza, to be precise. I chose to do mine in the oven, because the barbecue was a tad overcrowded, and I think I made a wise decision. I wouldn’t have wanted to show you a “Pittsburgh Style” Chicken Arugula and Parmesan Pizza.

However, it was way too hot that night to fire up the oven, and I think that my guests weren’t too impressed with my decision for a while, when we all STILL had beads of sweat coming down our faces well over a half hour AFTER I’d shut down the oven…

But hey, no sacrifice is too great when it comes to enjoying such a scrumptious pizza. Especially when you have been craving it for SO long! 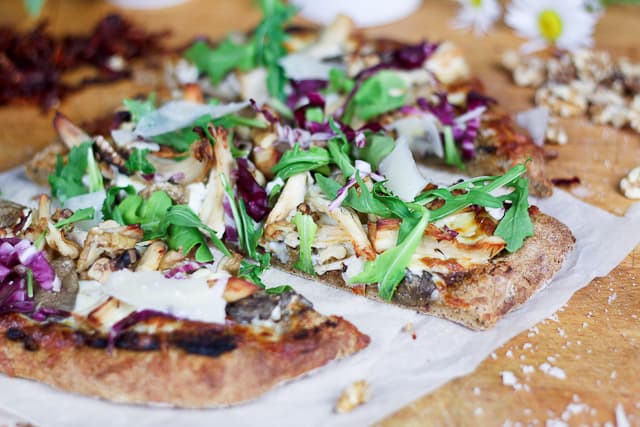 Of course, we eventually got to sit down and sweat… hum, I mean, eat. 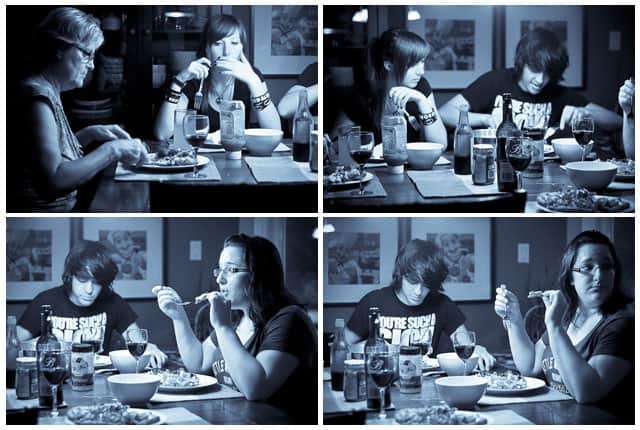 Shall I show you what was on my plate once again?

Trust me, this pizza truly hit the spot and totally satisfied my insane craving.

Now I’m good for another while… until the craving hits again! 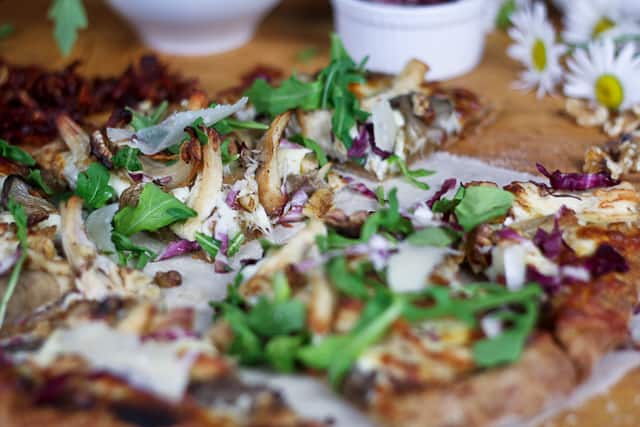 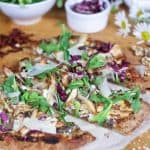 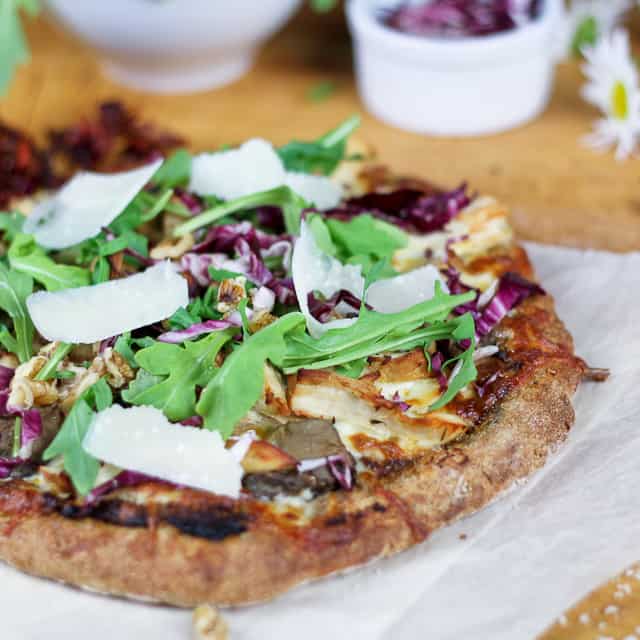 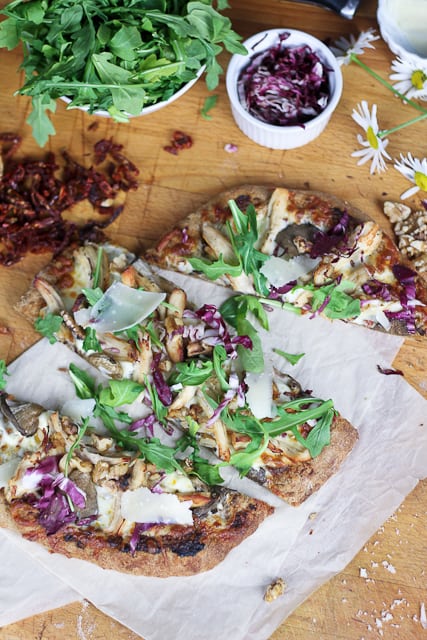 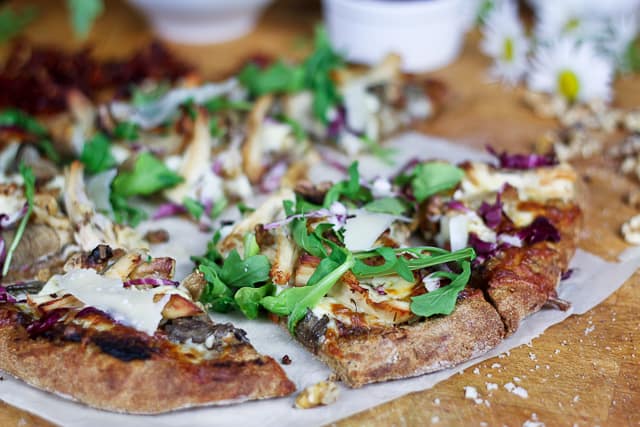 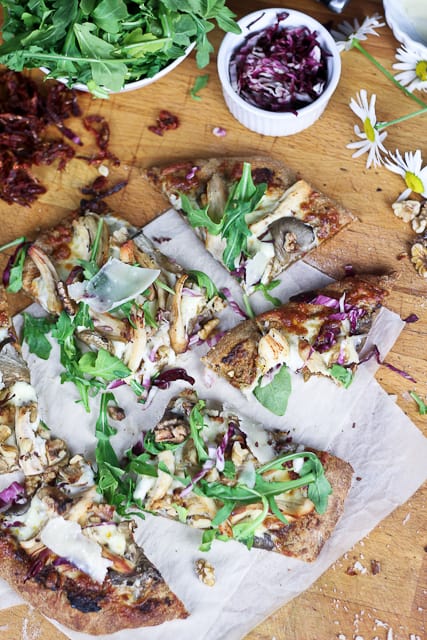 18 Comments on “PIZZA NIGHT PEOPLE!!! On the menu this time? Chicken, Arugula and Parmesan on Sun Dried Tomato Pesto”