Believe it or not, I got the inspiration for that beautiful soup when I was in Cuba, of all places.

We were served something very similar one night, as part of one of our “À la carte” dining experiences.

I wanted to take pictures to share with you guys, but sadly it was night and the lighting was very dim, as in close to non-existent, which left me with no other option than taking “flash” pictures.

No way I was going to serve you that, so I abstained!

Anyway, back to that soup… It was without a doubt one of the best things that I’d ever eaten at that hotel.

It was simply divine. So tasty and creamy and silky and smooth… it felt like a gentle caress inside my mouth with every spoonful. I just knew the instant I took the first bite that I would have to try and recreate it as soon as I got home. 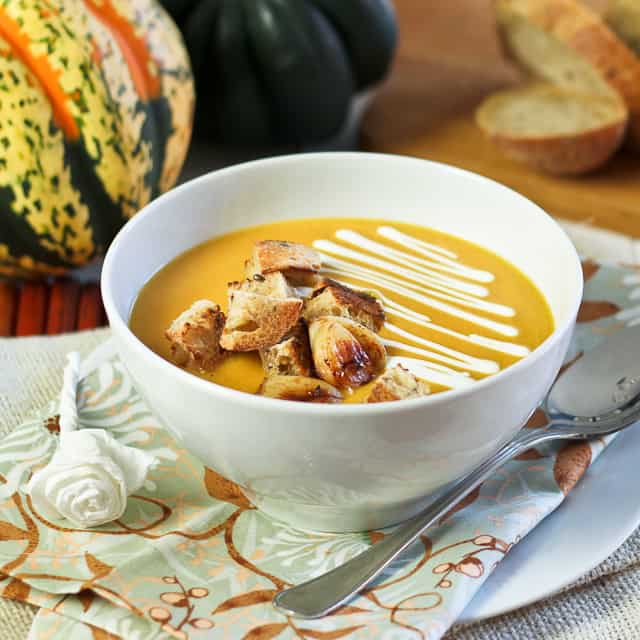 And that’s exactly what I did! I think I succeeded at creating something that’s fairly close to the real deal.

To be honest, though, I have no idea what went in the making of the original. I had to go by flavor alone and trust my taste buds on that one.

My one and only absolute certainty was that it contained a hint of cumin. And I strongly suspected squash to be the one key player.

Calabaza, I believe is what they call it… 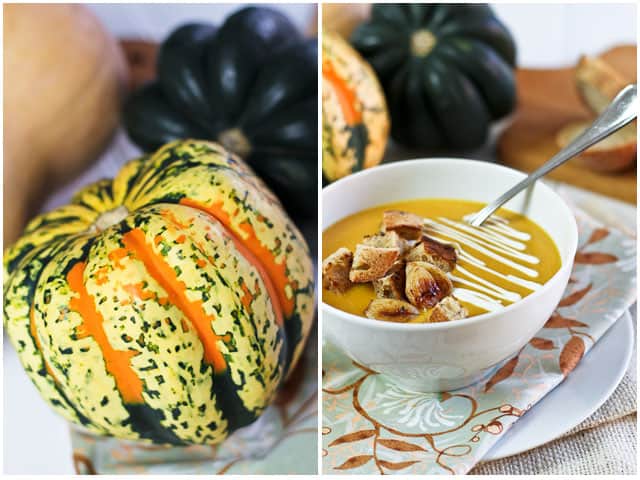 Unfortunately, mi español is nowhere good enough for me to have gone and asked the chef …

I did go and thank him personally though. He seemed to appreciate the initiative, for he took the time to make cute little flowers out of napkins for my daughter and I, which he then had the waiter bring to us.

How sweet is that? Of course, I had to hold on to it. 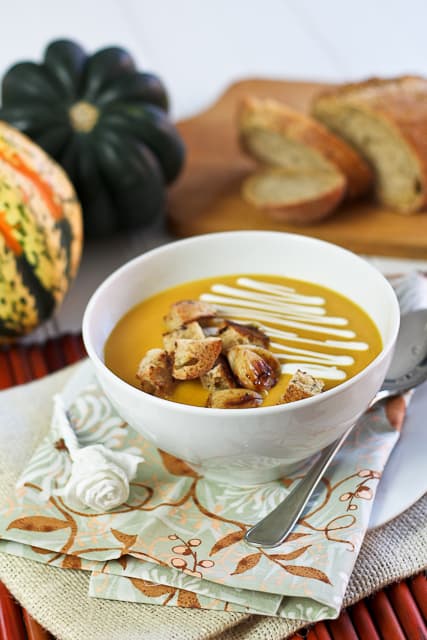 Can you spot it in the pictures?

I have to give it to you, this is not a soup that you can whip up quickly on a busy weeknight. It belongs to the “food of love” category. It’s the kind that you make on a lazy and cold Saturday afternoon. 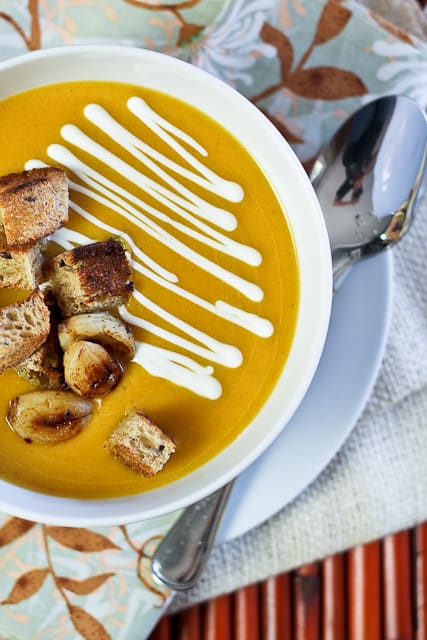 But trust me, it’s very well worth every minute of effort that you will put into it.

It will not only warm your body, it will warm your soul.

It might even take you to some far, far away island, where the sun always shines and the ocean is bluer than the sky… 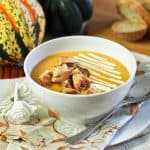 *I made my whole grain croutons simply by cutting thick slices of whole grain bread into cubes and toasting them slightly in a non stick pan. I also roasted a few extra cloves of garlic to use as garnish and mixed a couple of tablespoons of Greek yogurt and coconut cream together, which I then placed in a small squeeze bottle to make a pretty design.
Author: Sonia! The Healthy Foodie 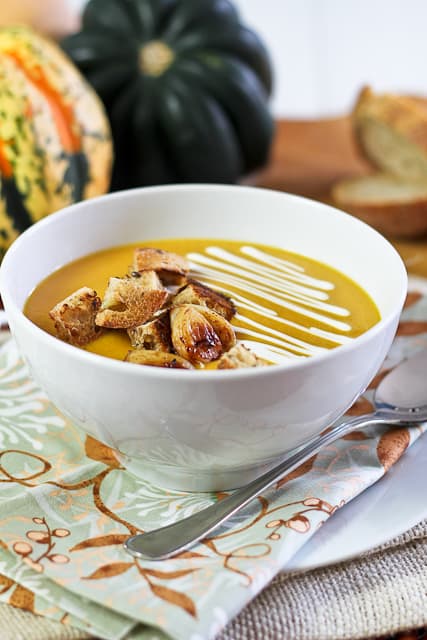 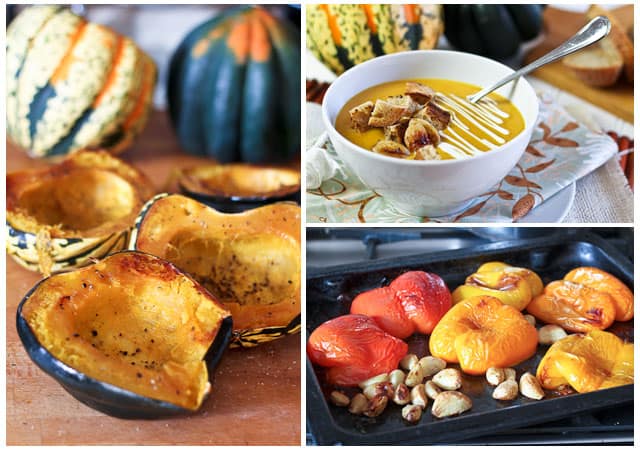 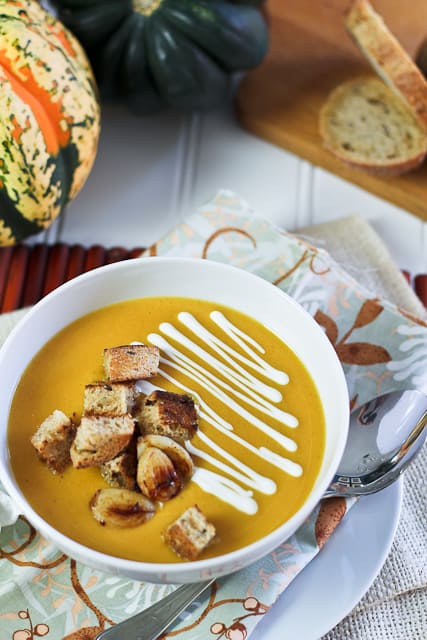 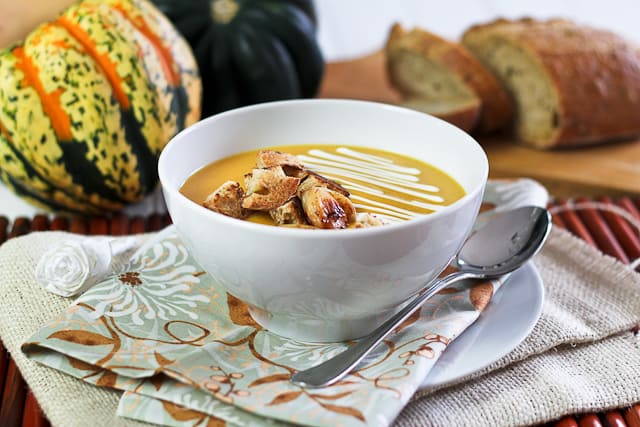 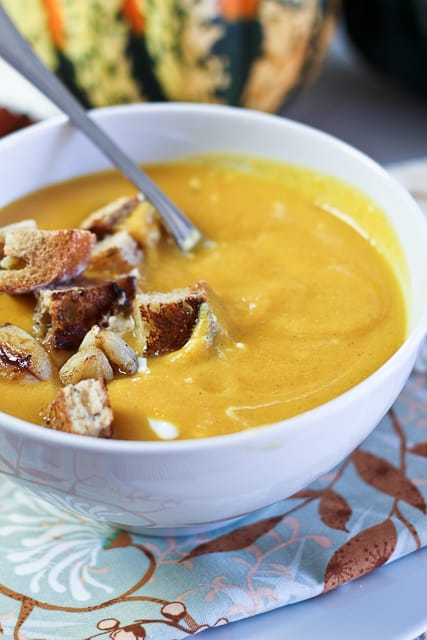 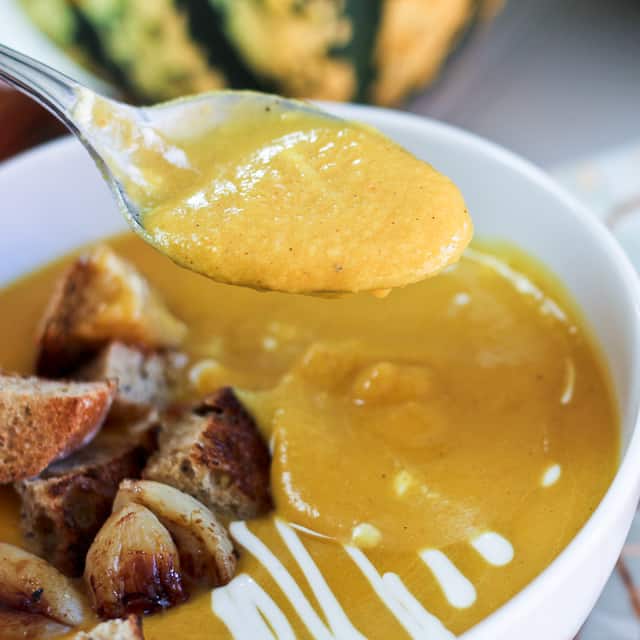