I love spaghetti squash. Unfortunately, it’s never really inspired me to create anything, per se… I seem to always be eating it the same way: as a replacement for pasta, topped with tomato sauce, or as a side dish with a little bit of olive oil, salt and pepper.

Nothing much to it. I’d even dare say, a tad boring maybe…

So when I saw Nora’s post a couple of weeks ago, featuring a superb Squash N’ Greens Gratin that called for spaghetti squash, I was immediately sold. I knew I had to give it a try. It looked so good! I’ll even admit to having gone back a couple of times just to look at the pictures and dream of the day when I would finally be enjoying the real thing!

When that day finally came, I was super excited! But of course, me being me, I had to improvise a bit. I just couldn’t help it. Well, you know me: I couldn’t follow a recipe if my life depended on it… so my version turned out very different, and I find it doesn’t look quite as good as Nora’s. 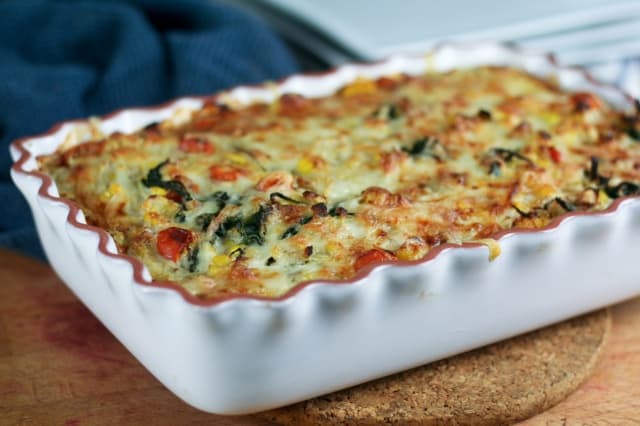 Don’t get me wrong, though, it WAS very good, still. So much so that I made it 2 nights in a row because I wasn’t too happy with the result the first time: it turned out a little too watery, and I wanted to see if the addition of a little bit of cornstarch would solve the problem. I’m happy to report that it did! 😀

I think I will have to give Nora’s version another try, only this time, I will have my daughter make it for me, for SHE can follow a recipe! 😉 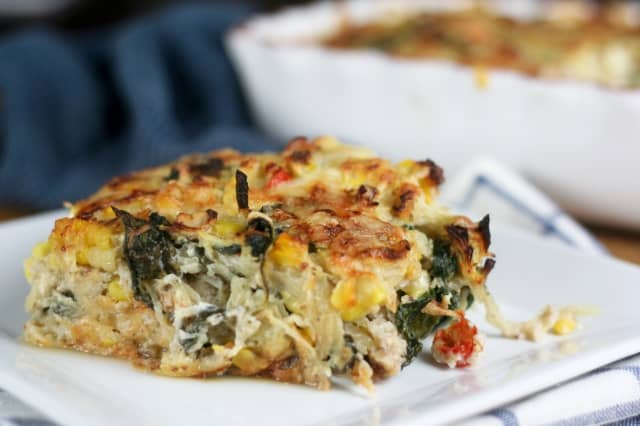 Not that I mind really. It’ll give me an occasion to enjoy spaghetti squash again, and frankly, I can NEVER have too much of that! 😉

Tasha, on the other hand… she might be tempted to strangle me if I even so much as ask her if she would please consider making that recipe for me. I think she’s had her dose already. It feels like we’ve been eating nothing BUT squash for the past 3 weeks.

Please, don’t anybody tell her that I am planning on making Stuffed Acorn Squash this week-end… 😉 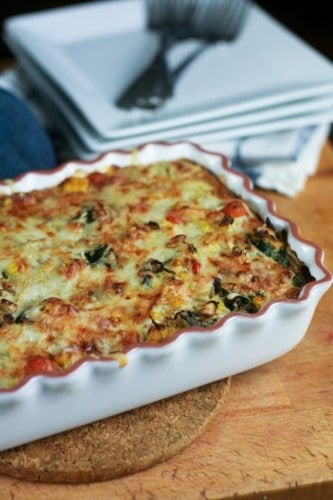 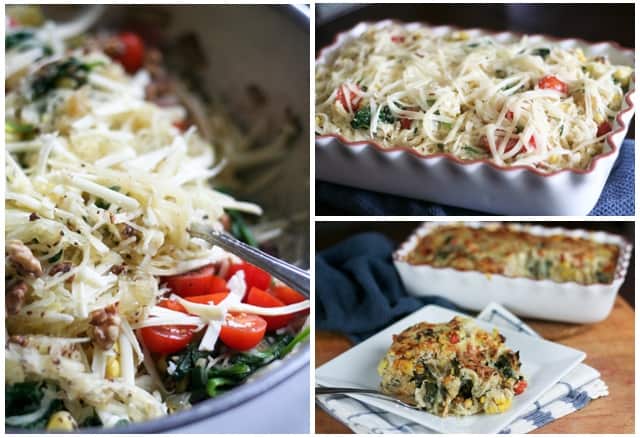