Waffles With a Tropical Twist

I hadn’t done breakfast in a while. Well, no. Pardon me. I do breakfast EVERY DAY!

Let me rephrase that… I mean, I hadn’t done a NEW breakfast item in a while.

While on vacation, I had a little bit more time to actually cook breakfast, so I thought it would be cool to give waffles a try. Healthy waffles, why not? I had some pineappple already cut up in the fridge, along with half a mango and some fresh coconut, so I figured I would do some sort of a tropical sauce to go with them.

While the waffles didn’t poof up as much as I would’ve liked them to, nor did they become real crispy and golden like waffles usually do, I was still fairly happy with the results. Even my daughter, who isn’t usually too impressed with my “healthyfication” of such great classics, thought that they were really good and said she was looking forward to eating them again. 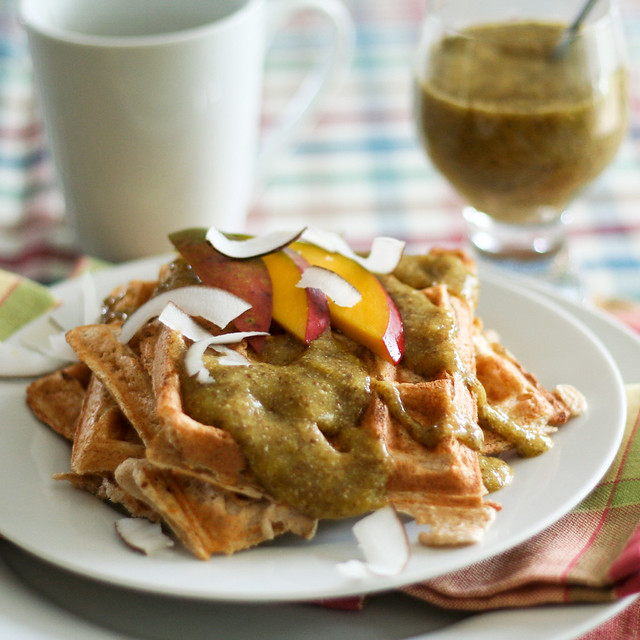 The pineapple and mango sauce took some sort of a weird color however, probably due to the addition of black chia seeds, and looked perhaps more like some sort of a whole grain mustard than a sweet decadent, tropical waffle drenching sauce, but thank goodness, it sure tasted like the latter!

I will have to work on that one some more, to achieve that beautiful golden and crispy crust that waffles are known and loved for. But in the meantime, if you are craving waffles and want to indulge in a healthy way, by all means, give this version a try. It shouldn’t disappoint! 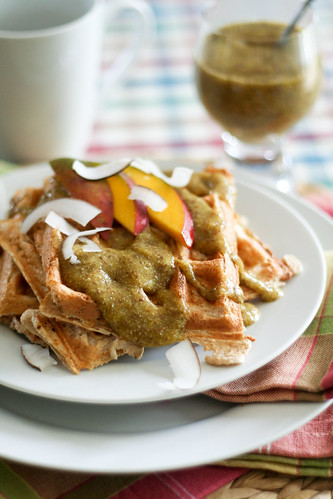 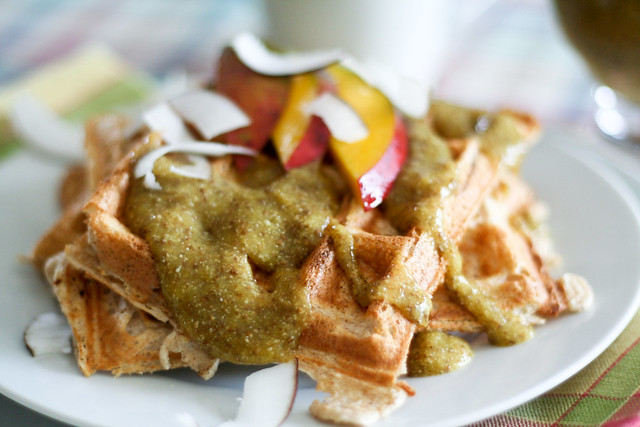 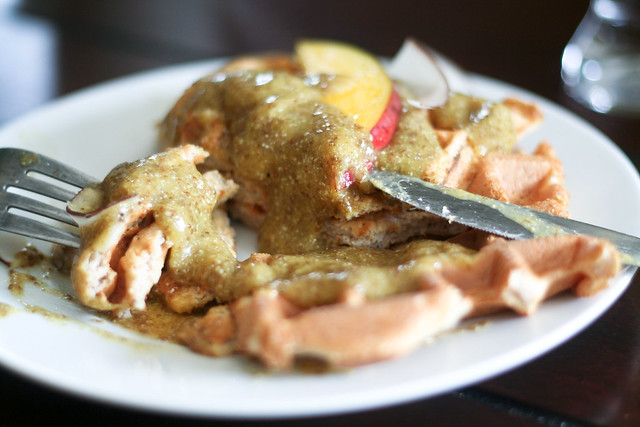 2 Comments on “Waffles With a Tropical Twist”