OK, this might sound a tad presumptuous, but this may very well be one of the prettiest pies I have ever seen. I couldn’t take my eyes off it the whole time(s) I was eating it! (I can already hear my daughter go: Say, Mom, are you sure you are being vain enough, here? I think you could probably do a little better, if you really tried, you know…)

I know, I shouldn’t be saying something like that about a dish that I created, but to my defense, I swear I’d be feeling just the same if it had been made by someone else. 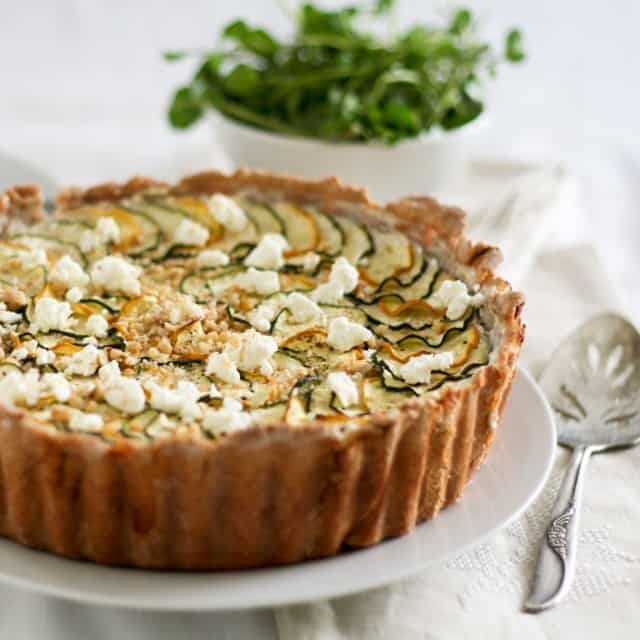 After all, this one was inspired by such beauties to start with, I don’t think there’s any way that it could’ve turned out ugly. My first source of inspiration was this absolutely delicious looking Tarte fine aux 2 courgettes by Delphine and my second source was this equally divine looking Zucchini, Tomato and Ricotta Tart by Tracey.

These two pies just made me drool real bad when I looked at them, so I felt compelled to recreate something that had a very similar look. I think that part, I pretty much nailed. However, maybe I should’ve taken a closer look at the recipes, instead of going strictly for looks…

Seriously, I wish I could tell you that this beauty was as good to eat as it was to look at, but, unfortunately, I’d be lying if I did that.

I mean, don’t get me wrong, it tasted really fantastic, but it had a few important flaws that I feel I have to point out, in case you’d be tempted to give it a try. Also, this will serve as a reminder to myself of the modifications that I need to make the next time I make it.

Because there WILL be a next time, I can assure you of that. 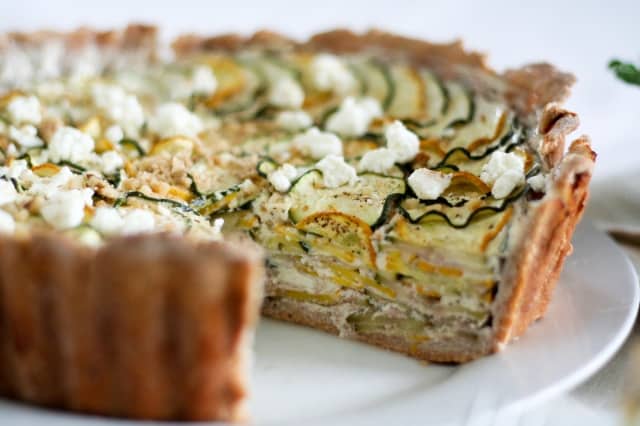 First off, I forgot about the fact that courgettes tend to render quite a bit of liquid! This made the dough become somewhat soggy, and while the flavour remained unnafected, the texture was somewhat unpleasant. Also, it “leaked” a little bit… I think the addition of some kind of starch or flour to the cheese “flan” might solve that problem.

Secondly, zucchinis are tougher than I thought and there is no way you can cut through this pie neatly with a fork, so a nice, clean bite is not an option. Instead, you more or less end up defacing your pretty slice of pie each time you take a bite. That bugged me a bit, but I guess I’ll have to live with it, for I can’t think of a solution to that problem, other than using a kife, and frankly, well, who wants to eat a piece of pie with a fork and knife?

Third and lastly, the walnuts took a strange grayish/purplish color. I wouldn’t leave them out entirely because they added a really interesting flavor and texture, but maybe next time I will keep my walnuts a little coarser.

Or maybe try a different kind of nut. Almonds or pumkin seeds might work great… 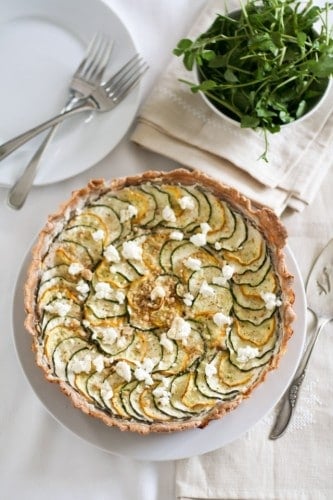 Arrange the zucchinis in pretty layers and sprinkle goat cheese, walnuts, salt and pepper between each layer 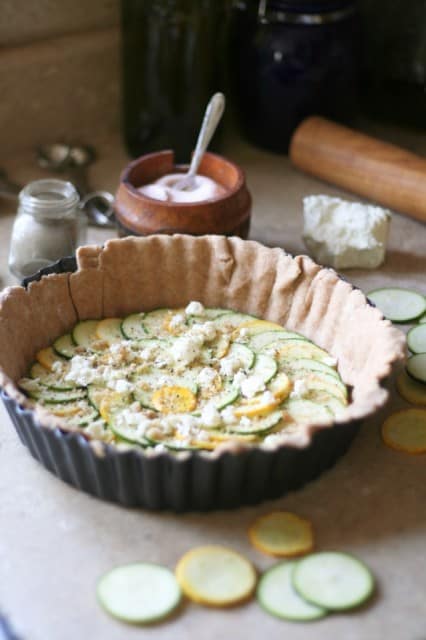 Fresh out of the oven. Make sure you make that final layer extra pretty! 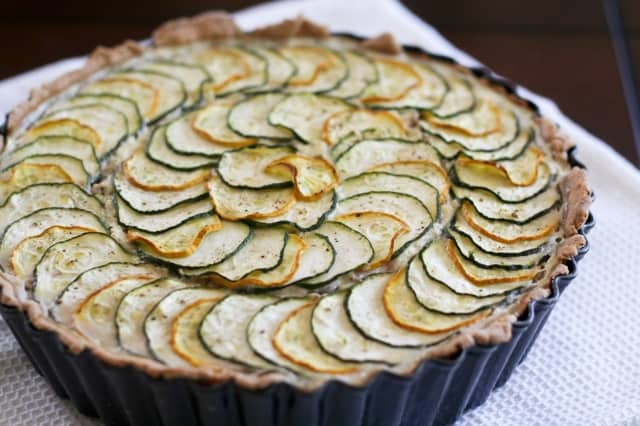 When tart is nice and cool, garnish with crumbled goat cheese and crushed walnuts 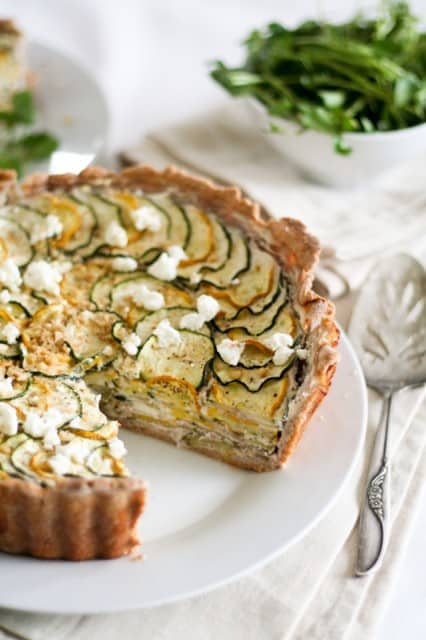 Garnish with more walnuts and a few sprigs of watercress 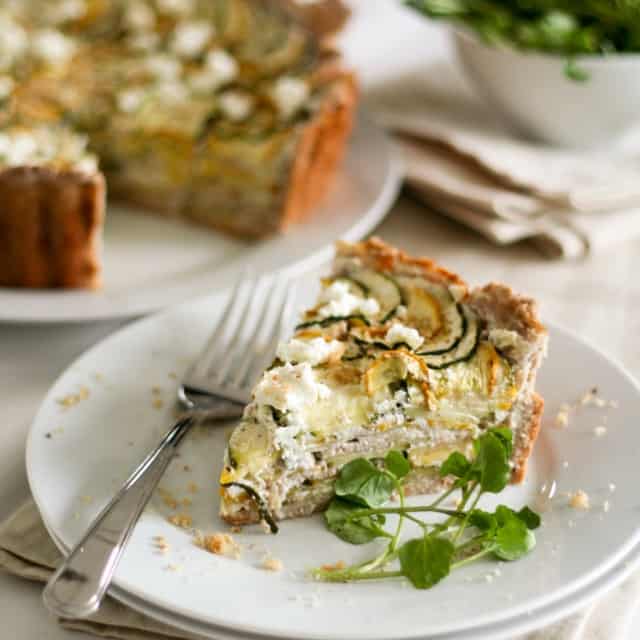 posted by Sonia! The Healthy Foodie on September 14, 2011