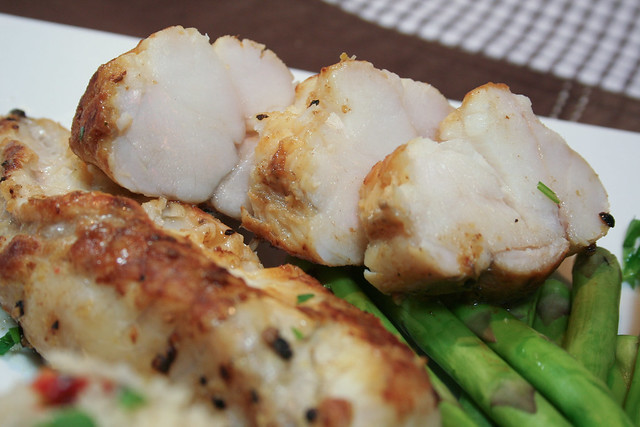 I had wanted to try that fish for a very long time now. I had heard so much good things about it. Apparently, if one can put aside just how disgustingly scary that fish looks, its flesh resembles that of a lobster. It’s even referred to as the poor man’s lobster. I wonder why they call it that though, for I find it’s usually quite expensive, going for about $20/pound.

Lucky for me, the fish came on sale at my local supermarket, so I decided it was my chance to finally try it. I was really excited and looking forward to sinking my teeth into this delicacy for the first time.

Well… I can’t even forge an opinion at this point. Since I had never cooked this fish before, I went on the net to try and find a recipe. The information that I found stated that it tends to render a lot of liquid when you grill or roast it, so the best way to remedy that situation is to marinate it in salt prior to cooking it. The marinade called for 2 tbsp of salt, the zest and juice of one lemon. You’re supposed to let the fish marinate for an hour prior to cooking, then pat it dry and pan fry it.

I think the recipe forgot to mention that the fish needed to be rinsed prior to be patted dry. It turned out INCREDIBLY salty. So much so your eyes would water…

The texture is great however, I really liked it. Guess I will have to give this one more try. Next time it comes on sale, for sure, I will buy some. But this time, marinate, RINSE, pat dry and cook! 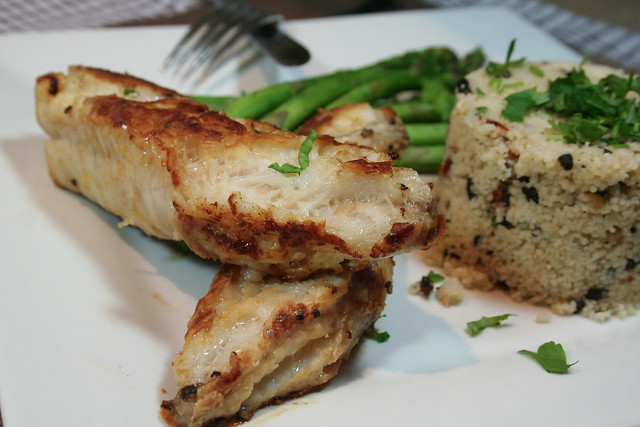