Comments Off on Evening Snack 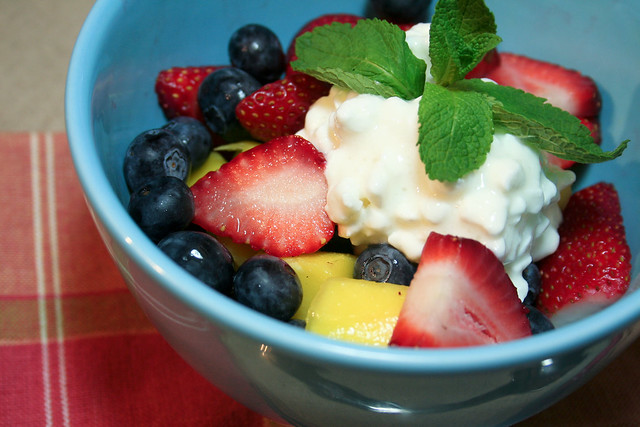 Allright, allright, I confess! Tonight’s supper didn’t make my blog, not because I had leftovers or because I ate out, not even because I had a repeat meal. Nope. That would’ve been too easy and wouldn’t have called for a confession! I didn’t post tonight’s supper simply because it didn’t fit the healthy bill, or the monthly indulgence.

What I had was turkey pot pie. I had made it with some leftover turkey from Christmas and ended up freezing it. Tonight was the night it finally got eaten. While it was loaded with turkey meat and vegetables, namely carrots, peas, celery and corn, the pie crust just ruined it. There is just no way one can make a healthy pie crust. At least, not that I know of. You need tons of lard to make a decent pie crust. And white flour… Mind you, this is something that I might have to investigate, because I love chicken pot pies and quiche.

BUT, all was not lost. I won’t be going straight to hell, not tonight anyway! This is a picture of my evening snack. Fresh mango, strawberries and blueberries, topped with a tablespoon of cottage cheese. See? I’m not such a bad girl after all, am I?