Of course, when you have so many apples on hands and so much applesauce, you start using it everywhere and on everything. But strangely enough, I haven’t even made an apple dessert yet. Nope. Instead, I’ve used TONS of that home made applesauce making… SMOOTHIES!!!

Seriously. I am really lovin on apple smoothies lately.

There are two flavors that I came up with and particularly love. One of them is a “Drinkable Apple Crumble”.  This is the one pictured below. 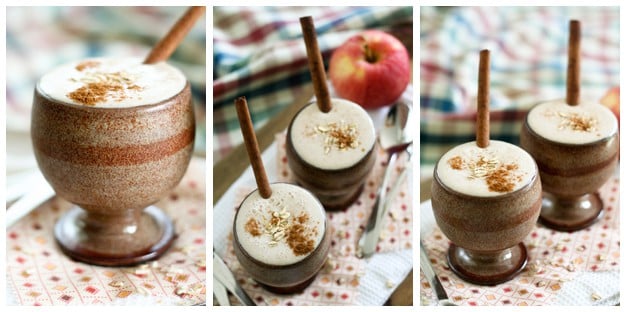 My second favorite is a Drinkable Apple Cheesecake. Yeah, it figures, you know me and cheesecake!

But would you believe me if I told you that, despite having had it AT LEAST a dozen times over the past 3 weeks, so far, I still haven’t gotten around to snapping a single picture of it?

Now, of course, both flavors are pretty similar, since they both call for applesauce as a base, but they have slight variations that sometimes will make me crave one over the other. 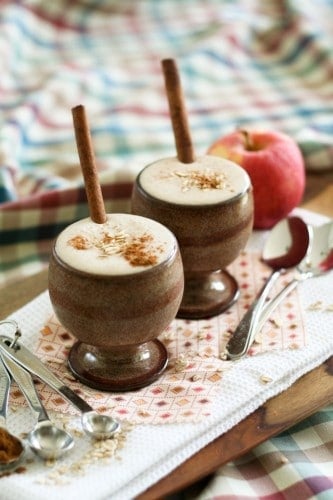 So for now, I will share this first recipe with you, and hopefully I’ll get to snap the other before that applesauce is all gone…

And believe me, it’s going fast!!! 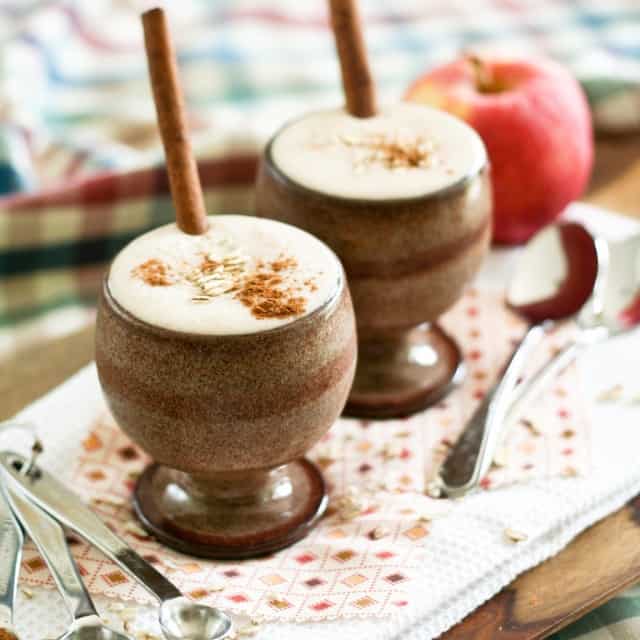 posted by Sonia! The Healthy Foodie on November 6, 2011

« Previous PostSo you’re stuck with 3 million apples… what do you do?
Next Post » Crispy Baked Chicken Fingers 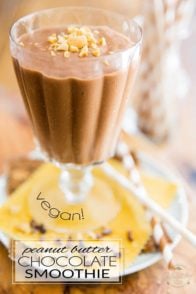