Corn season isn’t over yet. That IS a good thing, since I’ve only had it 3 or 4 times so far…

At this rate, the odds are I will be complaining again that I didn’t get to eat as much fresh corn as I would’ve liked to this year .

I remember when I was a kid, when corn was in season, we used to eat corn most every day. Plain, simple corn on the cob. And I would never get tired of it. We would have it at home, the neighbours would have corn parties, they would sell corn at the park, it seems like everywhere I went, there was corn.

Corn was synonymous with party, corn also meant that summer was coming to an end, and that we should enjoy every last bit of it!

Now that I’m all grown up, I feel like corn parties are a thing of the past. People just don’t seem to throw them anymore. Or maybe it’s just that I don’t have enough of a life and they all pass right by me?  😉 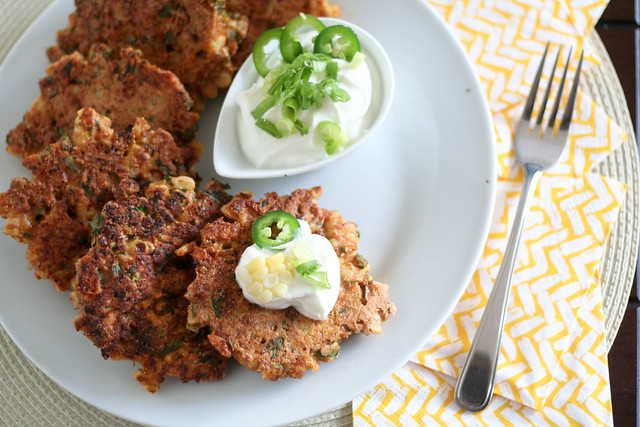 So anyway, being on the lookout for creative ways to eat more corn before the season is over, I was extremly excited when Heidi recently posted this gorgeous Tex Mex Corn Fritters recipe. My excitement grew even bigger when I realised that she had adapted her recipe from one of Kevin’s.  How cool is that! That’s like two of my greatest sources of inspiration combined into one recipe.

I knew right then and there that I would HAVE to give the fritters a try sooner than later.  Boy am I glad I did. This was one yummy fritter! There is so much corn in these babies, it’s like corn on the cob made into finger food! I’m all for that!

Thank you so much! 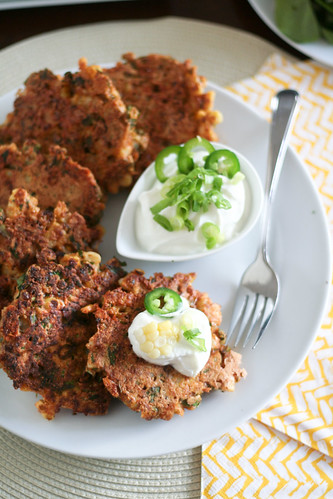 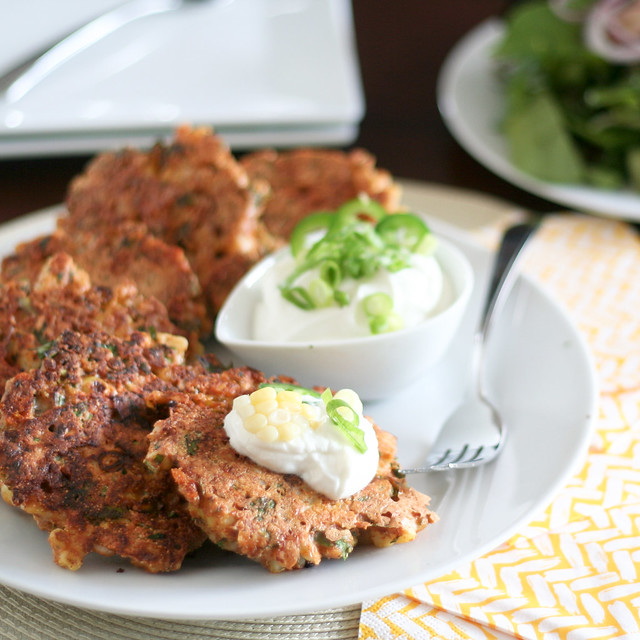 Enough corn for you? 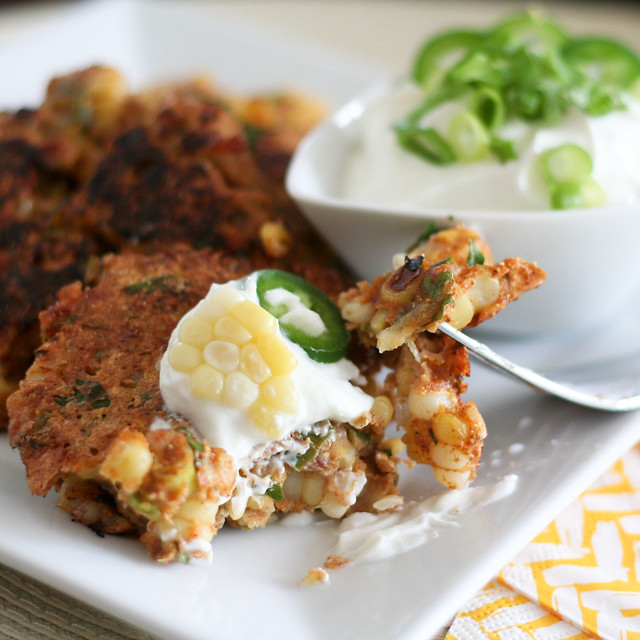 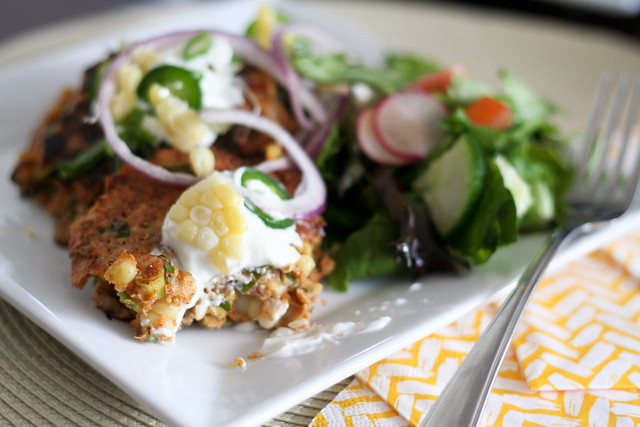