I never did “in turkey” stuffing.

For as far as I can remember, I’ve always heard or been told that, for safety reason, as in to avoid food poisoning, you should never, ever cook stuffing inside a turkey.

Well, I don’t mind that at all!

In fact, I think it’s much better that way. I mean, let’s face it… you can’t stuff that much stuffing inside a turkey! By baking it on the side, you can make THAT much more.

And stuffing is good stuff, having more of a good thing just can’t be a bad thing!

This year, I tried to make something completely different: I wanted a stuffing that could also be served as a side dish, if one so desired.

Well, I think that I’ve succeeded at creating just that. An unstuffed stuffing that also makes an excellent side dish.

So good in fact that, for the first time, well…

You know how I usually excel at not touching my dishes until AFTER I’m done taking pictures? No matter how hungry I am and how good the food smells?

Well… this one didn’t make it… I just had to dig in! 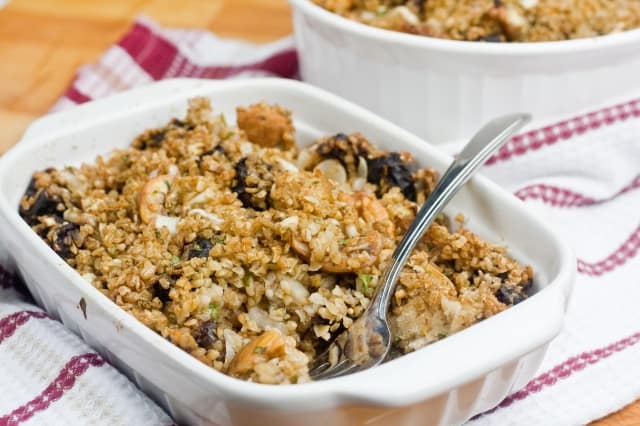 In fact, you know what? This even makes a great meal on its own!  That’s what I had for supper tonight and it didn’t feel like anything was missing at all.

I get the feeling that this one will find its way on my table again before Christmas is back. It tastes Christmasy enough to make it to your Christmas table, but not so much that it can’t be a part of your regular menus!

The only problem would be getting fresh chestnuts when they are no longer in season, but I guess when that happens, all you need to do is use the ready to eat

They’re almost as good, anyway, if you ask me… 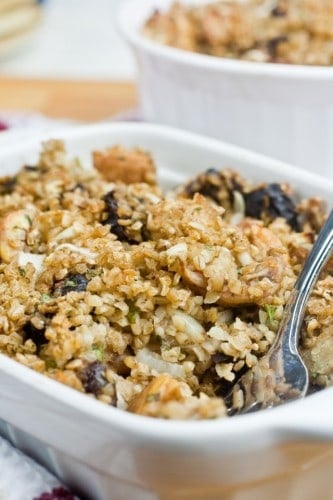 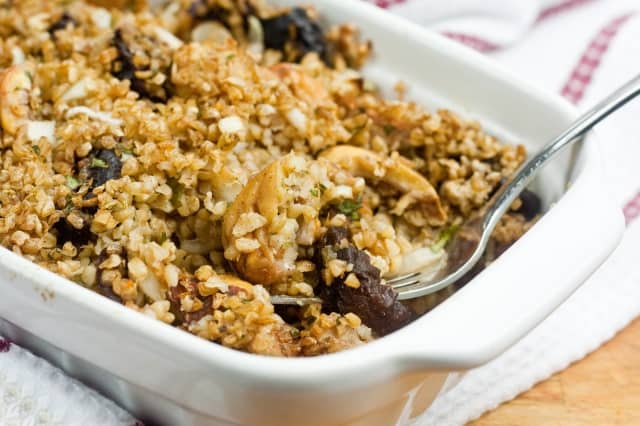 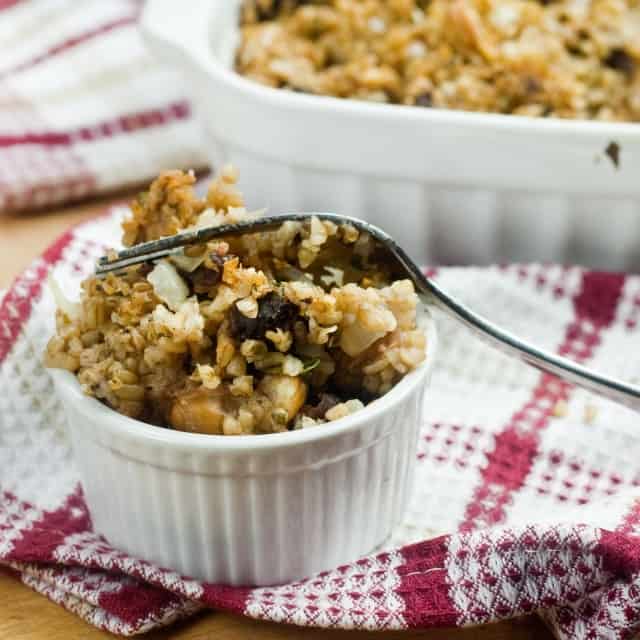 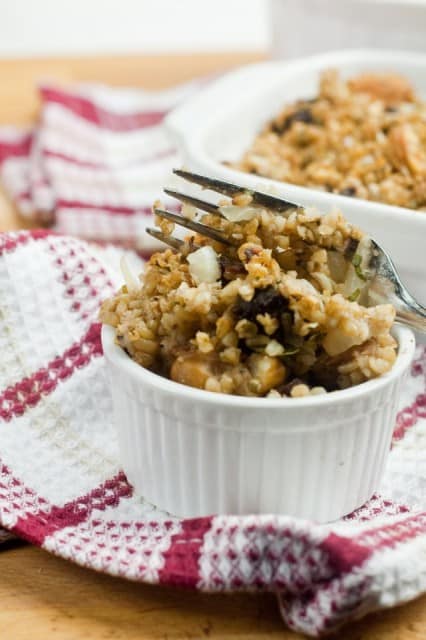