While we’re on the subject of beets… you won’t mind if I squeeze in another beet recipe, will you?

As I was searching my mind for creative ways to use beets, I thought it would be fun to make a beet soup. Since I’d never heard of beet soup before, much less had it, I searched online to see if it had been attempted and what I could expect from it. I found this recipe for a Beet and Fennel Soup, which I thought looked really great.

Fennel AND beet, together, in one magnificent looking soup. Now THAT was original. I thought the flavor combination sounded incredible and I couldn’t wait to try it.

I bookmarked the recipe and got busy almost right away.

Just look at the color of this thing! 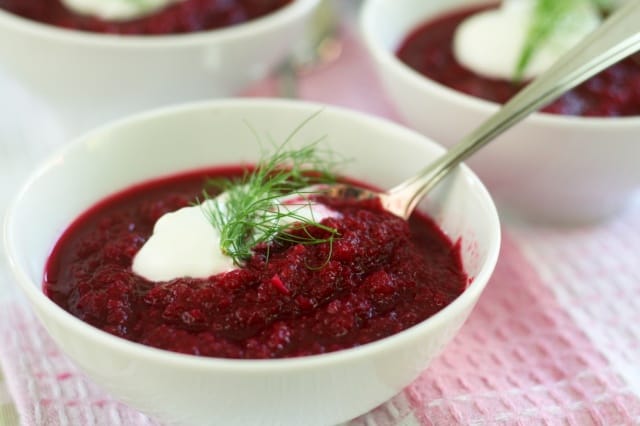 Now, I knew I was going to need oven roasted beets for another recipe that I had in mind, so I did things a little differently than what the recipe commanded. (Me??? Not following a recipe? Noooo! That’s impossible!)

But seriously, I didn’t derogate all that much. All I did is I quartered the beets and onions and roasted them on a baking sheet, covered with foil instead of wrapping them in foil and baking them whole. I don’t think it can’t have affected the end result all that much.

Unfortunately, when it was good and ready to serve, I finally tasted it and was somewhat disappointed. Not that it tasted bad. Only, something was off. Something just was not working out. I felt like I was eating hot pickled beets. The vinegar taste was too strong, and, well, I dunno… I think I prefer my beets cold, honestly.

Soooo, I decided to let the soup cool completely. I thought I would turn it into a cold soup.

Now THAT really sat well with me.

It might sound a little strange having to oven bake the beets for an hour and a half, then cook the fennel and simmer the soup for like 20 minutes only to then wait for it to completely cool and serve it cold in the end, but I think it works really well.

Somehow, I think cold soups should be raw. But with this one, cooked and cooled works beautifully.

I think it makes for a gorgeous and very original appetizer. Not sure I would have it as a main course, though. It might be just a tad too much. Or maybe just a light lunch…

Please, if anyone tries this one out, share your impressions. I’d love to hear what others think of it.

Who knows, maybe you will like it better hot! 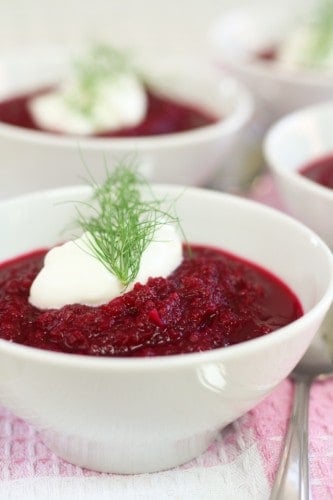 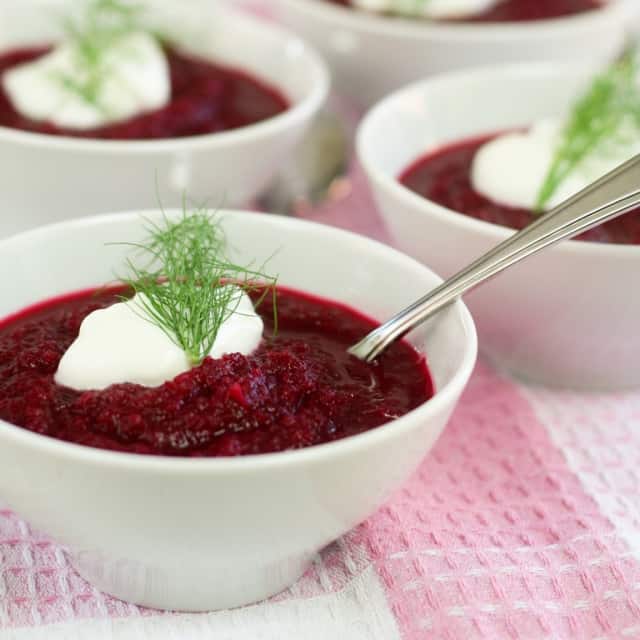 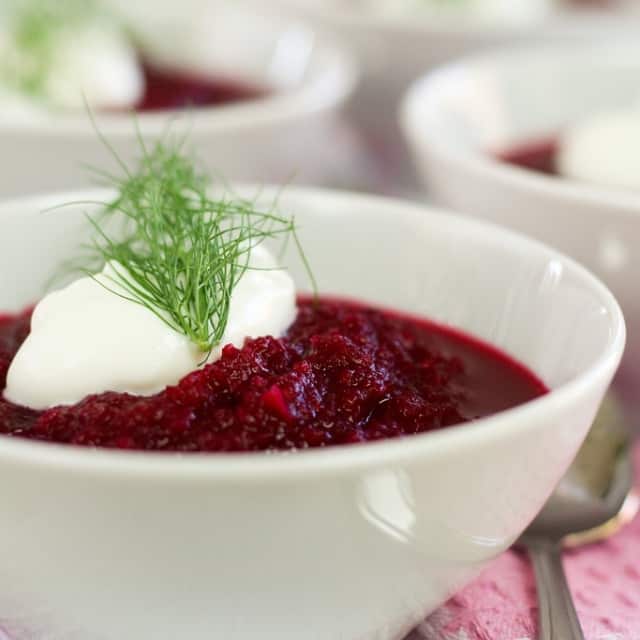