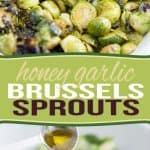 These Honey Garlic Oven Roasted Brussels Sprouts are so good, they will turn even the toughest of Brussels sprouts haters into total believers! 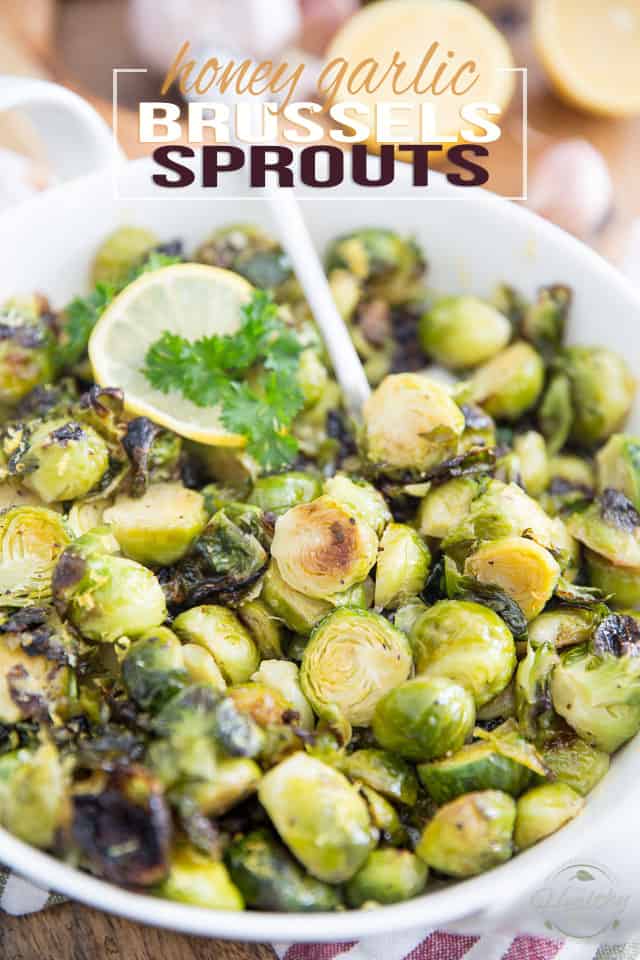 Brussels Sprouts… you either love them or hate ’em, right?

I happen to belong to the first category of people, but let me tell you — these Honey Garlic Oven Roasted Brussels Sprouts right here, they taste SO good, they will turn even the toughest of Brussels sprouts haters into total believers!

Well, providing that they are a fan of sweet and savory dishes, that is, cuz these guys they are a little bit on the sweet side. Their sweetness, however, will make anyone forget all about the fact that it’s actually Brussels sprouts they’re eating.

The sprouts first get roasted in the oven with nothing more than a little bit of olive oil and a sprinkle of salt and pepper. Then, once they’re nice and tender and lightly browned, they get covered in the most delicious, slightly tangy Honey Garlic glaze before being sent back for a little trip under the broiler, just to finish caramelizing them nice and good!

YUMMERS! Seriously, these babies, they taste just like candy in the vegetable form. Vegetable candy!

Plus, they’re relatively quick and easy to make and they go good with just about anything. 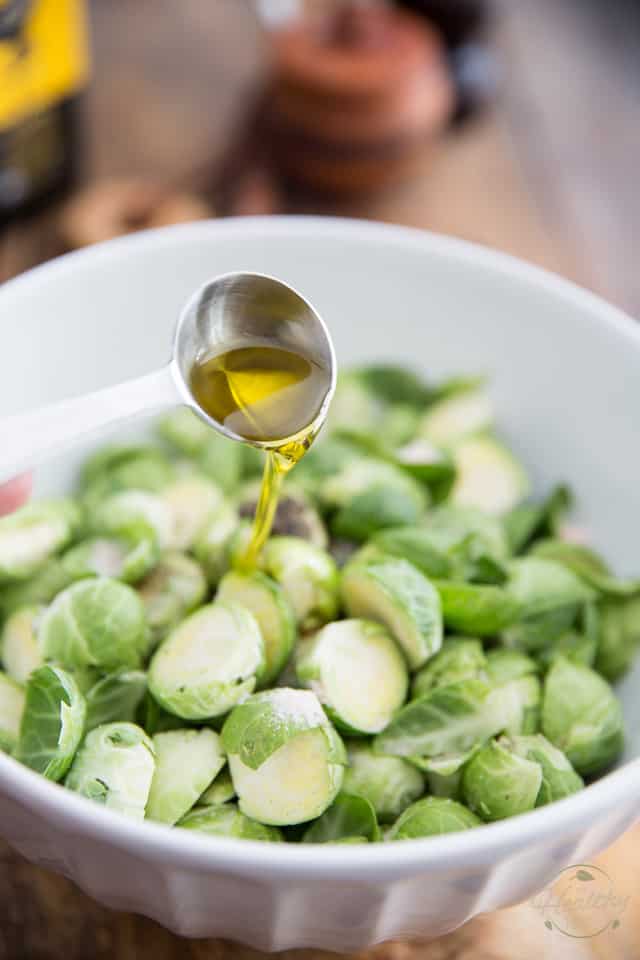 Then, prep your Brussels sprouts. That means cut out the stem, trim off the outer leaves and slice the sprouts in half lengthwise. Then, place them in a large bowl, add some olive oil, salt and pepper and toss to coat evenly. 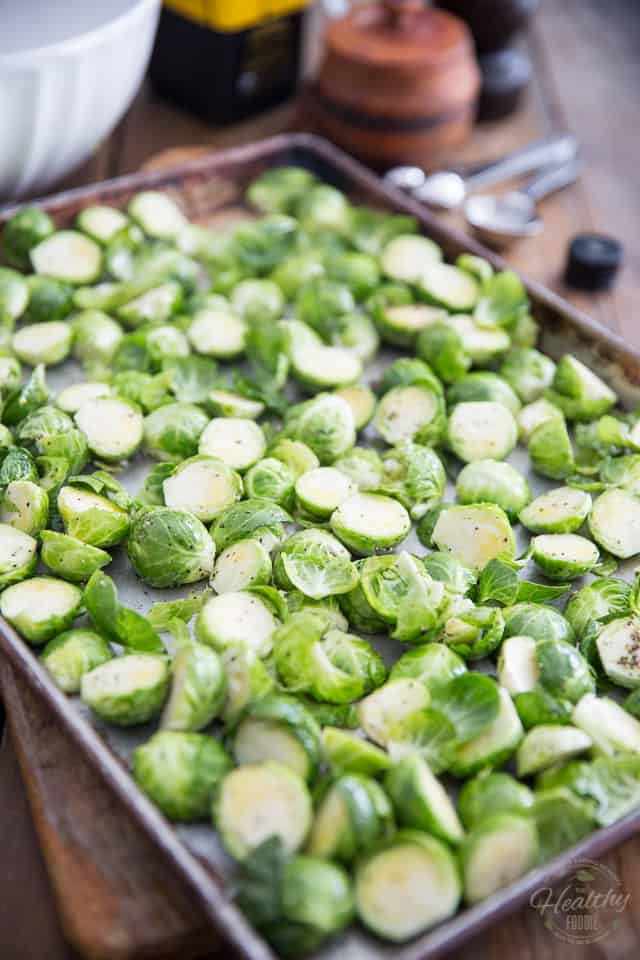 Spread the Brussels sprouts in a single layer onto a 9″ x 13″ rimmed baking sheet. It’s very important that the sprouts be on a single layer, else they’ll end up boiling on your as opposed to roasting and will never achieve that beautiful caramelization that we’re after.

Roast the Brussels sprouts until they become tender and slightly browned, which should take no longer than 12 to 15 minutes.

While that’s happening, make the honey garlic glaze by mixing some honey, white balsamic vinegar, minced garlic, Dijon mustard and salt together in a small bowl. 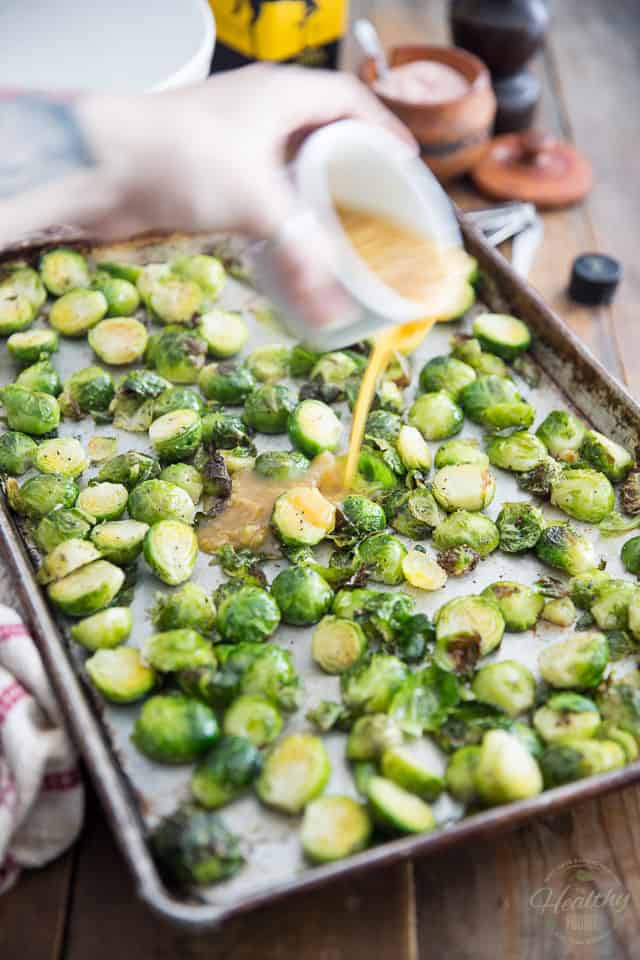 When your Brussels sprouts are cooked to your liking, take them out of the oven and drizzle them with the honey garlic glaze; Toss until all the sprouts have been coated with the glaze.

Set the oven to broil and return the Brussels sprouts to the oven, placing them directly under the broiler until they are nice and caramelized to your liking, about 2 to 3 minutes total.

That’s it! You’re already done. That wasn’t complicated, was it?

All that’s left to do now is serve your roasted Brussels sprouts while they’re still nice and hot.

If you’re feeling particularly fancy at this point, though, go ahead transfer them to a nice serving plate and then garnish ’em with a slice of of lemon, a pinch of lemon zest and a little bit of fresh parsley.

I can guarantee you there won’t be any leftovers… 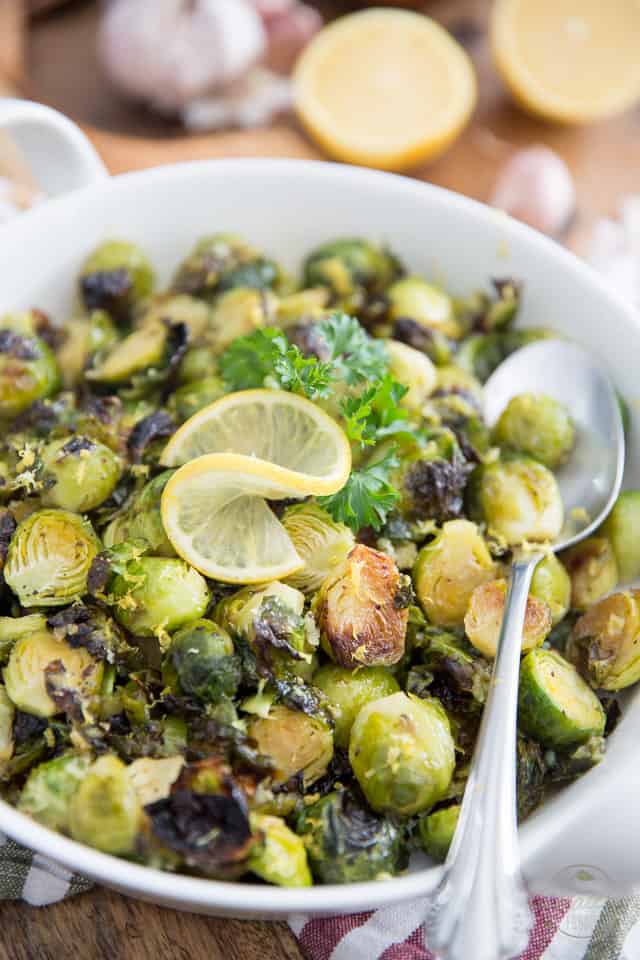 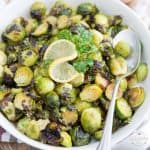 For the Brussels sprouts

For the honey garlic glaze