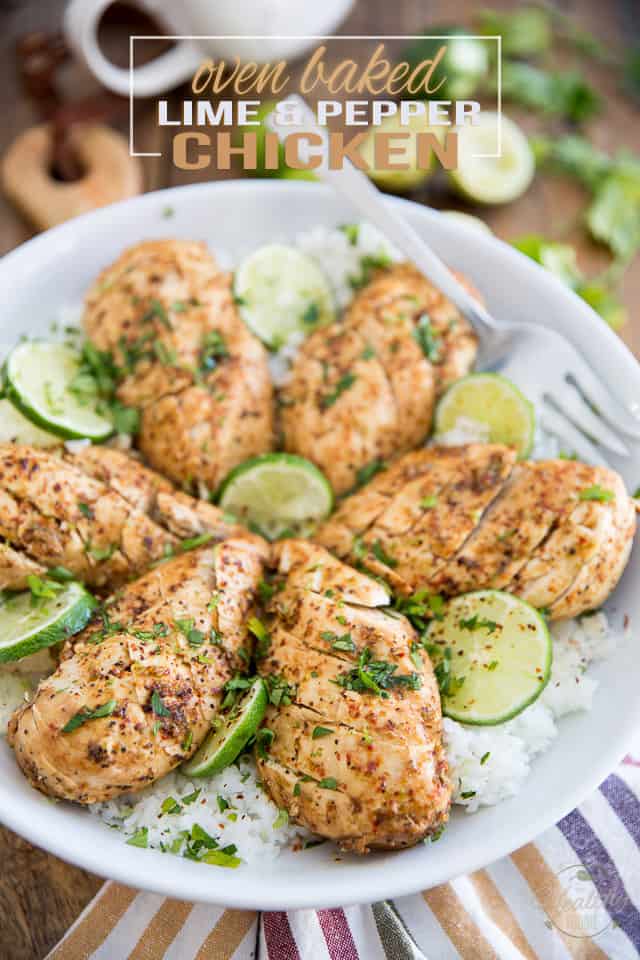 Most folks who are real serious about hitting the gym every day, who work out intensely and regularly or are on some kind of a meal plan in an effort to bulk, cut, or lose a few pounds have one thing in common: they have a tendency to prep all their meals on the week-end and then eat the same thing day in, day out, for the rest of the week.

How else are you going to easily and efficiently track your macros?

With this kind of meal planning, chicken breasts happen to be a very popular choice because they are a tremendous source of lean protein that’s widely available, easy on the wallet and they’re also super easy to prepare. If not seasoned properly, however, chicken breasts tend to be a little dry and tasteless, which may result in one getting totally fed up with them rather quickly… 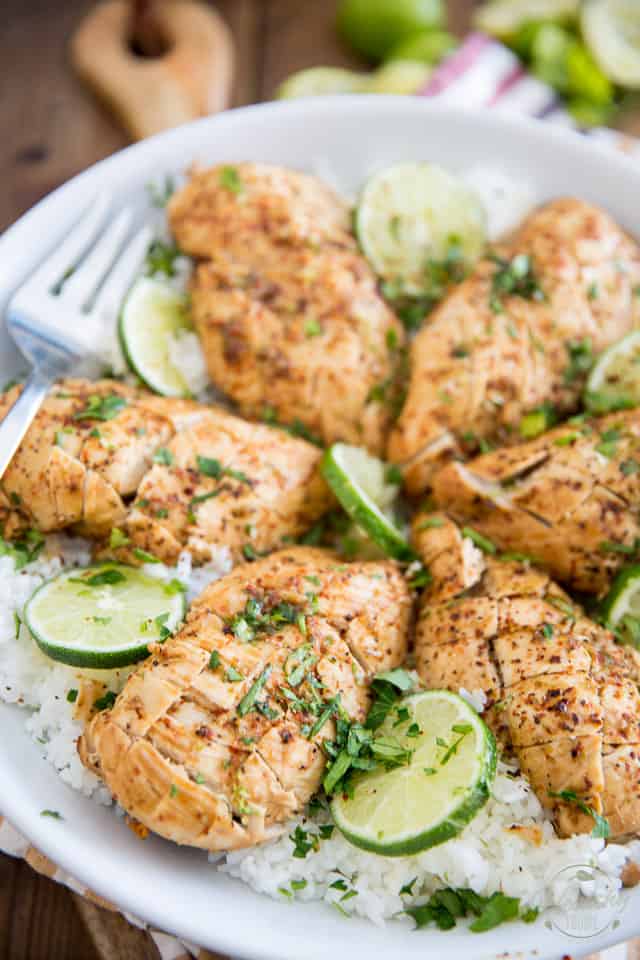 Well, it doesn’t have to be that way! There’s nothing wrong with chicken being juicy, moist AND tasty while still remaining super healthy, too. This Oven Baked Lime and Pepper Chicken is the very proof of that!

Oh, but hey, there’s nothing wrong with making it for the fam to enjoy the very same night either, you know. You don’t absolutely HAVE to make this dish specifically with the intent of preparing lunches for the whole week. That was only a suggestion.

Ultimately, the choice is all yours…

Plus, the fam they’d be all over that one. Hopefully, though, there will be leftovers for you to make at least one or two lunches! 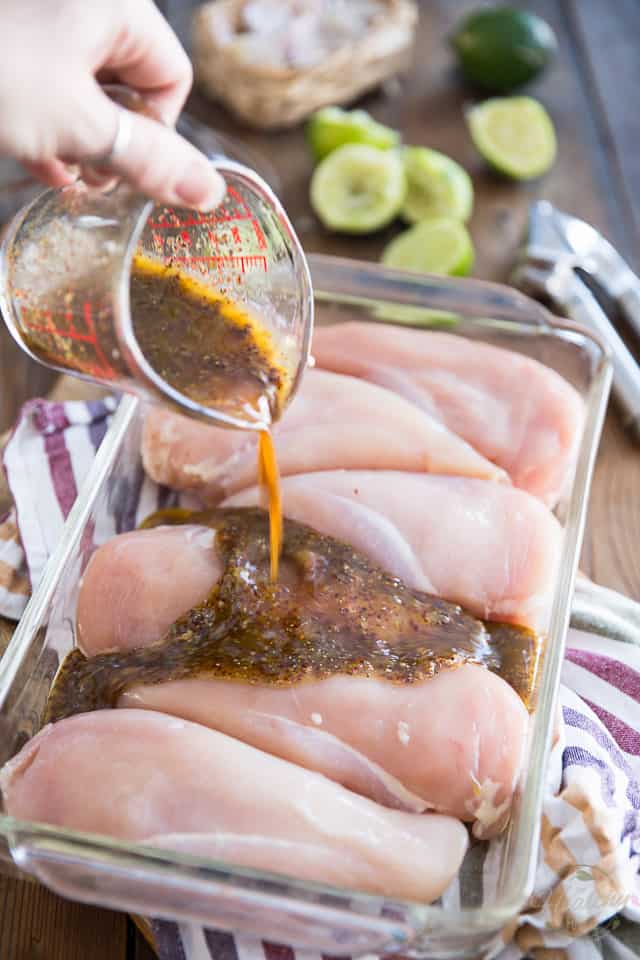 First course of action: marinate the chicken. This is key to making it super tender and flavorful.

In a large mixing bowl or glass measuring cup, combine all the ingredients for the marinade; which go as follows:

Whisk until well combined and pour over the chicken breasts, which you will have previously placed in a baking dish that’s just big enough to accommodate them in a single layer.

You could also use a large resealable zip bag, if that were easier for you… 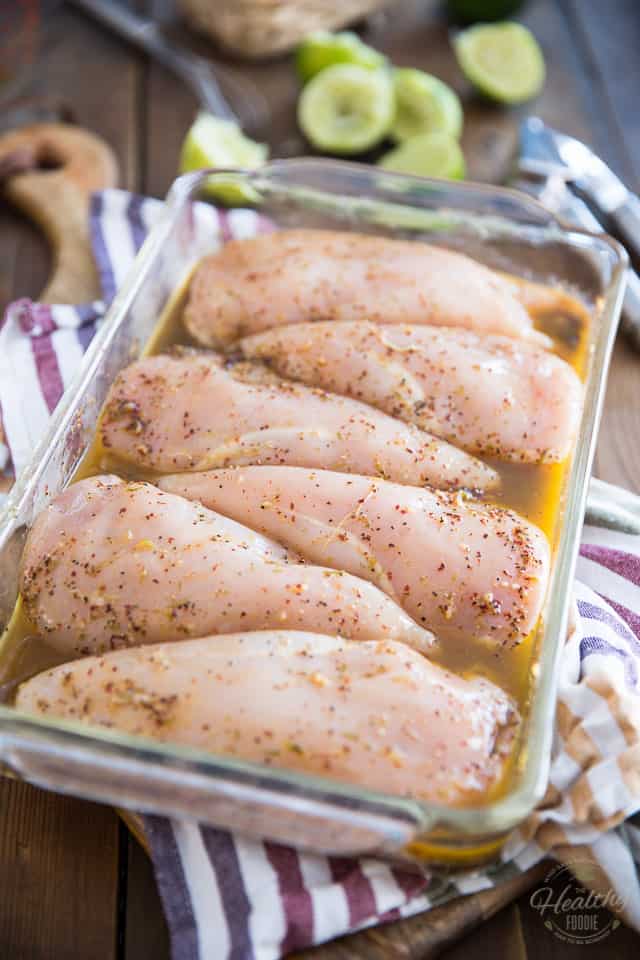 Toss the chicken breasts delicately until all of them get an equal share of the marinade and are completely coated.

Cover with a piece of plastic film and place the chicken in the refrigerator to marinate for at least 4 hours, or even better yet, up to overnight. 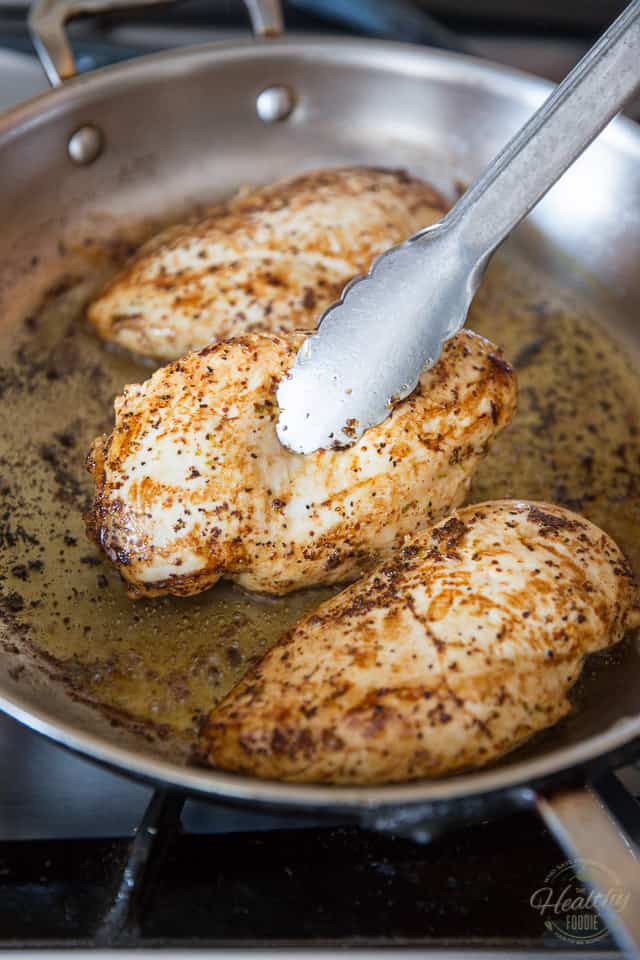 When you are ready to cook your chicken, preheat your oven to 375°F. Then, in a large, heavy skillet, heat a few tablespoons of healthy cooking oil or fat over medium-high heat.

Once the pan is hot enough, add the chicken breasts, 2 or 3 at a time, and sear them for a minute or two on each side, until they become nice and golden brown.

Don’t go adding all the chicken breasts at once, otherwise they’d end up boiling as opposed to browning, which would completely defeat the purpose of searing them in the first place. Also, don’t concern yourself with all the fat that’s in the pan, cuz that’s exactly where it’s gonna stay: in the pan! 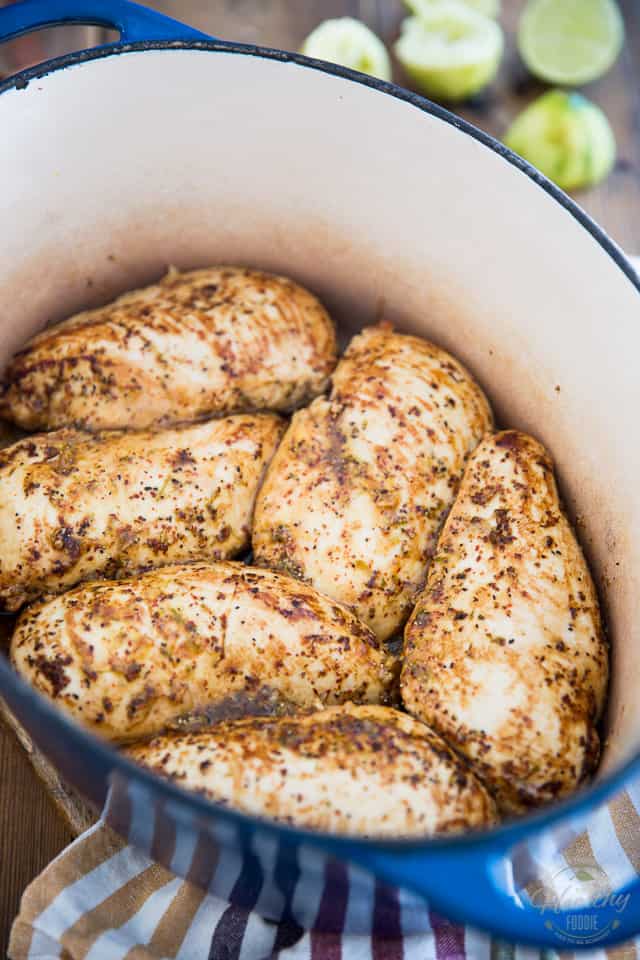 Transfer the seared chicken breasts to a Dutch oven or other oven safe dish that possesses a tight fitting lid and repeat the searing process with the remaining chicken breasts.

Then, pour the remaining marinade over the chicken breasts: you really wouldn’t want to let that go to waste! It’s got so much flavor to give and it’s definitely not done infusing the chicken with all of it… 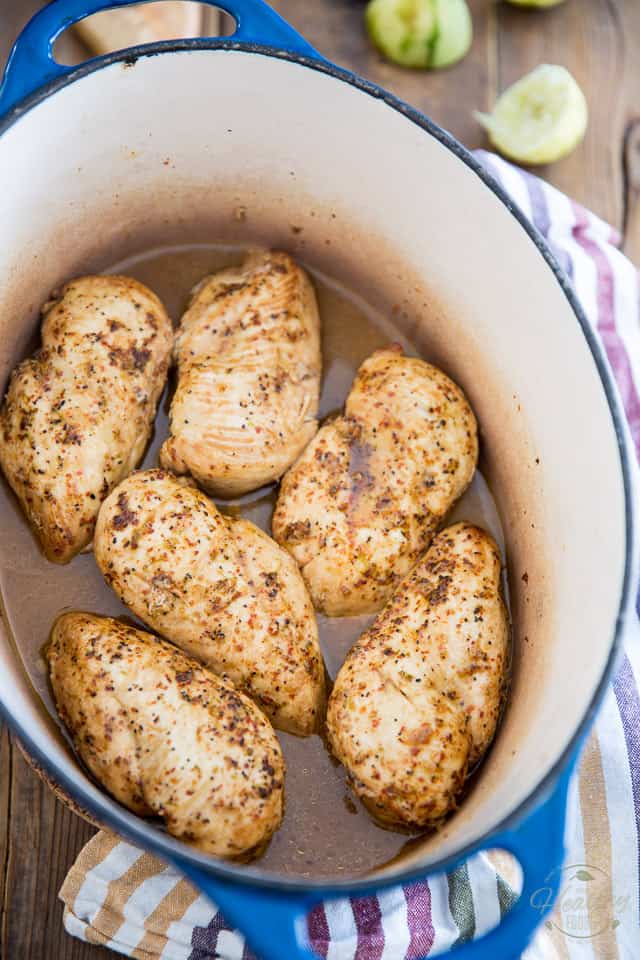 Now put the lid on and and bake the chicken breasts in the oven for 25 minutes, then remove the lid and continue cooking for another 5 minutes to crisp up the top some.

Your chicken is now ready to be served! Now you can choose to eat this right now, or to divide it between individual lunches to last you all week!

Or, you could have some now AND make lunches with the leftovers.

Me, I used a sharp knife to score my chicken breasts with pretty little diamond shapes just to make them look that much yummier and served them on a bed of cooked arborio rice, drizzled with the cooking juices (again, DO NOT let those go to waste, they now have even more flavor to offer than they did before) and garnished with slices of lime and a handful of freshly chopped parsley.

If that chicken doesn’t scream healthy, juicy, refreshing AND tasty, I don’t know what will… 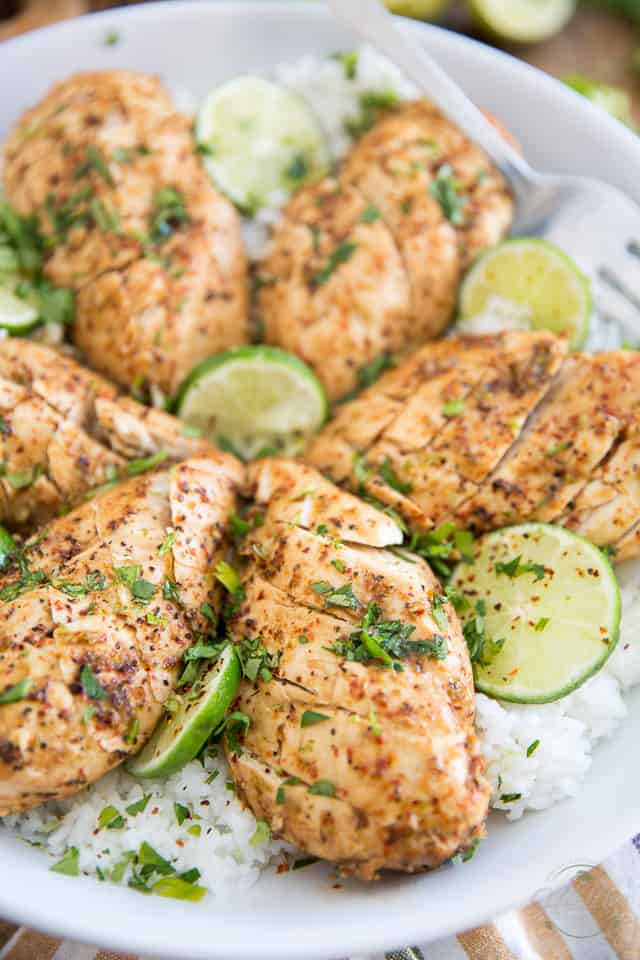 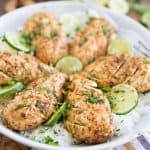