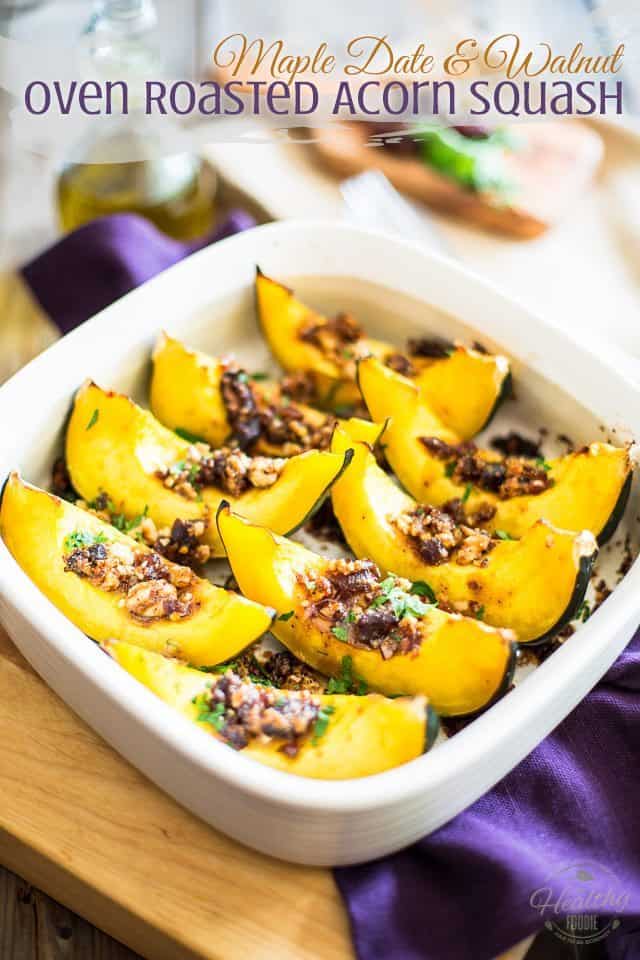 When I initially decided to write a cookbook, I was super excited, of course, but at the same time, I felt afraid that I was going to find the whole experience to be rather impersonal, cold and unfriendly. I mean a cookbook, unlike a blog, doesn’t really allow people to reach out and ask questions or comment on a certain recipe, or even just share their feedback and impressions after they’ve tried it. After all, a cookbook doesn’t come equipped with its own super convenient, built-in commenting system…

I kinda felt as though I would just be sending my recipes out into the universe and never again hear about them.

Boy was I wrong! Ever since Paleo Home Cooking has been published, I’ve been getting all kinds of emails, super nice comments, positive reviews and amazing feedback from all over the place… There’s even this one guy on Amazon who said he noticed, and I quote: “a striking resemblance between my book and Danielle Walker’s Against All Grain!” Wow! To say that I was flattered would be a gross understatement: I nearly wept with joy!

So far, the response has been overwhelmingly positive and I honestly could not be happier. In fact, I am totally over the moon!

So before I got to today’s recipe, I wanted to take a minute to thank all of you who purchased my book and especially those who took the time to email me, to comment on here, on Instagram or on Facebook, to all those who wrote blog reviews or hosted a giveaway, who mentioned my book on their social media pages, who left a review on the different sites where Paleo Home Cooking is being sold, thank you, thank you, thank you so very much. You have no idea just how great a deal this means to me and how good it feels to know that I haven’t, after all, just thrown all of this hard work into the universe only to never hear about it again.

You’re totally awesome, each and every single one of you! 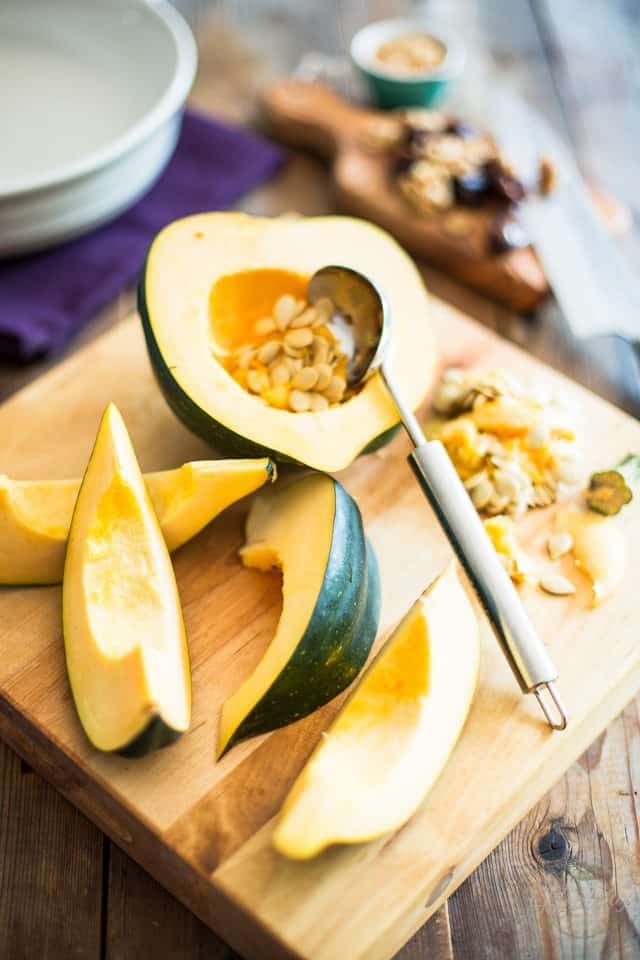 And now, what do you say we get on with the eats? Today, we’re having a very simple side dish, one that’s super easy to make but ô so delicious to eat: Maple Date and Walnut Oven Roasted Acorn Squash.

What I particularly like about acorn squash is that its very manageable size makes it fairly easy to handle; Your blade should have no trouble at all getting from one side to the other and seeding it is a breeze, especially if you use one of ’em sturdy ice cream scoops.

Also too, once it’s been cooked, the peel is totally edible, so you don’t even have to trouble yourself with removing it. If, however, you’re not all that big on eating things with skin, know that it comes off super easily. You can simply remove it with your fork, directly in your plate, just like you would with with a baked potato, for instance.

Like I said earlier, this dish is super easy to make: Simply preheat your oven to 375°F, slice the acorn squash in half, remove the seeds and then cut each half into 4 wedges. Place those wedges in a large enough baking dish and sprinkle them generously with salt. 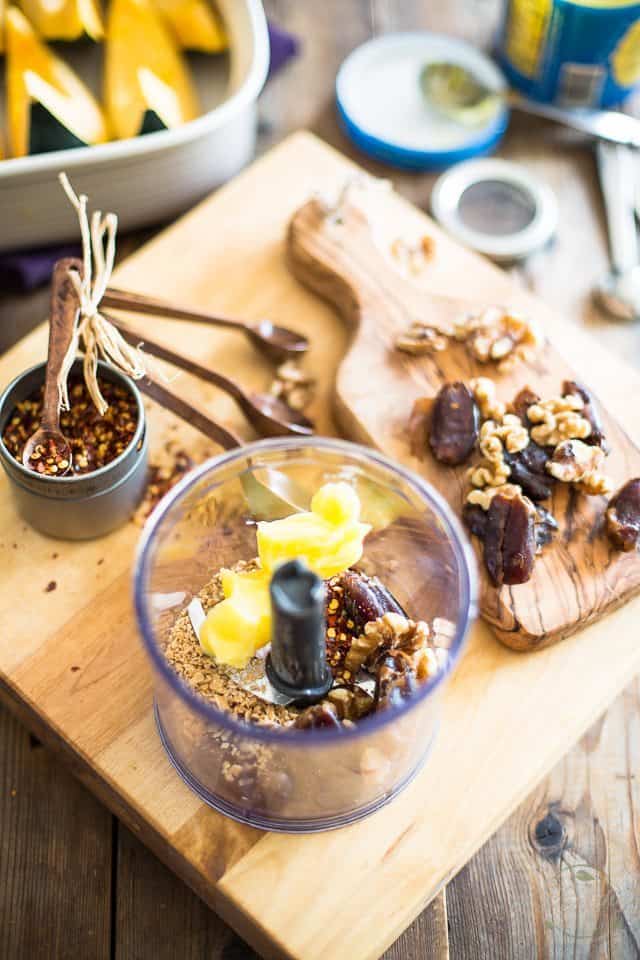 I used the chopping attachment that came with my KitchenAid Stick Blender (which is totally awesome, by the way!), but something like a Ninja Master Prep would work equally well! 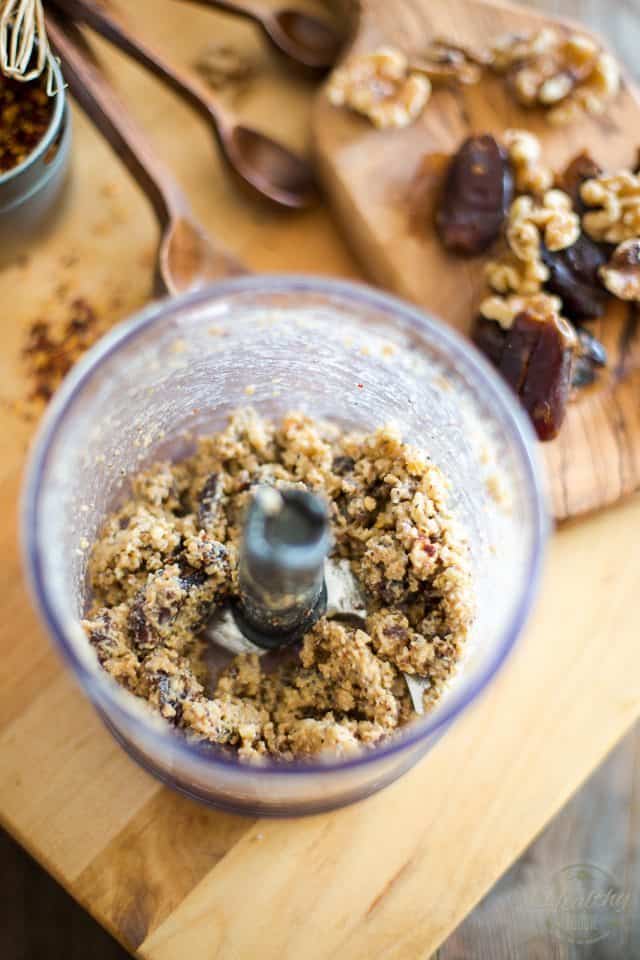 Process all the ingredients until everything is well combined but still has a crumbly consistency, a bit like coarse gravel. 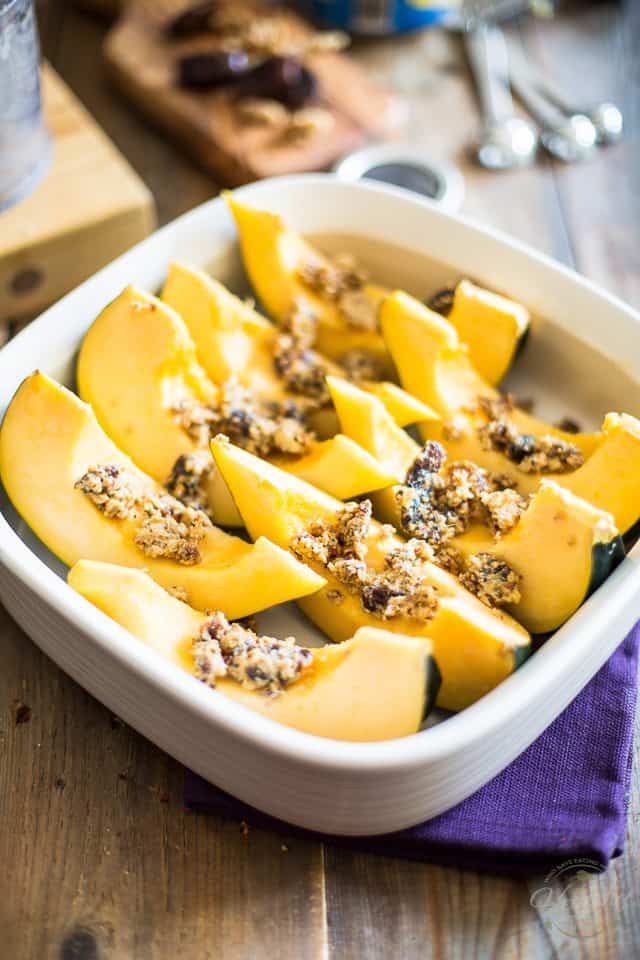 Drop that lovely mixture over the squash slices, then cover lightly with aluminium foil and bake for 25 minutes; remove foil and continue cooking for another 15 to 20 minutes, or until the squash is tender and slightly golden.

If you want your squash to get even darker on the edges, switch the oven to broil for a few minutes at the very end of the cooking process.

Garnish with chopped fresh parsley and serve with your favorite protein! 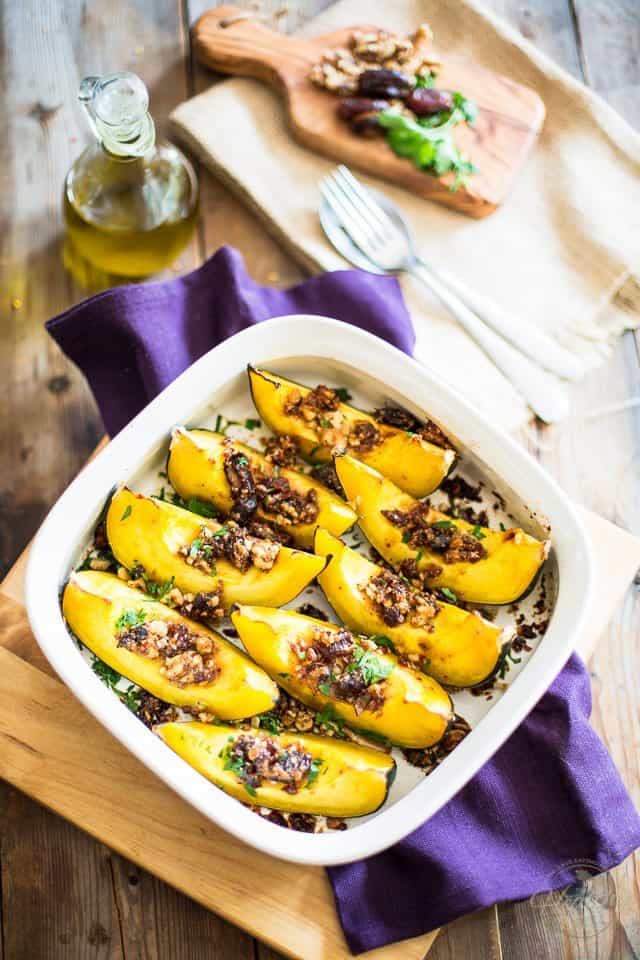 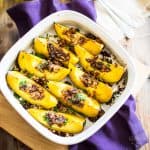 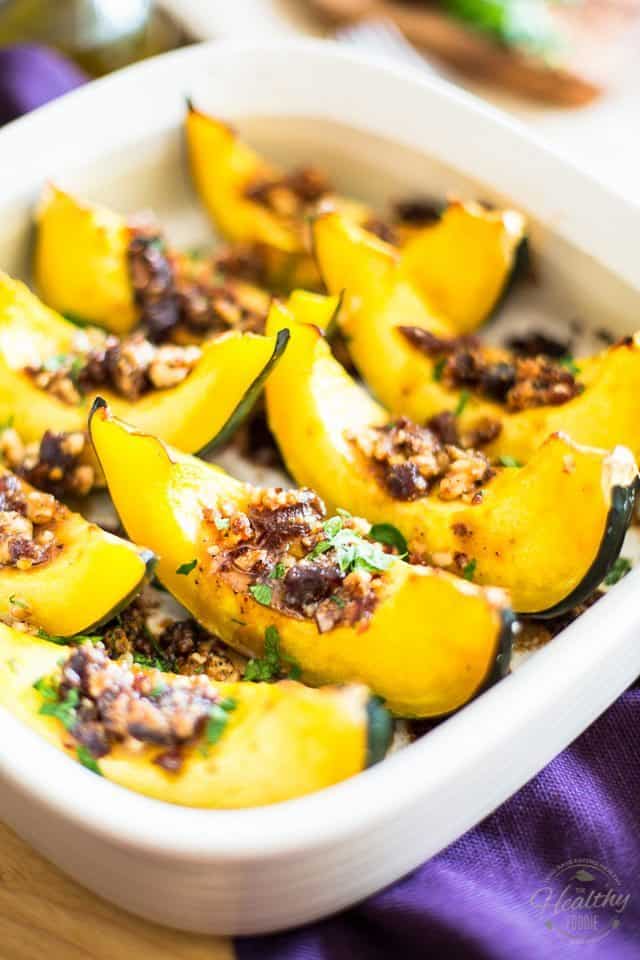 posted by Sonia! The Healthy Foodie on October 6, 2015