I feel I’ve been doing a lot of breakfast recipes lately, so I was planning on holding on to this one for a couple more days…

However, it appears that my much appreciated fellow blogger Kris, over at Young Married Chic, is pretty eager to get her hands on it, so I decided to do her a little favor and share it a bit sooner than planned, so that she can indulge as soon as she sees fit.

Hey, it was her birthday last week after all… so this would be some kind of a teeny weeny post-birthday special…  😉

I don’t know why it is, but it seems that canned pumpkin puree is only available in very large containers. At least, that’s the way it is at my local grocery store…

You can get the sugar supercharged pie filling in smaller cans, but the pure, no sugar or preservative added, real pumpkin deal is only available in mega-jumbo-feed-the-entire-neighbourhood-size.

That means when you open up a can, you have to get creative and find tons of ways to use up pumpkin puree, as you end up with about 200 cups of the bright orange stuff and it doesn’t keep fresh very long…

Good thing pumpkin is good for you!

Sooo… after making a batch of Pumpkin and Zucchini Individual Breads and Creamy Pumpkin and Chestnut Pasta for two, I was left with a fairly good amount of puree and didn’t want it to go to waste.

That’s when I thought of Pumpkin Pie Overnight Oats. I figured it would no doubt turn into the most fantastic breakfast creation and boy was I right. This is so good, I could almost have it for dessert! 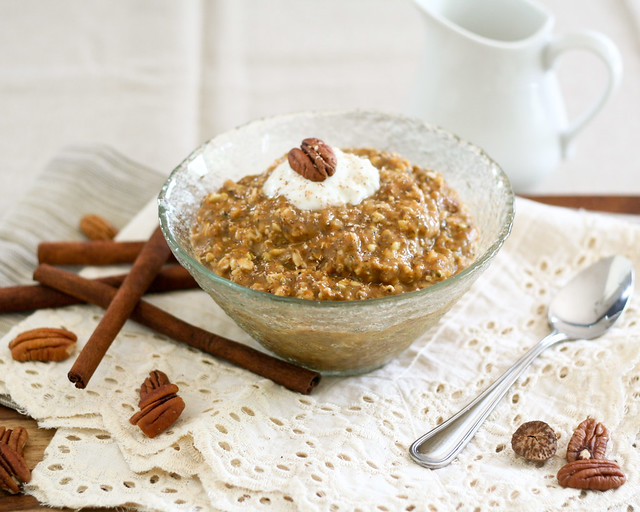 Almost! The main problem is, I don’t do dessert [anymore]… 😉

I wouldn’t mind eating that every morning for a while, though, like, say, until huge container of pumpkin puree was empty? And then I’d probably end up buying another one right away! Like I’m about to do! 🙂

Funny thing is, I’ve never really had pumpkin pie in my life and when I did try it, I remember not really liking it. Things do change as we get older, don’t they?

Of course, if you don’t like cinnamon, then don’t even bother trying this one out. It is simply LOADED with cinnamon, nutmeg, clove and ginger. Also, I used candied ginger that I chopped as finely as I could, but if you don’t have any on hand, you can easily substitute ground ginger. Just add a little more agave nectar or honey, if you want a little bit more sweetness. 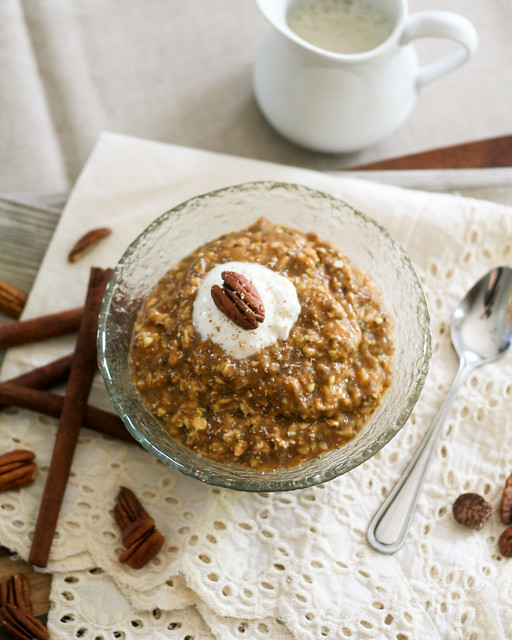 As for the addition of protein powder, it is entirely optional. I myself only added it on days where I had this as a post work-out breakfast, aka, week-ends! So feel free to add it or not. I’ve had both versions and I honestly would have a hard time telling them apart.

And there you have it. Now you know what to do with that canned pumpkin puree… 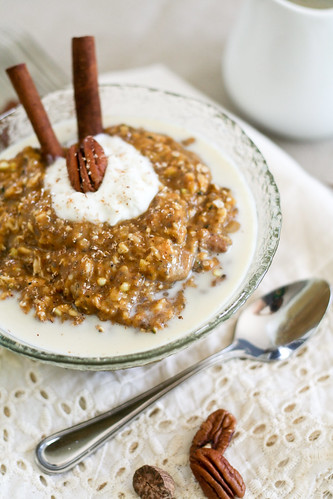 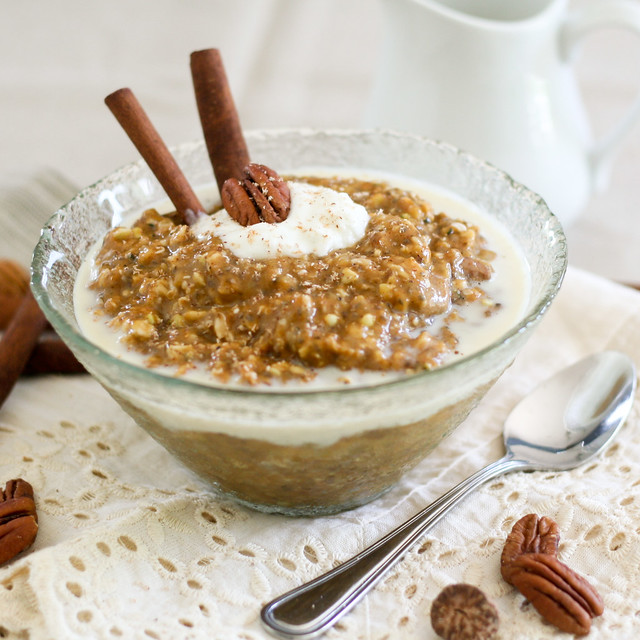 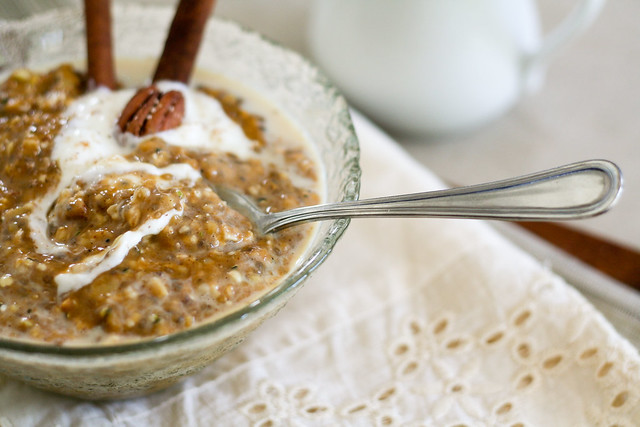 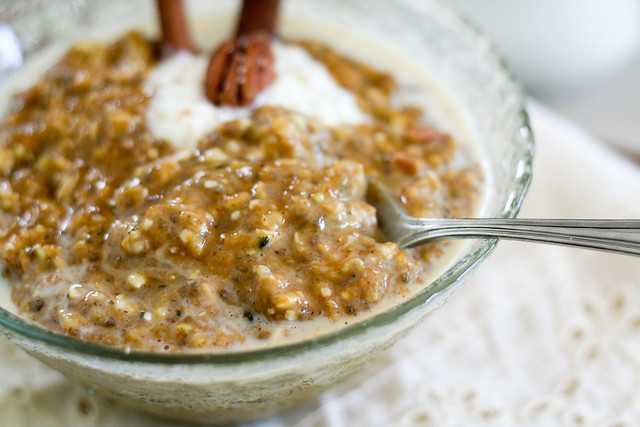