Of course, when I made the quinoa cakes and poached eggs recipe, I ended up with a few leftover patties… That was the perfect opportunity to test their “reheatability” factor! But what to make of them?

– Serve them with a warm tomato sauce? No… not in the mood for that….

– Creamy mushroom sauce? Nah… Not feeling that either, although that was a good option, for another time maybe…

I really was craving something fresh, something crisp, something zesty and creamy… some kind of a yogurt sauce, perhaps?

Something like TZATZIKI sauce!!! Voilà, now that’s EXACTLY what I wanted on top of my patty. Plus, it would be the perfect occasion to try Cathy’s recipe. (That one did not disappoint, by the way!)

Alright, so that was decided. But what to serve it with?

None of this was working for me… Then I thought HAMBURGER! Why not just throw that patty in one of those cute little thin multi-grain hamburger breads. Now THAT sounded like a plan to me!

I must admit that I was highly skeptical, though. I could visualize it in my mind and it sure LOOKED good, but I half expected this to not TASTE so good.

Boy, was I wrong! 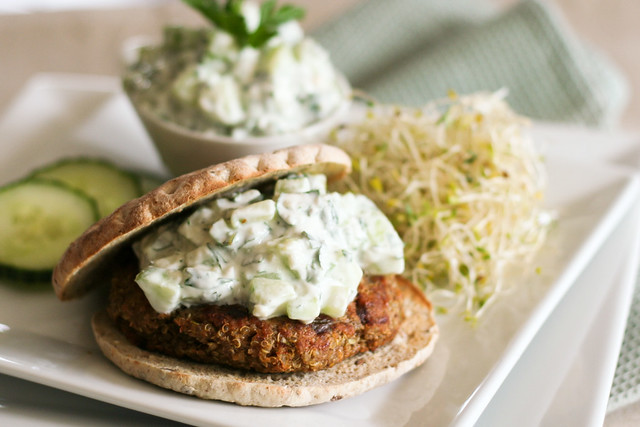 That quinoa cake is the ultimate vegetarian burger pattie, if you ask me! Despite its simplicity, this hamburger was SO tasty and chewy, incredibly satisying, yet super light and refreshing.

This was one meal I deeply appreciated and I would’ve gladly gone for seconds (especially I still have another patty that is just waiting to be reheated and, of course, I also have some of that Tzatziki sauce left in the fridge) but, you know, gotta keep those calories in check!

And speaking of reheating, the cakes passed the test with flying colors! I simply put the cake in a non-stick pan over low heat, covered, and left it there about 5 minutes per side. Worked per-fect-ly!

Oh, and the Tzatziki sauce? Definitely worth eating with a spoon! Thanks Cathy for that amazing recipe! 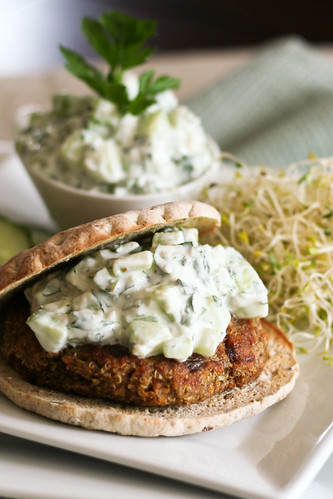 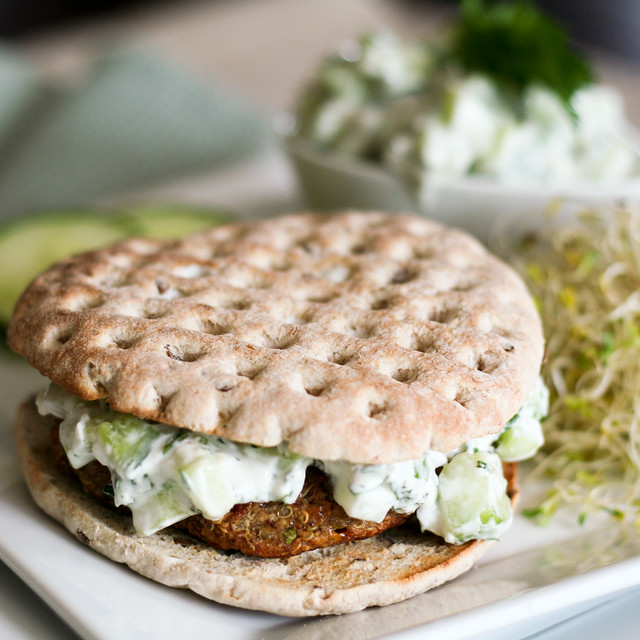 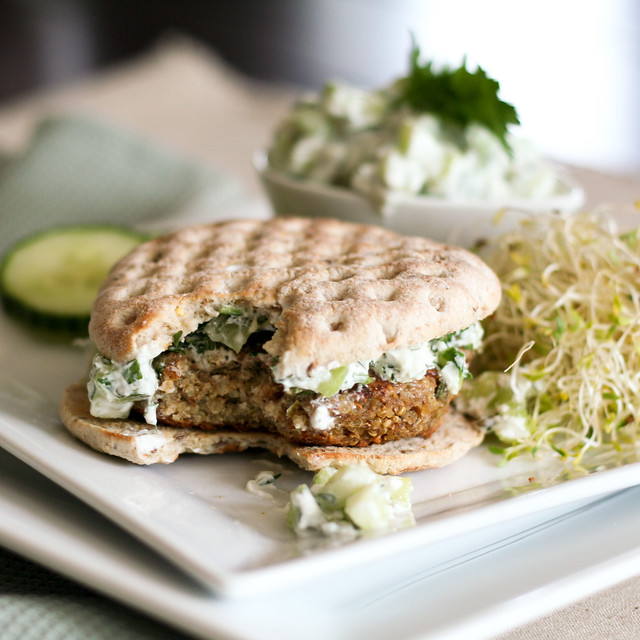 This article was featured on Women’s Health Magazine – June 17, 2011