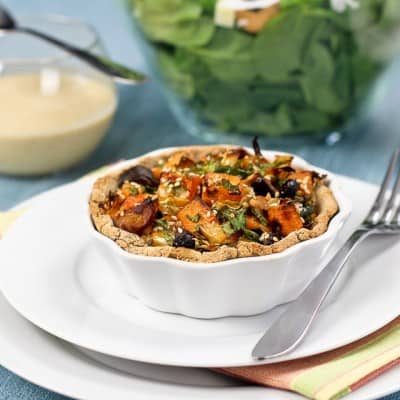 This new crust recipe is very, very similar to the one I used in my Asparagus Quiche, except this time I used coconut flour instead of quinoa and I left the baking powder out, since I wanted a bit of a thinner crust.

I was in the mood for a very rustic little pie, made with caramelized sweet potatoes and apples as the main ingredient. And since I find chestnuts go so well with sweet potatoes, I decided to add some of that too!

Then I debated for a little while as to whether or not I wanted to add a binding agent in there… I finally, well, after consulting with my mom and daughter who were eating with me that night, to not use one and leave the filling all loose, just like that.

This made for an even more rustic pie, almost kind of like a hash in a crust.

I could’ve eaten this for ages.

That filling was exactly what I had in mind. Sweet, creamy, nutty and a little bit tangy… I’m really happy I decided not to use a binding agent after all, it was like an avalanche of textures and flavors, quite literally.

As for the crust, it was typical of just about anything that calls for coconut flour. It had that very particular smooth / dry texture… you know. If you are a fan of coconut flour, you understand exactly what I’m talking about. It might not be the easiest crust to work with, but its overall yumminess makes the effort very much worthwhile! 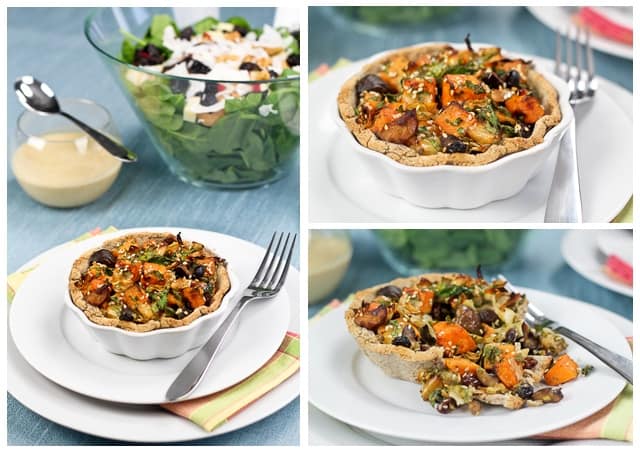 Another thing that I really liked about this dish is that it was just as good fresh out of the oven as it was right out of the fridge when I had leftovers the next day.

This makes those lil’ tartlets an ideal choice to bring to work for lunch. Nothing like a lunch that doesn’t need to hit the “ever-highly-sought-after-and-always-being-used-when-you-need-it” microwave oven. I don’t have that kind of patience, and to be honest, I’m not a huge fan of microwaves period. I try and avoid using them as much as I can. When I do, it’s always for very short periods of time.

All in all, I was VERY pleased with this experience!!!  I would redo them again in a heart beat… but I have other plans in mind for my next batch of almond pulp.

What’s that you ask? Oooooh… it’s a glorious plan, I can tell you that much.

We’re talking one of my all time favorite dishes. OK, I know, they’re all my favorites. You’re right…

But this one is the best, really.

Let’s hope it turns out! 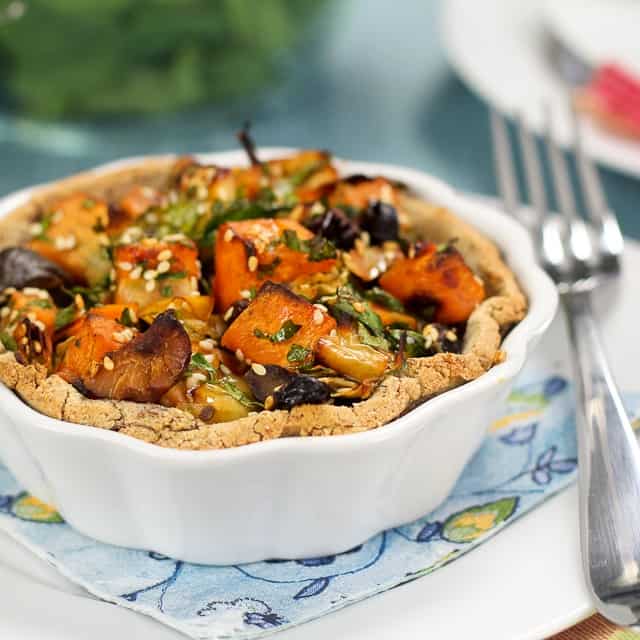 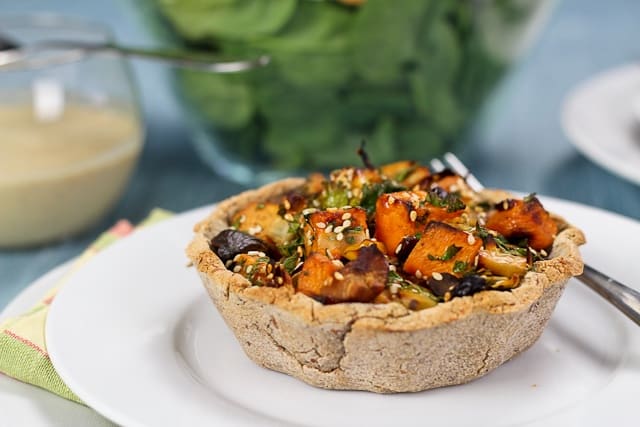 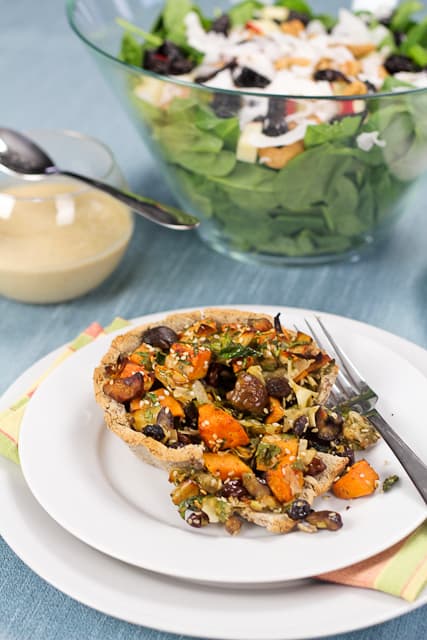