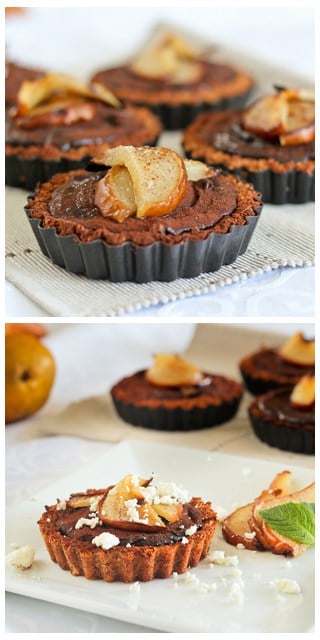 The inspiration for these pretty little things came to me after I made this Caramelized Pear, Chocolate and Goat Cheese Smoothie not so long ago.

The flavor combination was just sooooo amazing, I just HAD to make it into an actual decadent dessert.

Conveniently, I had also had the MOST decadent Caramelized Pear and Chocolate Pie EVER at my aunt’s place on New Year’s Eve.

I had decided that very same night, right then and there, that my life would never be complete unless I found a way to recreate that über delicious pie, using nothing but healthy ingredients, of course.

After I made the smoothie, the vision sort of became clear in my mind as to what direction I wanted to take tastewise.

What I really wasn’t certain about, however, was how I would get this super chocolaty, creamy yet super thick and unbelievably rich filling that I was after.

After all, coming up with a healthy ganache is no small task! How does one turn chocolate, cream and butter into something healthy?

I was almost there, in my thought process, that is, but still… something was missing.

Then I came up with this super duper Decadent Chocolate Cake. It was just what I needed to finally get the EUREKA I’d been waiting for. I was finally good and ready to go ahead and attempt recreating my aunt’s incredible pie.

You know what, guys?

I think I succeeded. With my very first try.

This, in my opinion, is one dessert that is soooo good, so tasty, so rich, creamy, chocolaty and sweet, you will never believe that it’s actually good for you.

To be honest, I even find them to be a tad too sweet… but that’s just my taste and I’m a little insane in the membrane, you know. I actually enjoy cocoa powder in its pure, unsweetened state.

So I guess I’m not really a reference… 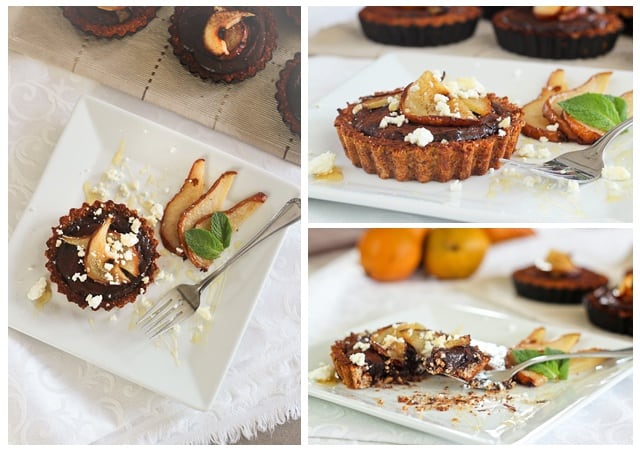 Still, I think that the honey and the date paste confer a very ample amount of sweetness to the dark chocolate “ganache” and the caramelized pears really help freshen up and cleanse the palate, thus making the whole thing a tad “lighter” to eat.

Don’t get me wrong, though. This is one seriously rich and decadent dessert.

I doubt you’ll want to go for seconds. Then again… I may be wrong.

I can’t say I haven’t considered! 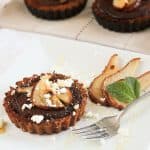 For the Chocolate Filling

OK, sorry for the millions of pictures, guys… I just couldn’t make up my mind! 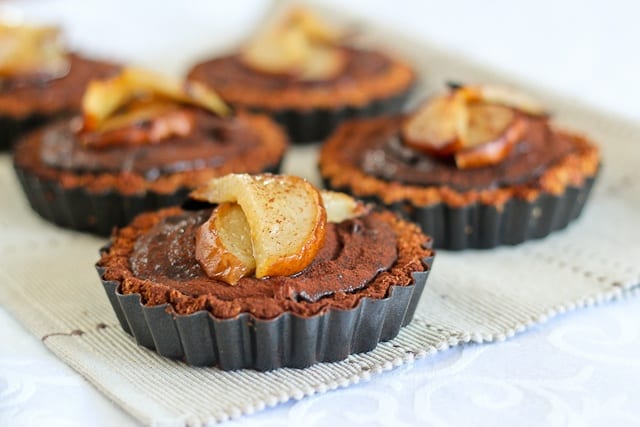 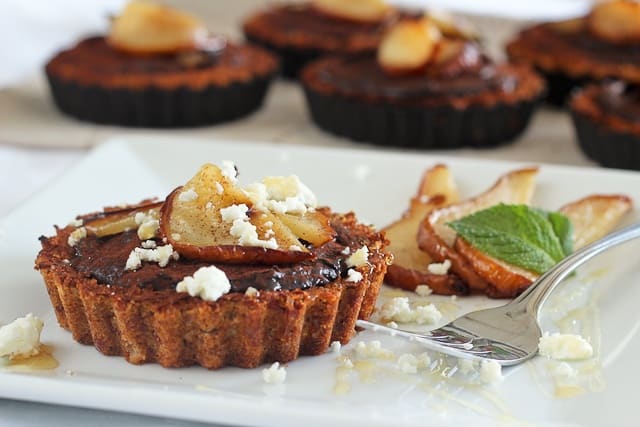 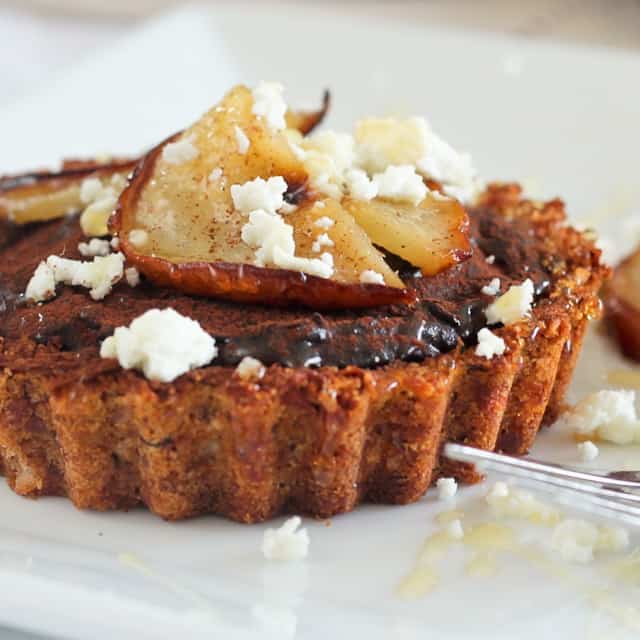 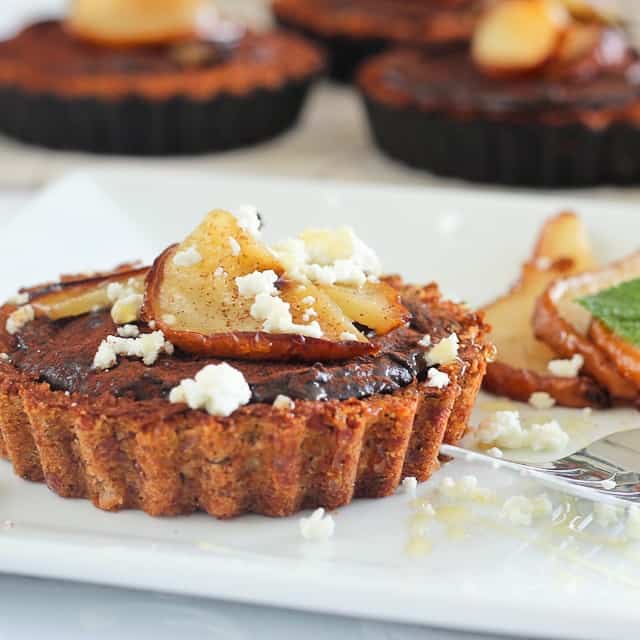 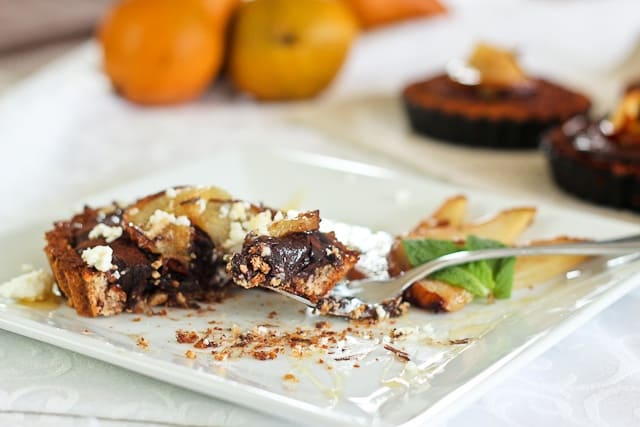 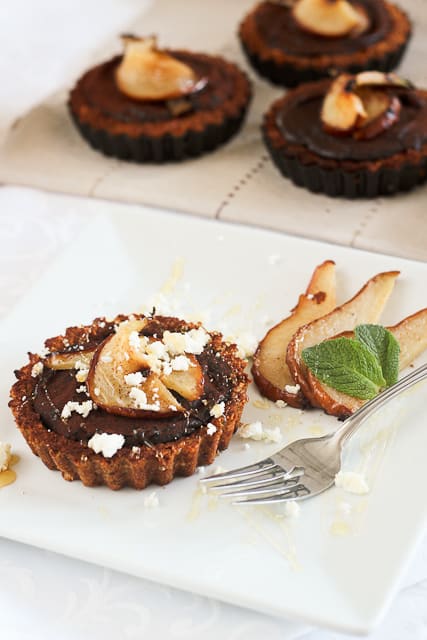