I was at the grocery store the other day and I came across these cute little, almost miniature, stripetti squash…

They were so cute, so adorable that I had to get some, even though they were not on my list and I had no plan to use them that week. Hey, squash do keep for a while and surely, stripetti squash could be no exception. They would have to wait for the next week. Or the one after.

Now, I can already hear some of you questionning: “You say what squash? Surely you mean spaghetti squash!”

No, seriously, I really mean Stripetti Squash. It’s not very common, but it sure is beautiful! 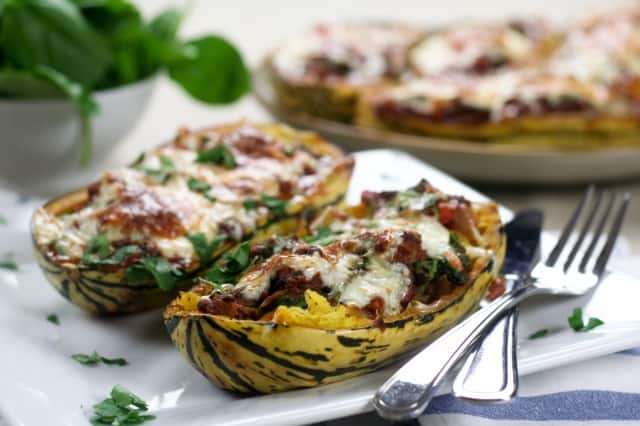 It’s actually a cross between the Delicata and Spaghetti Squash varieties. I had tried it once before, in the bigger, more mature form, and had found it to be extremely similar to spaghetti squash, except it was so much prettier and its flesh  was maybe a tad sweeter…

I figured I was going to prepare the young guys pretty much like I would the bigger, more mature family members: cut them in half, remove the seeds, bake them in oven face down, shred that gorgesous flesh into strands with a fork, cover with tomato sauce and sprinkle with goat cheese and parsley or something like that.

Except that, since they were so cute and tiny, I thought I’d serve that flesh right into the empty shells.

However, I was in for a surprise, well, in fact, two surprises and had to sort of change plans at the last minute.

Surprise number one: The squash were so young that their flesh refused to be shredded to form the usual strands. You could see that it sort of wanted to, but was way too creamy for that to happen. 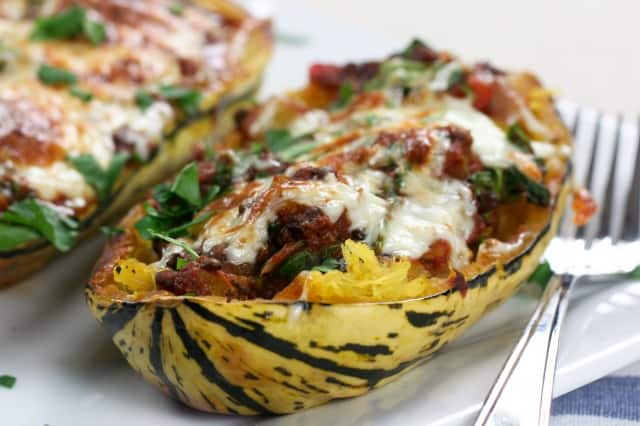 Surprise number 2: The skin was extremely delicate and fragile. So much so that the whole squash could be eaten, skin and all!

Oh well! I decided to just fill the cavity with the tomato, lentil and spinach sauce that I had made, top that with mozzarrella cheese and pop them in the oven to melt the cheese.

Not quite what I had in mind, but not a bad alternative at all!

I certainly hope that I can get my hands on young Stripetti Squash again in the future!

And if you are lucky enough to come across it, get it! You’ll thank me for it. 🙂 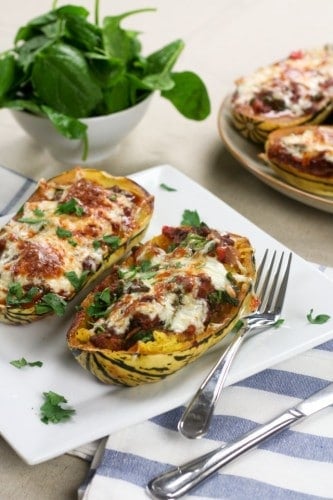 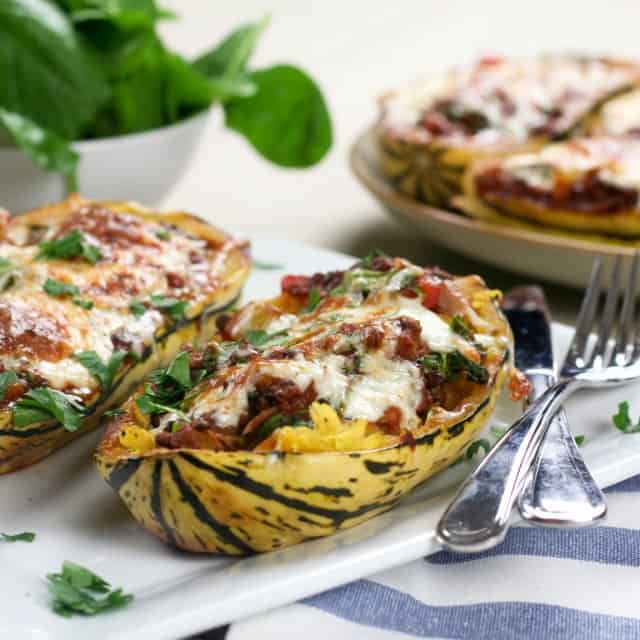 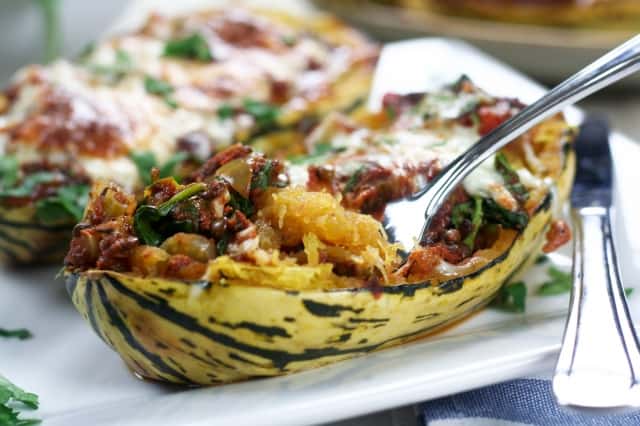 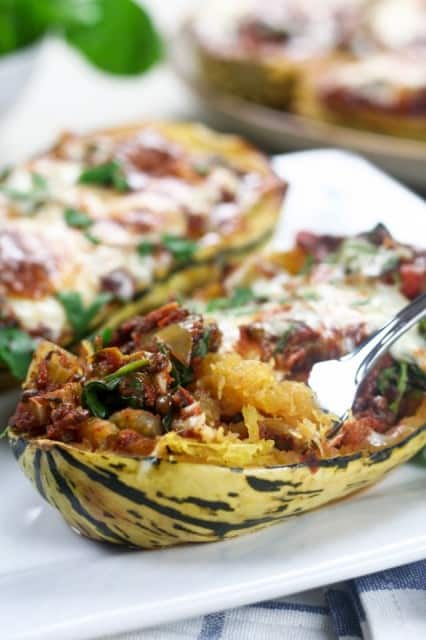