Wild Rice Vegetarian Stuffed Bell Peppers (and P90X it is!)

So I finally decided! P90X it is. This means there will be no running for me this summer and no half-marathon in the fall. I’d given myself until June 1st to decide and, since it doesn’t seem like the weather wants to improve much, well, I won’t mind spending the summer indoors as much.

After doing the program for a week, I realised that I lack big time in the strength and muscle mass department, so from that perspective, I get the feeling that I will gain a lot more by following P90X than I ever would by running.

Sure, running isn’t bad either, but it also comes with a lot of downsides, the most important of all being me not liking it. 😉 It’s hard to stick to something that you don’t really enjoy doing. I’m not saying that I will never ever run again, though. I didn’t hate it THAT much. In fact, there is a very good chance that I will be putting my shoes on and go for a little 5k here and there during the course of the summer. And who knows, maybe next year I will want to pick it up again and realise that goal of running a full marathon for my 40th year of existence.

I think what I like the most about P90X is that it is giving me a sense of not being alone. Since I first started this journey, I’ve always trained alone, and made my own programs. Now I finally have someone to think the programs for me, and I sort of have “virtual” training partners. Not that they’re going to mind if I don’t push the play button, heck, they’re not even going to know, but when I do push that button, they all come right to life in my basement. Plus, I don’t need to think about what music to put on, and which program to do… it’s all thought of for me. AND I have to stick with it, push myself, and push myself hard! For it IS a tough program. But I love it! LOVE IT!

The other good thing about it is that it has put me back on track. I had sort of lost sight of my initial goal, and I am still 5kg short of reaching it. 5kg! That’s nothing. I can and will do this! Then I can go back to maintenance mode. I had done that a little prematurely. 😉

Does that mean I’m done cooking beautiful meals day after day? NO WAY! That does mean, however, that you will likely be seeing more light and low cal dishes such as the one I made tonight. 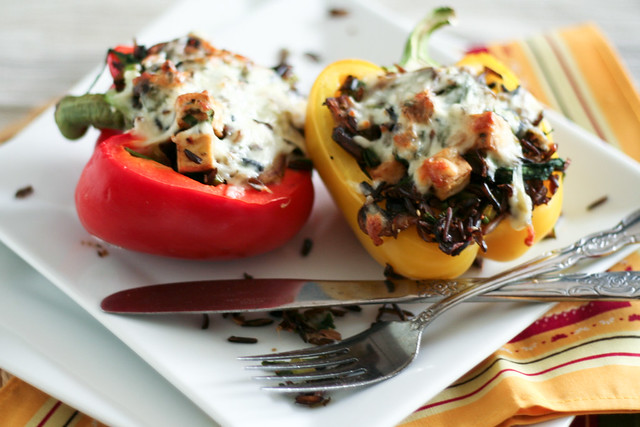 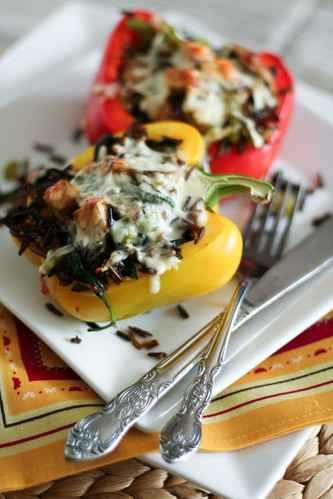 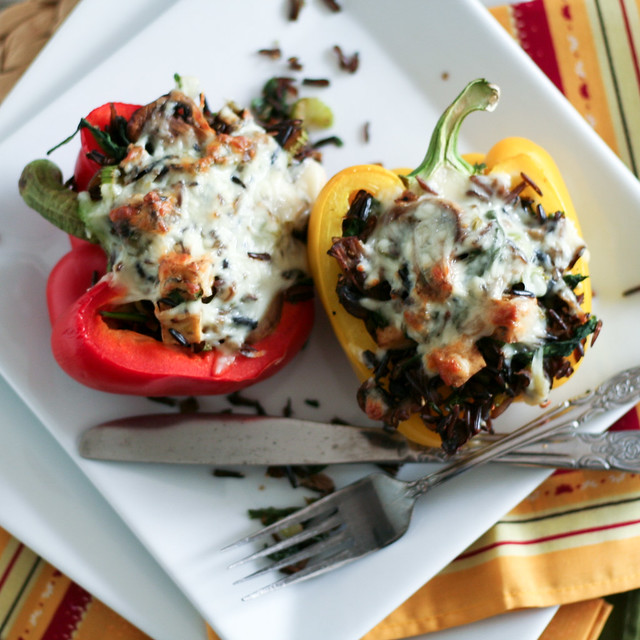 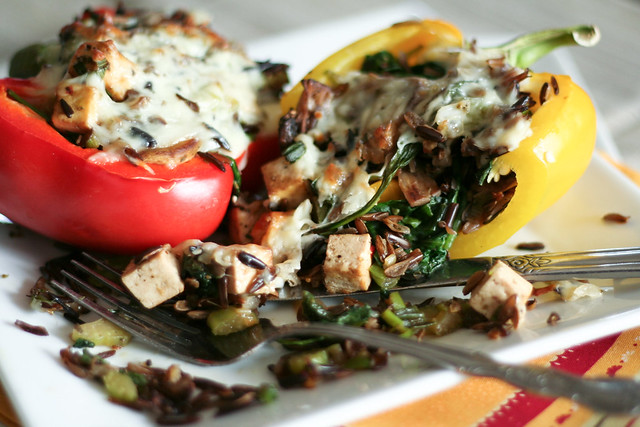 « Previous PostBruschetta… or not!
Next Post » Choco-Banana Overnight Oats

4 Comments on “Wild Rice Vegetarian Stuffed Bell Peppers (and P90X it is!)”