It’s kicking in again… the loneliness of celibacy. As I sit here typing these words, I feel terribly alone.

Or maybe it’s this harsh winter that’s leaving me so sad and depressed. Every day seems to be tougher, colder and dryer than the previous one… I can’t wait for it to end.

I hardly even feel like cooking anymore and sometimes, this whole blogging thing seems to be asking from me a whole lot more than I can handle. Even my camera, it seems, refuses to cooperate with me.

I think they call it seasonal depression. Yep. That’s the one! And I get it every.single.year.

The good thing is, it’s only seasonal. It eventually passes!

But until it does, I do tend to take a lot of comfort in food.  Only, I try my earnest to keep it clean!

Tell me, can you think of anything more comforting than food that has melted cheese on it?

I don’t think I can…

And if French Onion Soup would be my daughter’s favorite, this here used to be my dad’s, I’m sure. 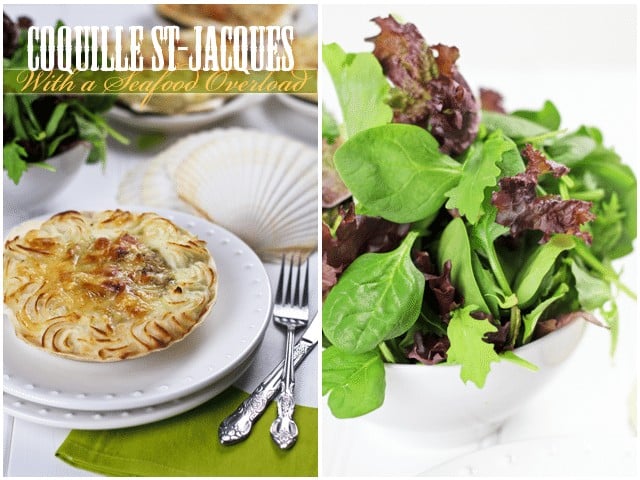 I remember my mom making this for him on his birthday when I was younger. The whole family had been invited. Grandma and grandpa were there. I was not a happy camper because back then, I couldn’t stand seafood of any kind. Not even shrimp. I loathed any food that came from the sea.

But, I truly believe that my mom made that at my dad’s request. I’m pretty convinced that Coquille St-Jacques was this one dish that he would have elected to eat on his birthday if given the choice.

That, or a plate of Fish ‘n Chips from his ultimate favorite seafood restaurant.

But this Coquille St-Jacques would be a much healthier choice! And while it might be a little bit on the extensive side, I think it’s worth every single minute you’ll spend making it. Plus, if you time things right, it’s not so bad at all. Prep everything beforehand, make the sauce while the potatoes are cooking and you should be good to make this in under a half hour, not including the time these babies have to spend in the oven, of course.

The good thing though is you can also make them in advance and instead of putting them in the oven after you’re done piping the potatoes and sprinkling the cheese, you can just throw them in the fridge and keep them there until you are ready to eat.

I’m pretty sure they would freeze very well too! 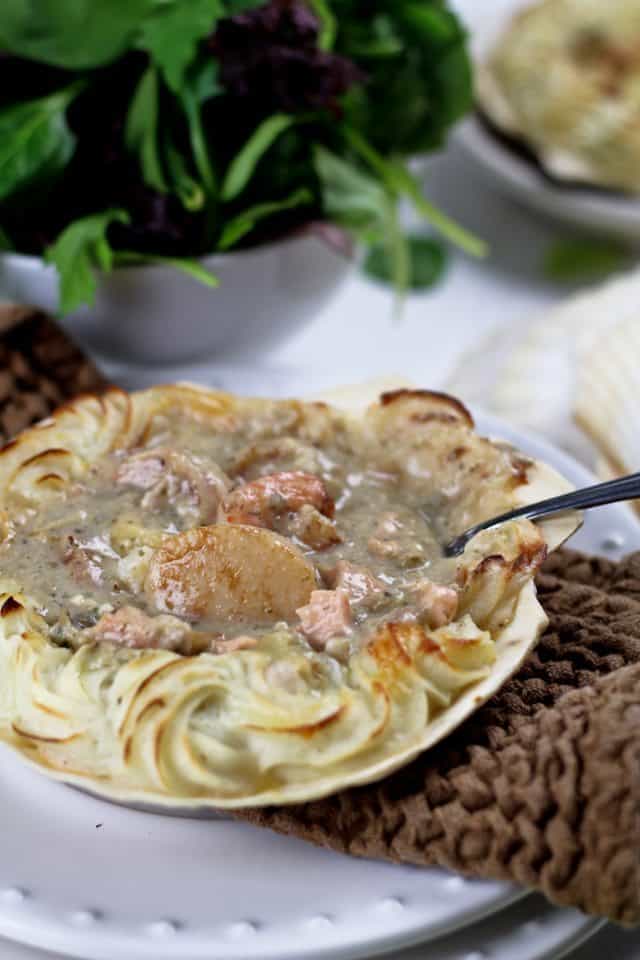 And while technically, a Coquille St-Jacques only has scallop in it, I elected to totally load mine with all sorts of fish and seafood. Of course, there is scallop, but I’ve also added shrimp, clams and salmon. Talk about seafood overload! Just the way I like ’em, and just the way my dad would’ve liked it too, I’m sure.

Here’s a dish that’s well worthy of eating on a birthday, if you ask me…

Or that certainly will help cure an episode of seasonal depression! 😉

Tell me, I’m curious… what dish would YOU want to eat on your birthday if you were given the option? 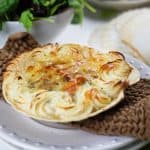 For the Mashed Potatoes

To make the mashed potatoes

To make the sauce 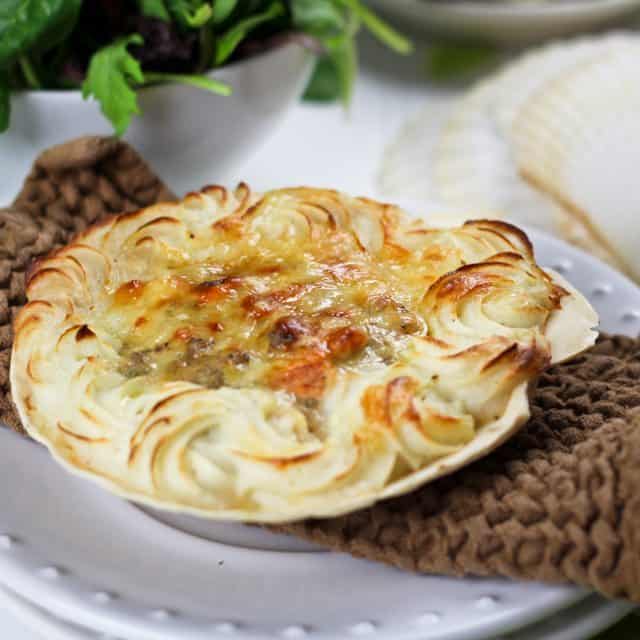 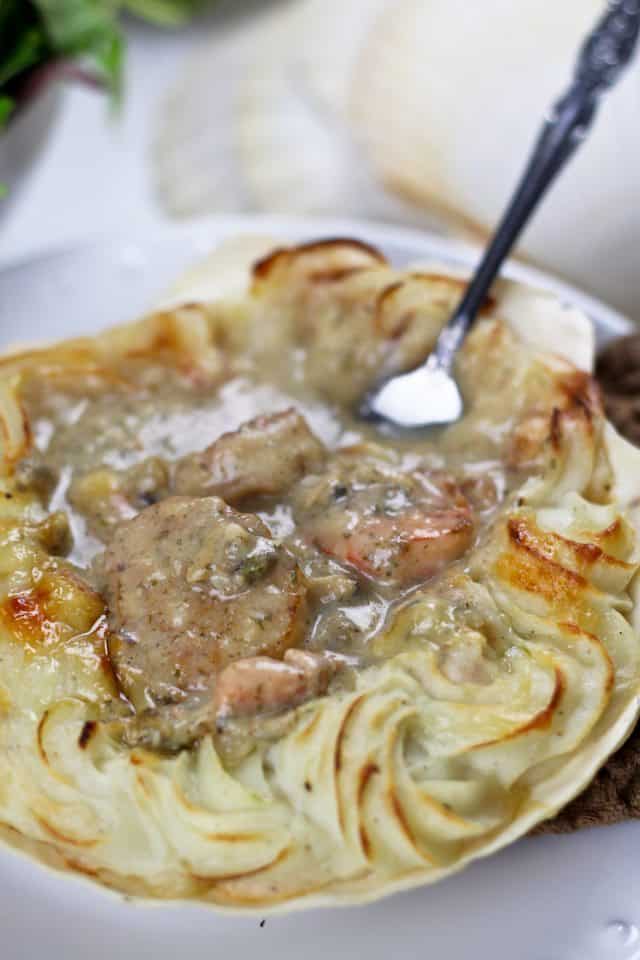 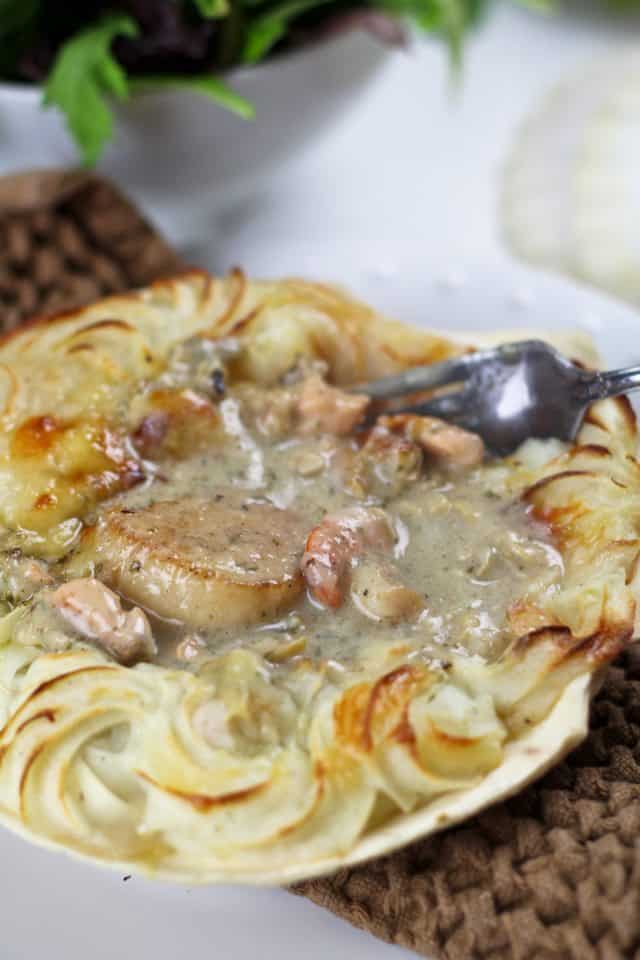