So I’ve decided to reinstate lean pork, i.e. loin and tenderloin, as an occasional source of lean protein to my regular diet.

The thing with pork tenderloin though is that they tend to come in packages of 2 around here.

Why that is, I have no idea. But the fact is that it is.

When you’re a family of 4, it’s not such a big deal. But when you’re mostly only cooking for yourself, well, it becomes sort of problematic…

Especially if you want to not have too much of said meat.

Hmpft. So much for that. I had to eat pork tenderloin most every day for an entire week last week. 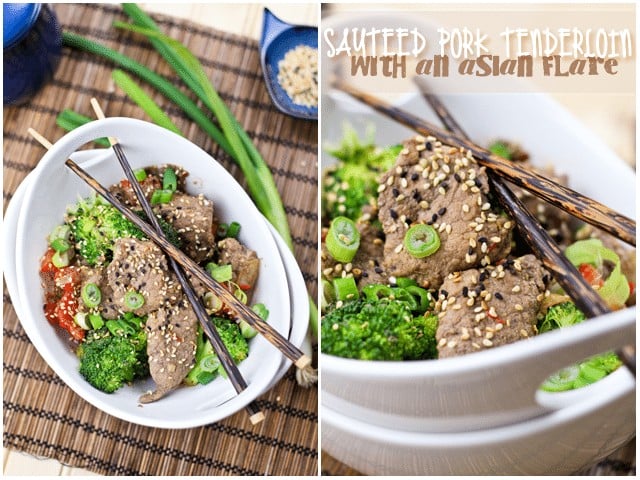 Not that I really minded, ‘cuz between this glorious dish right here and my Orange Rosemary Pan Seared Tenderloin, I really was in for a treat.

Still, next time I do cook pork, I’ll make sure to have people over for dinner… at least once!

My own personal inner health police will feel that much better.

But let me tell you, this pork dish made for fabulous lunches to take with me to work. It was a more than welcomed change from my sempiternal and somewhat boring veggie salad and chicken breast.

Plus, it’s so quick and easy to make, it also makes for a fantastic week night dinner! Just make sure you marinate your pork the previous night and you’ll have dinner on the table in a matter of minutes! 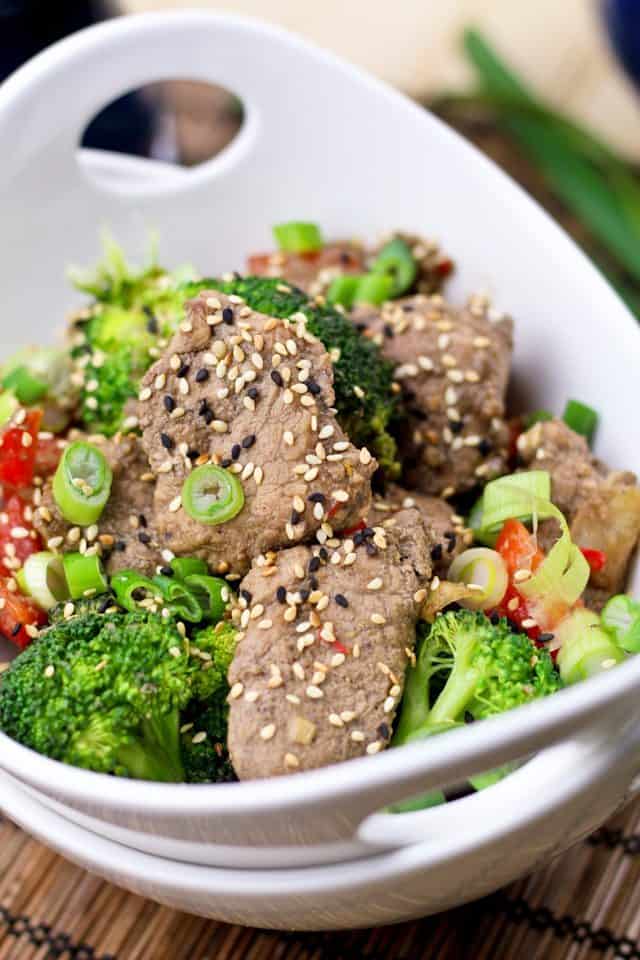 I chose to eat mine just like that, as this was plenty for lunch and was in total agreement with my current efforts to keep my carb intake on the low side, but it would also be glorious served with a side of brown rice, or even soba noodles.

One word or warning though. If you’re not familiar with bird’s eye chili peppers, know that they are prrrretty hot, despite their cuteness and tiny little size. If you’re not big on spicy food, you might want to use only one, or even omit them altogether.

And of course, if you don’t care for pork, you could very well use chicken or lean beef, or even tofu instead.

Same goes for the veggies. Feel free to sub and improvise…

Just let your imagination be your guide! 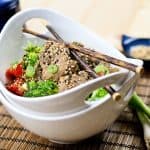 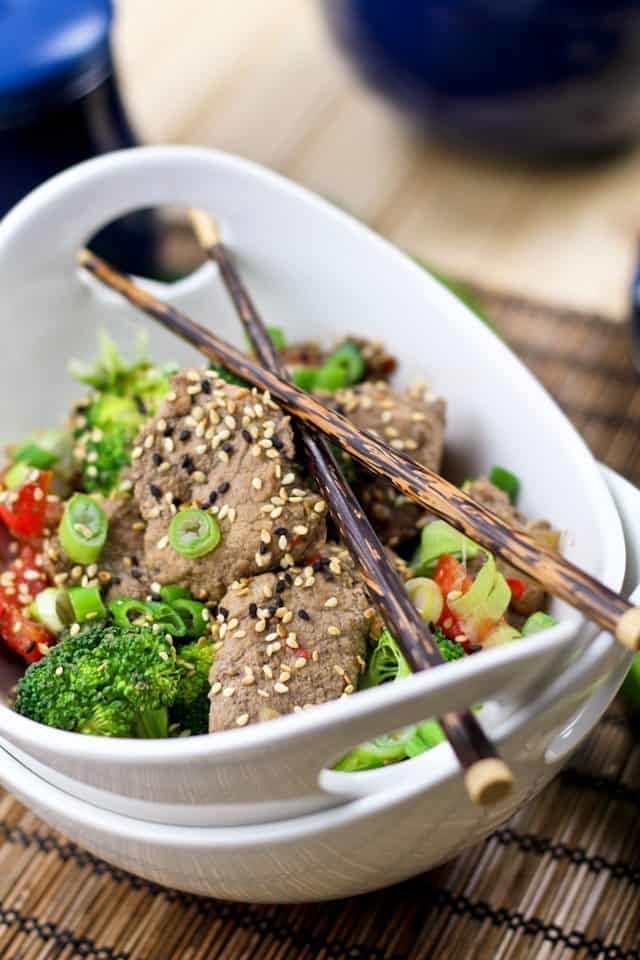 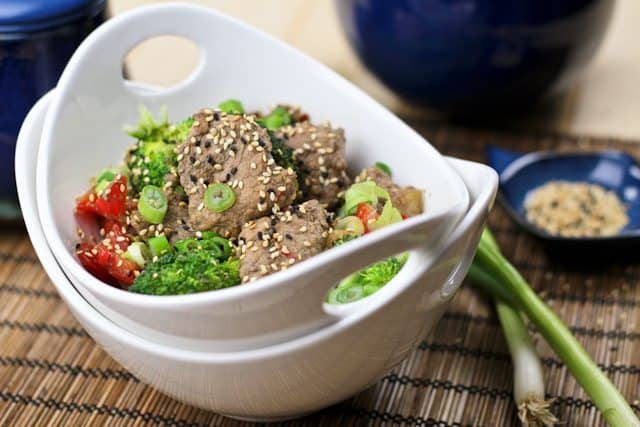 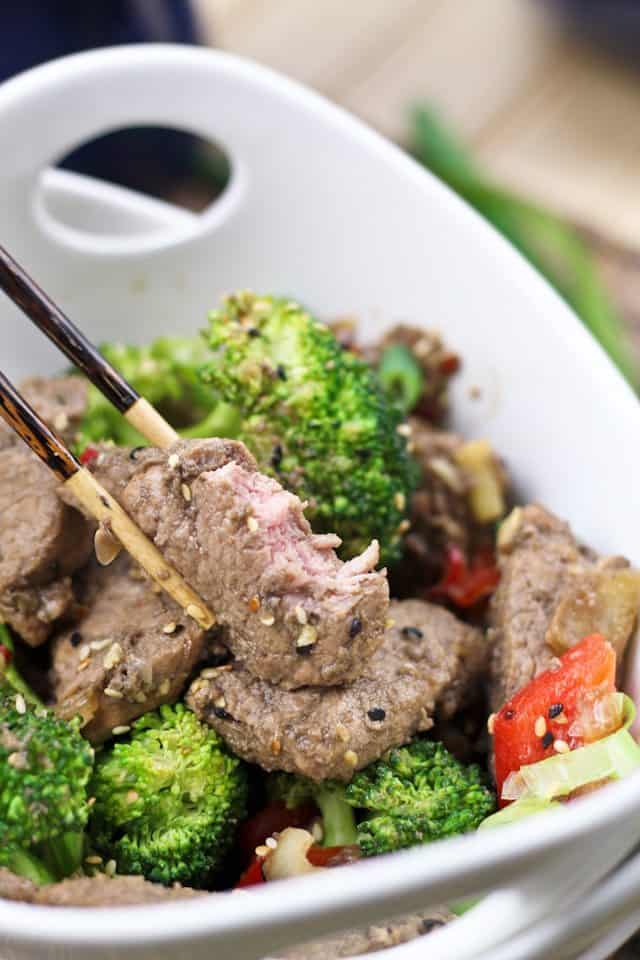 Look at how tender and juicy that meat is…

5 Comments on “Sauteed Pork Tenderloin with an Asian Flare”