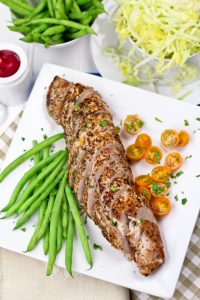 What a tough week it’s been for me!

I don’t remember work-outs ever being so hard.

Well… work-outs… that’s if we can call them that! I’ve been stuck doing nothing but riding my elliptical  half the week. Why is that, you ask?

On Monday night, my son’s car got stuck in the ditch and in an effort to quickly fly to his rescue, I managed to slip on the ice RIGHT as I stepped out my front door. I lost control of both my feet, which ended up being projected with force WAY higher than their habitual traveling height and that resulted in me landing straight on my coccyx. It must have resonated for a good five minutes as I just sat there, wondering how in the world I would ever manage to get up, or to ever walk again for that matter. 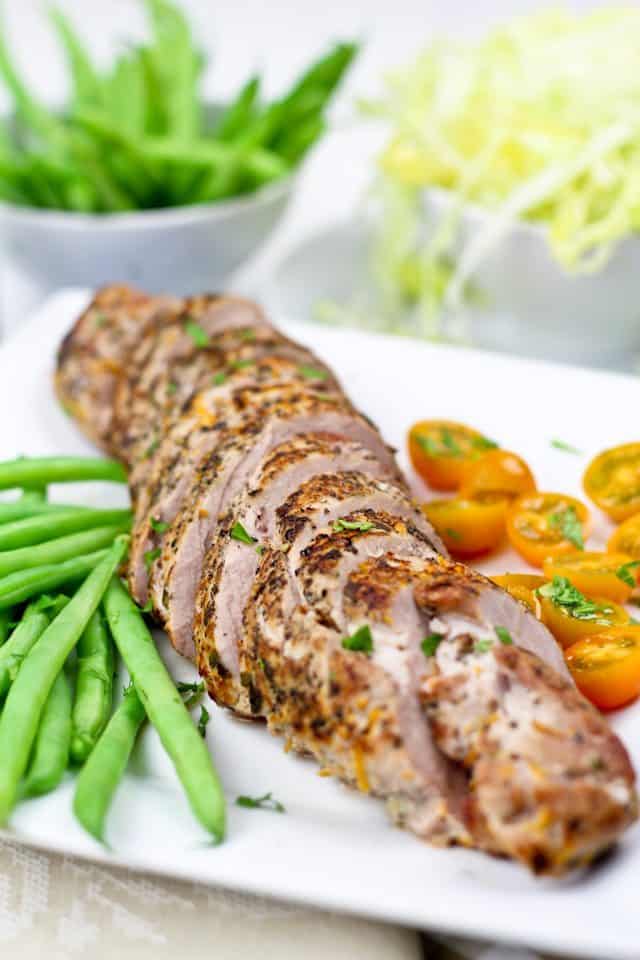 Needless to say I was a couple of days without exercising at all. Well, two days. That’s all I could manage. Then I had to “force” the issue.

And as if that weren’t enough, this silly girl decided to go and get her tongue pierced on Wednesday.

But wait, I’m not done yet.

This week also happened to be one of my lowest weeks ever as far as my carb intake goes. I can tell you one thing RIGHT now. I am NOT a good candidate for long term low carb / high protein diets. I tried to keep that number at around 100g of carbs per day for 2 weeks, which isn’t even all THAT low, and still, it made me extremely cranky, tired AND very miserable. I had no energy at all and felt like a chain smoker when I trained ‘cuz I was so out of breath. My cardio was absolutely awful.

And did I mention I had no tolerance at all? None whatsoever!

But then again, it also happened to be THE week, you know… yeah, that week. The one that starts with a P and ends with an S, and has nothing but an M to stand in between them.

So as I was saying, tough week it’s been! With a capital T. 😉

But hey, at least, I managed to drop one more kilo. Only 2 more to go. Now I officially pledge to never go that crazy during the Holidays ever again!

Alright, enough chit chat for now, let’s get on with the eats, shall we? 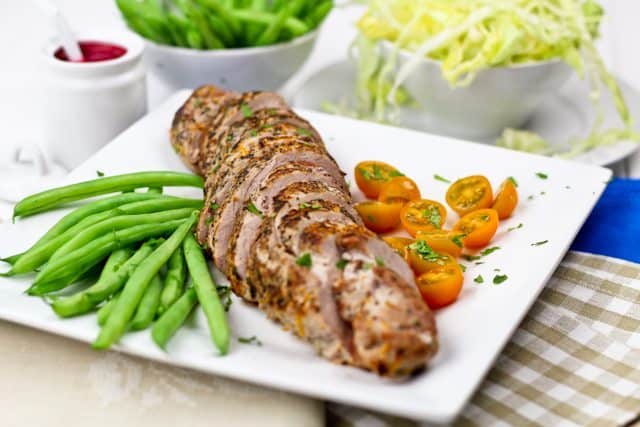 Tonight’s dish might be a little controversial. I know not everybody agrees that pork is healthy. I’m not even quite sure where I stand myself, to be honest…

But seeing as how pork used to be my ultimate favorite meat and how I have pretty much completely voided it from my diet, including BACON, (omg how I used to loooooooooooove that stuff!), I figure I can at least indulge in a little bit of loin or tenderloin every now and then.

-Yes, brain, even though it is pork meat and pork has a very bad reputation. I’m very well aware of that, thank you very much for your concern.

Still, I find that, just like chicken breasts, it’s a great source of lean protein, it’s a super tender, juicy and tasty cut of meat. Extremely versatile, super easy to cook, which it does in no time at all… really, what’s there not to like?

I think I’ll be having it a little more often, from now on. After all, it had been at least 2 years since I’d had any. 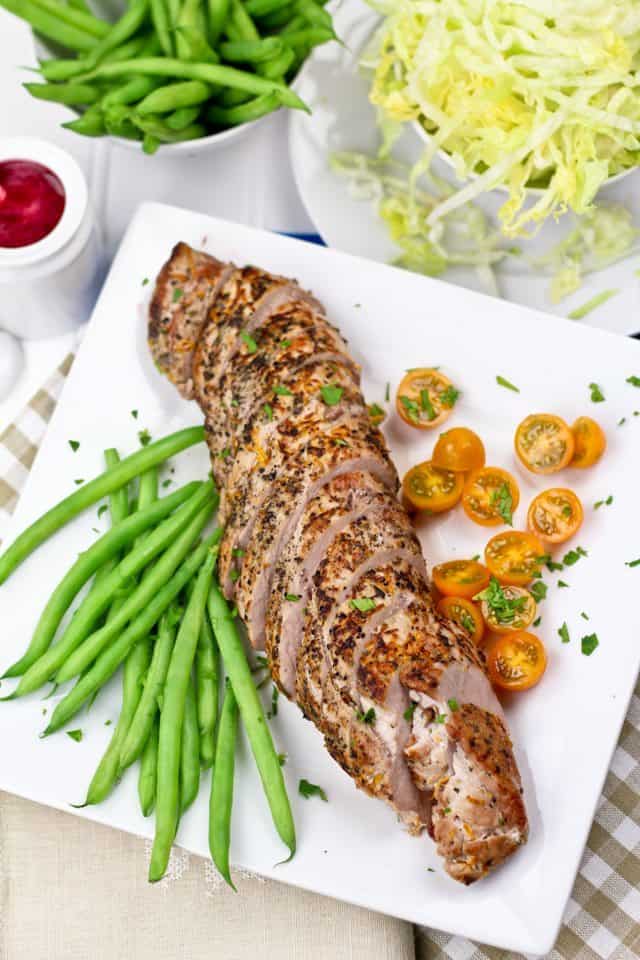 Of course, ham, sausage, greasy roasts and bacon are still crossed off my list, though.

Only the loin and tenderloin shall find their way to my table every now and then.

Unless someone eventually gives me a very good reason to stay away for good.

Until then, I’m giving me the yellow light. 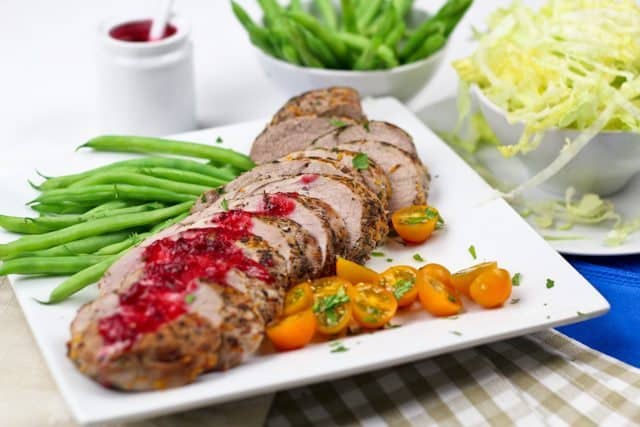 Or is that the green light?

Oh, I can’t wait to take my grill out of the shed, now.

My fingers itch to grill me some meat!

Hmmmm… Barbecued pork tenderloin is simply to die for.

But until then, this beautiful pan seared version will very well do the trick! 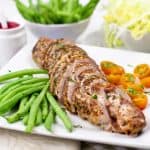 For the cranberry sauce 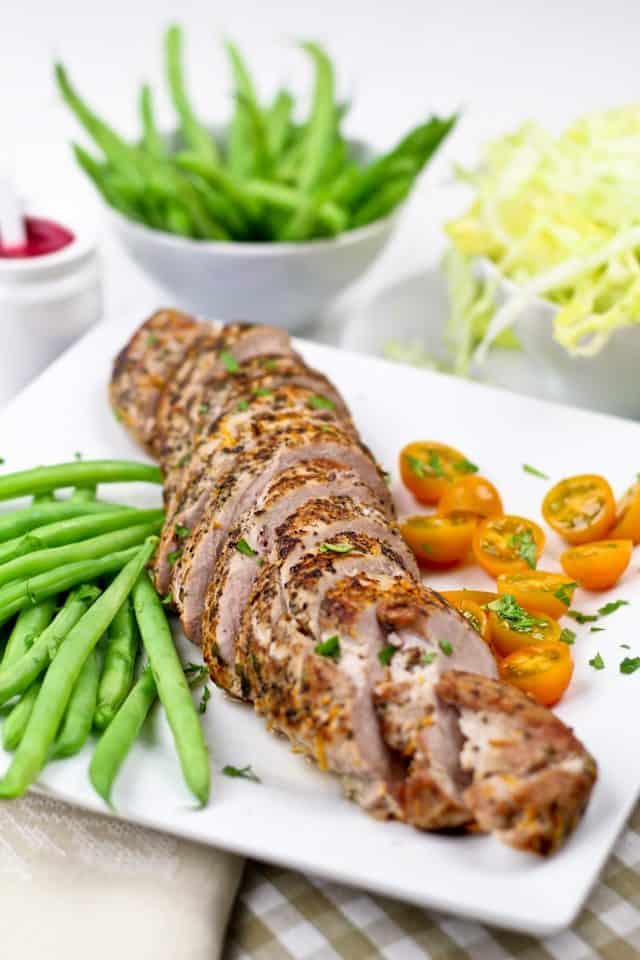 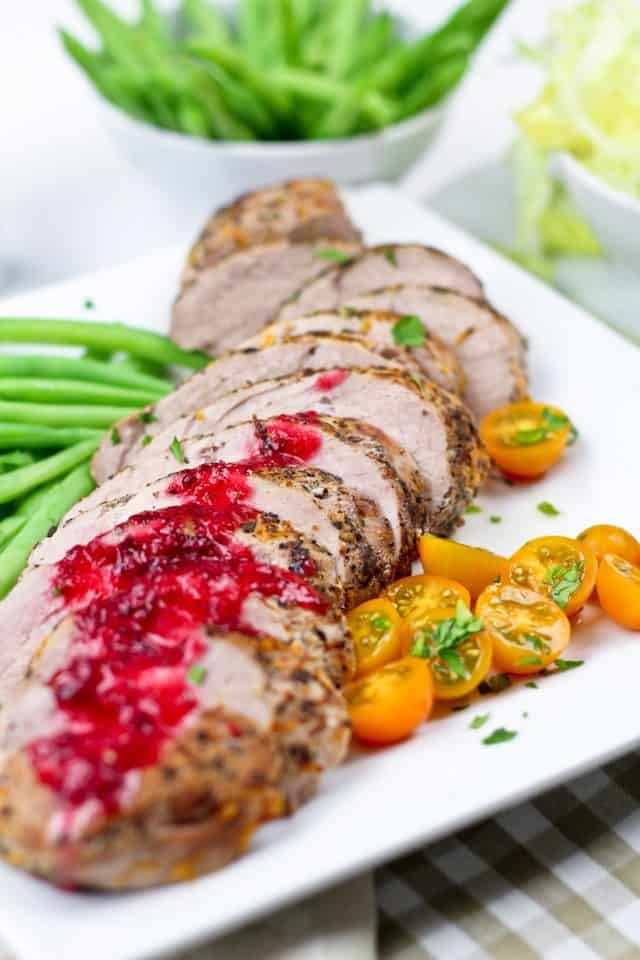