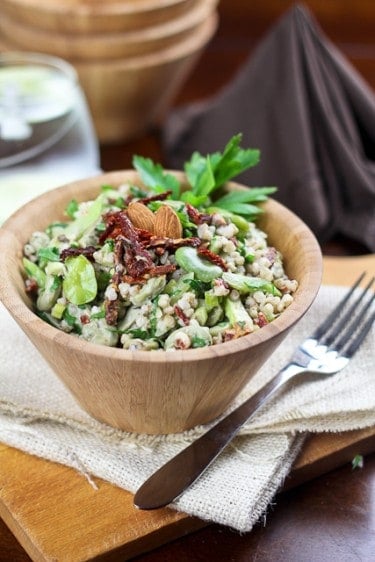 I think I’m getting seriously hooked on these!

I guess they would be in season now, for they’ve been going for a mere handful of pennies a pound at my local Ethnic Food Market.

I’m not one to complain!

I sort of get the feeling that they are very short seasoned, though, and that next time I go, which should be a little later this week, they will already have vanished from the shelves.

Oh well. If that’s the case, I will have to plan a myriad of recipes using Fava Beans before they’re in season next year.

Cuz I really love the things. I just can’t get over their super creamy / buttery interior, all wrapped up in a super chewy / leathery skin. I don’t remember ever experiencing THAT MUCH of a natural contrasting texture in any other food.

Not to mention that they have a VERY mild, yet extremely interesting flavor. 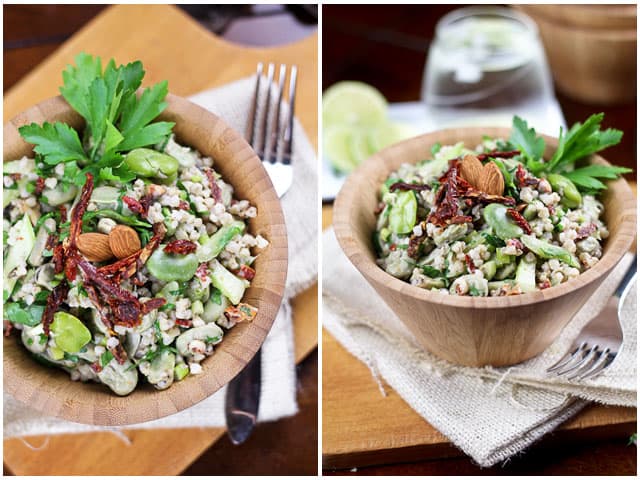 And you know what? They happen to go extremely well with cooked buckwheat groats, another one of my favorites!

This salad right here was simply spectacular. I could have went at it for hours… Eating it pretty much qualified as an experience!

As a whole, it was super mild in flavor and creamy in texture, almost porridge like. I mean, all the ingredients that go into it are really delicate in flavor: fava beans, buckwheat groats, toasted almonds, celery, tahini…

Hmmmmm… tahini! That alone will make ANYTHING mild and creamy. Oh, I just looooove tahini! It just makes everything THAT much better! 😉 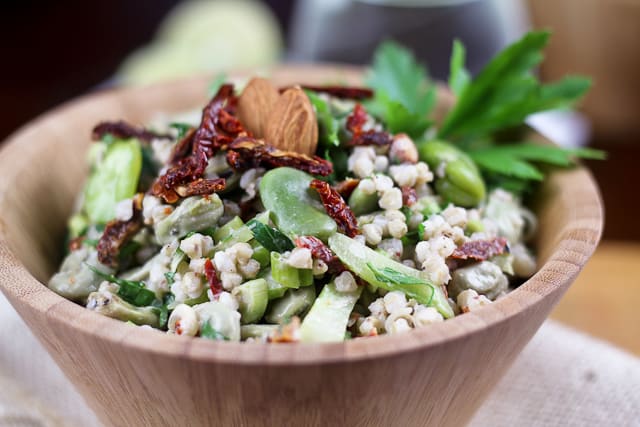 But what turns this salad into such an experience is that, despite getting an overall feeling of creaminess, you also constantly get hit will all sorts of crunchiness and chewiness, mainly from the celery and almonds, fava beans and sun dried tomatoes.

It was like this constant contrast in my mouth and I just wanted it to keep on coming.

In fact, this is one salad that’s so mild and creamy (yet crunchy and chewy, if that makes any sense) that I could very well have it for breakfast.

And for an almost exclusively “sweet breakfast” eater like me, that really says a lot.

Oh, and it was just as good served warm, the day I made it, as it was served cold, the day after.

I only have one regret now… I really wish I had made more! 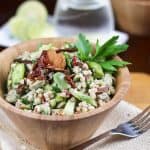 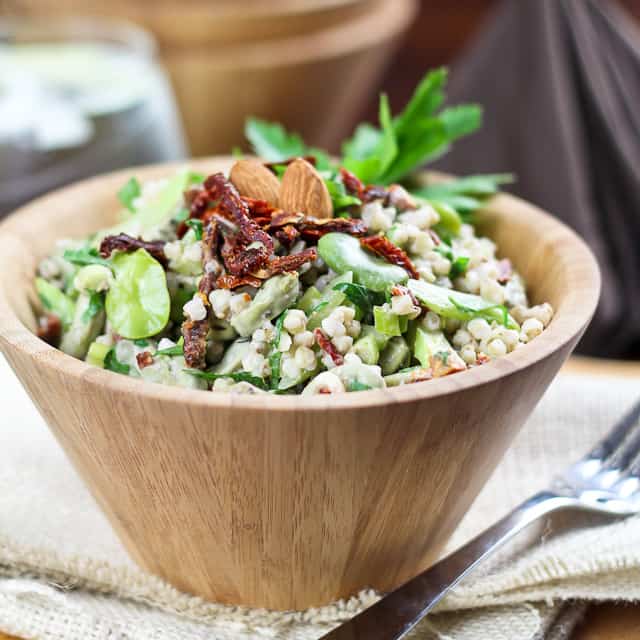 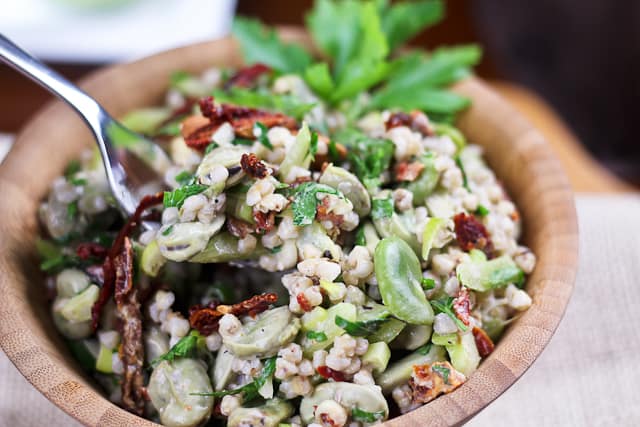 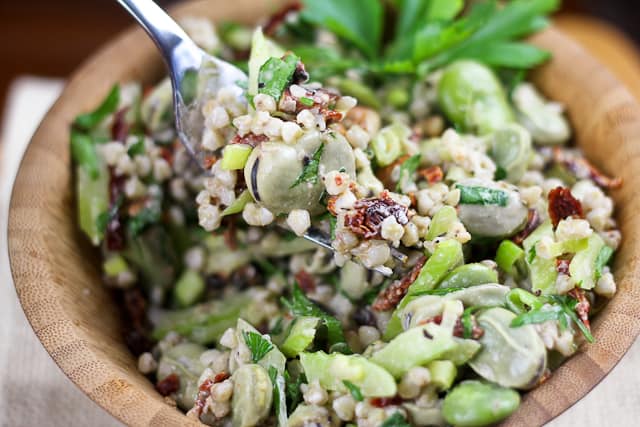 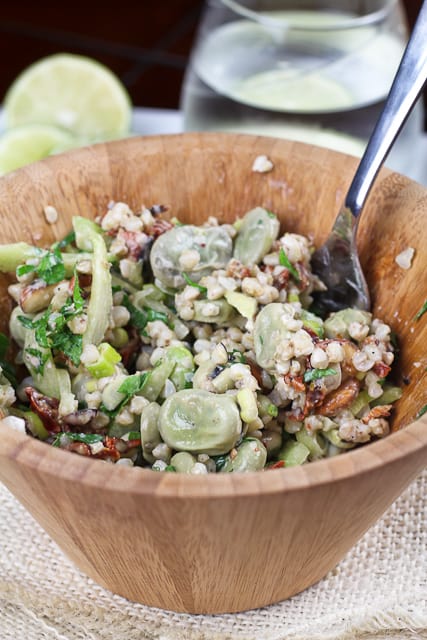