Whenever I come across fresh Fava Beans, or “gourganes” as we call them here in Québec, I can’t help but get super excited, for this can only mean one thing: I will get to eat one of my favorite soups in the entire world…

La soupe aux gourganes, or Fava Bean Soup is seriously warm and comforting, but it’s also got something extremely refreshing about it.

It’s made with nothing but super fresh ingredients, doesn’t need to simmer for too long and is literally exploding with flavour. So really, it’s almost like a summer soup that’s also perfectly fit for winter. 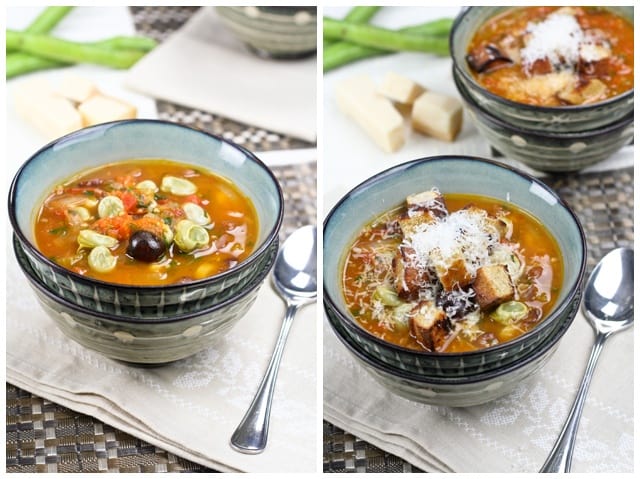 If you’ve never had fresh Fava Beans, you definitely have to give them a try. They’re a bit like giant green peas, if you will. They have a very sweet taste to them, as well as a creamy, almost buttery texture.

The beans themselves have a leathery skin on them, which you can remove if you want, but I like to leave it on as I find it adds a little bit of a chewiness, which, when combined with the creaminess of the interior, makes for a very pleasurable experience that works especially in this soup.

When buying fava beans pods, make sure you buy way more than the final quantity that you need, and I do mean way more. At least two and a half times more! As in, if you need one pound of beans, you will need to buy two and a half pounds of pods. 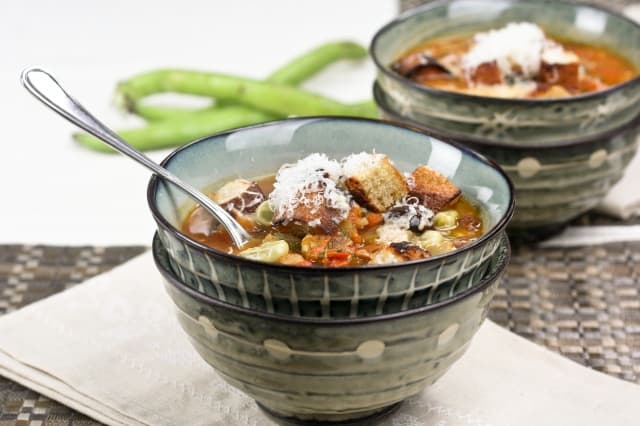 Now this is one legume that I’d like to eat way more often… and maybe experiment with a little, instead of making that soup every single time. But the thing is it’s so good, I just can’t help it.

If only the beans weren’t so darn expensive around here, I could buy them way more often. I’ll have to keep an eye out for them when they’re in season.

Or, maybe I could grow some next summer? 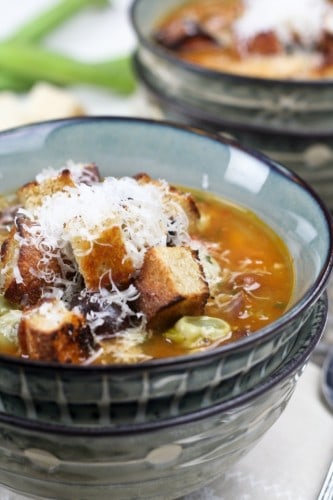 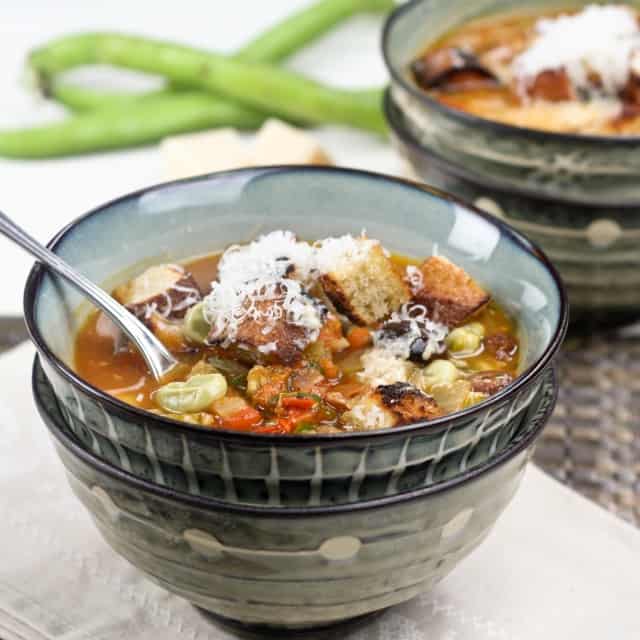 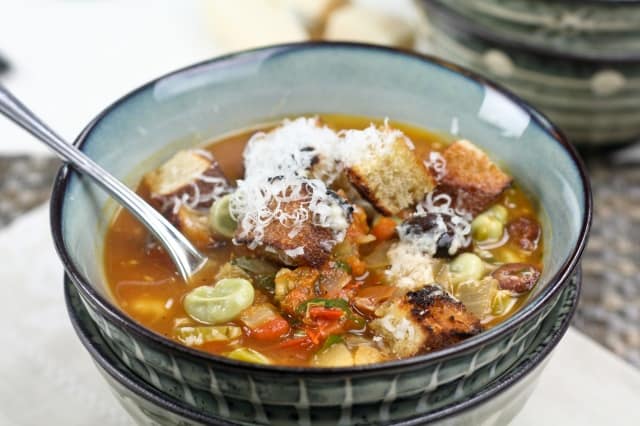 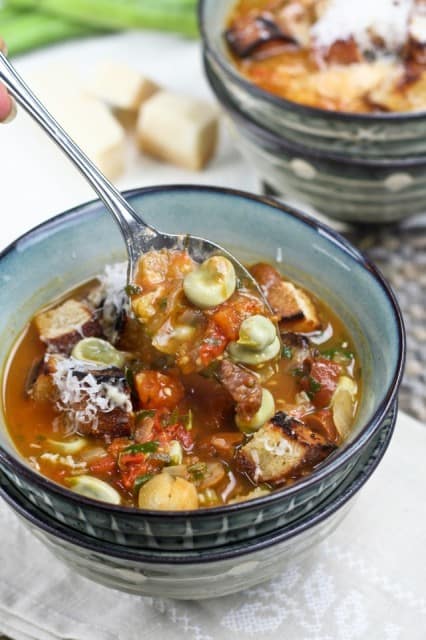