I can’t believe it took me that long to come up with this bran version of an instant bake.

I mean, if there is one thing that I can absolutely not resist in life, it’s a bran muffin. Ever since I was a little girl, I always considered them to be the ultimate muffin! In fact, chances are if I had been given the choice between a vanilla cupcake and a bran muffin, I’d have chosen the latter… There’s just something about their sweet, molassey taste and the dense, yet soft, moist and chewy texture of their interior, combined with the distinctive crunchiness of their exterior that I can’t get enough of.

So I think it was inevitable that I’d eventually come up with the idea of replacing buckwheat with bran in my Buckwheat Bakes, thus turning them into “Bran Bakes”. 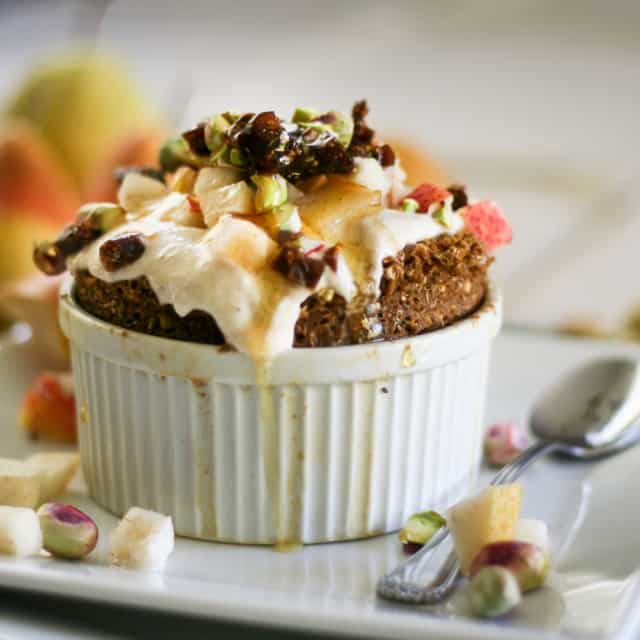 What a brilliant idea this was. I am telling you, this was one DECADENT breakfast. Alright, I know, I tend to say that a lot. But seeing how I’d been craving a bran muffin for a couple of weeks, if not months now, eating this warm and unbelievably moist bran concoction was just like heaven to me. Plus, the addition of dried figs and fresh pears really added a lot of good goodie goodness to this bake.

Also, I had been lucky enough to get my hands on fresh pistachios, so I decided to use them as a garnish. I had never seen them before in my life, but I didn’t hesitate for one second when I saw them.

I HAD to give them a try!

Well, maybe that was a mistake… maybe I shouldn’t have tried them after all. I like them wayyyyy too much. I think they’re even better than the dried version. Their taste is so delicate and subtle, and they have a cracking yet almost creamy texture. They are sort of sweet, but really, they’re not. Hard to describe, but surprinsingly interesting, that’s what they are! 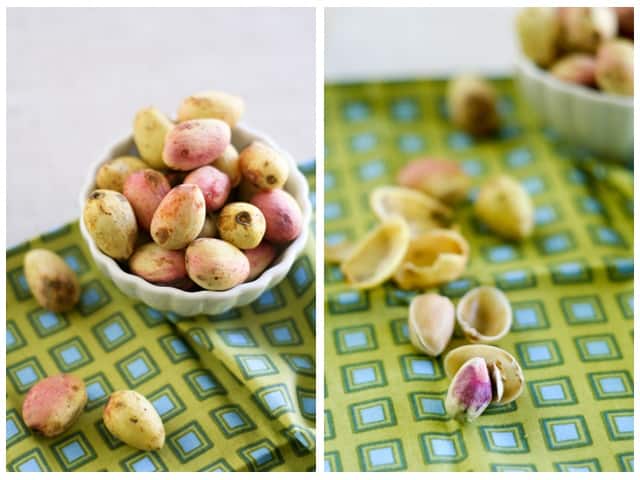 Seriously, if you ever get the chance to try them, go for it! You won’t regret it. Unless, of course, you get addicted like I did and then find out that they are only available for a very short time in the year. Oh well… I need to make a mental note to look for them again at this time of year next year.

I love going to ethnic grocery stores, really. I always make all kinds of interesting discoveries. I should make it a habit to go at least once a month. At least! If only they weren’t so crowded, and hectic… and if parking were more readily available, maybe I’d be more inclined to pay a monthly visit. But really, they are sooo worth the extra trouble, I shouldn’t let that stop me… 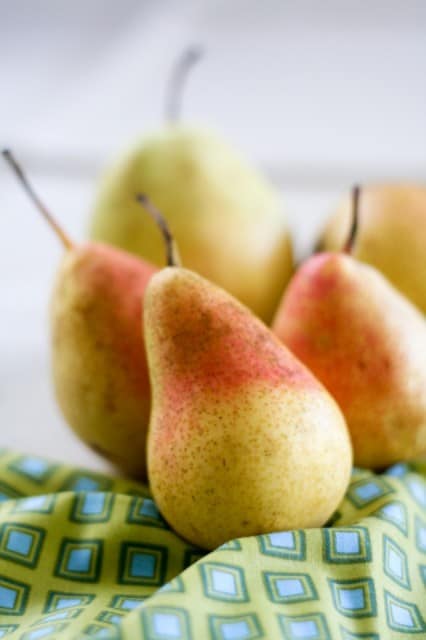 Oh, and about that breakfast bake… I almost forgot! It was such a success that I’ve decided to also make it into an actual bran muffin. That too, worked out pretty good…

So if you too are a bran muffin lover, be sure to watch this space for more on that story! 😉

In the meantime, feel free to try this instant version! 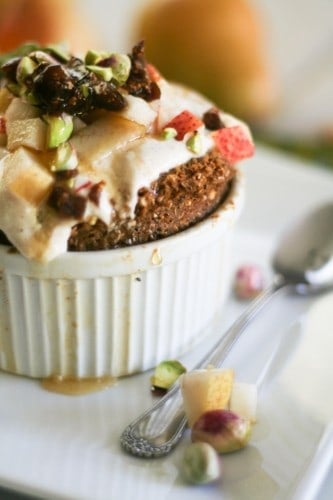 INGREDIENTS
(serves 1, but you better be hungry!) 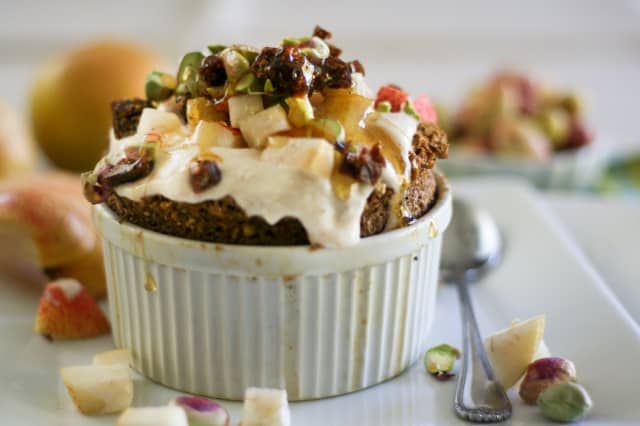 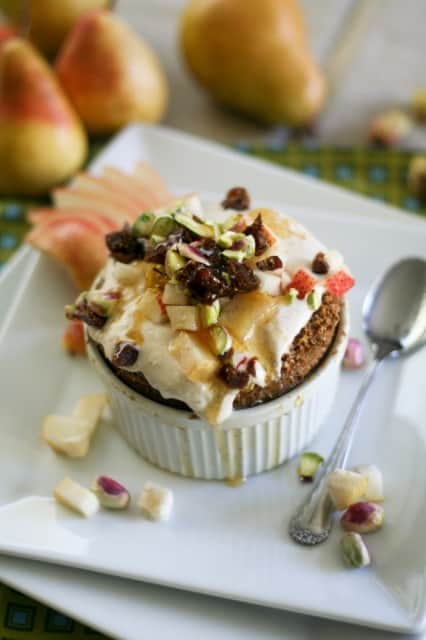 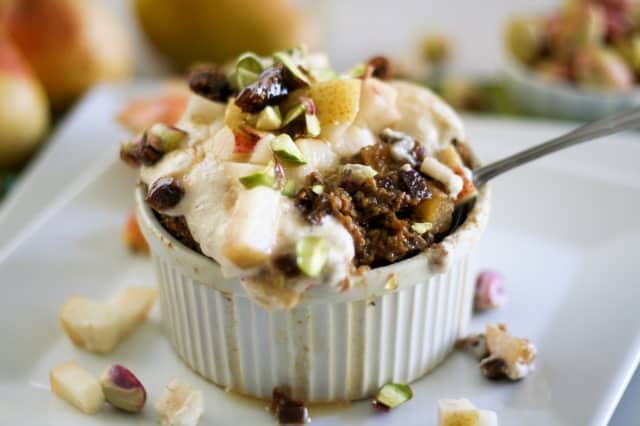 posted by Sonia! The Healthy Foodie on September 23, 2011