I told you about how I was going to Cuba, right?

I just haven’t told you when, because the day I booked my trip and was going to tell you all about it, I got distracted and started ranting about other things…

Well, let’s put it this way.

A week from tomorrow at this time, I will have joined my daughter at my mom’s place where I will spend [half] the night and our luggage will be impatiently waiting by the door. Chances are, we will already be in bed, TRYING to catch some z’s, for we will have to get up at 3 in the morning in order to get to the airport on time.

I am so excited and I soooo can’t wait! My mind is constantly thousands of miles away and it feels like my feet are already buried in the beautiful sandy beach of Playa Blanca. 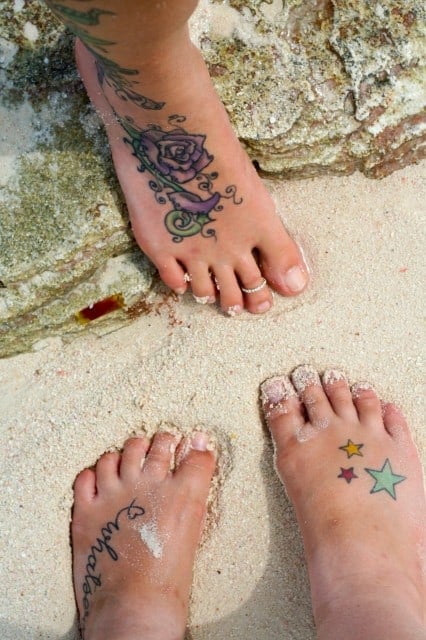 Guess it would come to you as no surprise if I said I’ve been having other things on my mind than food lately.

And quick meals sometimes call for quick photo shoots on the corner of the dining room table without any form of preparation whatsoever, not even a little bit of lipstick or eyeliner.

Such was the case with this sandwich… 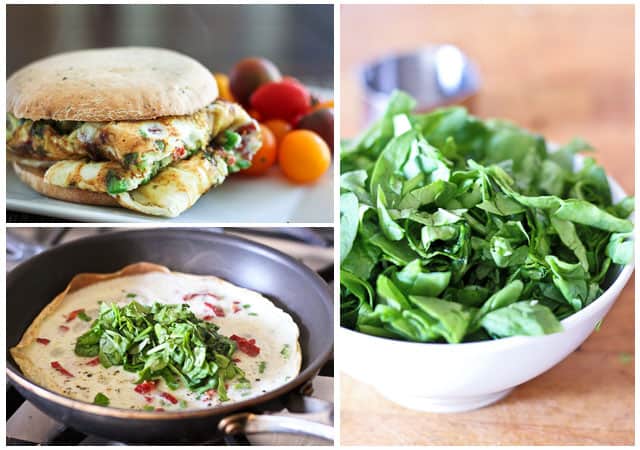 Quick doesn’t have to mean boring and tasteless, though.

Surely you all know just how much I enjoy my egg white omelets. This holds truer than ever now that I am trying to up the amount of protein that I eat in a day.

I’ve been having at least 3 or 4 per week lately, if not more. 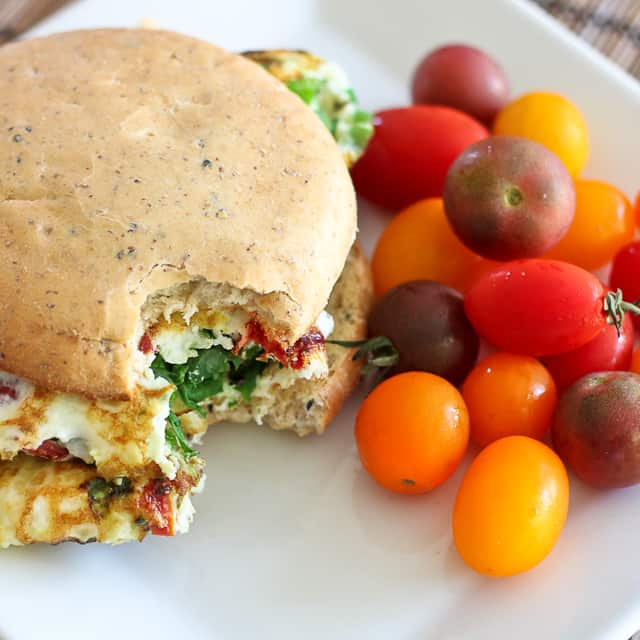 The great thing about egg white omelets is that they are very low in calories, yet they provide tons of good nutrients, especially if you’re gonna stuff them with a mountain of veggies like I tend to do.

And since they are so low in calories, you can very well shove them into a nice little bun and instantly turn them into an scrumptious egg sandwich that would make the envy of any “fast food restaurant”… 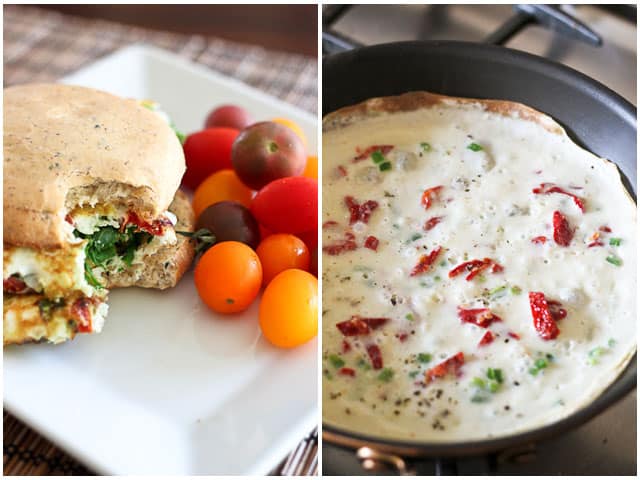 I made this one using spinach, sun dried tomatoes and jalapeno pepper, but feel free to let your imagination run wild and use any vegetables that you like.

I’ve also added goat cheese to this mix once or twice and it was quite lovely!

Some of the other veggies I tried include bell peppers, green onions, celery, mushrooms of course, asparagus, fresh tomatoes, courgettes, grilled aubergine and fresh arugula, to name a few…

But for a quick sandwich fix, it doesn’t get much better than this for me, let me tell you! I really wouldn’t mind having one every single day…

It’s what I call a glorious breakfast! 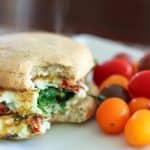 *Nutritional information does not include bun
Author: Sonia! The Healthy Foodie

Hot ‘nough for ya? 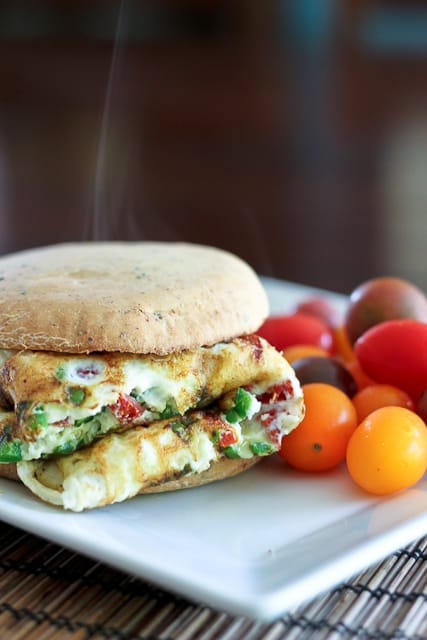 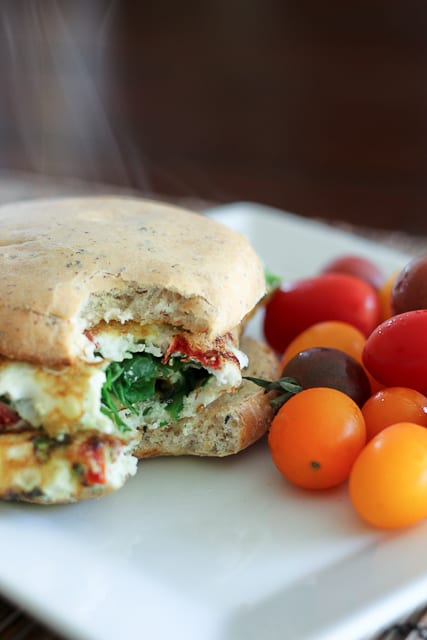 posted by Sonia! The Healthy Foodie on September 12, 2012