Before I left for Cuba, bell peppers were in the prime or their season.

Corn, on the other hand, was sort of already heading towards the end of his…

Boy, does that ever feel like it was over a thousand years ago.

Perhaps even a million.

In fact, I don’t think I have quite completely returned just yet. I think that I have left a huge chunk of myself back there…

I even suspect that I may have forgotten my heart somewhere under a palm tree! 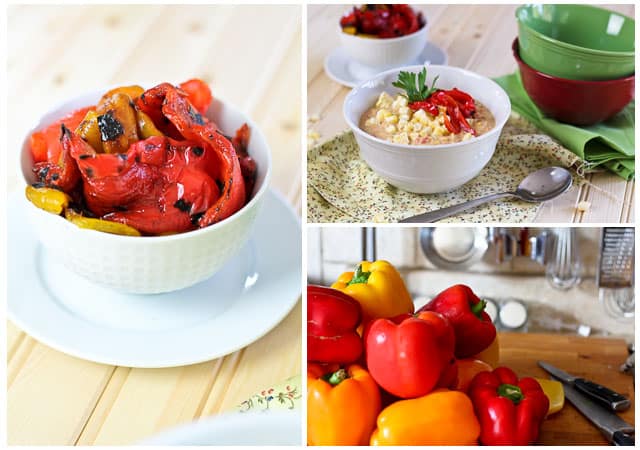 Seriously, it’s been really hard for me to get back in the swing of things. I feel like I’m suffering from some sort of a “post-vacation depression”. I look at these food pictures and they seem oddly strange to me.

Like they have been taken by someone else. Like I wasn’t the one who has made this soup.

Would you believe me if I told you I haven’t even been hungry since I got back? Hungry or inspired to cook?

I look at all the trees that surround me with their brilliant and colorful foliage and all I can think of is snow will be here soon while all I want at this point is neverending ocean blue.

Ô how I hate it. Despise it. Loathe it.

But hey, I have to deal with it, for this IS where I live after all. 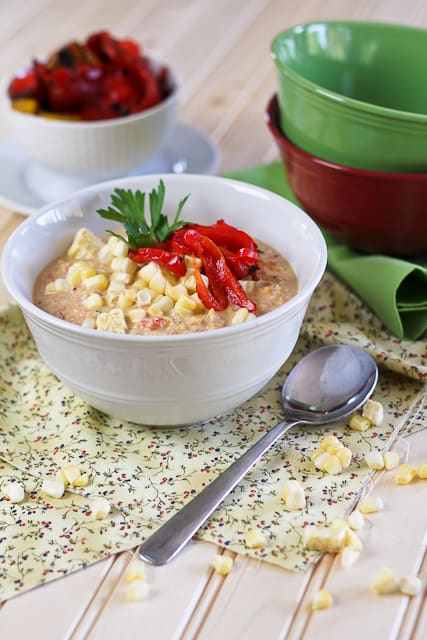 Don’t worry guys, it shouldn’t take too long before I return to my good old self.

For you know what I bought today that instantly made me feel so much better?

Squash is in full season and it can be seen absolutely everywhere you look.

God I love it!

Mind you, they DO happen to have squash in Cuba, too! 😉 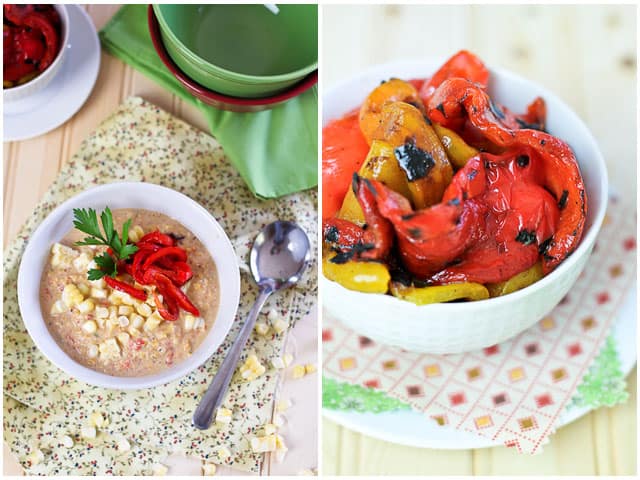 Just looking at these pictures, I feel my appetite coming back.

Oh yeah! I remember this soup.

Boy was it good. It was a bit like creamed corn kicked up a notch. Tangy, chunky yet smooth and creamy, with just what it takes of a crunch thanks to the addition of walnuts and a tiny bit of heat brought to you by Señor Jalapeño.

Oh! yeah, I’m working on learning Spanish… I’ve been meaning to do this for years now and vowed to get it done this time. Next time I go to Cuba, I will be able to converse with the locals!

Now I have about 6 months to do that. Think I can pull it off? 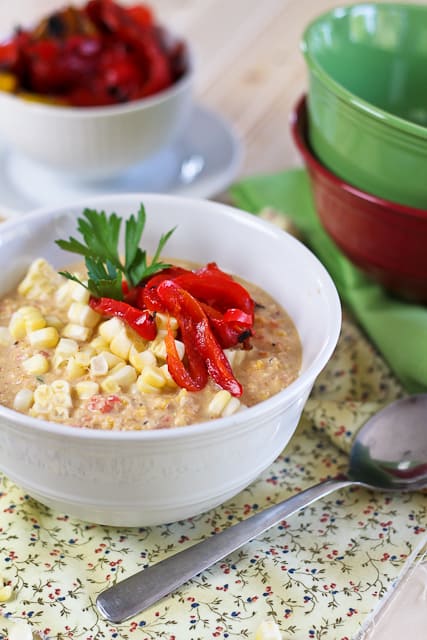 As for this soup, if you want to give it a try, I say you shouldn’t wait 6 months to do it. You might get lucky and find a few ears of fresh corn at your local market…

And if you can’t get your hands on ’em, well, guess you’re gonna have to wait until corn season is here again. 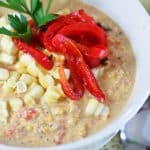 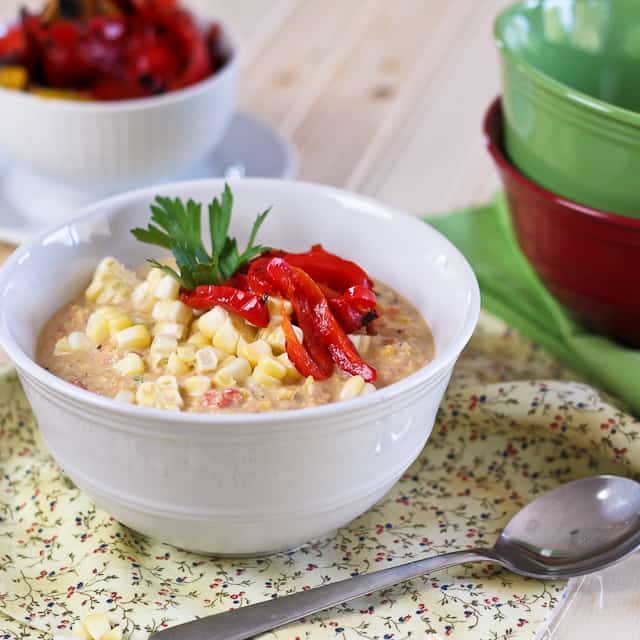 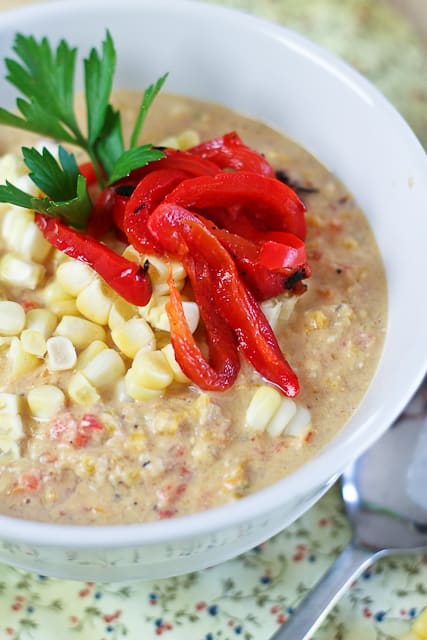 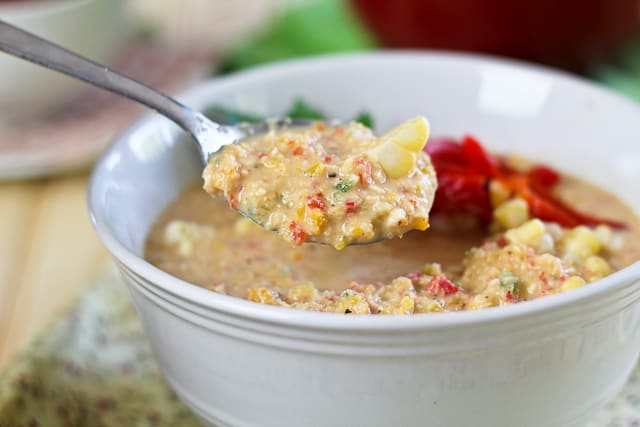 Thick enough for ya? 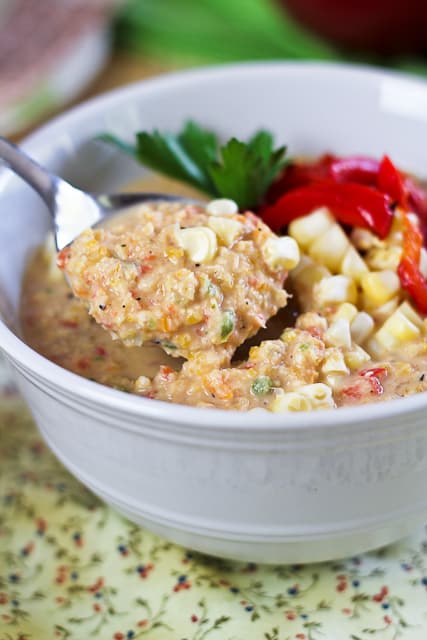 posted by Sonia! The Healthy Foodie on October 2, 2012