Are you as excited as I am?

It’s been so long since I last posted a dessert recipe, I’d almost forgotten how very enthusiastic they make me feel!

Or maybe it feels so special this time essentially BECAUSE it’s been so long?

Or maybe I’m so excited because this recipe is so particularly awesome?

I know I’ve been teasing you with these for a while now… and you all know that I know that you know that I’ve got another amazing dessert recipe coming, too…

But we do have to start with one, don’t we? 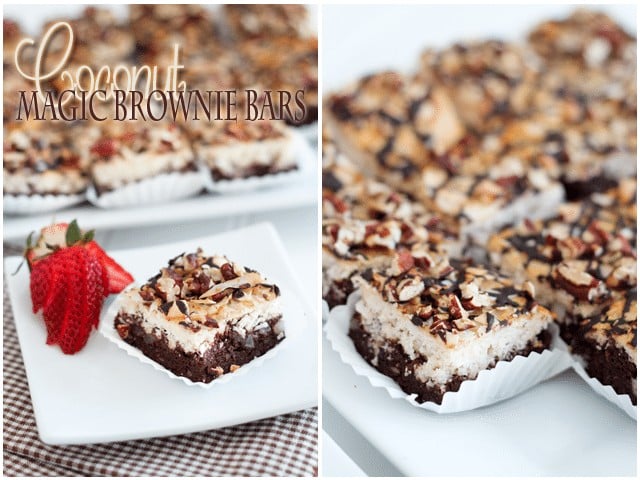 So I’ve decided to start with the brownies.

Save the best for last? Or start with my favorite?

Honestly, between the two, I couldn’t decide.

One thing I can tell you though is the minute I set eyes on the picture that inspired these brownies, I KNEW that I would have to try them, and the sooner the better.

That held so very true that despite the fact that I had originally planned on making crazy decadent brownies, (complete with Nutella, Condensed Milk and Chocolate Chips) to break my “Lenten Fast”, I opted on making these guys instead. 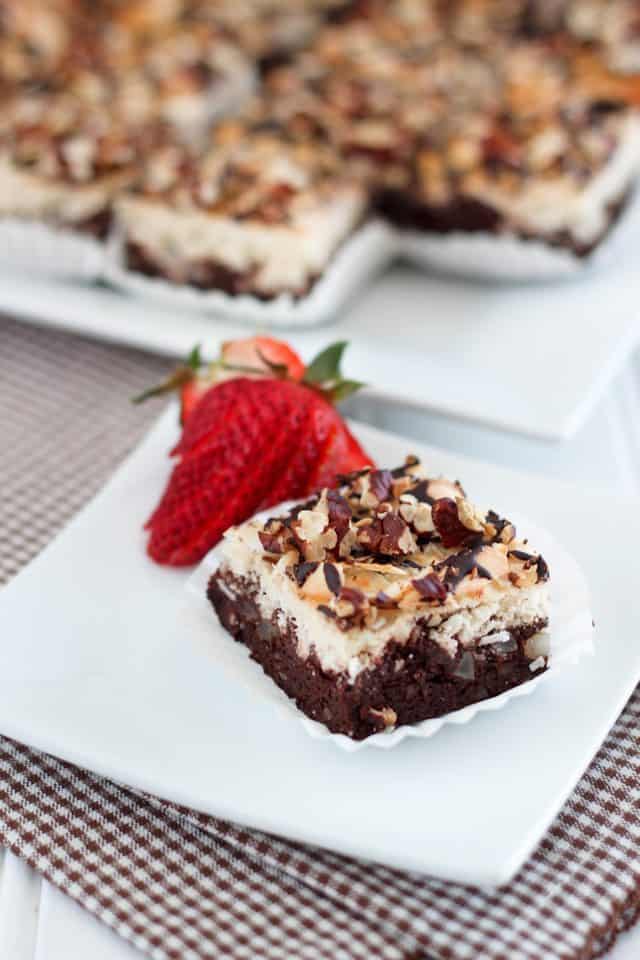 And I did not regret my decision one tiny little bit.

First off, it was MUCH better for my health, of course!

And seriously, these brownies, I swear, they ARE as good as they look.

Although they turned out to be a little bit more cake-y than I normally care for (I like my brownies REAL dense and fudge-y), these little squares of heaven really delivered in the taste department!

They have such an amazing and intense chocolate flavor that is ever so brilliantly and generously completed with that of the coconut.

Can you say Almond Joy? Oh yeah! Trust me, you do get LOADS of coconut with every bite.

And that coconut not only adds flavor, but also plays a major role as far as texture goes…

Look at how thick that top layer is! 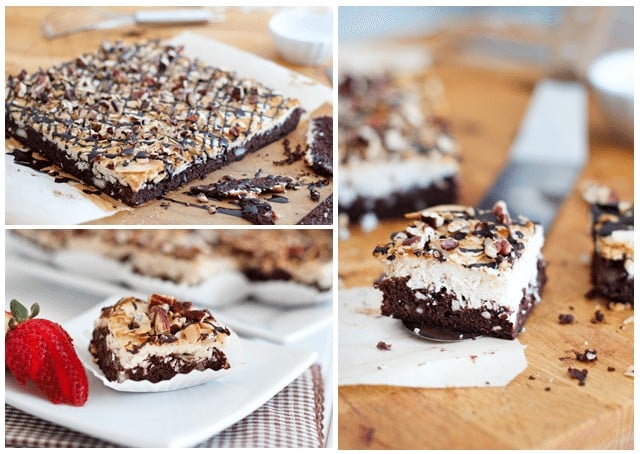 Although it might look awfully thin and insufficient when you first spread it, that coconut layer seems to just poof up in the oven and just like that, turns into that tick, super satisfactory layer of awesome chewy tasty goodness.

For a little bit of extra crunch, I chose to add macadamia nuts to my chocolate batter. I also opted to top the bars with a little bit of toasted pecans and a drizzle of chocolate, mostly for looks!

Everything looks that much better with a drizzle of chocolate, doesn’t it? 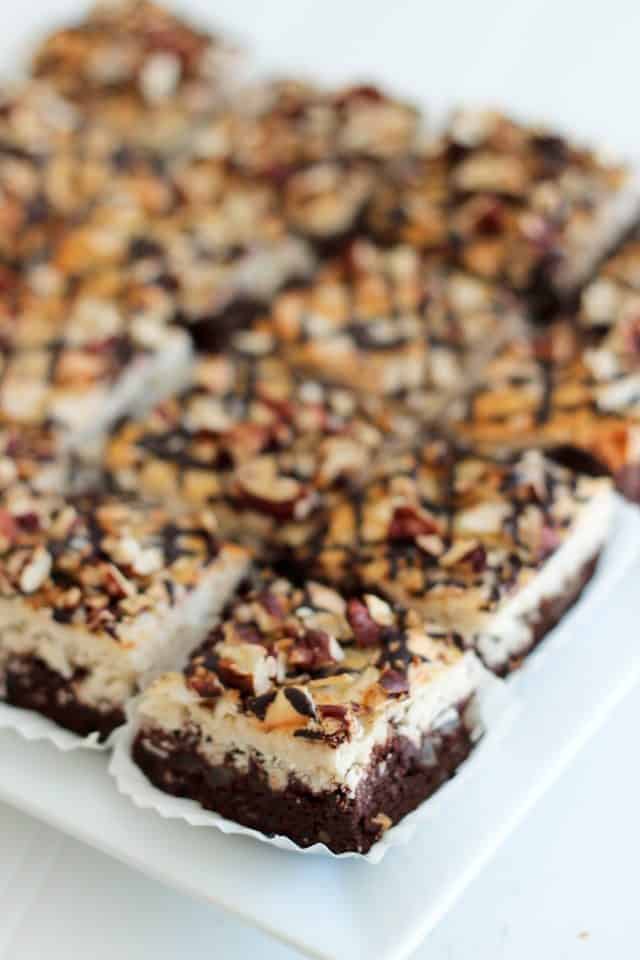 All in all, I say this is one brilliant brownie recipe, a definite keeper!

And don’t be put off by how extensive and time consuming this recipe appears to be , they are actually quite easy to make.

I think the hardest part, really, is to wait patiently until the brownies have chilled long enough to be cut into squares.

And you know what?

So there you go, I just cut off the hardest step for ya! 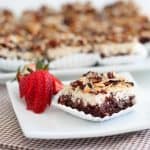 For the bottom Layer

For the top layer 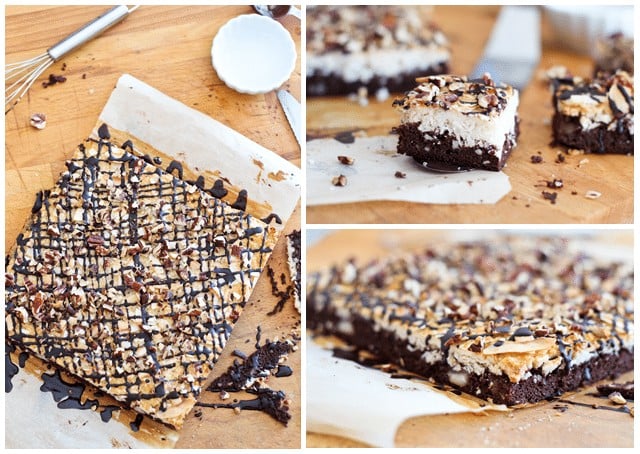 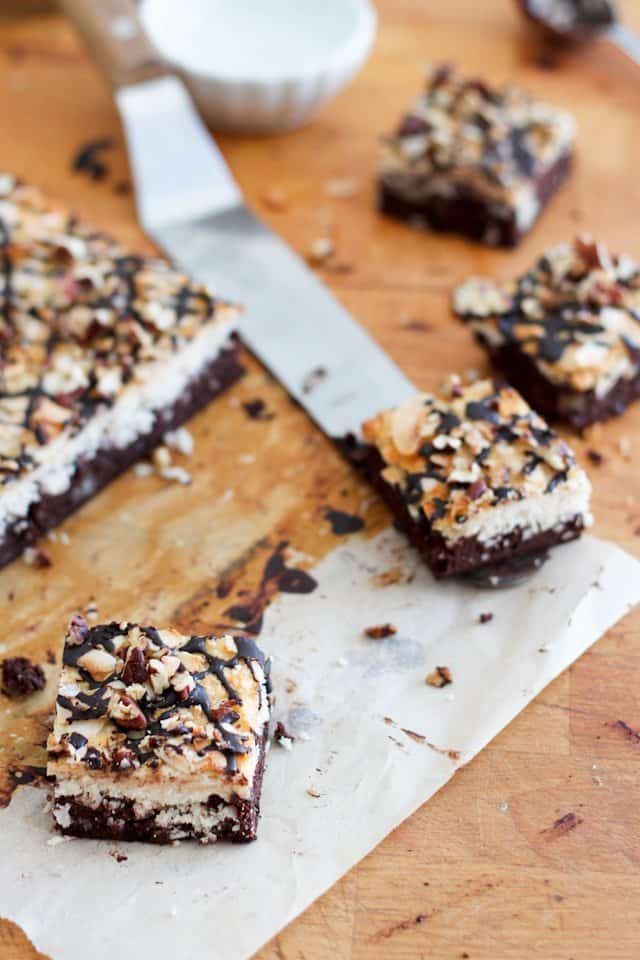 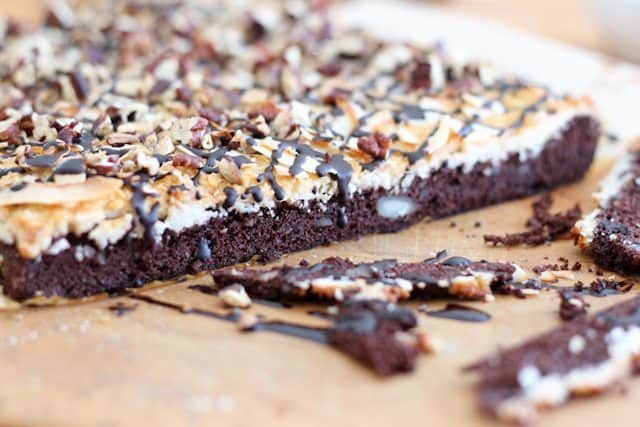 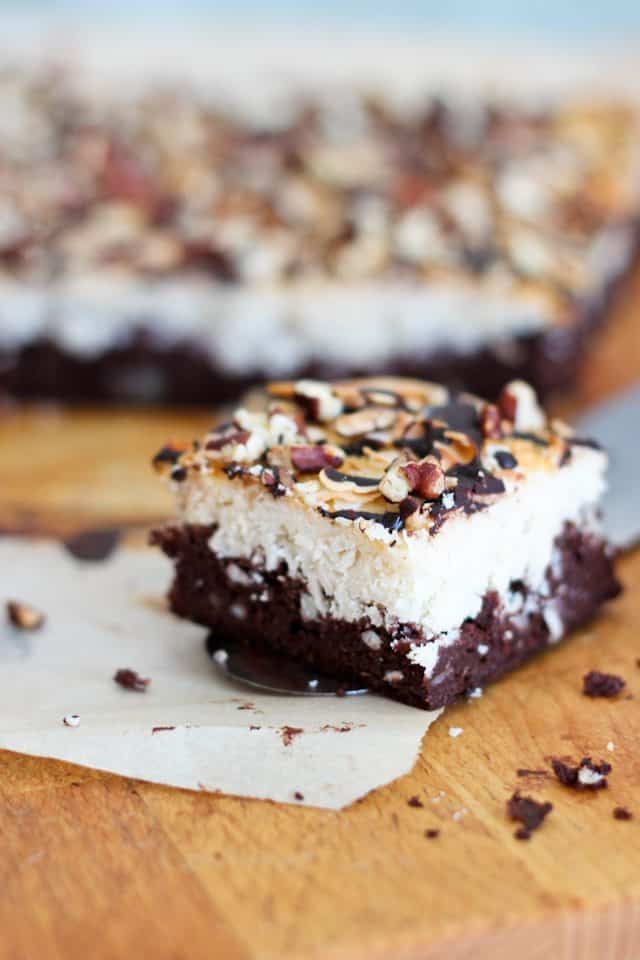 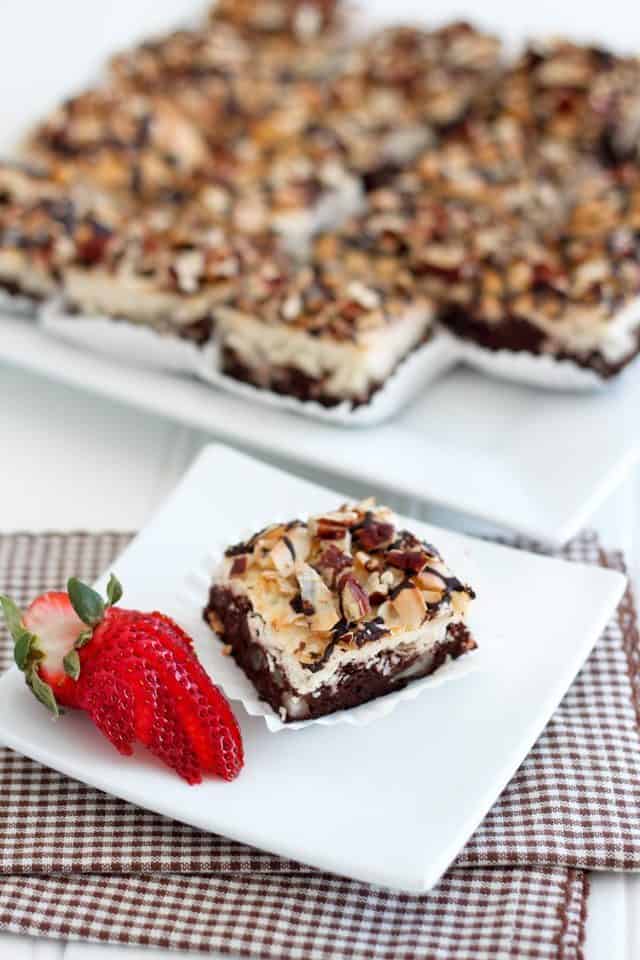