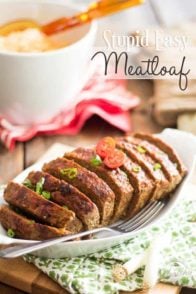 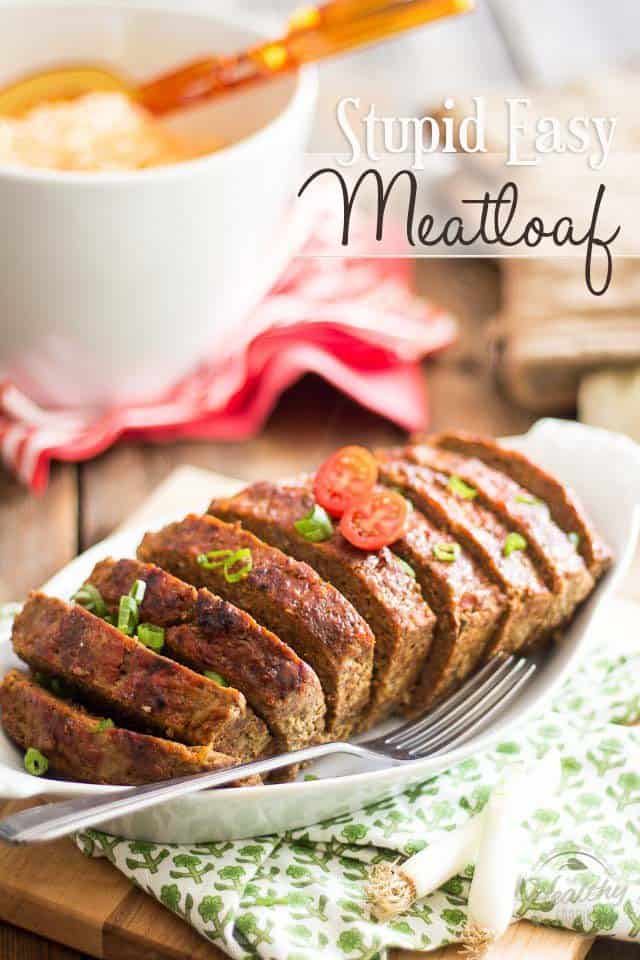 I was expecting company the other day and sadly, I had absolutely nothing in the fridge.

To make matters worse, there wasn’t much time to cook either. Normally, I would’ve panicked a little bit, because you know, when I have people eating at my table, I always like to feed them decent food. I’m pretty sure that the old me would’ve resorted to serving some kind of pasta dish that night, but that’s not really an option anymore. So I was at a bit of a loss as to what I was going to feed my guests…

Lucky for me, I’d watched a movie the previous night where they were having what looked like a super simple, classic Meatloaf, complete with mashed potatoes, corn on the cob and some kind of slaw. 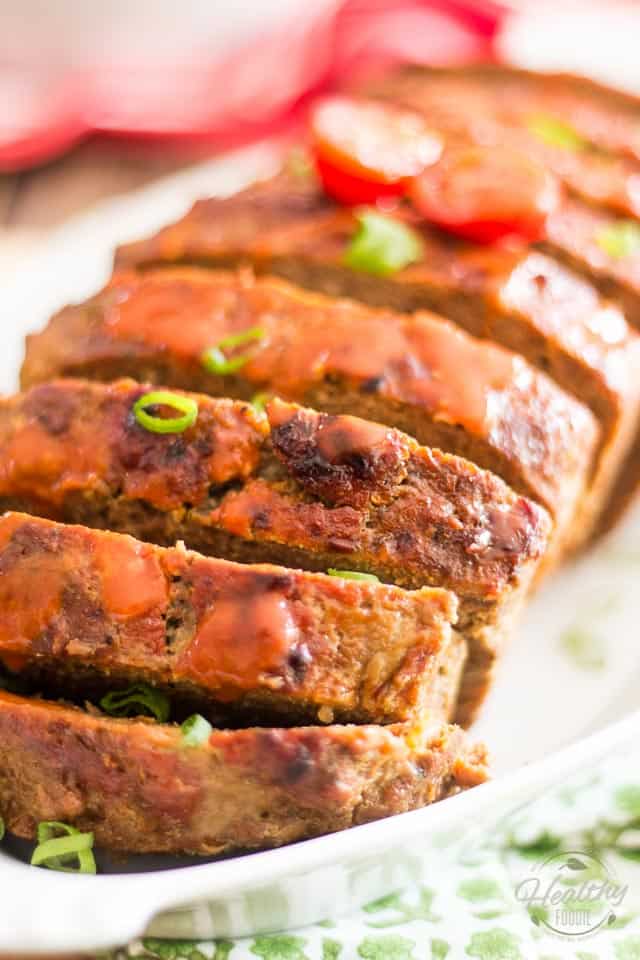 HA! That totally inspired me. Seeing as how the fridge was half empty, I decided that I was going to make a Stupid Easy Meatloaf: a very basic meatloaf that would require no fancy ingredients whatsoever. Nothing but a few pounds of ground beef, a couple of fresh eggs, some grated cauliflower (to replace the breadcrumbs and add some moisture, you know… a meatbrick isn’t exactly what I was after) and a bunch of herbs and spices. All stuff that I usually have on hand at any given time

Honestly, this meatloaf turned out to be so delicious and moist and super tasty, it’ll now be my go-to recipe!

My guests absolutely loved it, my son gave it his seal of approval, and I’m pretty sure that once you’ve tried it, you too will want to adopt it… 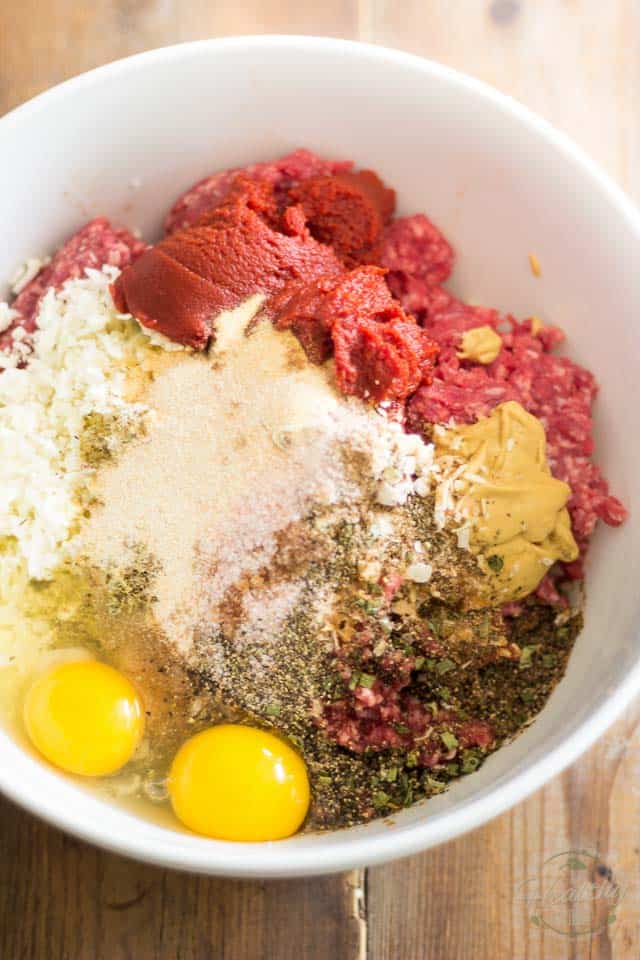 Making it couldn’t be easier. Start by preheating your oven to 375°F

Then, place all the required ingredients in a large mixing bowl and knead with your hands until all the ingredients are well combined.

Now if you went and took a peek at the list of ingredients, you probably thought that there were a heck of a lot for a recipe that’s supposed to be stupid easy and simple to make. Don’t let that discourage you. The majority of the ingredients listed are actually super common spices, most of which I’m almost certain you have in your cupboards or can easily find a substitute for. 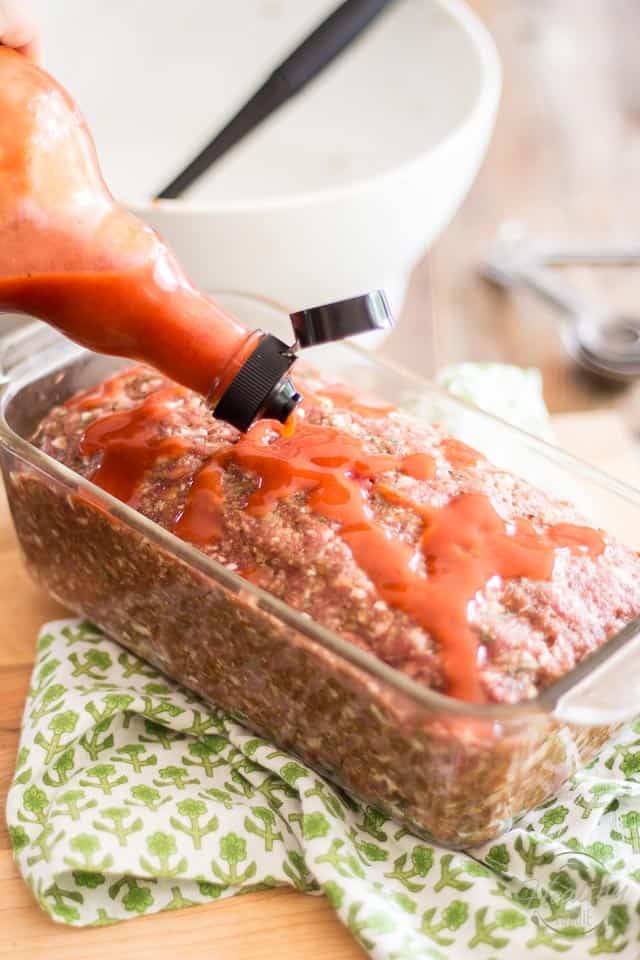 When your meat mixture is nicely kneaded and evenly combined, transfer it to a loaf pan; press it down and shape the top so it looks beautifully nice and round.

Then, cover the top with as much (or as little) Frank’s Red Hot Sauce as you like. Of course, you may totally leave that out, but know that the sauce adds a very pleasant little zing to the meatloaf and doesn’t really make it hot and spicy. I used about 2 tablespoons of the stuff and my daughter, who isn’t a fan of heat at all, thought that it was just perfect. 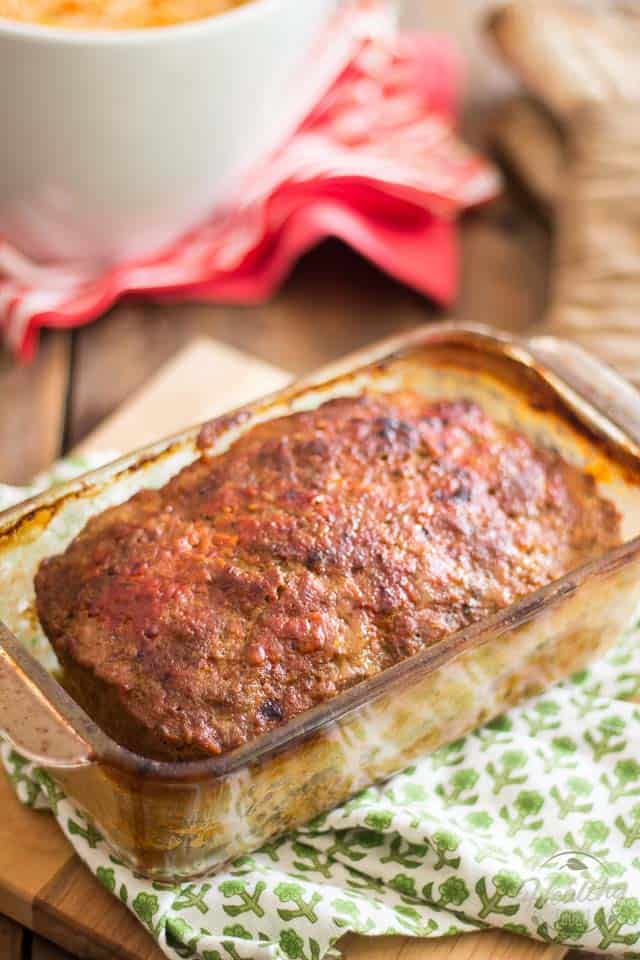 Place your meatloaf in the oven and if you want to play it safe, place a broiler pan or large piece of aluminum foil directly underneath it to collect any drippings that may eventually leak out of the pan.

Bake for a total of 60 minutes then drain all the excess liquid by tilting the pan slightly over the sink. Set your oven to broil and place the meatloaf under the broiler for about 5 minutes or until the top get nice and brown. 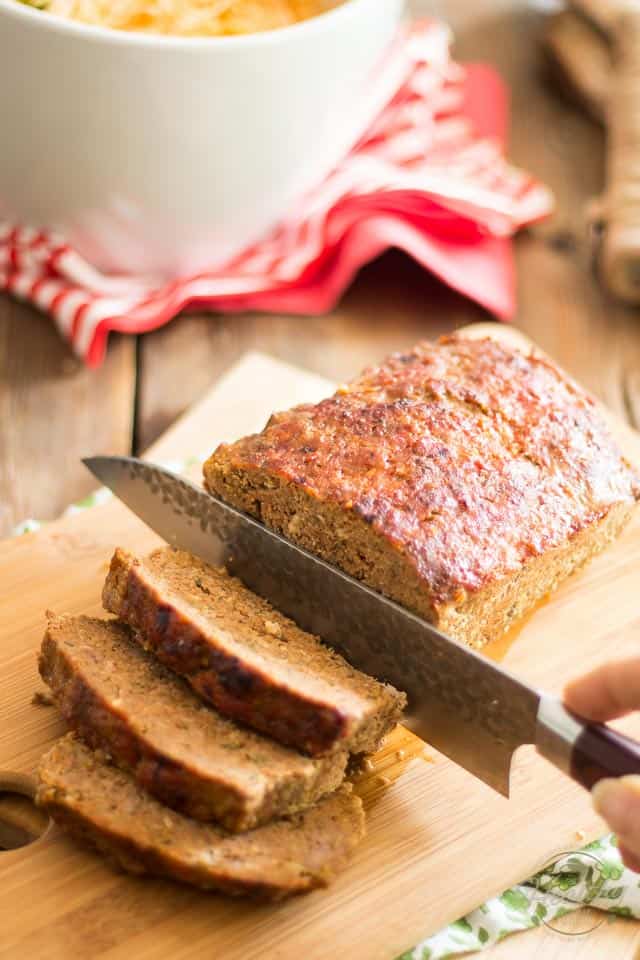 Remove the meatloaf from the oven and let it rest in the pan for at least 20 minutes before attempting to slice it.

Unless you don’t care for neat, clean slices of meat, that is…

But if you want slices that hold their shape, do give your meatloaf some time to rest, then remove it from the pan and carve into thick slices 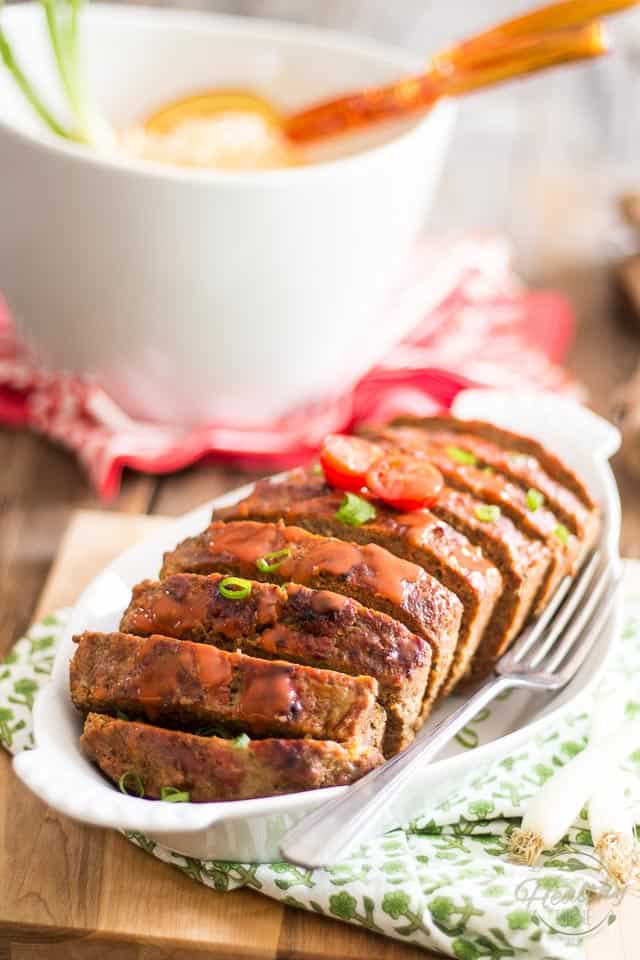 Transfer to a serving dish, drizzle with more Frank’s, if desired, and set your delicious meatloaf in the middle of the table for your guests to feast on.

I’m sure none of them will ever guess that A- the fridge was near empty when you chose to make that, B- there was no time to cook and C- this was so stupid easy to make!

Oh, and if you wanted to serve some good old classic, “you’d-swear-this-was-store-bought” coleslaw with that, I’ve got you covered.

Just keep an eye out for my next post 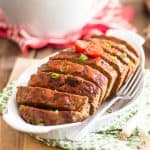 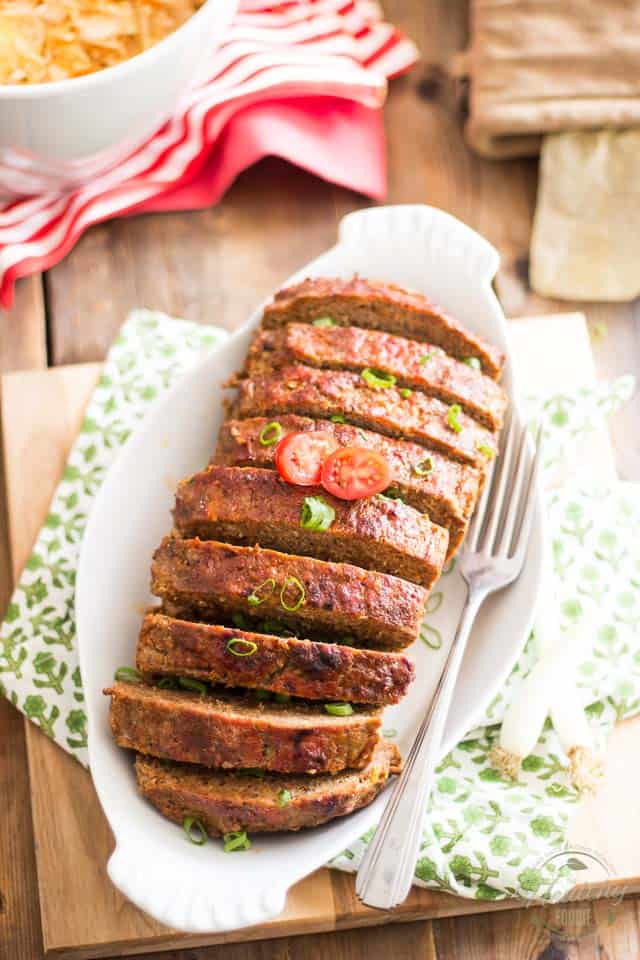