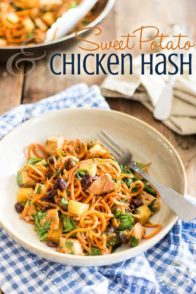 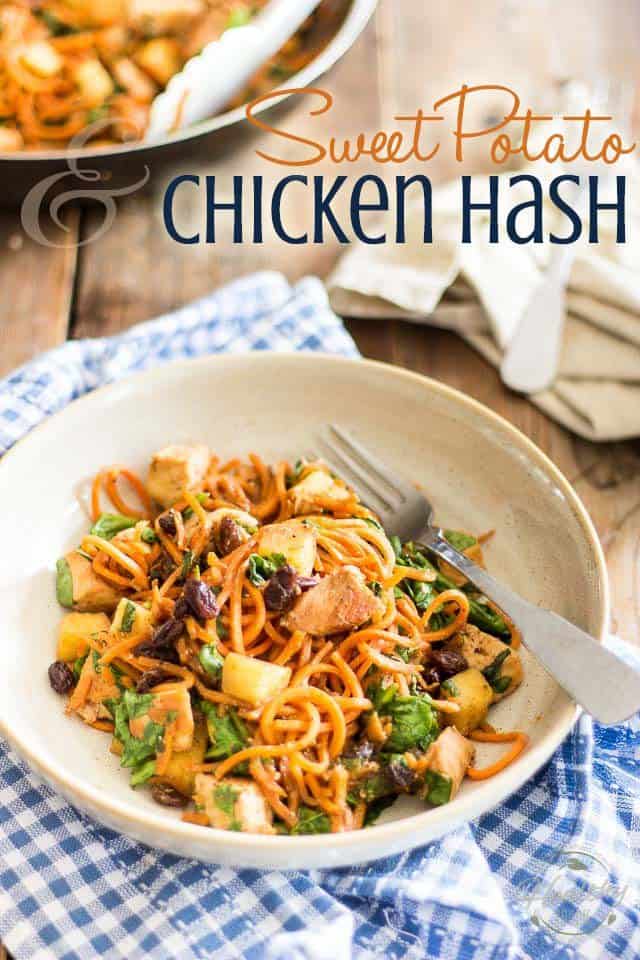 When I initially started my journey to health, my goal had been to eventually get really lean, as in below 20% body fat and even closer to 15%.

For years, I calculated my macros religiously and kept a food journal as if my life depended on it. In an effort to lose the extra pounds, I drastically cut back on my daily calorie intake and considered fat to be my number one enemy. Oh, and of course, I exercised. Sadly, though, at the time, the only exercise I knew how to do, and I thought would get me there was cardio, cardio and more cardio. Needless to say that was a recipe for disaster and I quickly became skinny fat. People would even ask me if I was sick or something.

Eventually, I got a bit wiser about exercising and started lifting some weights. Nothing too serious, though. The heaviest set of weights I owned back then was a pair of 30# dumbbells. Plus, I was still not eating enough to support my workouts and build some much needed muscles. I still thought that the less I ate, the more weight I would lose

Then I discovered the Paleo diet (and CrossFit by the same token) and that’s probably one of the best things that ever happened to me. It helped me learn a great deal about real food, about nourishing your body well, and slowly got me to stop logging my food. I even sort of forgot about the idea of getting sub 20% body fat. Complacency took over; I simply decided that it wasn’t for me and that I could very well live with my more or less 25%. Besides, as an endomorph, I figured that I probably didn’t have the right genetics to go any lower and therefore, I would never be able to get to where I wanted to be, unless I made crazy efforts, exercised for many hours a day, took all kinds of pills and restricted food intake to a point where it would probably become unhealthy. I wasn’t ready to sacrifice my name solely in the name of body image. But in the back of my mind, I’ve always remained unhappy with the amount of fat on my body. I’ve tried all sorts of things to try and bring that down, such as going through 3 months of Ketogenic Diet (which made me miserable as hell and got me absolutely no results whatsoever) and doing over a year of Intermittent Fasting (which probably helped a great deal in keeping my weight in check but never got my body fat percentage to magically drop like some claimed it would). 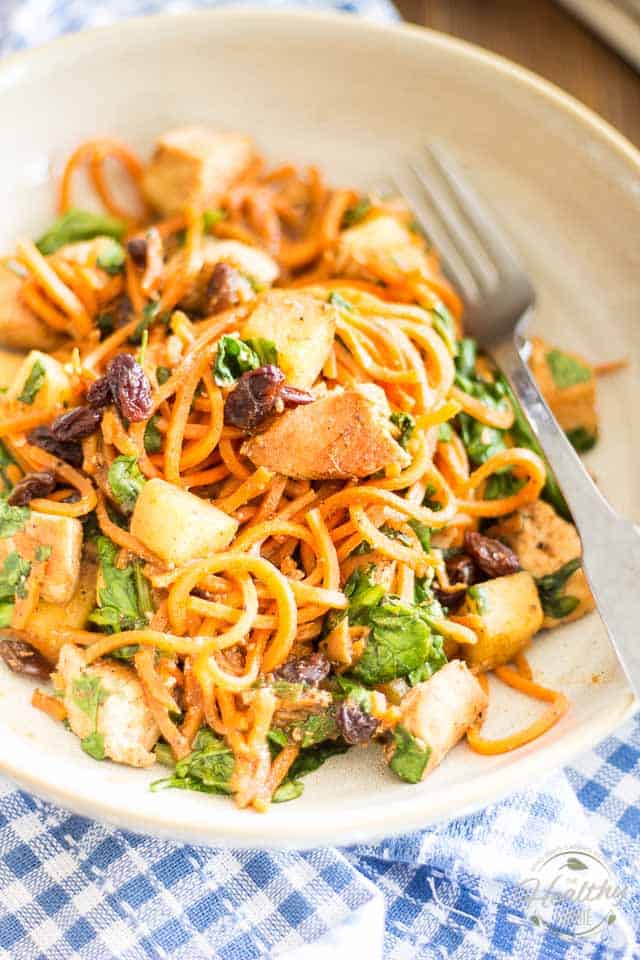 Now I just recently came across Michael Matthews’ book – Thinner, Leaner, Stronger and I must say it felt like a real eye opener. Everything Mike says makes perfect sense to me and he has a way of explaining things so they are super easy to understand. I get the feeling that this book will be a life changer for me, just like It Starts with Food has been a couple of years ago. (Funny thing is I got the inspiration for this Sweet Potato and Chicken Hash recipe out of the Whole30 cookbook, which I wholeheartedly recommend you get a copy of, by the way!)

In his book, Mike talks about what foods to eat, when to eat them, in what ratio and tells you why you should eat them. Plus, he is extremely pro “real food”, too, which I greatly appreciate. He’s not trying to convince me that I should eat bread or whole grains for carbs, for instance… he’s having me steer clear of processed foods, for the most part.

The book also includes a no nonsense, easy to follow and extremely adaptable training program that has you lifting real heavy stuff, through a few select compound and isolation exercises, most of which use free weights, i.e. barbells and dumbbells. This happens to sit so very well with me, since I now have all of that in my humble home gym. Seriously, I feel like I’ve just hired me a top notch personal trainer for a handful of dollars. 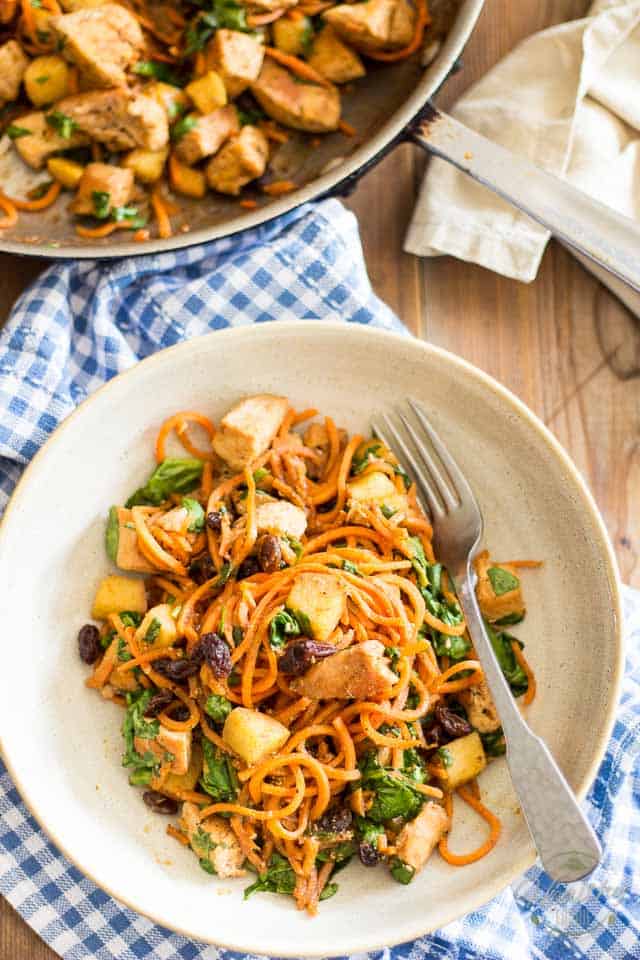 So anyway, I’ve decided to give this program a serious shot; as such. I am (obviously) starting with the cutting phase which has me be at 1.2g protein, 0.2g fat and 1g carbs per pound of body weight. I find this to be incredibly low in fat, as I’m used to eating WAY more than that, as in probably 5 times more, so it’s kind of hard to adapt for now, but I’m slowly getting there. Plus, this is only while I am on a cut. This number will go up when I “graduate” to bulk or maintain.

While I’m cutting, though, expect me to share recipes that are higher in protein and carbs, while keeping fat to a minimum. Now I don’t want you to think that I’m back to believing that fat is the enemy. I now believe that no category of macro-nutrient is the enemy. We all need protein, carbs AND fat, only we need to consume them within certain ratios, depending on what we’re trying to accomplish. Plus, what works for me may not work for you… so it all boils down to finding a solution that works for you and your body.

Hopefully, I this will be it for me! There’s only one way to find out and only time will tell…

In the meantime, I can share with you one thing that definitely worked for me: this amazingly delicious Sweet Potato and Chicken Hash!  Not only does it taste fantastic, but its nutritional profile fits my current requirements to a T. I get the feeling I’ll be having this one very often.

And so should you, me says… 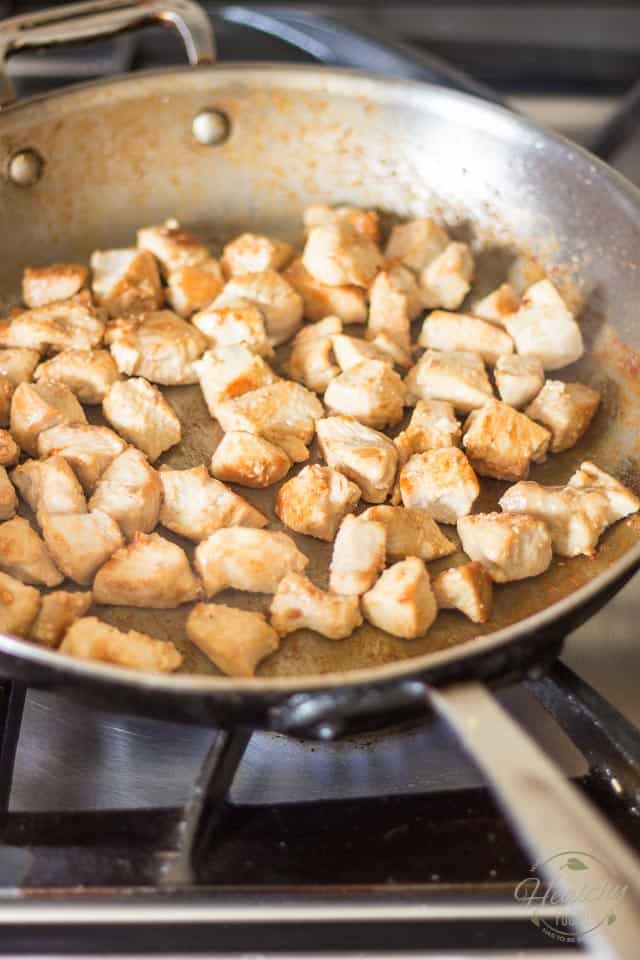 To make it, melt some ghee (or other healthy cooking fat of your choice) in a large skillet placed over medium-high heat. Once your fat is nice and hot, add the chicken and cook until golden brown, about 6 to 8 minutes total. 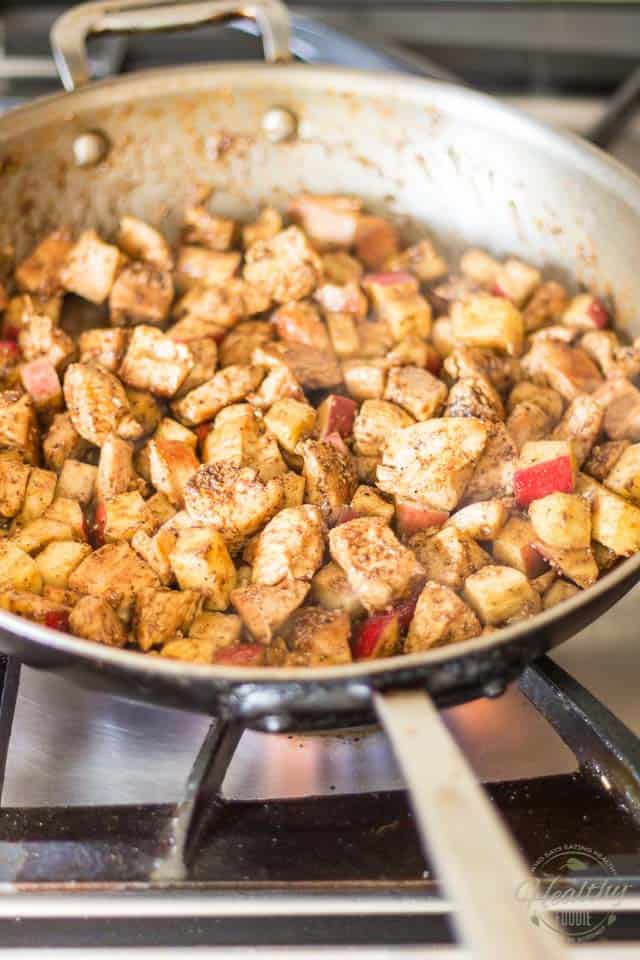 When your chicken is cooked to your liking, add 1/2 cup water to deglaze the pan , then stir in salt, pepper, garam masala and freshly ground nutmeg.

Add the diced apple and sauté for about one minute, or until the apple is slightly softened.

Note that I chose to use a Royal Gala because I think it behaves really well as a cooking apple, as in it won’t turn to mush on you and has a nice sweet flavor to it… its skin, however, tends to discolor a little and loses most of its beautiful red pigmentation in the cooking process. If you’re not a fan of discolored food, you could simply remove the peel before cooking it. Also, if you can’t find Royal Gala, feel free to swap a different variety. There are so many others to choose from! 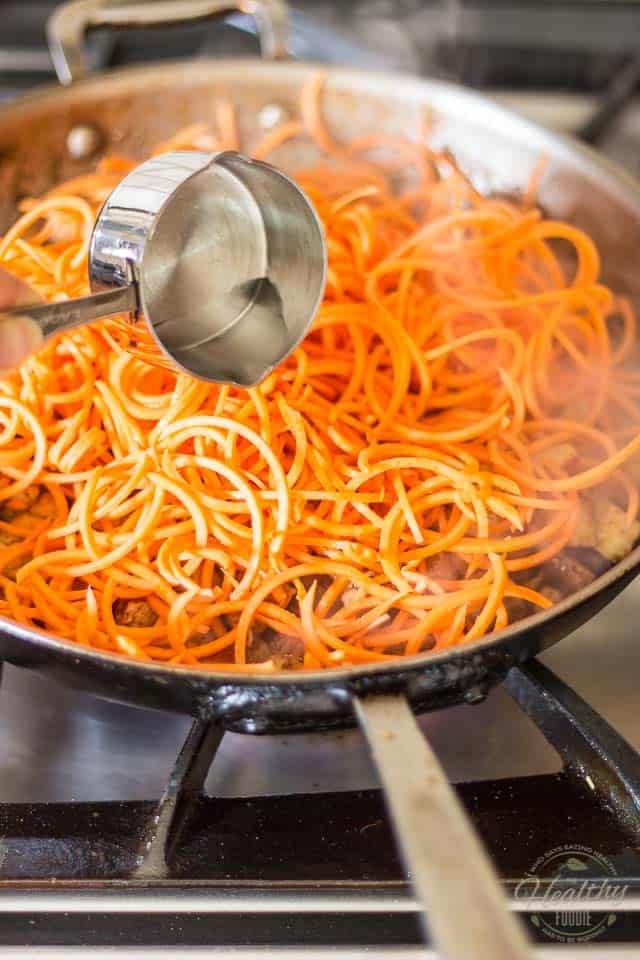 Throw in the spiralized sweet potato and add another 1/2 cup of water.

Now, if you happened to be unfortunate enough not to own a vegetable spiralizer, fear not, for all is not lost. You could always a mandoline instead, to cut your sweet potatoes into fine strings, or even just a plain ole’ box grater. That wouldn’t be quite as cool, but it would most certainly do the trick.

Honestly though, hear me out. If you don’t yet own one of those cool contraptions, you should seriously consider investing in one. They’re not that expensive and I can guarantee you won’t regret your purchase: this is by far the neatest kitchen gadget ever! It’ll have you want to spiralize everything in sight, I swear. You’ll want to use it all the time!

Once you’ve added the sweet potato, stir delicately until it is cooked to your liking and the water is almost completely evaporated.

That shouldn’t take much more than a minute or two. 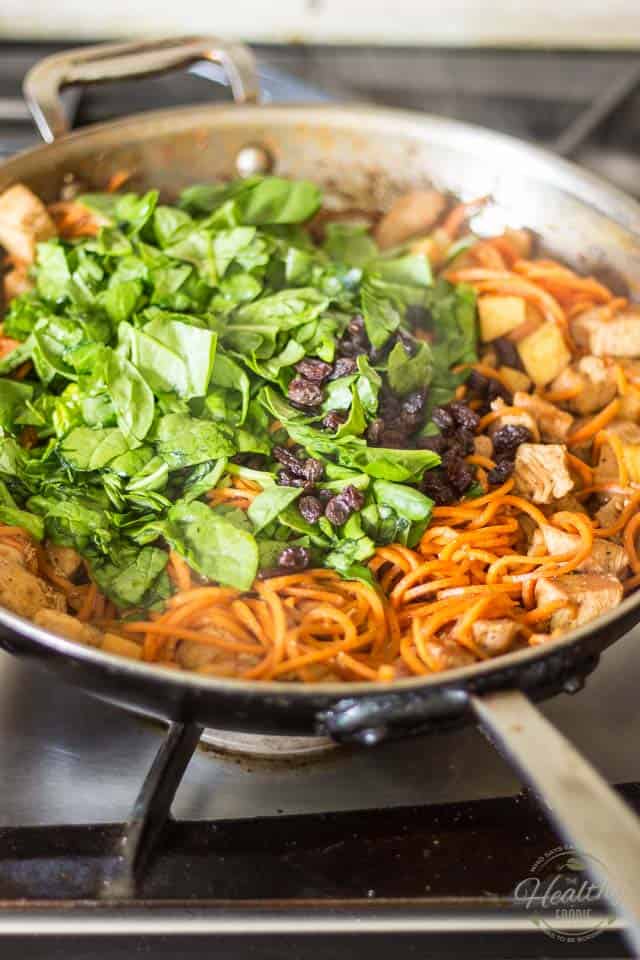 Now kill the heat and throw in the chopped spinach and raisins.

If adding a couple of grams of fat to this dish isn’t a concern for you, I strongly suggest you also throw in a handful of toasted pecans, walnuts or even pine nuts. They sure would add a nice little crunch that I’m certain your palate would appreciate!

Sadly, as much as I wanted to throw some nuts in, I had to leave them out for the time being. Trust me though; there will come a day when they will find their way to my plate! 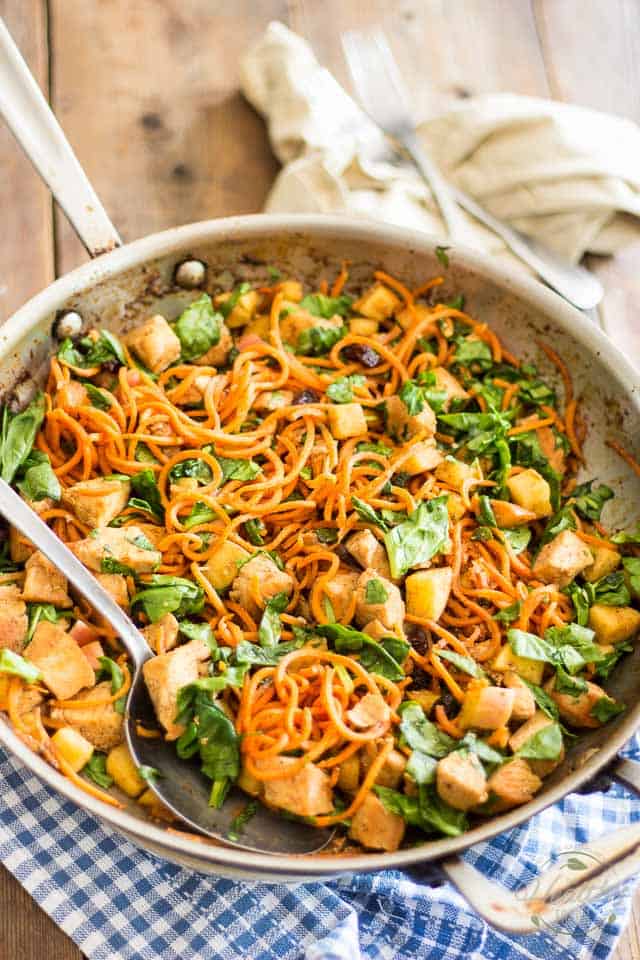 Stir very delicately until all the ingredients are evenly distributed and the spinach is sufficiently wilted, about 30 seconds.

I’m guessing that by now, your house is smelling sooooo incredibly good that you wouldn’t be able to contain yourself much longer, anyway! 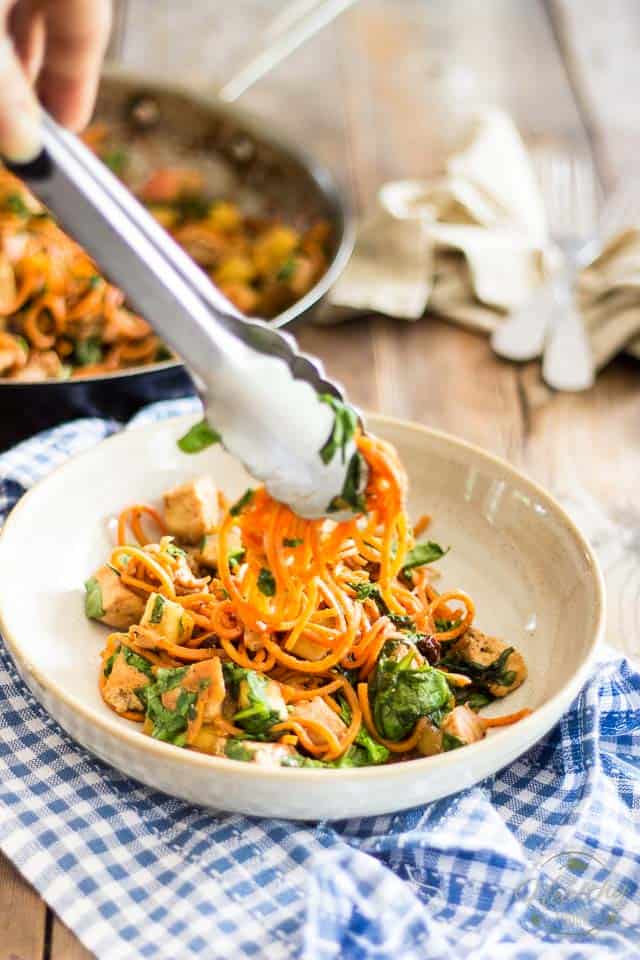 So go ahead and serve without delay.

You’ll see… Not only is this Sweet Potato and Chicken Hash a real treat for the taste buds but it’s also super quick and easy to make, it’s Whole30 compliant and it’s so versatile it can easily be adapted to fit your macronutrient needs of the moment (if you have any, that is!) Plus, it has a sort of sweet and spiced flavor profile to it that is easy on the palate any time of day, be it breakfast, lunch or dinner. Lastly, it reheats perfectly well in the microwave so you can take it with you to work, although I must warn you that this may very well make your co-workers drool with envy… 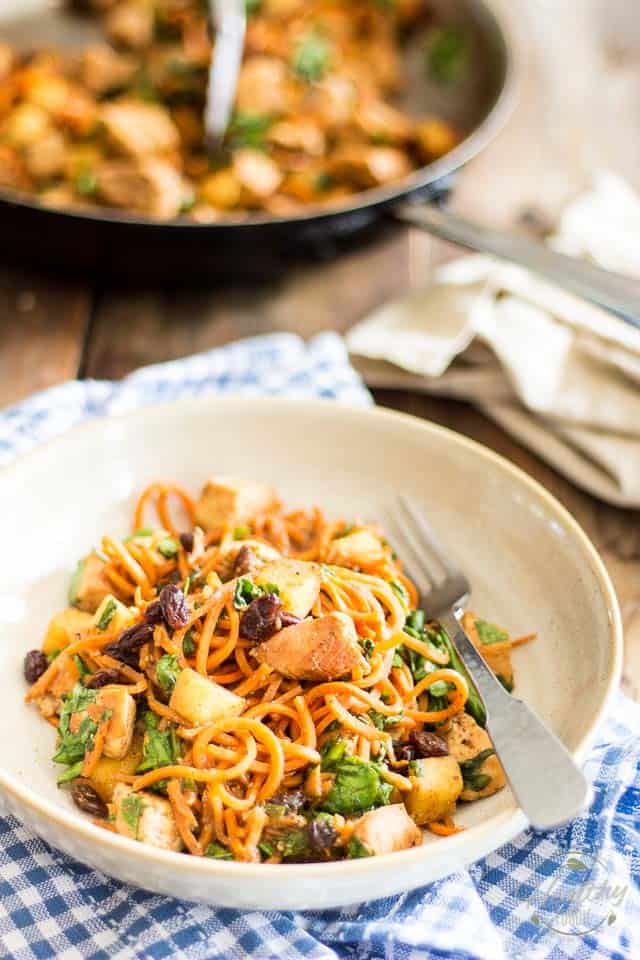 I don’t know about you but I think I’m in love.

Like I said: that one definitely works for me! 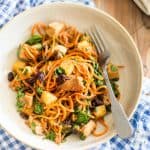 Prep Time: 10 minutes
Cook Time: 15 minutes
Total Time: 25 minutes
Easy on the palate any time of day, this Sweet Potato and Chicken Hash is a real treat for the taste buds; it's also super quick and easy to make!
Servings: 2