A couple of weeks ago, I shared a picture of a gorgeous bowl of oatmeal on my Facebook page, above which the original poster had asked their readers to share what their favorite ingredient to add to their oatmeal was.

Little did I know that reading the answers to that question would lead me to meet the new love of my life: Egg White Oatmeal.

I mean, seriously. This stuff is so good, I think I want to marry it.

There’s this one major problem, though… how does one put a ring around a bowl of oatmeal? 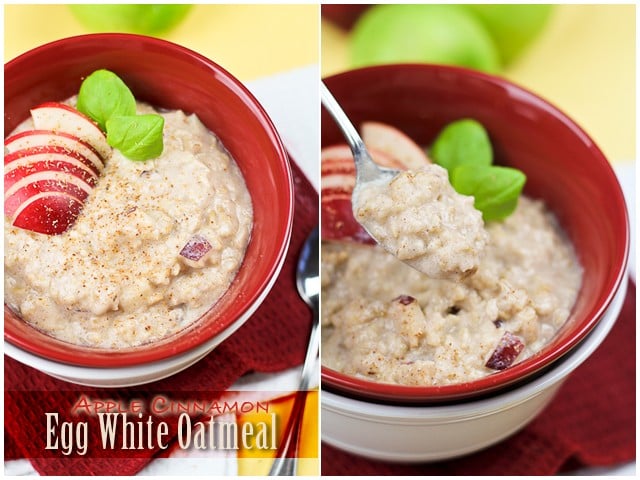 Alright, alright… enough with the silly comments. I’m done now, promise. You can keep on reading.

Honestly before that day, I had never heard of adding egg whites to oatmeal, and oddly enough, the thought had never even occurred to me!

Considering the fact that I eat a great deal of protein every day and that my three main sources of protein are whey protein powder, Greek yogurt and egg whites, I’m really surprised that I had never ever thought of it.

After all, both the whey and yogurt had already found their way to my bowl of warm cereal…

Guess it was only a matter of time before the egg whites got there too.

Frankly, they are by far the better of the 3.

There’s just something about them that changes the entire structure of the dish. They really turn ordinary oatmeal into a bowl of dreamy, fluffy, airy, creamy and chewy cereal.

Plus, they take a lot of expansion, so you suddenly feel like you have four times as much oatmeal in your pot.

But don’t take my word for it… give it a try!

Chances are, you’ll never want to have another bowl of plain oatmeal again.

You’ll always be reaching for that carton of egg whites! 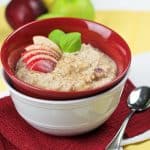 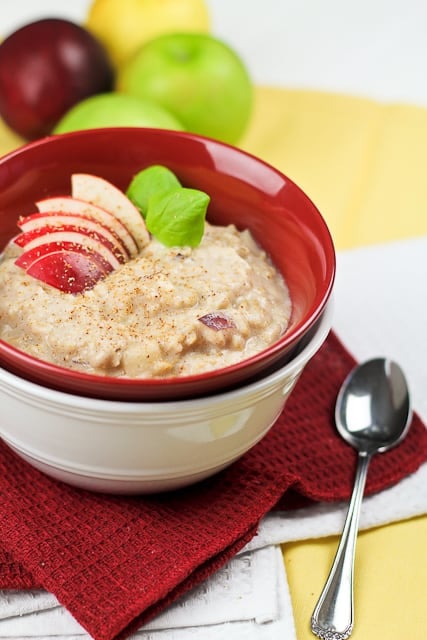 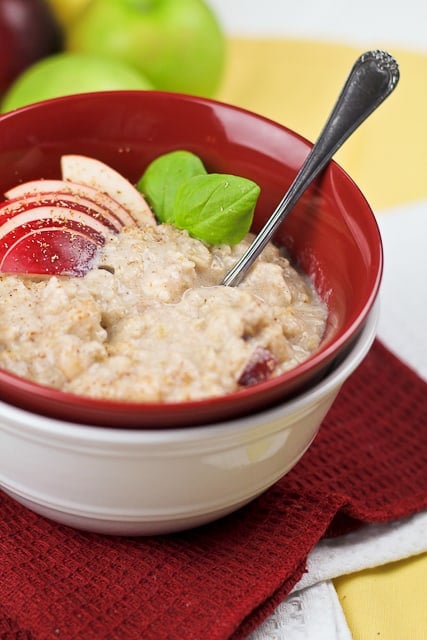 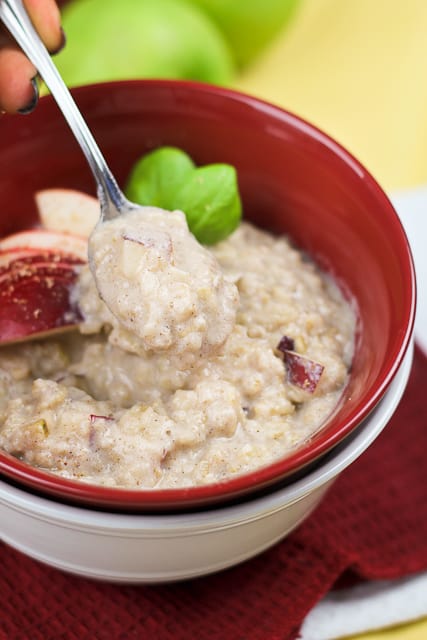 Oh, how I wish you could taste this…