You love Shepherd’s Pie, don’t you?

Unfortunately, for us paleo folks, this simple yet delicious classic is pretty much off limits. Corn, being a grain and not a vegetable, has been removed from the “safe” food list and plain ole white taters, well, while some choose to still have them on occasion, they’re not your ultimate food choice.

Come to think of it, the good ole, typical Shepherd’s Pie that we’re so accustomed to eating, leaves much to be desired in the nutrition department.

Not this version, though! 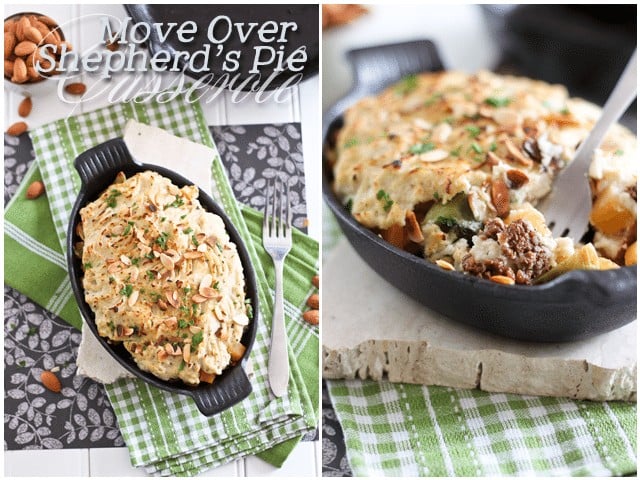 Let me tell you, this Paleo Shepherd’s Pie right here was a million times better than any of the traditional Shepherd’s Pies I ever had.

It’s so full of flavor and textures, I’m telling you, the real thing has ABSOLUTELY nothing over that one.

NOT ONE SINGLE THING!

Not even the mashed potatoes.

Speaking of which… the mashed potatoes that you see on this guy?

They’re not even mashed potatoes. What you’re looking at is actually cauliflower.

That’s right: CAULIFLOWER! But if you don’t tell, no one will even notice the difference. 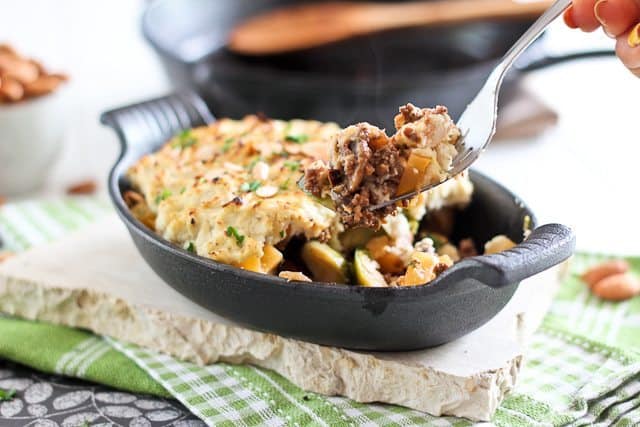 So thanks to Mr. Cauliflower, Ms. Tater won’t be missed, not even one for one minute.

And you know who else won’t be missed?

The Brussels sprouts and rutabaga have so much flavor to them, they greatly contribute to making every bite as palatable as can be. What’s more, the addition of toasted almonds brings a slight little element of crunch to that middle layer, much like corn would, only with much more personality.

I’m telling you guys, THIS, is my new official Shepherd’s Pie and I don’t feel deprived in the least!

Just wait ’til you try it! 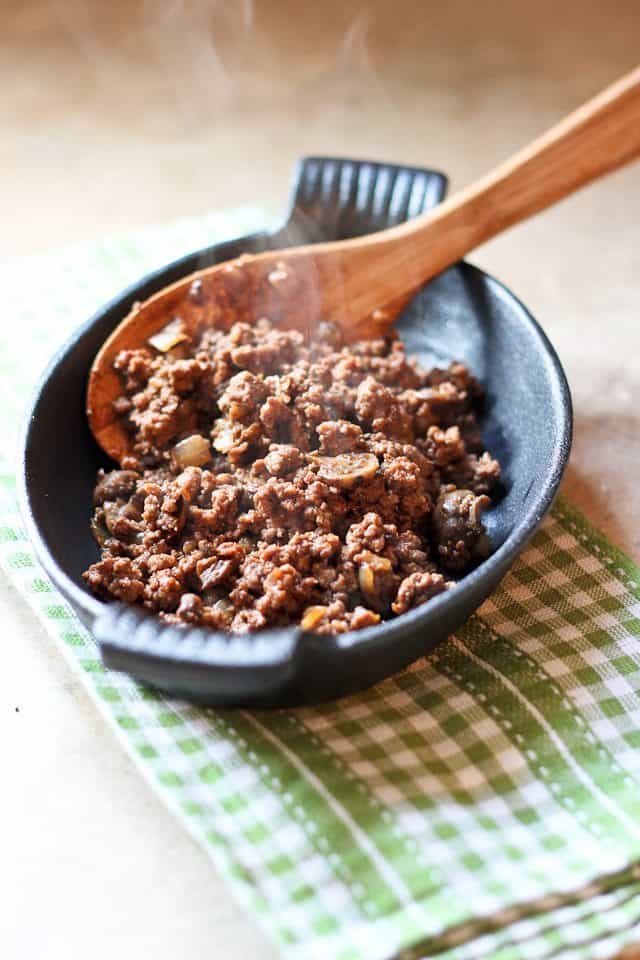 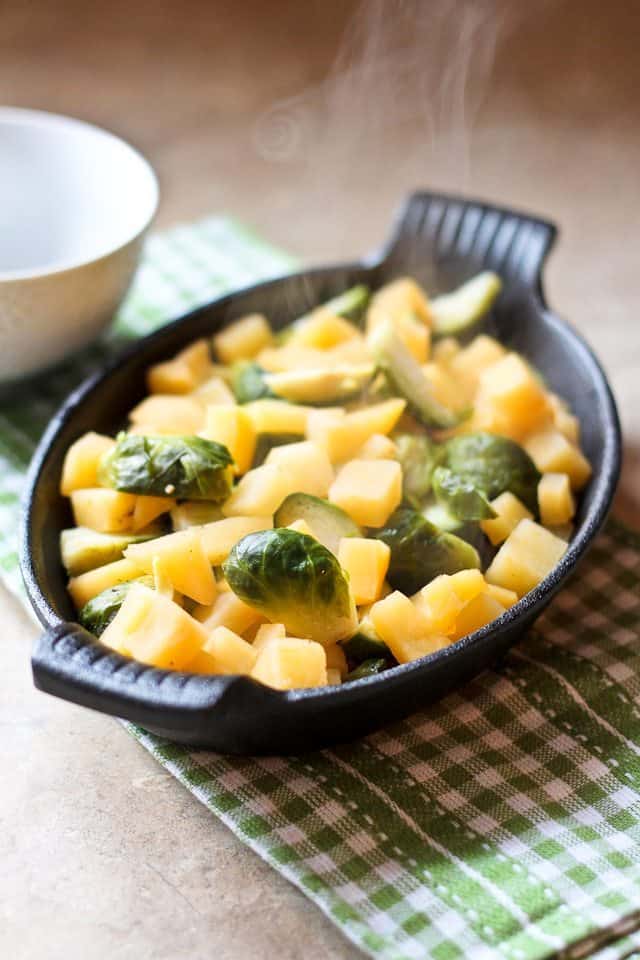 Adding steamed veggies right on top of it.

Look closely… have you ever seen steam form such a perfect swirl? It completely blew my mind!

This just became my favorite picture EVER just because of that swirl. 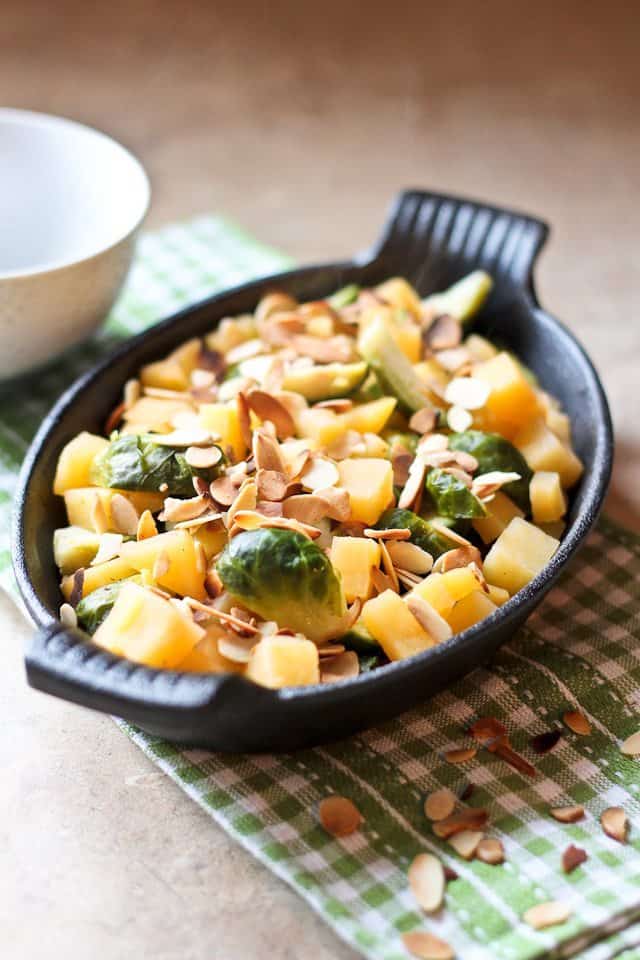 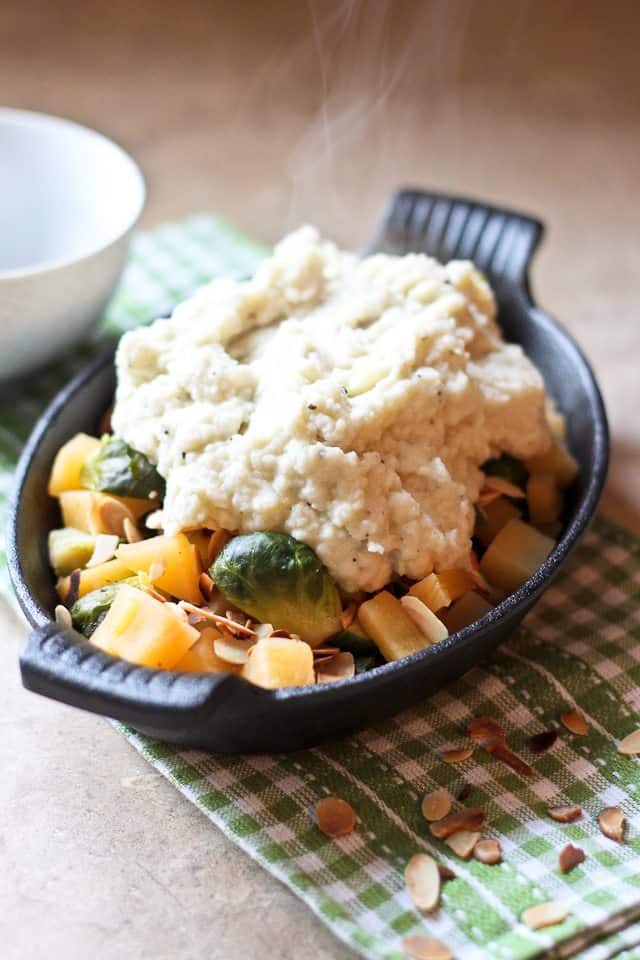 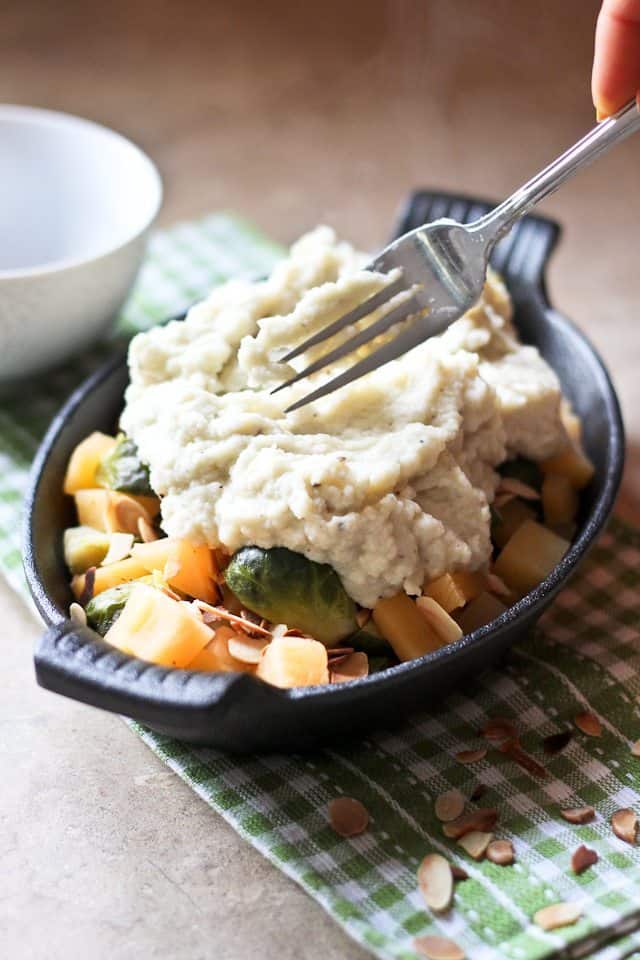 Gently spread Cauliflower Mash all the way to the edge. 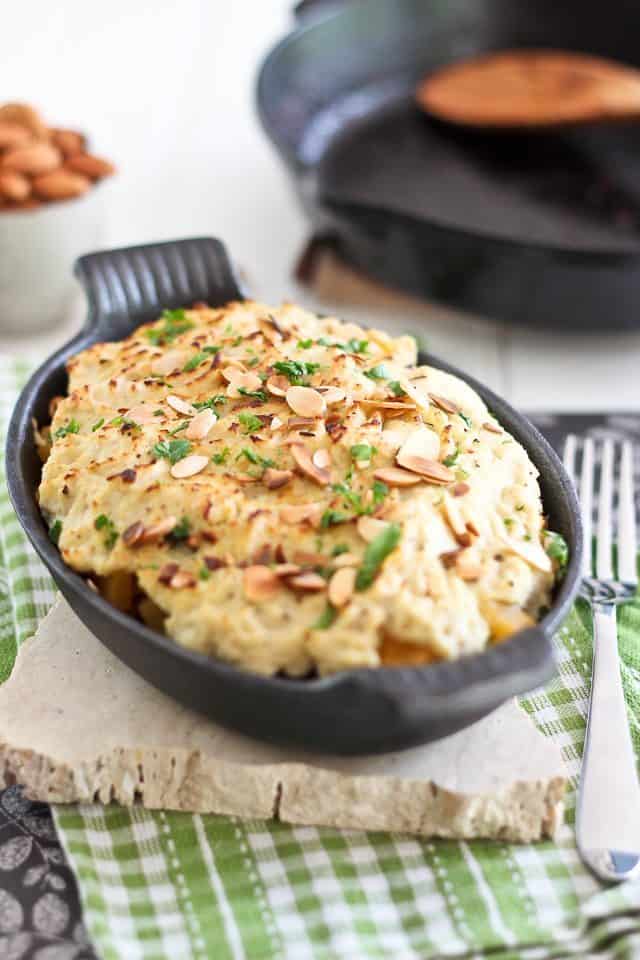 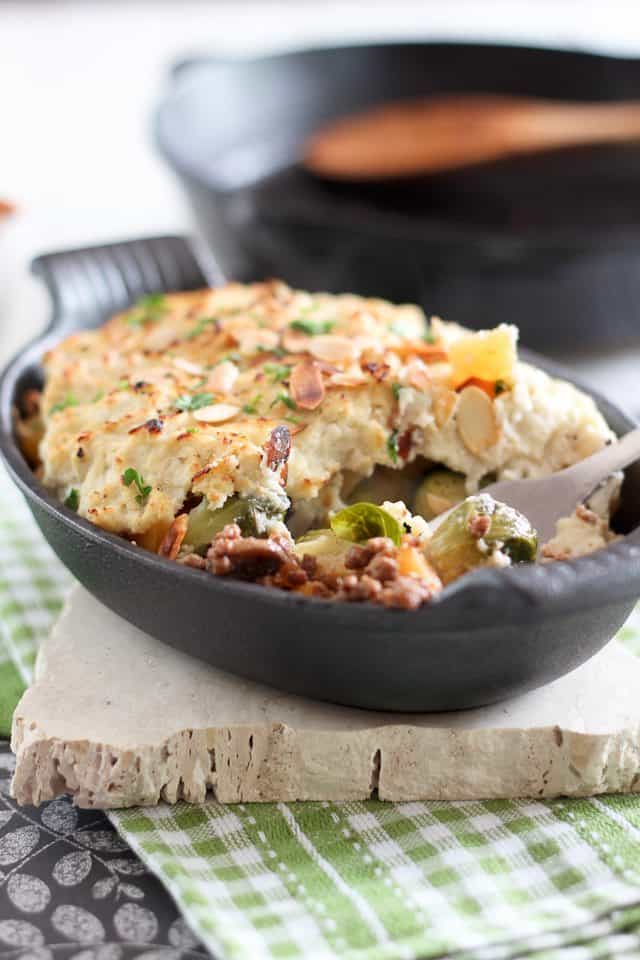 So? What do you think? Better than the real thing? 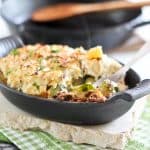