Stuffed Bell Peppers [or meatloaf in a bell pepper]

Since we’re already on the subject of stuffed things, thanks to the Egg, Avocado and Bacon Stuffed Fresh Tomatoes that I just served you, I figured why not keep going in that same direction and do Stuffed Bell Peppers this time?

It makes for some sort of a continuity, doesn’t it?

Unless you don’t cook them all that much, that is… for raw bell peppers do look pretty yummy.

But put them in the oven for an hour or so?  There’s just no way they’re gonna come out of there looking all nice and fresh and plump and colorful and bright.

They invariably get kind of soft and wrinkly, on top of losing much of their vibrant color. 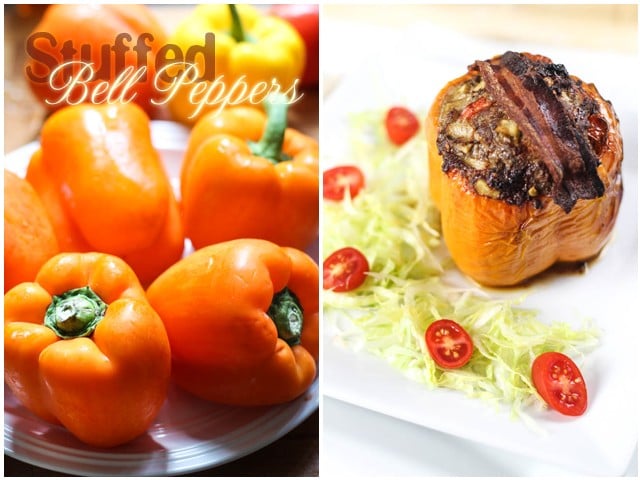 In fact, I find they come out of there looking so ill equipped in the looks department that I’m not even sure bacon can really help save ’em poor things.

At least not as far as presentation is concerned…

I think they probably looked better before they were cooked, as you can see in this picture that I shared on Instagram just as I was about to put them in the oven. 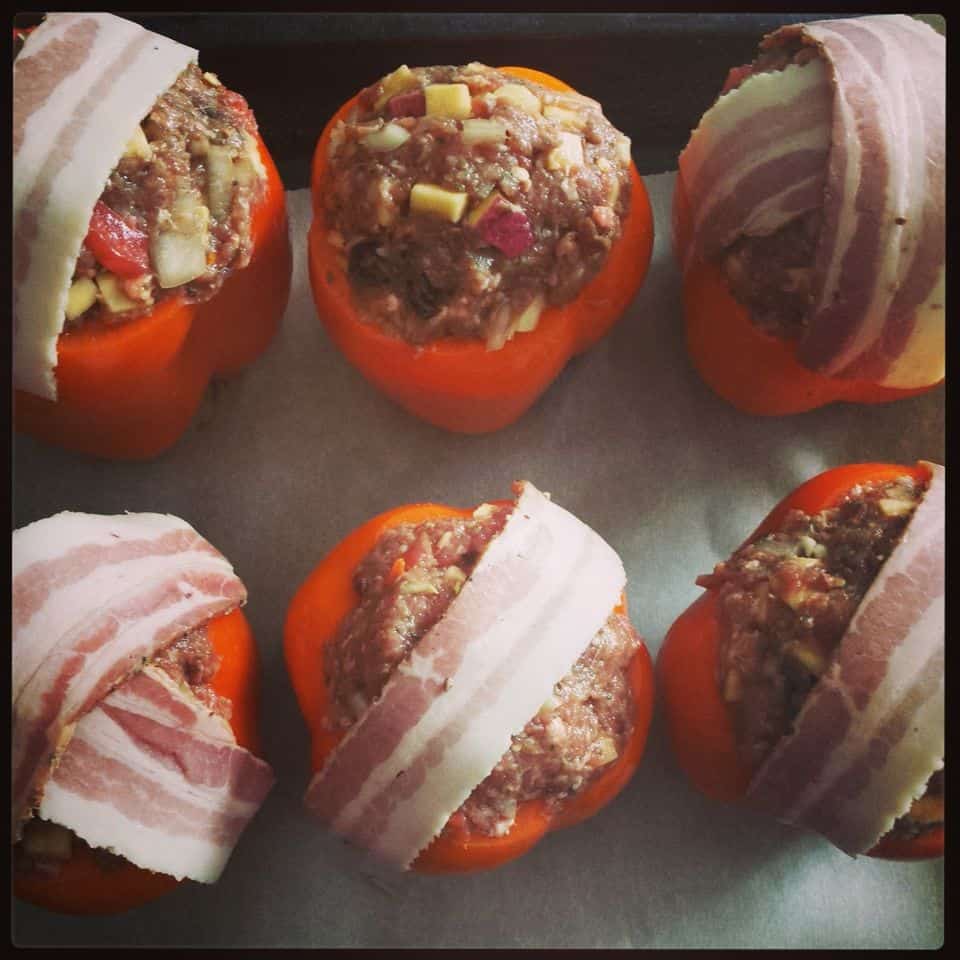 Flavor wise, though, the presence of bacon is a whole different story!

For really, bacon will make ANYTHING better, won’t it? And yeah, perhaps even prettier, too… perhaps!

Unfortunately, it doesn’t give these poor fellows their color back, though.

Don’t you find it fascinating how peppers can go from the bright orange pictured above to the very yellow yellow portrayed below?

Not that there’s anything wrong with yellow, mind you, but I bet if you hadn’t seen the raw orange peppers, you’d swear I’d used yellow bell peppers to start with. 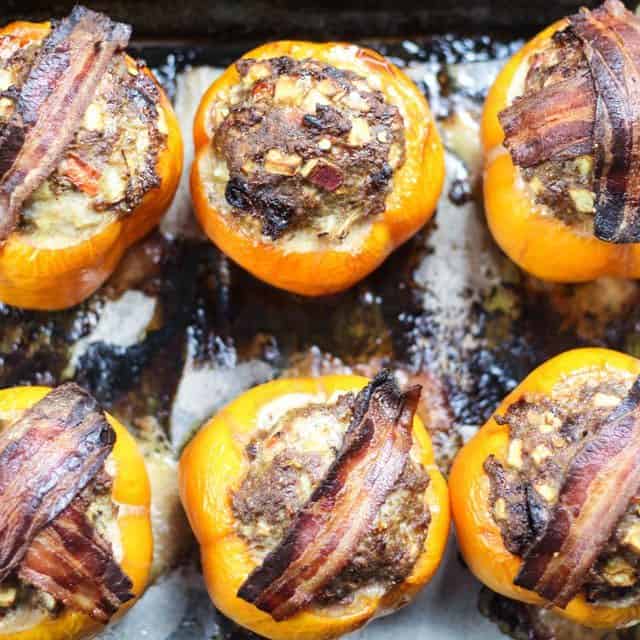 But hey, no matter what color or how wrinkly they become, something has to be said for bell peppers that spent close to an hour in the oven… They do, after all, become really soft and sweet and almost creamy in consistency; they sort of melt in your mouth.

And that beautiful creamy sweetness contrasts wonderfully well with the beefiness of the meat that’s inside them.

While most people prefer to cook their meat before stuffing it in the peppers’ cavities, I like to stuff mine with raw meat and pack it rather tightly, too. This results in something resembling a meatloaf that’s been cooked inside a bell pepper. 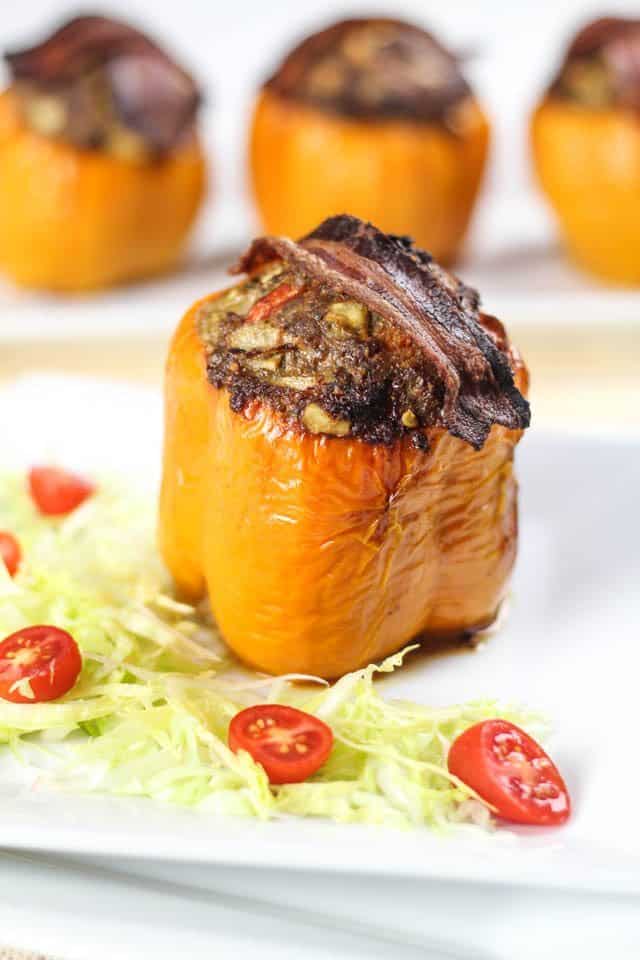 Meatloaf in a bell pepper? I say that, can’t be bad.

Especially not if you are going to top it with bacon.

And hey, even if you happen to be short on bacon like I was, don’t go running to the market to buy more. For you see, even the poor little guy that didn’t get his share of bacon got to be eaten.

And it was liked just as much as all the other guys, too.

Only it didn’t get to be saved for last… 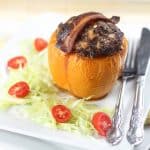 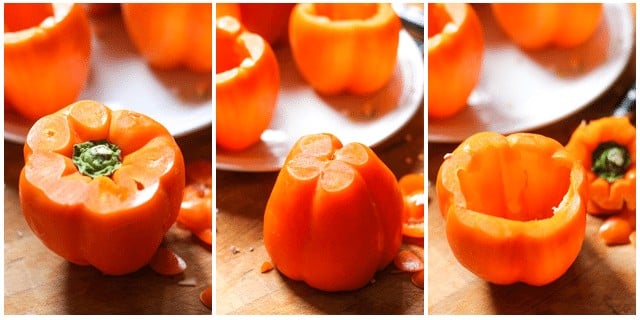 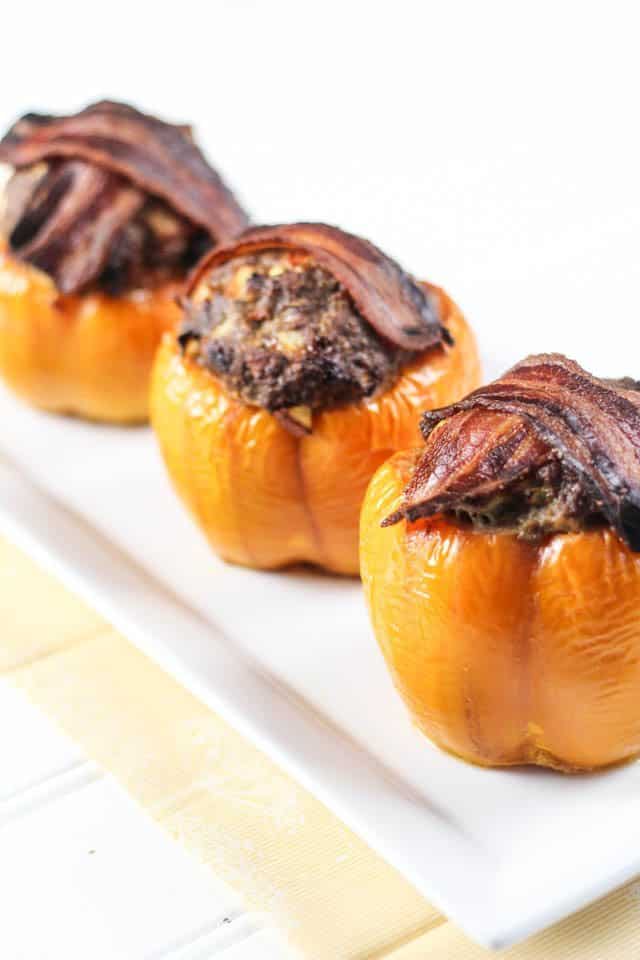 Showing their best side… 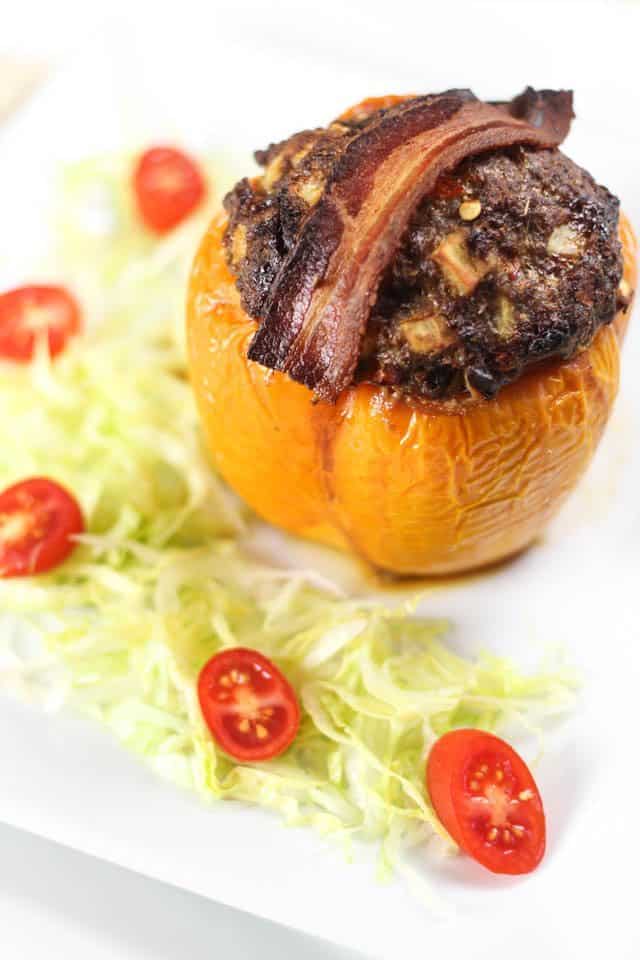 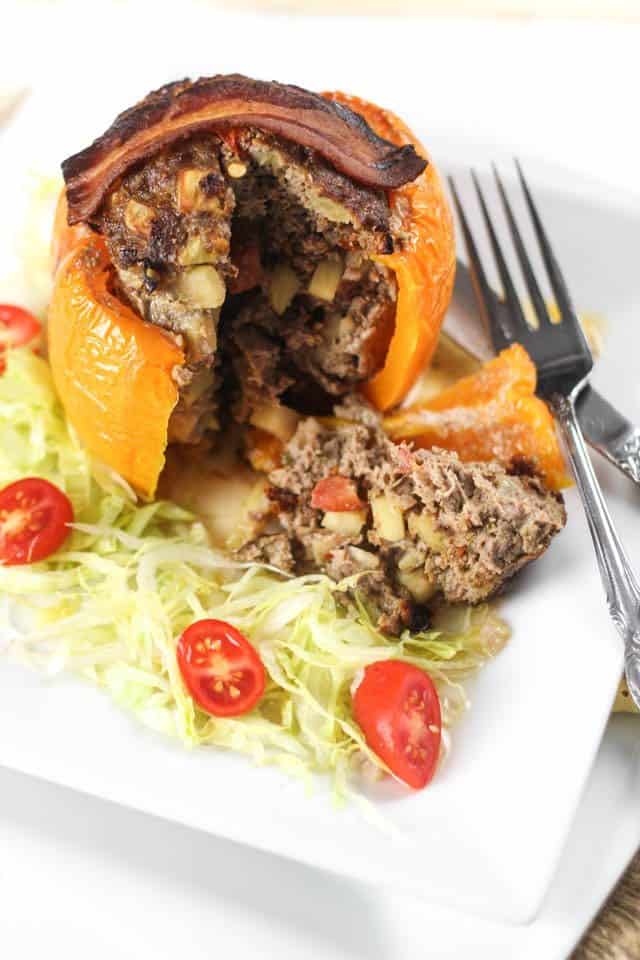 And look at all those pieces of sweet potatoes in the meat stuffing.

That’s meatloaf in a bell pepper for ya!

I’m currently on day 39 of a [planned] 62 day challenge… and still going strong!

« Previous PostFresh Stuffed Tomatoes – or the day California Tomato Farmers saved the day!
Next Post » Bunless Hamburger [aka Super Tasty Beef Patties with all the fixin’s]