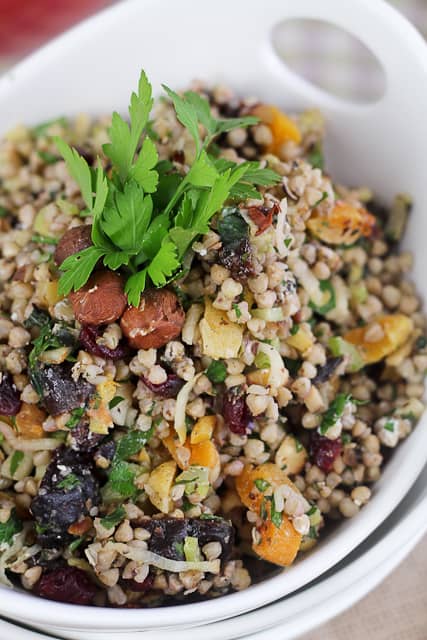 Have I told you just how much I’d been loving on buckwheat lately?

Right, of course I told you. 😉

I’d even told you how I’d have a second buckwheat salad recipe for you, right after I gave you this first one the other day…

Well, if I hadn’t told you, I’m telling you now.

You see, this year for Easter, we were invited to my mom’s new boyfriend’s family reunion and we were asked to each contribute a dish. I soooooo love these kinds of family gathering. You get to taste a little bit of what everyone sort of is about. You get to learn about people, and you get to try a whole bunch of new things.

Such as buckwheat groats, for some…

For the occasion, being the “weird healthy kiddo” that I am, I’d been asked to bring 2 of my “unusual” salads. I chose to bring my “Grain Free Tabouleh” as well as another cold salad which would contain buckwheat groats as the main ingredient.

At the time I made that decision, I had no idea what would actually go in said salad. All I knew is I wanted people to discover this wonderful and unknown ingredient that is buckwheat in its groat form.

In fact, I didn’t even know what would go in that salad until I actually started making it.

It was a case of opening up the fridge and cupboards, grabbing this, grabbing that, and yelling over my shoulder to my daughter who was in her bedroom: “Say, what would you say to adding such and such to that salad? Yay or nay?” 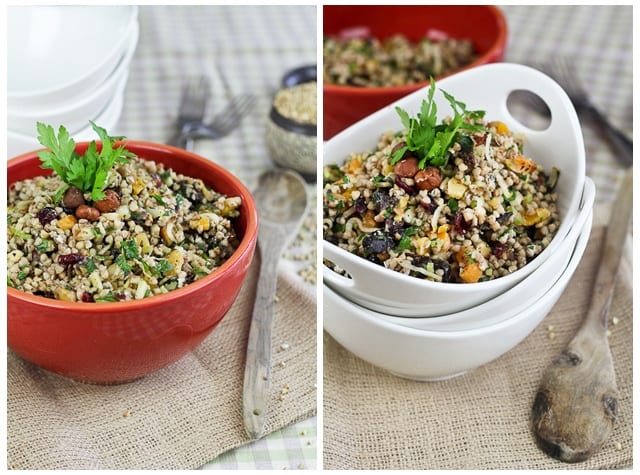 To be honest, I hadn’t even initially planned on taking pictures of that one. Or on writing down the recipe, for that matter. I mean, I’d JUST been making a buckwheat groats salad. Surely, I didn’t need to log a second one now, did I?

But then I tasted it!

Oh . My . God. I immediately reached for my trusty pen and notebook and started recapping all of what had gone in the making of this magnificent creation!  I was not going to let that one be forgotten. It was way too delicious for that. 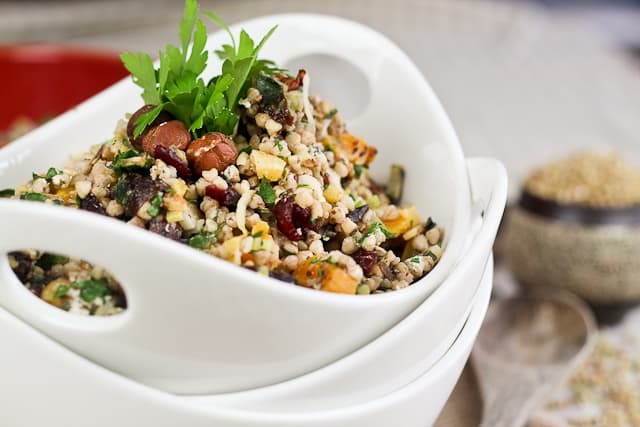 Granted, you all know how much of a fan of the savory sweet combo I can be. But this salad… You get tons of sweet dried fruits, crunchy nuts, creamy nutty buckwheat and tangy goat cheese with every single bite. I could’ve eaten it without end; I just didn’t want to stop.

I wasn’t quite sure whether it was dessert or side or even main dish. All I knew is it was sooooooo delicious and my taste buds were in heaven.  For a change.

You know what? I think that my taste buds are VERY happy to be attached to MY tongue. They get to visit heaven so very often.

And they’re pretty thankful for that! 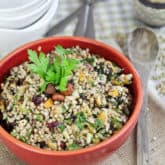 Servings: 6 as a side 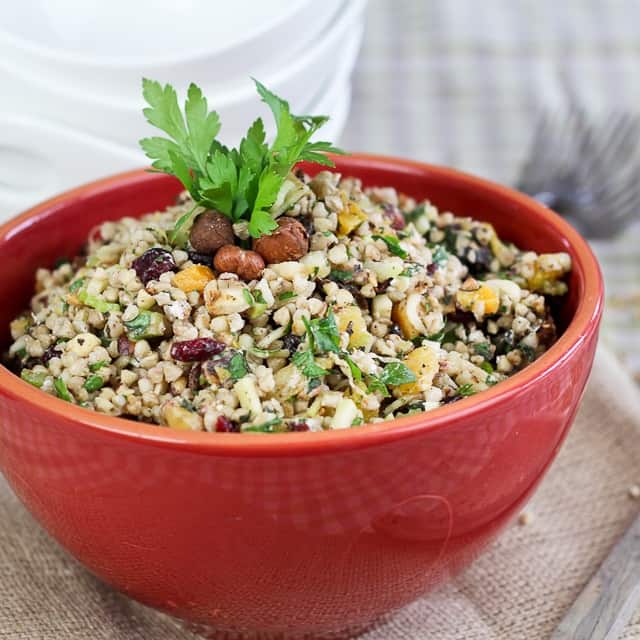 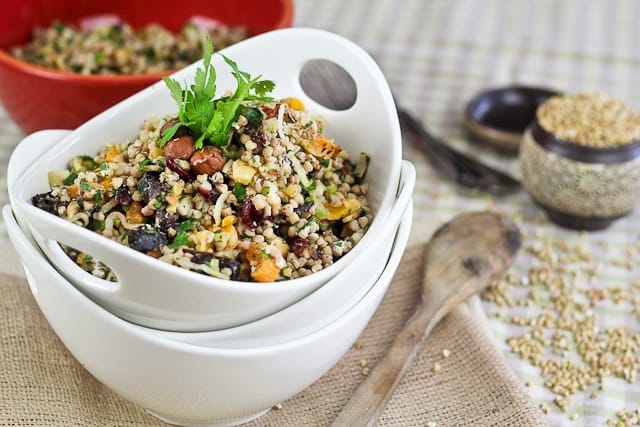 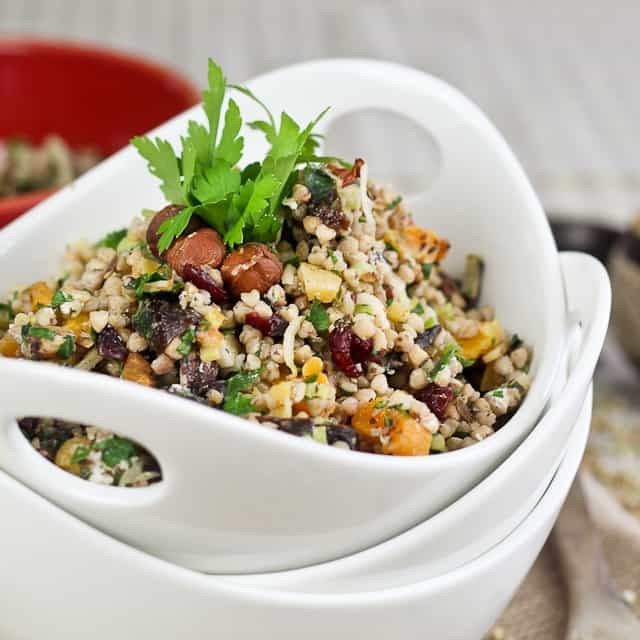 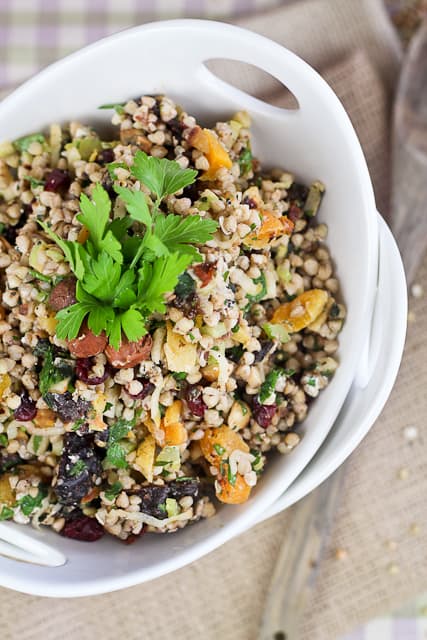