Looks like this is becoming a habit! 😉 I’m completely hooked on creating healthy desserts. I’m really glad that I changed my mind about desserts not having a chance in the world at being healthy.

Although, I have to admit that I came THAT close to going back to my old thinking after someone made the following comment on another site where my pumpkin pie was featured:

Unbelievably healthy pumpkin pie? LOL. If you’re really trying to eat healthy (i.e. cut calories, cut down on carbs, cut down on fat, cut down on sugar) you’re not going to be eating any pie, much less this one…

It really brought me down at first and I’m still taking it rather hard. I probably shouldn’t even bother, but you see, I am extremely perfectionist and I tend to take criticism really personal. In this case, I think it’s the “much less this one” that hit me the most. What’s so wrong with this one that would make it much less acceptable?

So I almost gave up right then and there. I thought I’d only created 3 desserts so far and already was getting that kind of negative reaction… I wasn’t too sure that I really wanted to see more like that.

What if they were right? What if my vision of healthy was flawed?

I thought about it for a while, and then I decided I was very happy with my vision of healthy, whether it was flawed or not. To me, eating healthy doesn’t mean cutting down on calories, or carbs, or fat, or sugar, to me,eating healthy means eating A WIDE VARIETY of food that is as close as possible to what nature intended, so the least processed the better. It’s also about switching to complex carbs, whole grains, good fats and choosing sugars that come from natural sources. 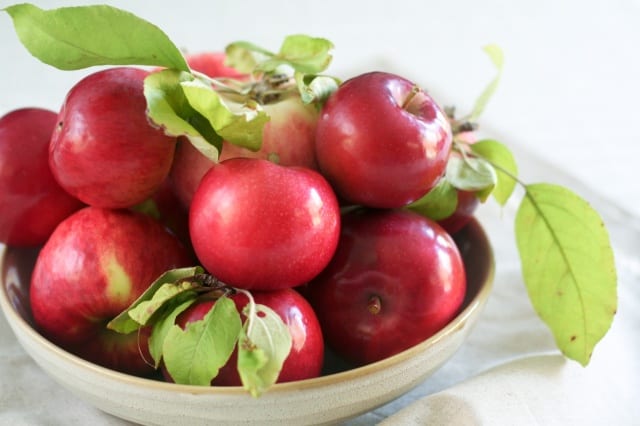 That is my philosophy, and that is what this site is about. I am not a nutritionist and will never pretend to be. I am not here to educate, I am here to inspire. Inspire those who are so inclined and who share my vision to embrace a healthier lifestyle and adopt better eating habits, without having to sacrifice taste.

And this cake, this cake right here, just like my pumpkin pie, not only is it good, but it is also healthy. At least it is by my standards. So it is with great pride and pleasure that I share the recipe with you. 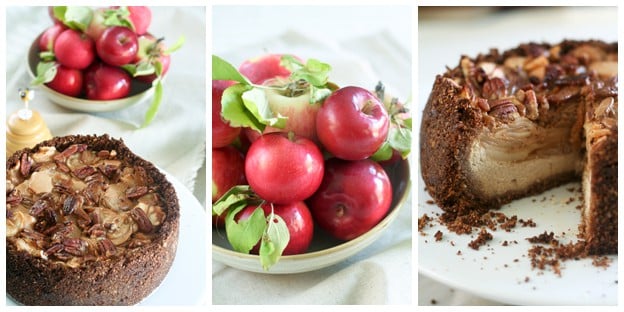 It might not be EXACTLY like I’d envisioned it, but it turned out pretty darn good if you ask me. If you are a fan of desserts that aren’t overly sweet, you will love that one. It really isn’t too sweet, it’s literally loaded with apples and the crust nice and pleasantly crunchy. The caramel sort of disappeared though, when I was hoping that it would ooze and make the cake all ooey and gooey and maybe just a tad sweeter. You know, me and my sweet tooth! 😉 But still, I sure was sad when that cake was all gone…

I would redo that exact same recipe without a moment of hesitation. But you see, I already have a plan for a “new and improved” version! I think I am now  officially “unleashed”.

I have (alright, alright, I’ll be honest) hundreds of dessert ideas already. So stay tuned, if you care for more!

Until then, I’d be curious to find out what “eating healthy” means to you.

What’s your perception of healthy food? 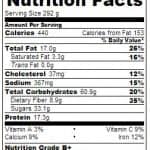 For the filling and apple / pecan layer and honey caramel

For the honey caramel 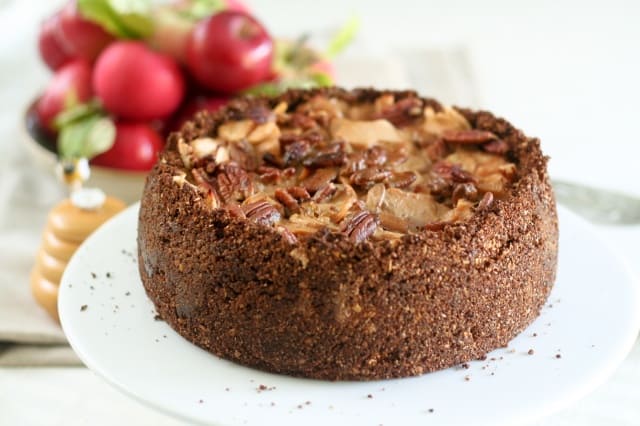 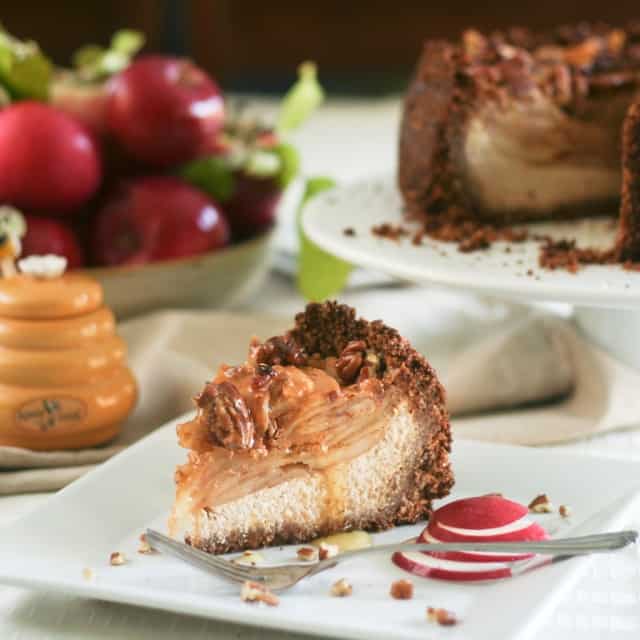 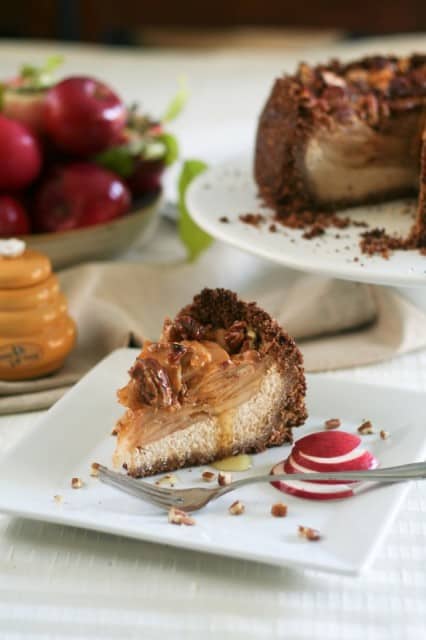