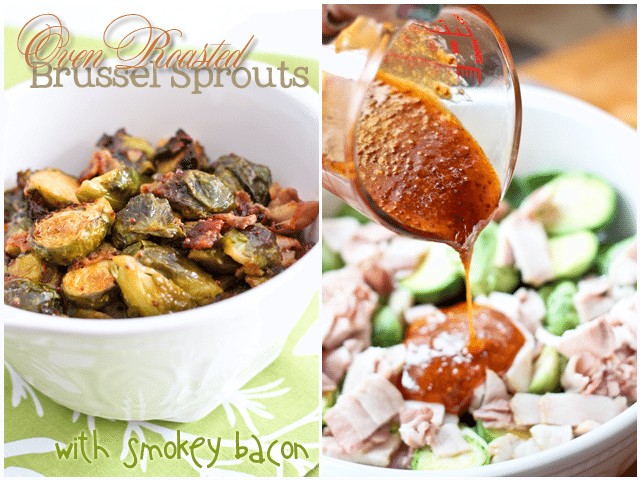 Not only this once, but another time after that also (wait ‘til you see THAT recipe!)

But wait! That’s not all.

WOOHOO! That means in 3 weeks, I will have a freezer full of happy, well cared for and well fed meat.

I so can’t wait!  Now, I’m really all set to give the paleo lifestyle a real, official go.

Not that it hadn’t been official yet, mind you… I’ve been eating strictly paleo for well over 2 months now, but up until now, all my meat came straight from the grocery store.

Except for that bacon.

It was of utmost important to me that, if I was going to have bacon, it be made from organic pastured pork and be entirely antibiotic, hormones AND sugar free. Because well, GOOD fat is good for you, but fat that comes from poorly raised animals isn’t. 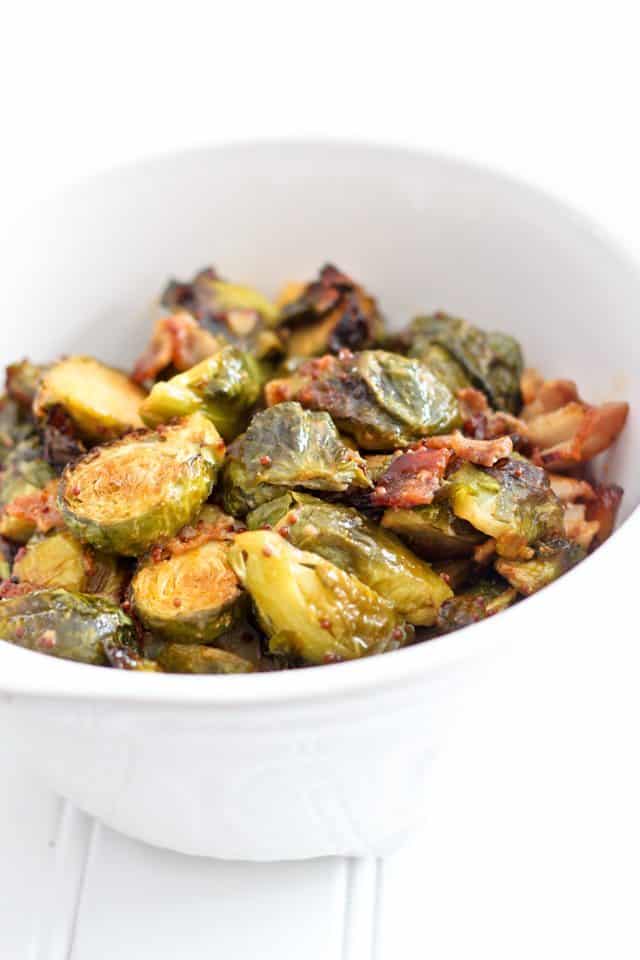 It had been ages since I’d last had bacon and to be honest, I felt really strange eating this.

For years now, I’ve been conditioned to believe that bacon was the pinnacle of unhealthy foods, that it was nothing but a bunch of fat and that it would do nothing for me but clog my arteries big time.

But I’m slowly changing my views on the subject… 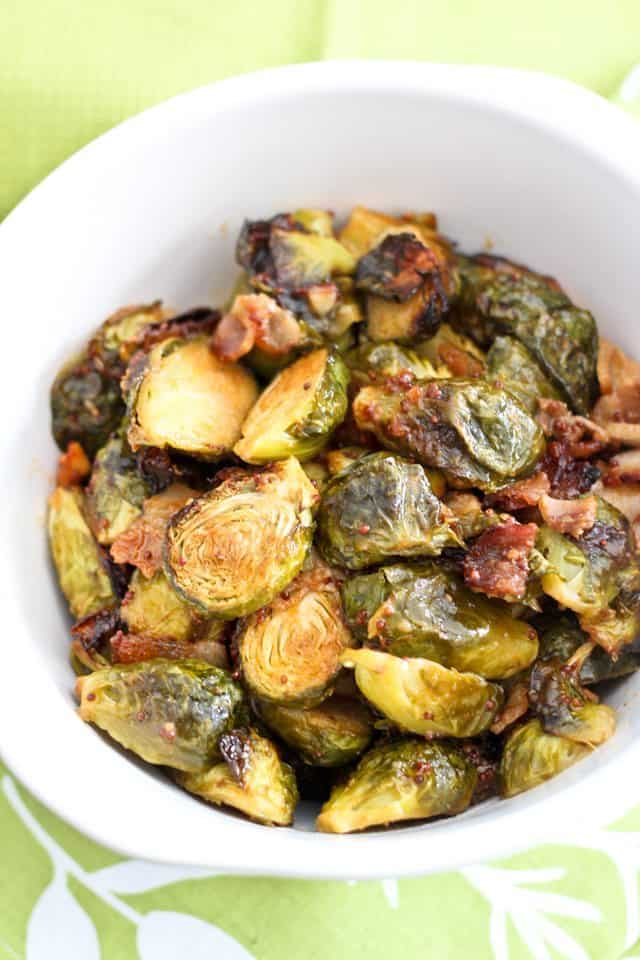 So, since I’d been drooling for years now over the Sprouts / Bacon combo, it felt only normal that my first time having bacon after so long would be as a part of this recipe.

Man oh man was that good!

Two of my ultimate favorite foods in the whole wide world reunited in one single dish.

I can’t even begin to express how happy I am at the thought that I’ll be able to have this one on a regular basis and not feel ONE BIT guilty about it.

I so know what I’ll be making as soon as my meat order comes in! 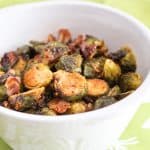 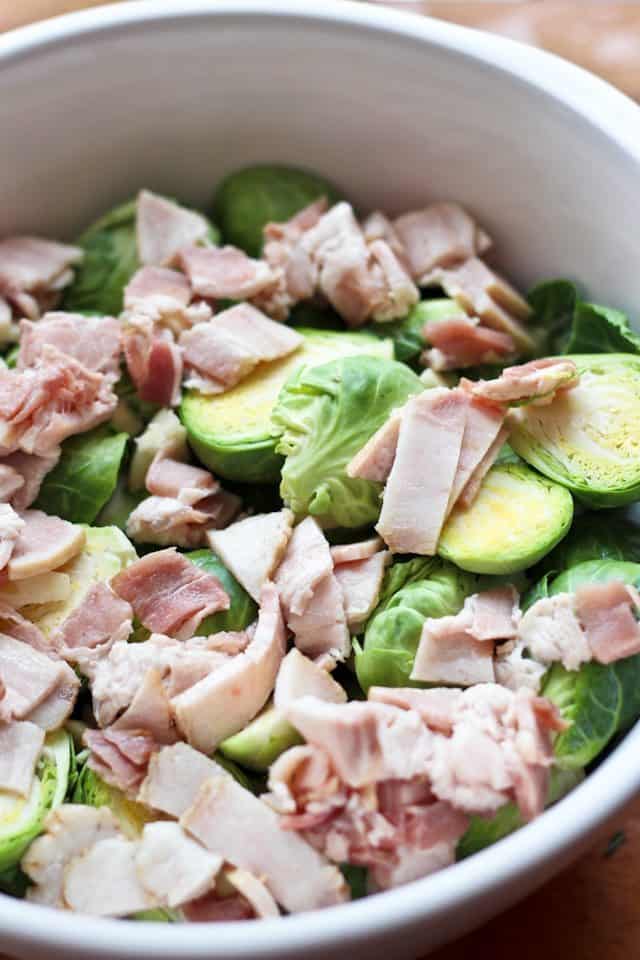 Add Brussels sprouts and bacon to a mixing bowl 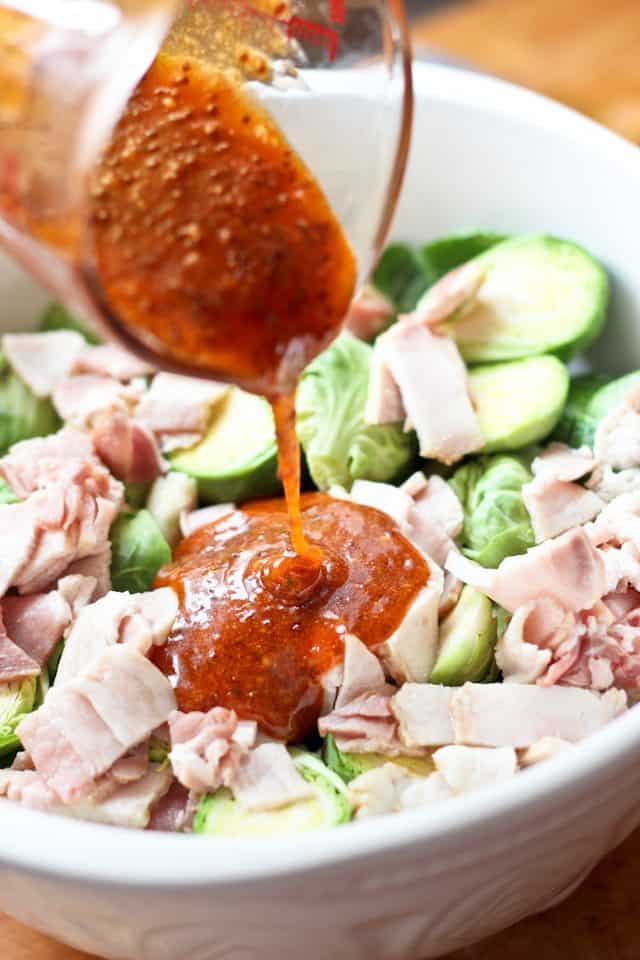 Pour in delicious sauce (don’t eat it all by the spoonful!) 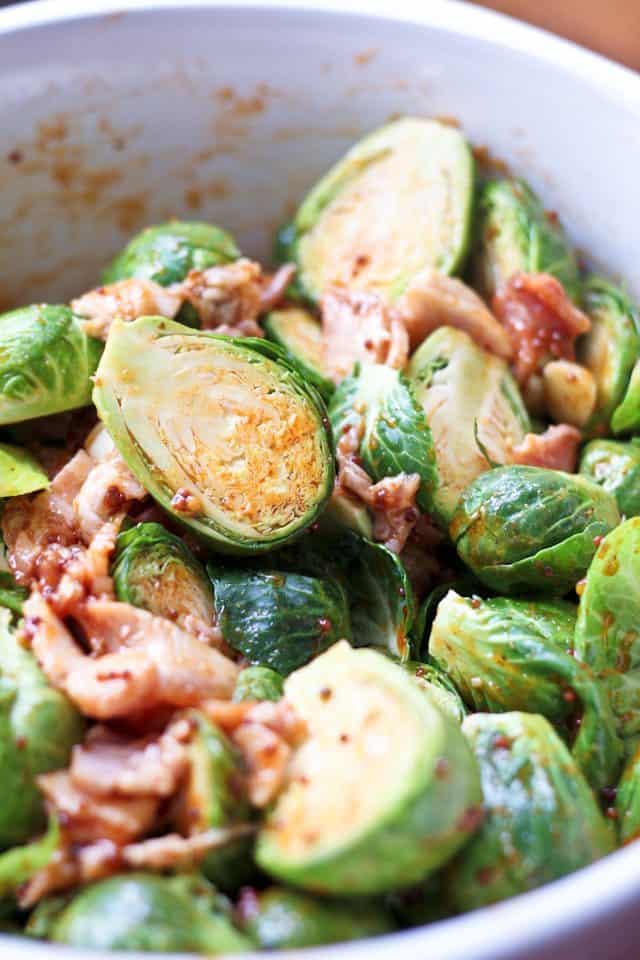 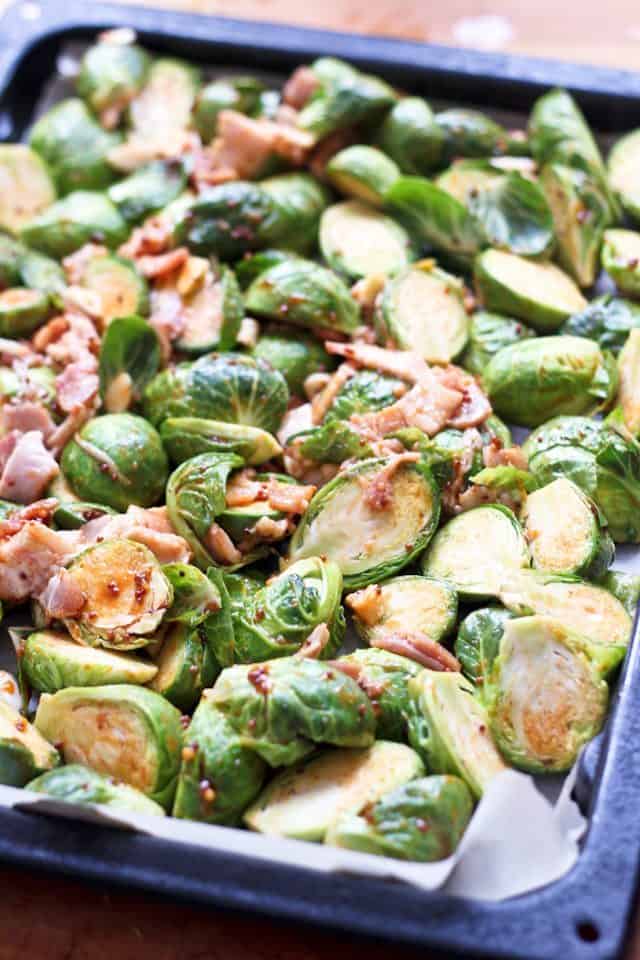 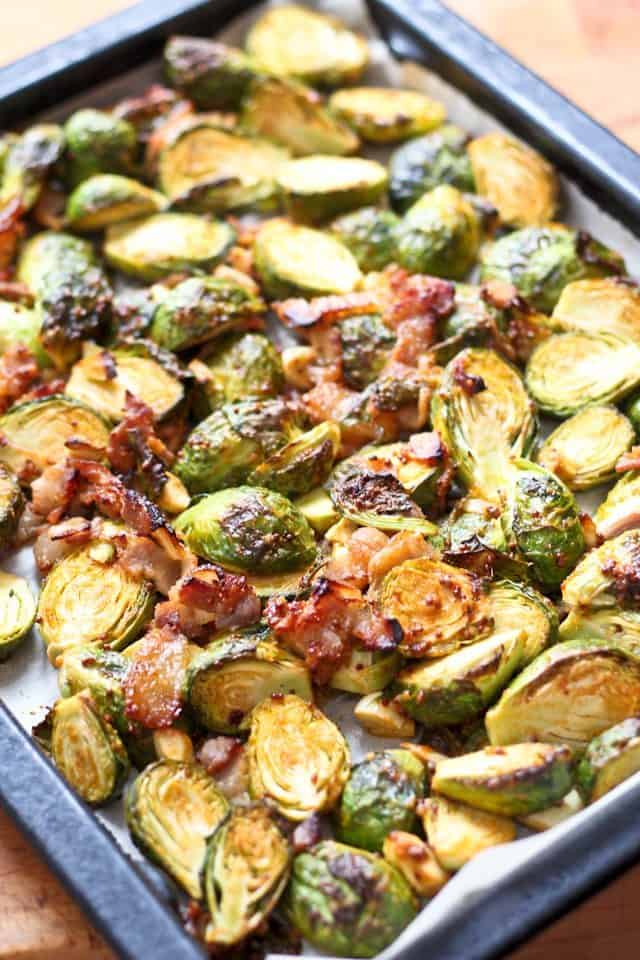 Bake until beautiful and golden brown and nice and tender and so crispy and oh so deliciously fragrant! 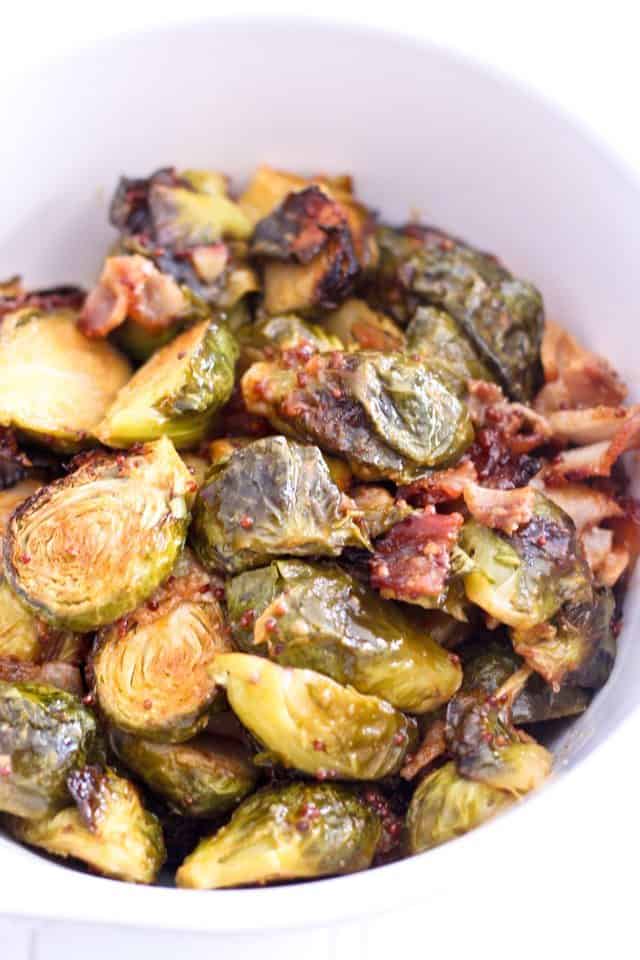 Transfer to a serving bowl and share with your friends and family!

HEY! Where are you going with that bowl?