So I kind of was in the mood for Scotch Eggs last week, but I was also feeling a tad lazy…

That, and I really didn’t wanna have to deal with another brutal session of hard boiled egg peeling!

So I thought: “why not cook the eggs directly in the meat instead? That way, I won’t have to cook and peel them first, which will save me a lot of time and aggravation!” 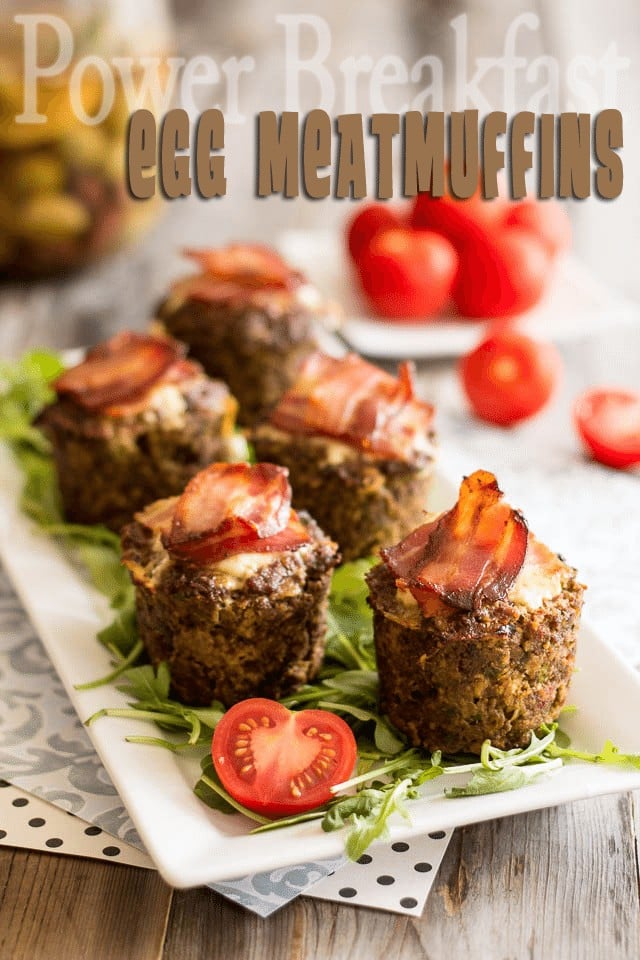 I know, I know. It’s probably been done countless times before, so I didn’t invent anything here.

Still. It’s something that I had personally never tried and figured was very well worth testing. 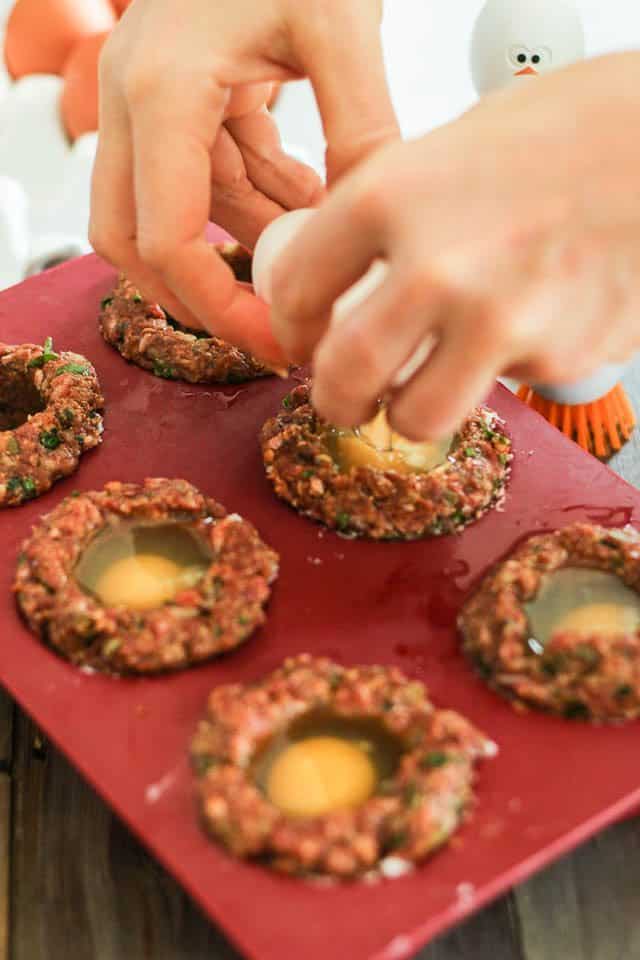 So what I did is I placed my ground beef in extra large muffin cups and made a deep well right in the middle of each cup.

Then, I cracked an egg right in the middle of each well. 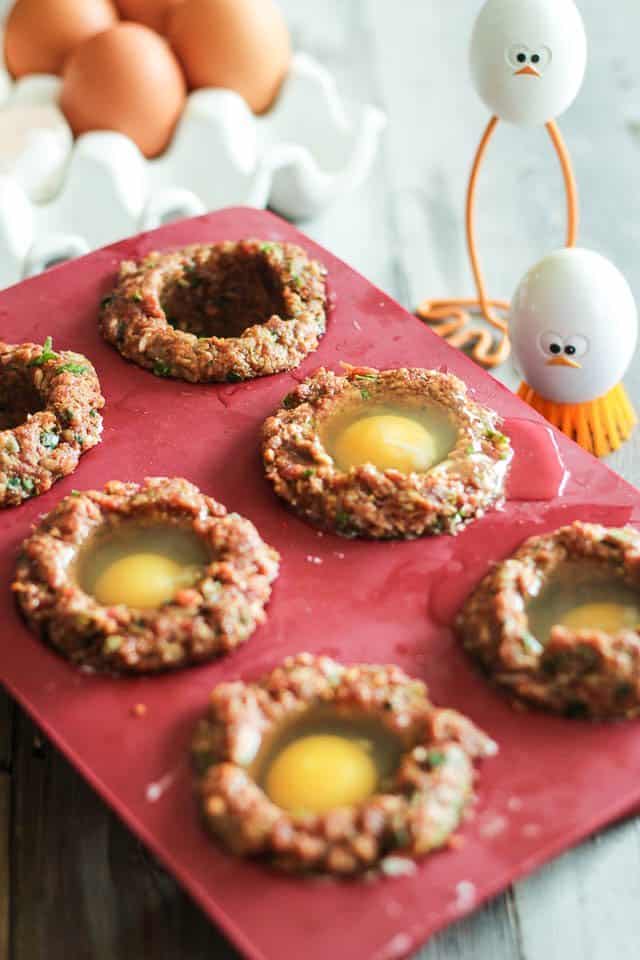 Just to be on the safe side, I thought I’d bring in my very own supervision crew to keep a close eye on the operations!

Judging by the look on Shorty’s face, I take it he wasn’t too impressed with that leakage, there! Thank goodness he was a good sport and didn’t say a word, but he probably just stood there, thinking to himself that I was seriously lacking talent with eggs: “That poor girl can’t peel cooked eggs without completely shredding them to pieces and now she can’t even pour a fresh one into a hole without making a mess…”

I get no respect from my kitchen gadgets, I tell you! 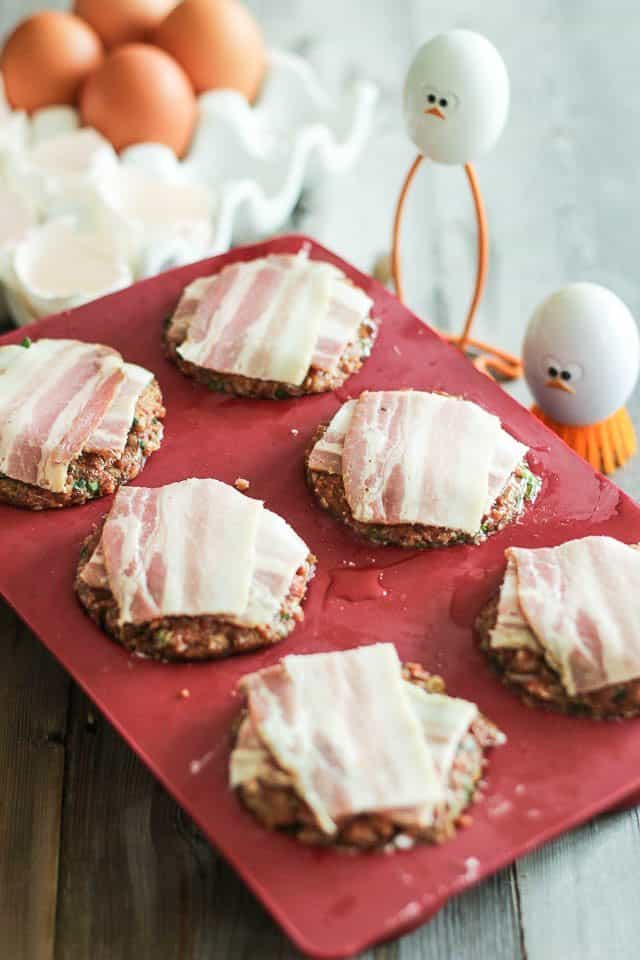 If you happen to have the same ones at home, don’t be fooled by their innocent look! Keep a close eye on them, for they might be up to no good and stir trouble in your drawers when you’re not looking!

However, if you ask them nicely, know that they do a very fine job at making wells of the appropriate size to accept an entire egg, without *too much* spillage.

Looks like my  “Bacon Sealing” technique didn’t fly high with Shorty either… he still has that look on his face like he’s thinking I can’t do anything right.

Putting that baconey blanket right over the eggs helped to keep the moisture in and prevented them from drying out. At least they really appreciated the gesture! 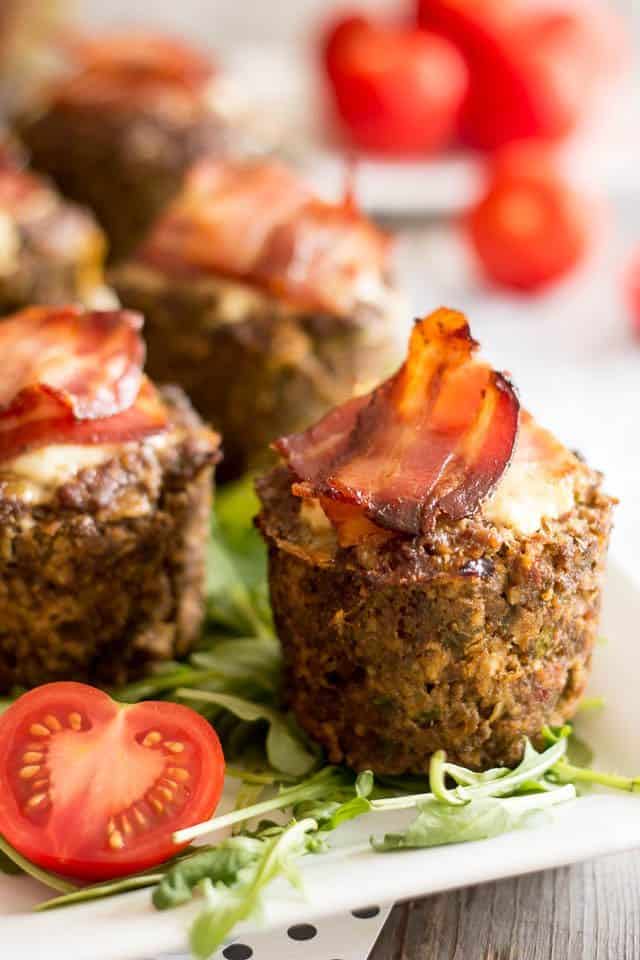 Now look at how nice and yummy these MeatMuffins were as they came out of the oven. These were destined to become my Power Breakfasts for the remainder of the week.

Let me tell you, they sure gave me a reason for getting out of bed in the morning: Meat, eggs and bacon, all rolled into one! What’s there not to like, I ask you! 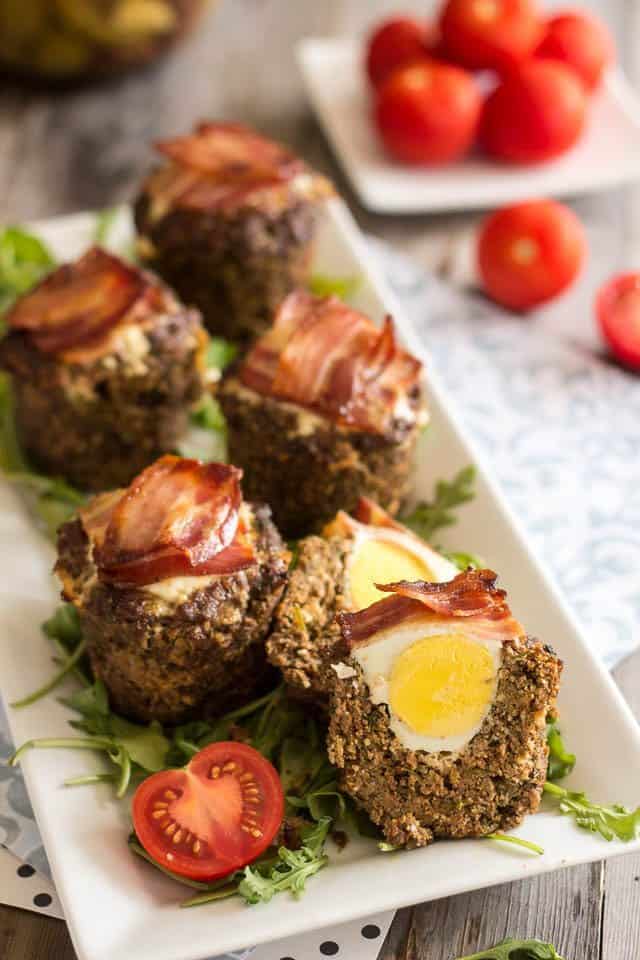 There’s actually LIVER mixed in with that meat! HA! Suddently, breakfast just got even better!

And even more so after you cut them in half to reveal the beautiful eggy center.

Ooooh, I like. Granted, they are not quite AS elegant as the Scotch Eggs, but since they required so much less work on my part, I won’t complain.

I’ll say they look mighty fine, if you ask me. Too bad, Shorty was nowhere to be seen that day. I’m sure even he would have agreed! 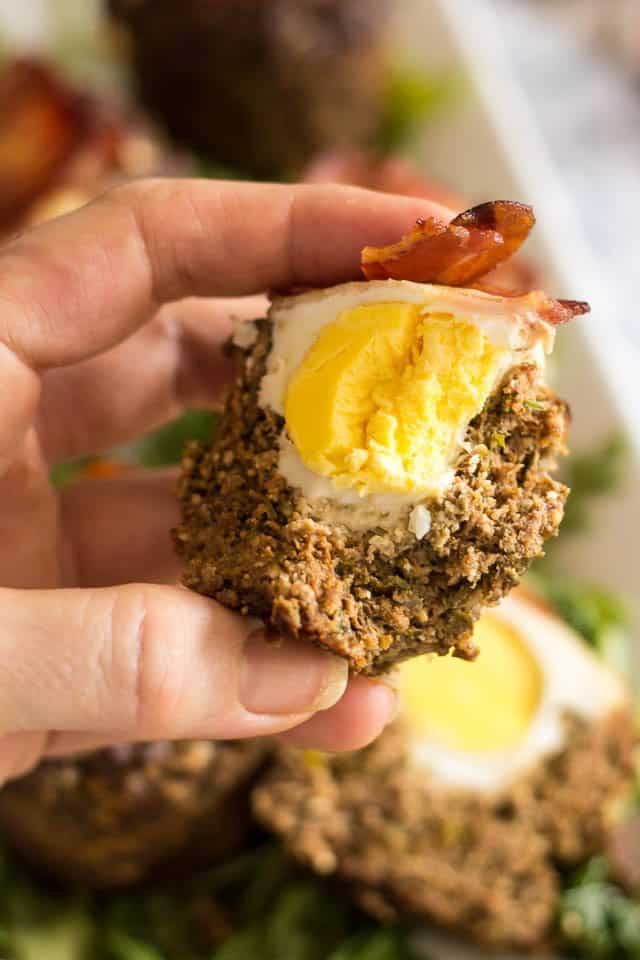 One last thing, before I go…

Personally, I find that these things taste MUCH better when you eat them with your hands.

Hey, they are called muffins after all, aren’t they? Would you ever consider eating a muffin with a fork and knife?

HA! I thought not…

So there you have it. You have my full permission to go at these with your bare fingers. 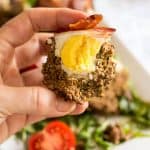