I hereby officially declare cauliflower to be my new BFF.

Why just now, you ask? Well, before recently, I never knew how immensely AWESOME this cool looking white headed dude could be!

Would you believe me if I told you that I purchased (and ate!) height of them in the past month alone?

And I didn’t get much help to make ’em disappear either. Most of it got eaten by yours truly.

How did I manage to eat that much?

Well, first off, I really love it in its raw state so it makes it an ideal snack for me. When I sit myself down to watch a movie or something, instead of munching on chips, candy and popcorn, I like to fix myself a nice bowl of crudites, complete with a generous serving of raw cauliflower, which I usually tend to save for last since it’s my favorite. The problem with that however is, by the time I finally get to my beloved cauliflower, my kids will often have managed to mooch half of it from me.

Hmpft. Apparently I’m not the only one who appreciates raw cauliflower in this household!

Hey, not that I’m complaining!

What mom wouldn’t want to see their kids munching on cauliflower? 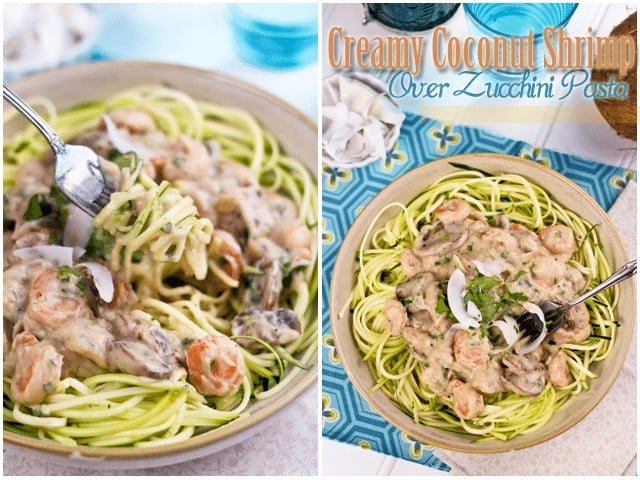 But cauliflower’s deliciousness as a movie snack alone wouldn’t be enough to make me declare it my new BFF.

There’s a lot more to it than just that. For instance, have you ever tried making Grain Free Tabouleh using cauliflower in lieu of bulgur?  OMG, it’s to die for. Even better than the real thing, I tell you. No word of a lie.

Cauliflower, as I just recently discovered, has the ability to be turned into the creamiest, smoothest and silkiest concoction ever.

You can then use this to make luscious, creamy dreamy soups and sauces.

How friggin magical is that? 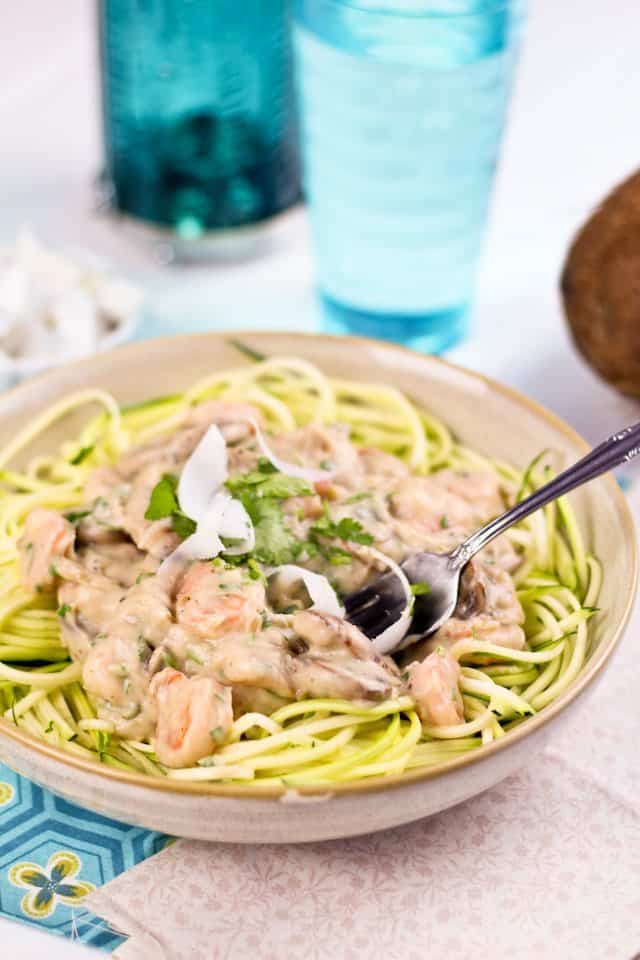 Further to my recent success with this wonderful vegetable, I decided to push the envelope a little bit further and try making it into a a creamy coconut sauce.

I have to admit that I wasn’t convinced at all. I was really afraid that the taste of the cauliflower, no matter how faint and subtle, would really butt heads with that of the coconut and that the resulting combination of flavor would be just plain awful.

Much to my [pleasant] surprise, it wasn’t the case at all!

The resulting sauce was extremely smooth and creamy with a nice touch of coconut. I’m not sure I could say that the cauliflower was even noticeable at all. If you had no idea it was there, you wouldn’t be able to tell, that’s for sure.

I think if I was to redo this one, however, I’d probably double the amount of coconut cream and add a little bit more garam masala.

And perhaps I’d even throw in a good handful of freshly grated coconut. Or dried, if I didn’t have any fresh on hand.

I would go all out and give it a real BOLD coconut personality. 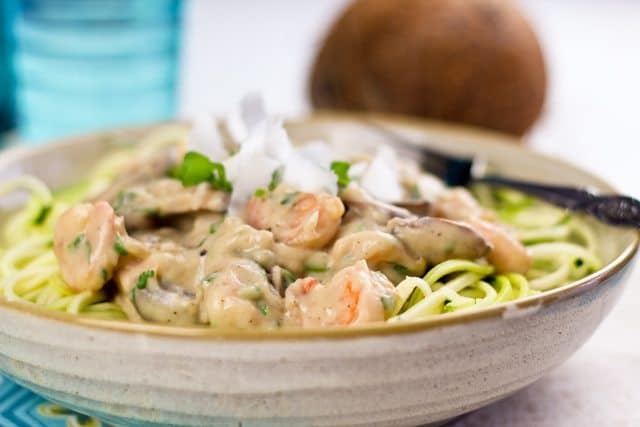 Still, all in all, I’d say this was a complete success.

And you know what else?

As an added bonus, it reheats absolutely wonderfully.

The heat of the sauce alone is enough to soften the zucchini, but popping it in the microwave for a few minutes actually contributes to wilting the zucchini, making it that much more “pliable”. Plus, it also gets it to release some of its liquid, which, when mixed in with the sauce, turns the whole dish into a creamy dreamy coconut-y shrimp wonderland.

Even my son looked at my plate and said that it looked pretty darn yum! Much to my surprise, he then asked if he could get a taste. After I quasi-nervously handed him the plate and fork so he could have a bite, half expecting him to swallow unconvincingly and declare that it wasn’t at all what he expected, he instead exclaimed that it was… really good!

A son approved dish just HAS to be a keeper! 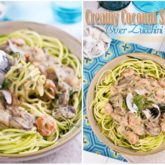 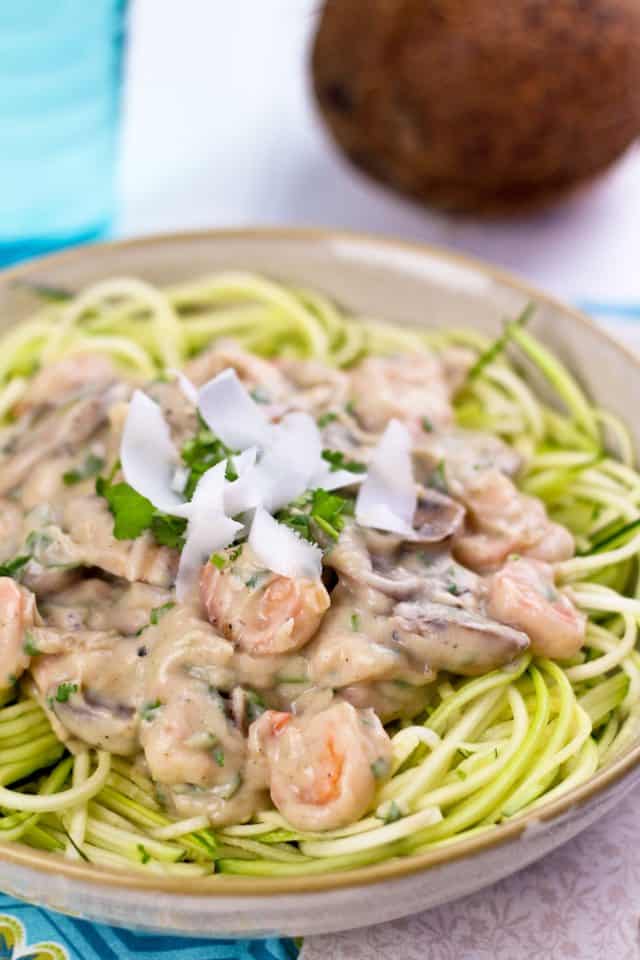 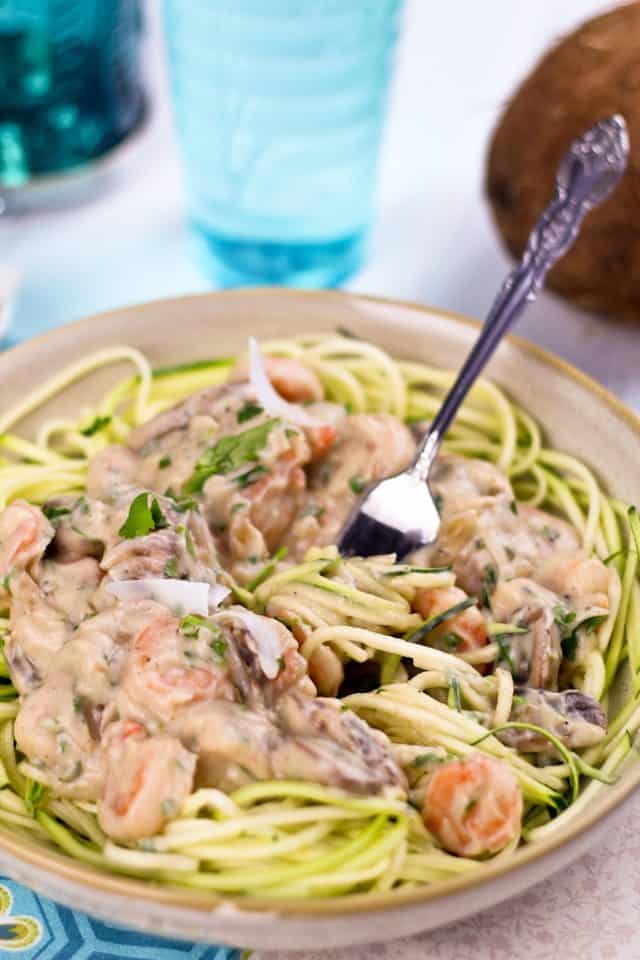 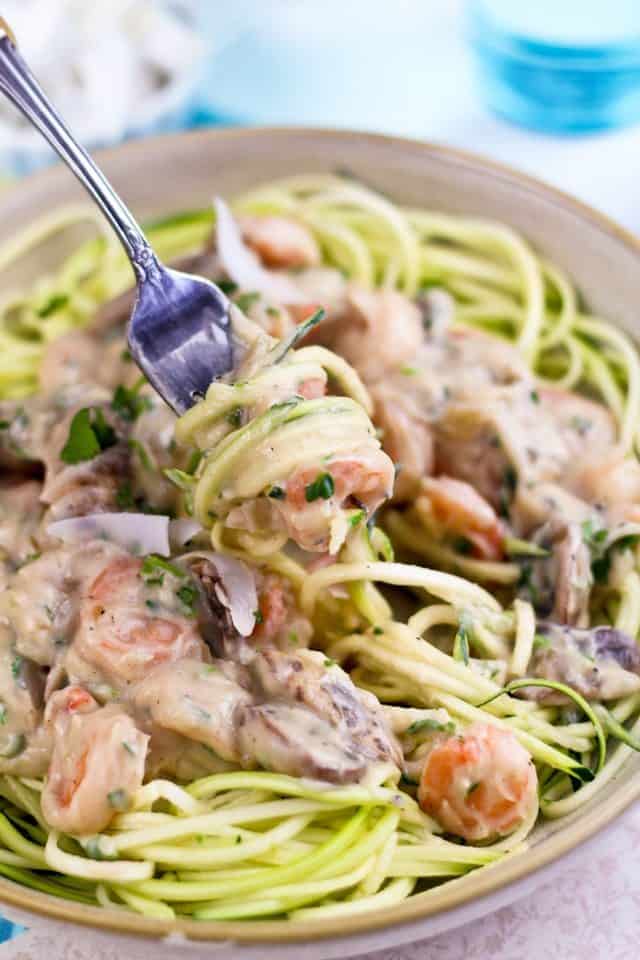